Dorian Wood is here to curve your binary gender traps. The LA-based singer and performance artist proudly bares it all in the video for “Martillos,” the second track to receive a music video release from their all-Spanish album, Xalá.

“The song ‘Martillos’ is a meditation on forbidden love and binary gender traps,” Wood says. “The love I have for my protagonistspercussionist Marcos Junquera and bassist Xavi Muñozis hardly forbidden, but it is strong and familial. I trust them with my life!” 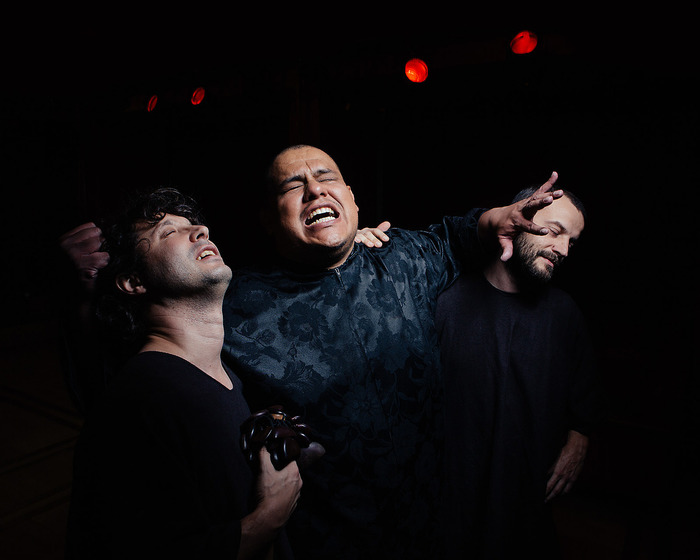 The video is a visual journey that renders a bloodied, naked Wood, together with the bandmates he grew to love while on tour in Europe, in the ultimate intimate circumstance: a haircut.

“I wanted to show the world how beautiful these men are to me in appearance, discipline and vulnerability. They are among the kindest, most generous people I’ve ever met,” Wood says. “Visually, I was inspired by paintings from the Baroque era, as well as the French film Therese by Alain Cavalier. Putting my thick, gorgeous, bloody brown self in the video is part of my mission to decolonize the fuck out of these styles. We shot the video in one afternoon in a theater in Zaragoza, Spain.”

We asked Dorian Wood a few questions on the day of his exclusive video premiere on INTO:

“Martillos” is about forbidden love and binary gender traps. Can you elaborate a little more on the meaning behind the song?

Sometimes things that bring you immense pleasure and things that confuse the fuck out of you come crashing together. Why gender? Why the pleasure of excess?

When we last spoke you mentioned Martillos is a “clapback” can you go into detail how and who you’re clapping back at?

It’s a clapback at assholes who trivialize the importance of pronouns and respecting individuality. I acknowledge the hardships of coming to terms with one’s identity. The lyric “Es de parir una montaña por el ombligo”something as painful as birthing a mountain through your belly button. It’s not news to me or anyone else who goes through it, only I acknowledge it in meI own it, you can’t fuck with me, I’m more of a woman than you. This, by the way, is directed at men. I would never ever pretend to be more of a woman than anyone who identifies as a woman.

You ascribe a lot of trust to your bandmates, who are the protagonists in “Martillos.” How did you and your bandmates come to meet? Why are they significant to you?

I met Xavi and Marcos through my booking agents in Europe. They are based in Spain, and they played with us on our first European tour. We developed a near-effortless chemistry, and years later, we play music a lot and just enjoy each other’s company a whole lot. 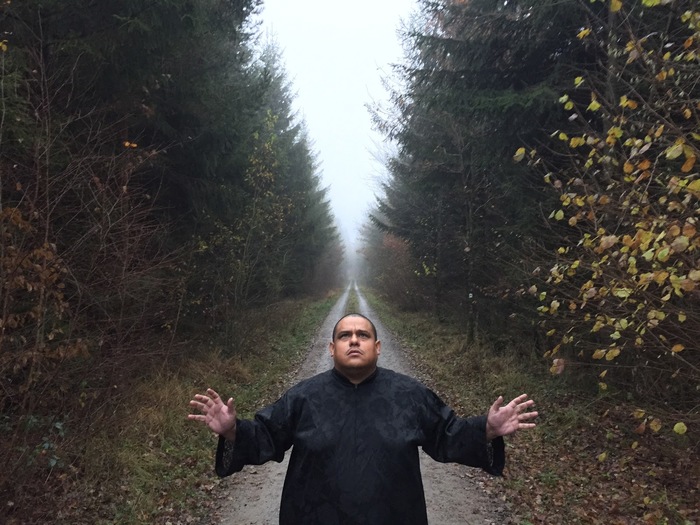 How does this song illustrate your feelings about inequality between the sexes?

I am afeminist ally. As a man, I will never get it right all the time, and I am always learning. My support for women is focused and present in my life as much as I can make it, be it in voicing support or stepping aside, but I’m a man and I recognize that I will sometimes fuck up.

How did you come to be a feminist?

I’m not an asshole.

How have telenovelas influenced your art?

I think telenovelas have inspired my pursuit of intensity, certainly. Also, my love for relishing every Spanish consonant, as well as for talking to myself. Mad love for El Extraño Retorno de Diana Salazar, Tu o Nadie, Mi Pequeña SoledadI guess anything with Lucia Mendez or Veronica Castro. Divas.

You bare it all in this video. What is the significance of this vulnerable act of exposing yourself to the world and what are you protesting?

I don’t feel vulnerable in being naked. It’s a fabulous outfit, this naked body of mine. I wear it on special occasions. I think people should show off their bodies more. Everyone’s own haute couture.

What’s next for Dorian Wood? 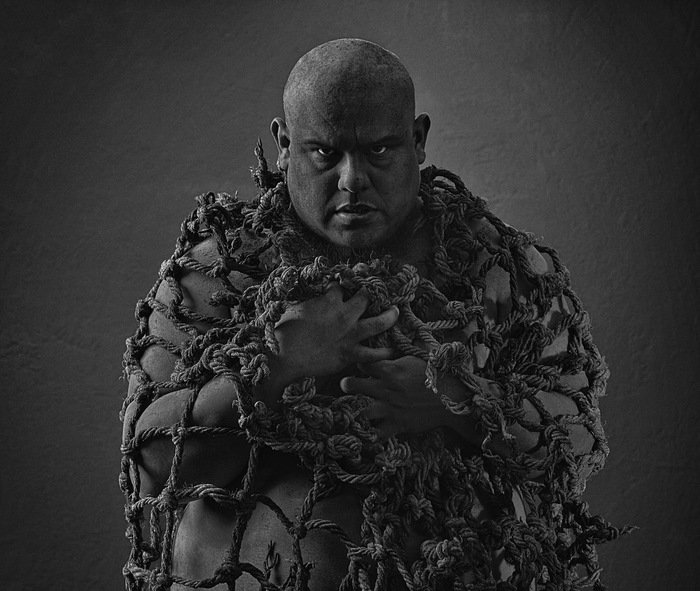 Wood’s first video from Xalá was debuted on Huffington Post, along with the words, “I’m Gay, I’m Angry and I Made A Dirty Music Video.