The Coachella lineup was announced yesterday and gay fans were elated to see that our queen, Ariana Grande, will be one of the three headliners this year, making her the fourth woman to ever headline the festival. However, the “thank u, next” singer isn’t the only person to get excited about—the 2019 Coachella lineup is packed with LGBTQ artists that just may draw me out to Indio, California for the very first time.

Coachella hasn’t historically been the most queer-friendly space, as one of the festival’s owners at the major entertainment corporation behind Coachella is very publicly anti-LGBTQ. However, the lineups have been getting gayer and gayer each year. So, tradeoffs!

Here’s what LGBTQ fans have to look forward to in April. 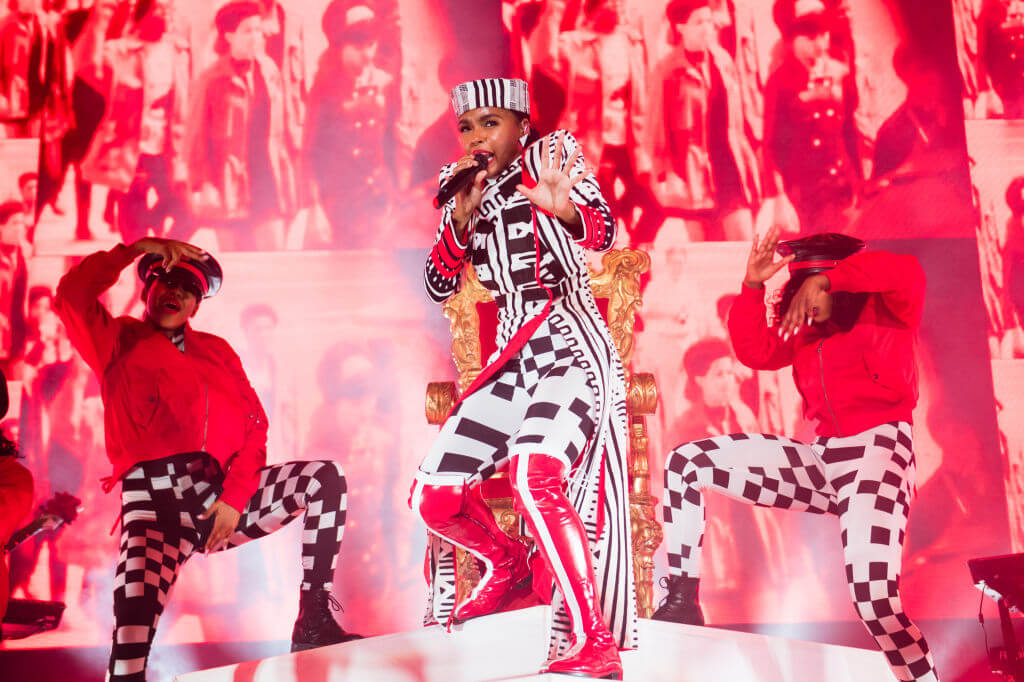 Janelle Monae memorably came out as pansexual last year, releasing a visual album, Dirty Computer, which featured her flirting with Tessa Thompson in multiple music videos. In 2018, Monae gave us queer pop music, dapper red carpet looks, and vaginal harem pants for Tessa Thompson to poke her head through. This year, she’ll be storming the Coachella stage Friday, April 12th and 19th. But be forewarned, Janelle: If you don’t bring out Tessa Thompson in a suit, we’re leaving!! 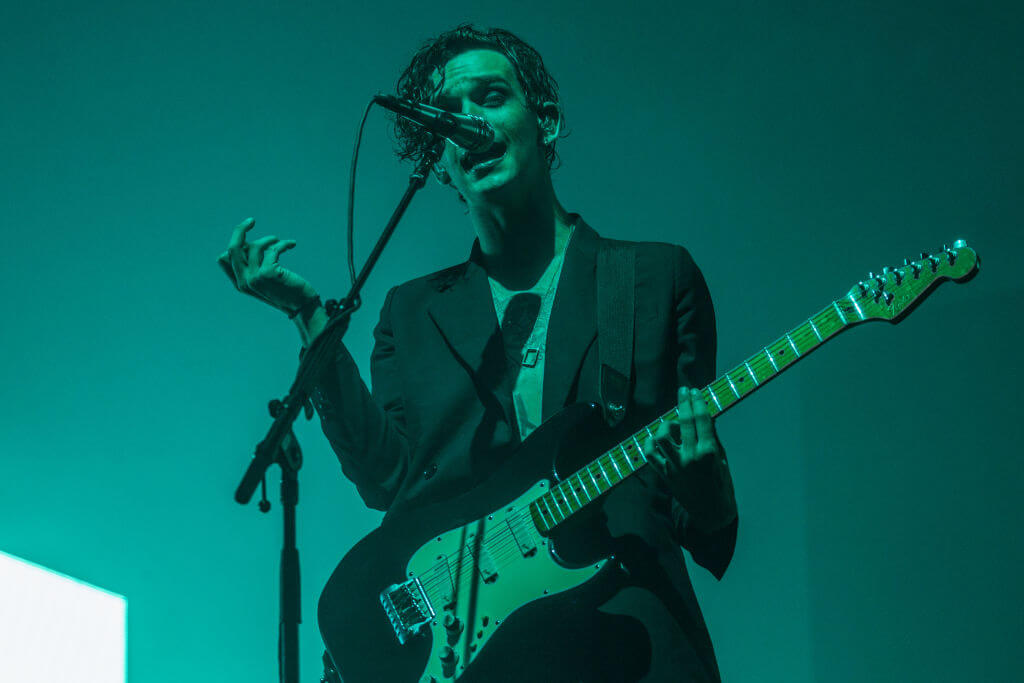 In the past, The 1975’s lead singer Matty Healy has alluded to being queer, and his band will take the stage alongside (or in the shadow of) Janelle Monae on the Friday dates. 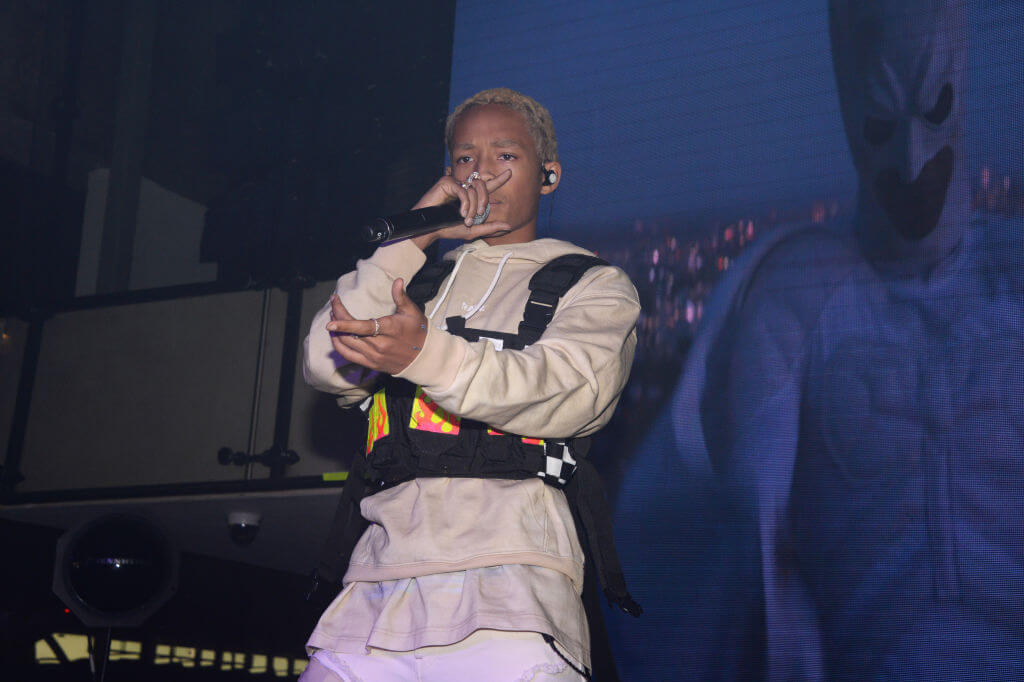 The infamous spawn of Will Smith and Jada Pinkett-Smith will be performing this year. In 2018, Smith announced that Tyler, The Creator, who is an out bisexual, was his “fucking boyfriend,” and later confirmed it again on Twitter. Although many speculated that Jaden was joking, the artist has also taken to Twitter to slam those who have criticized his gender-bending outfits. The 20-year-old released an album toward the end of last year. 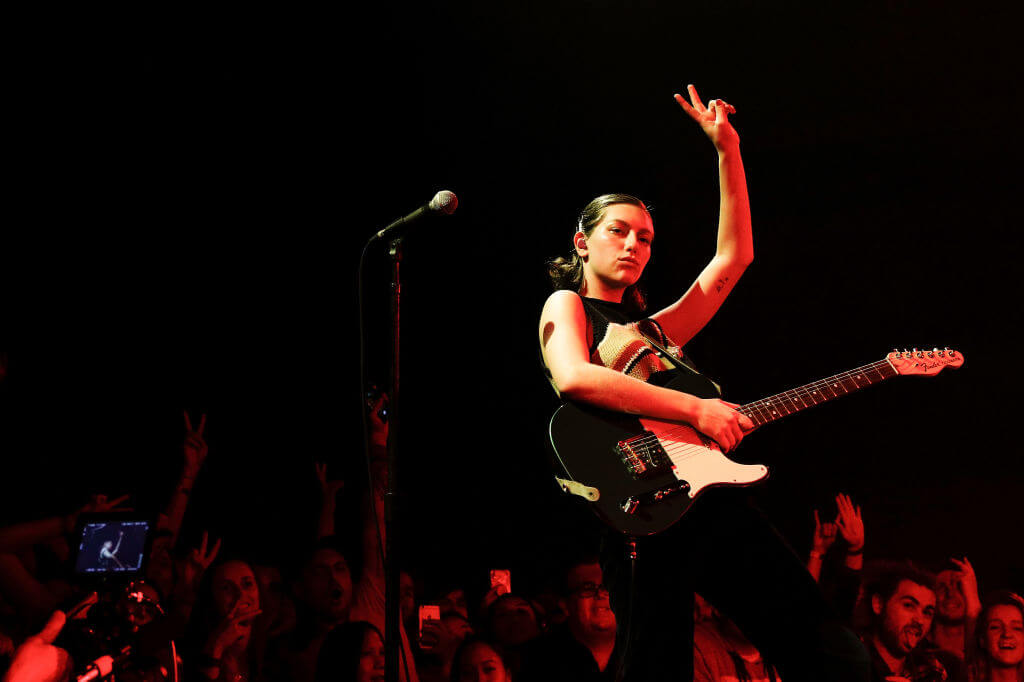 Mikaela Straus, best known as King Princess, really came for Hayley Kiyoko’s throne last year. In 2018, the gender-queer singer-songwriter released her debut EP Talia, along with a bunch of super-queer music videos, and a social media endorsement from Harry Styles himself. In November, she released another Sapphic music video called “Pussy is God,” and has also been publicly dating Amandla Stenberg. Lesbian Jesus better watch her back—there’s a new gay pop star in town (just kidding—in this house, we stan all lesbian pop stars and don’t pit them against each other). 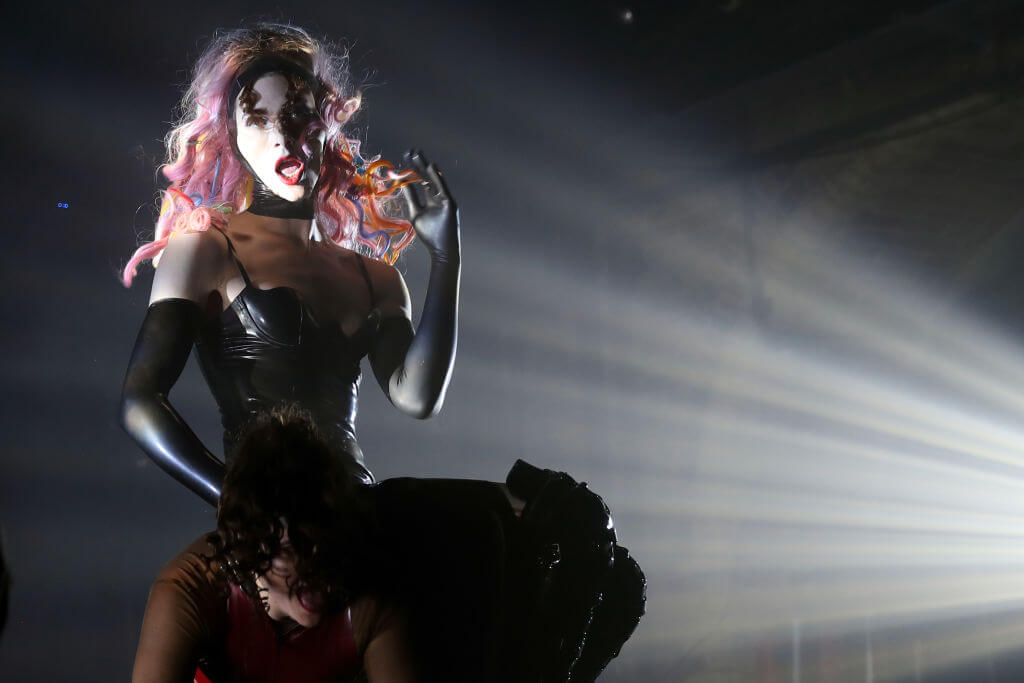 Transgender DJ and producer Sophie has produced for the likes of Madonna and Charli XCX, so she’s basically pop music royalty. This year, she also earned a nomination for her own album Oil of Every Pearl’s Un-Insides.

Hurray for the Riff Raff 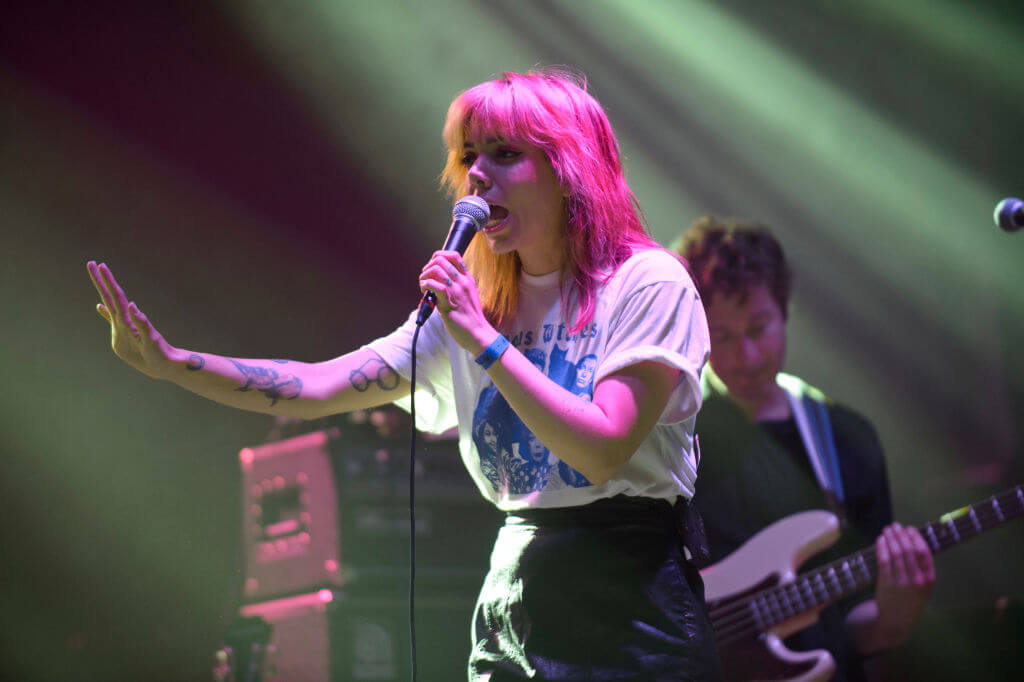 Led by queer Puerto Rican frontwoman Alynda Lee Segarra, Hurray for the Riff Raff will perform at Coachella this year. The band’s fiddler, Yosi Perlstein, is trans, too, making for a super queer band that sounds like folk rock with tinges of Lana Del Rey.

Christine and the Queens 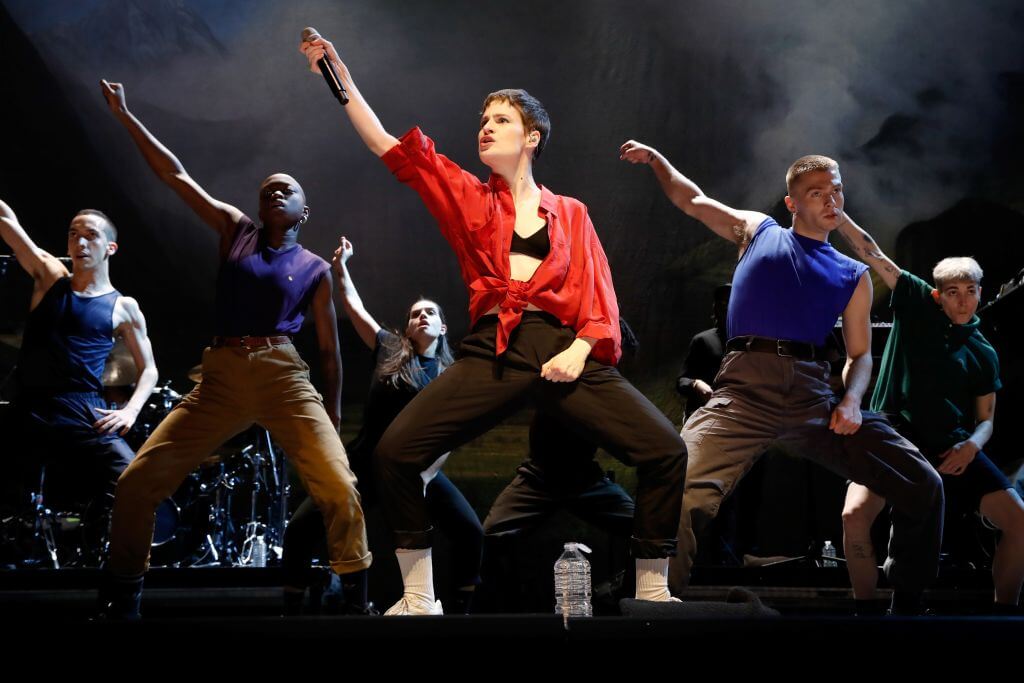 Another pansexual “queen,” Héloïse Letissier of Christine and the Queens will take the stage on Saturday, April 13th and 20th. On being queer and androgynous, the artist once told Dazed, “I wasn’t able to relate to the magazines and advertising I was seeing and their depictions of women. I was polluted by all of that and Christine and the Queens was a way to escape, a survival technique.” 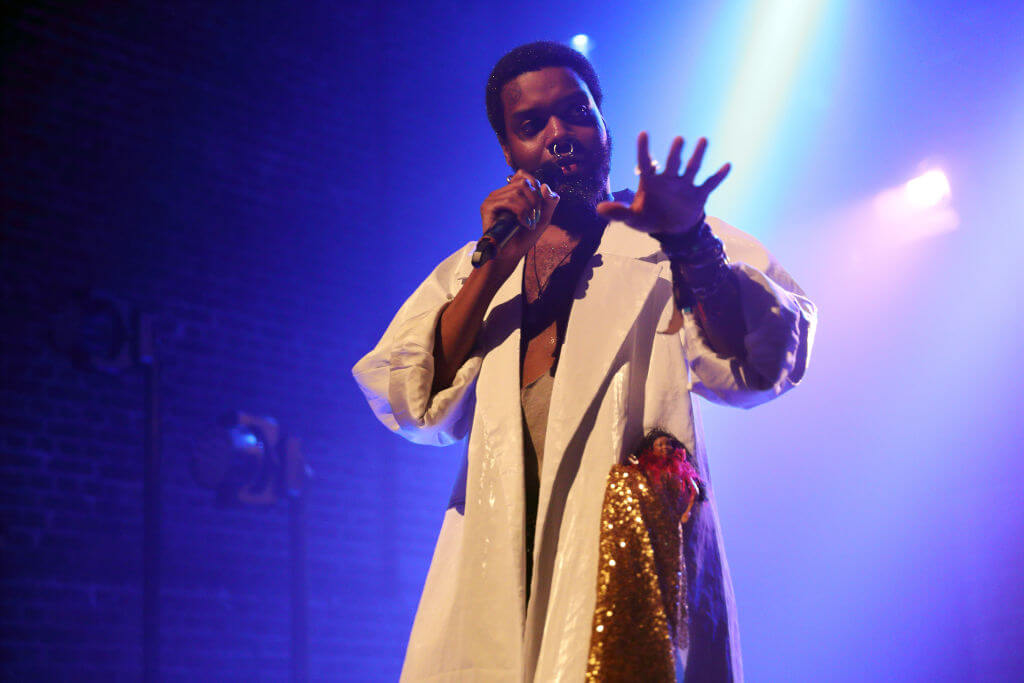 Also known as Josiah Wise, serpentwithfeet is an out queer musician, with a neo-soul vibe, who has worked with Björk and toured with Grizzly Bear. On growing up queer, he told NPR, “I didn’t know how to talk about how I was feeling. It just needed to be a full conversation, because my day is a queer day. I eat breakfast queer. I walk queer. I think that takes time for a young person.” 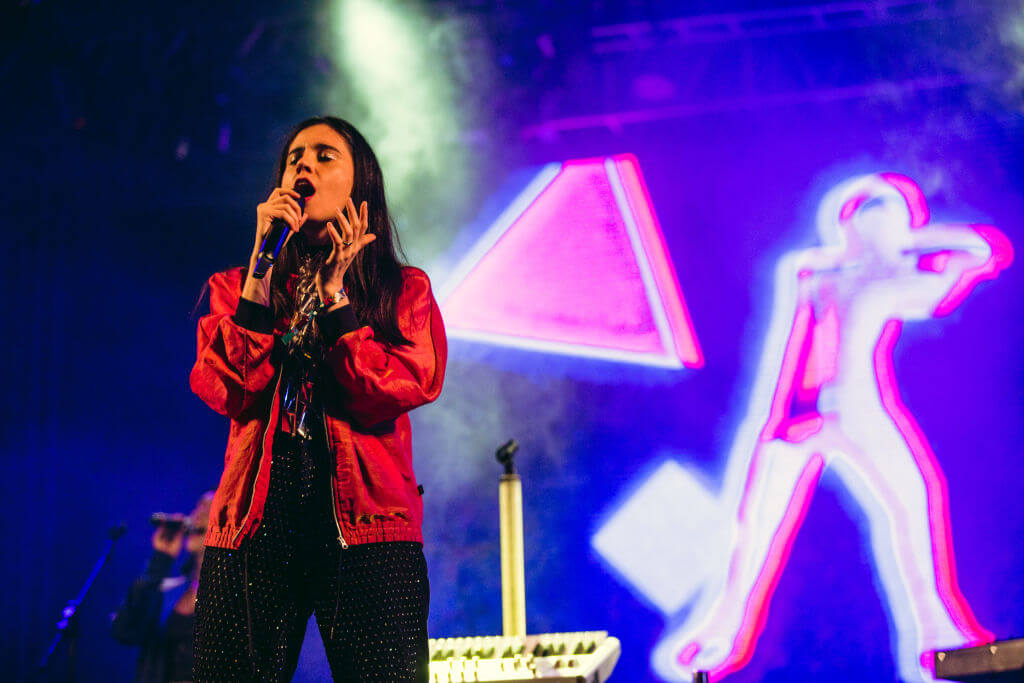 Javiera Mena is a queer lesbian Chilean pop star who has made trippy Sapphic music videos in the past. She’s making a splash stateside on the Saturday dates of Coachella. 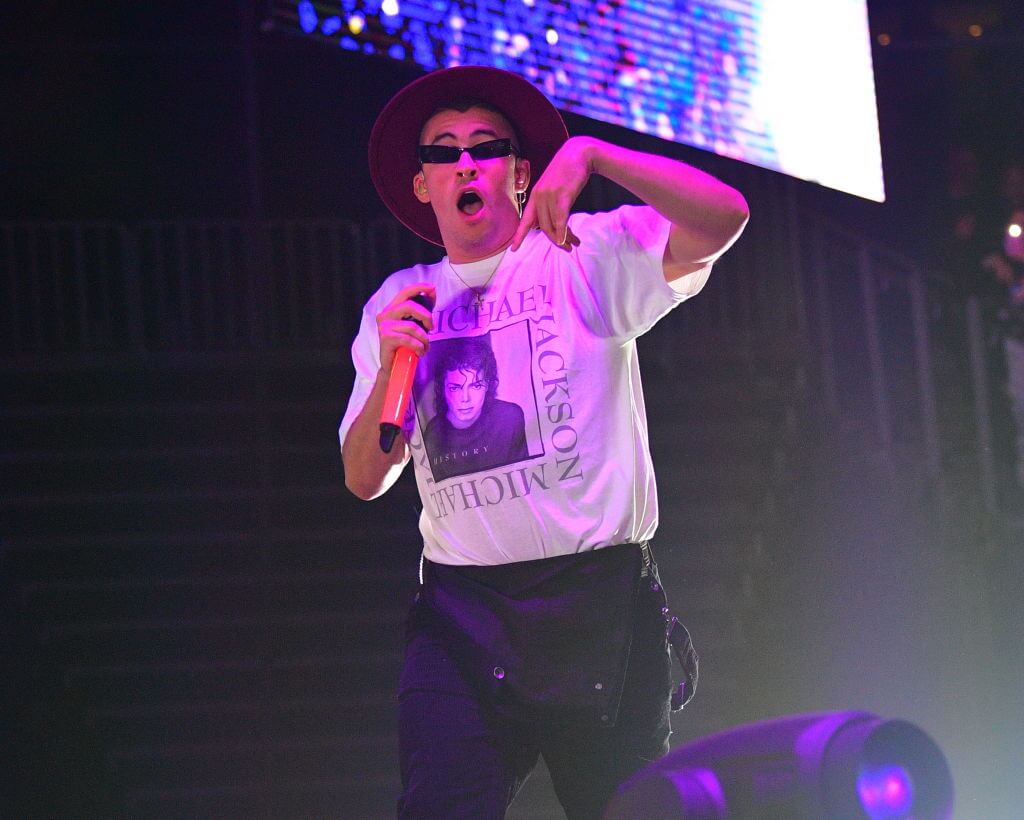 Bad Bunny may not be explicitly queer, but the Latin trap star has ruffled feathers by challenging the toxic masculinity that’s customary to hip hop and reggaetón. The Puerto Rican artist can often be seen donning feminine getups, painted fingernails, hot pink microphones, and giant hoop earrings. You may know him best from his 2018 collaboration with Cardi B and J Balvin, “I Like It.” 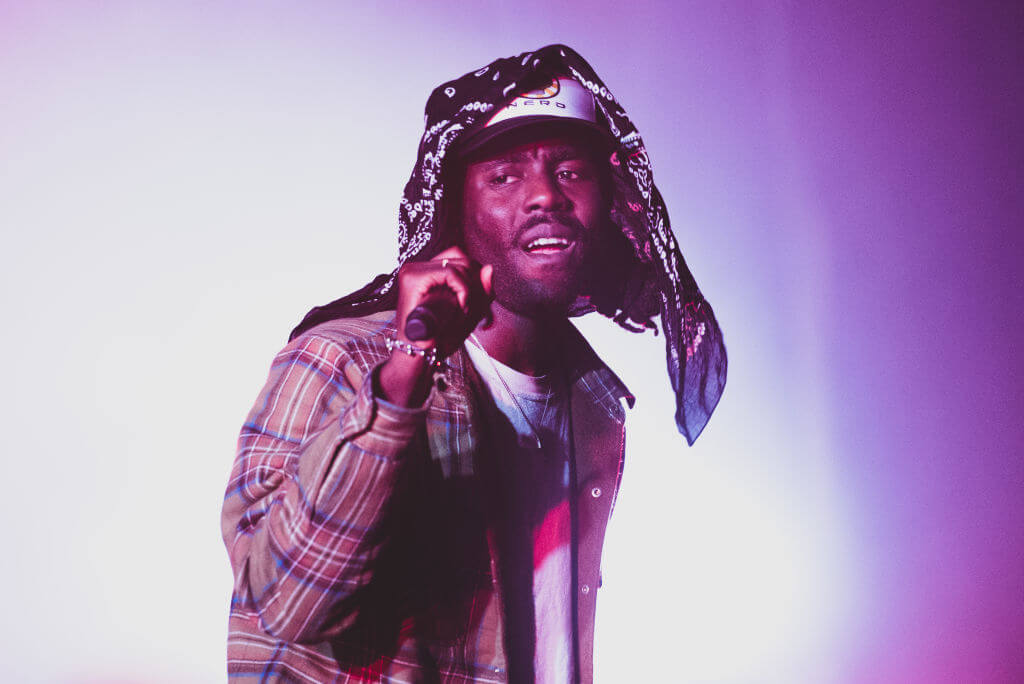 Blood Orange is the brainchild of British pop/R&B artist Dev Hynes, an inclusive artist who dedicated his first album to trans performer Octavia St. Laurent. He’s played with 1980s ball culture and has publicly announced how inspired he is by gay art. He doesn’t necessarily identify as queer or straight, but has admitted to being sexually attracted to men and transgender women in the past—so maybe he’s a little pan! 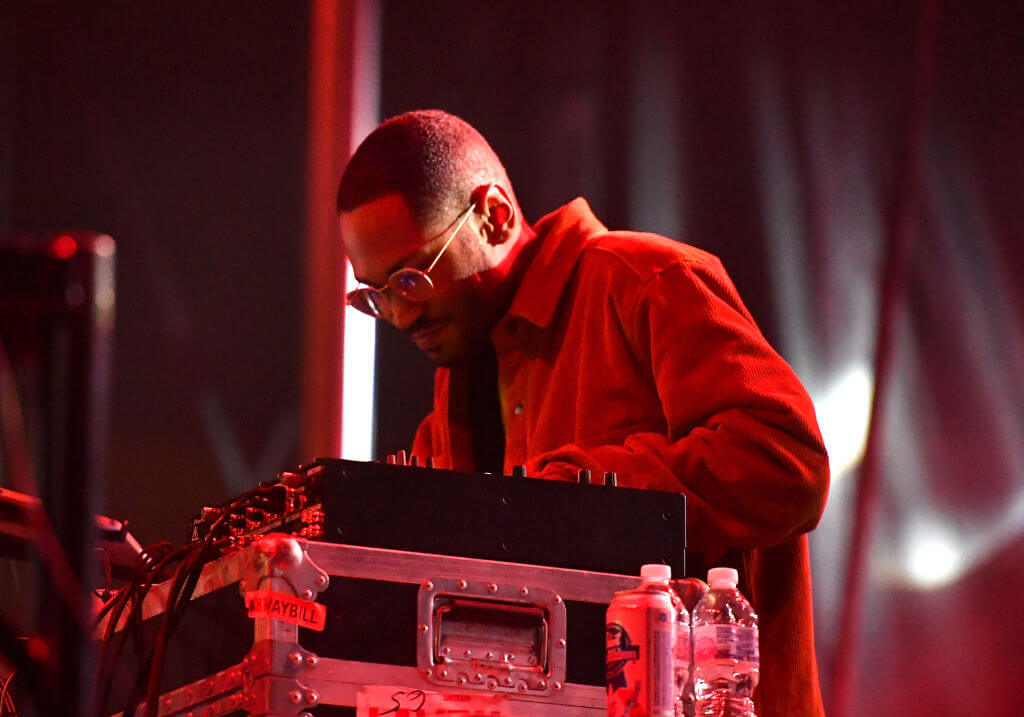 DJ & Producer Kaytranada came out as gay in 2016. The Haitian-Canadian artist told The Fader, “I felt like there were two people inside me. I was trying to be somebody I was not, and I was frustrated that people didn’t know who I was.” He will return to Coachella on the Sunday night dates, having performed in 2017, too. 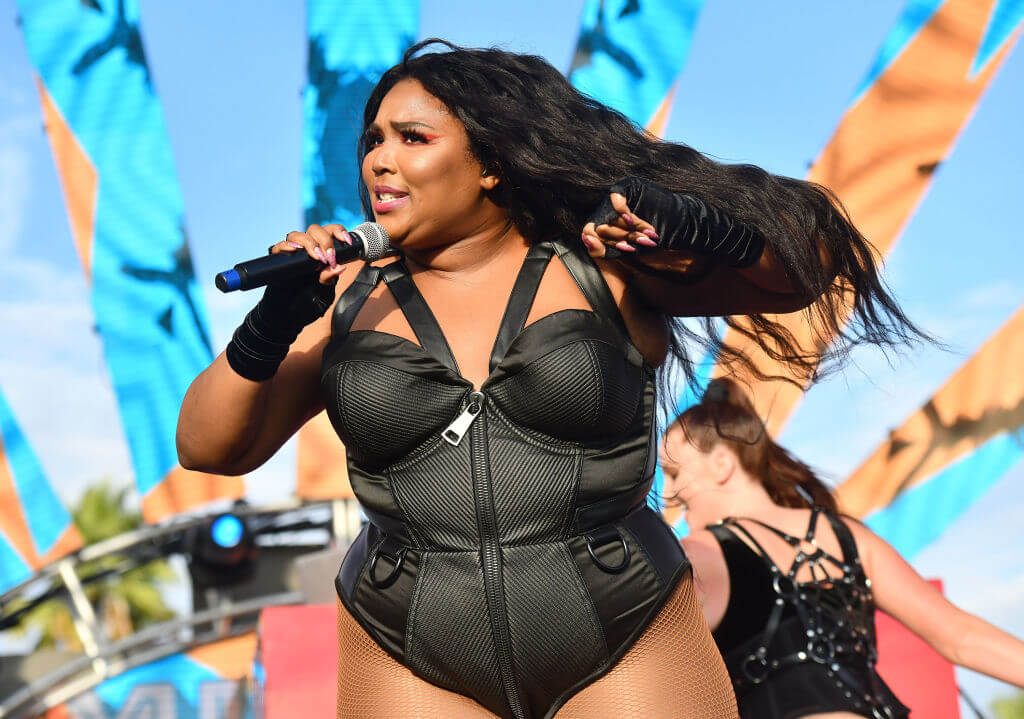 An LGBTQ fan favorite, the flamboyant rapper Lizzo will finally perform at Coachella, and will hopefully play the flute and hit the shoot live. Last year, the musician told Teen Vogue, “When it comes to sexuality or gender, I personally don’t ascribe to just one thing. I cannot sit here right now and tell you I’m just one thing. That’s why the colors for LGBTQ+ are a rainbow! Because there’s a spectrum, and right now we try to keep it black and white. That’s just not working for me.” 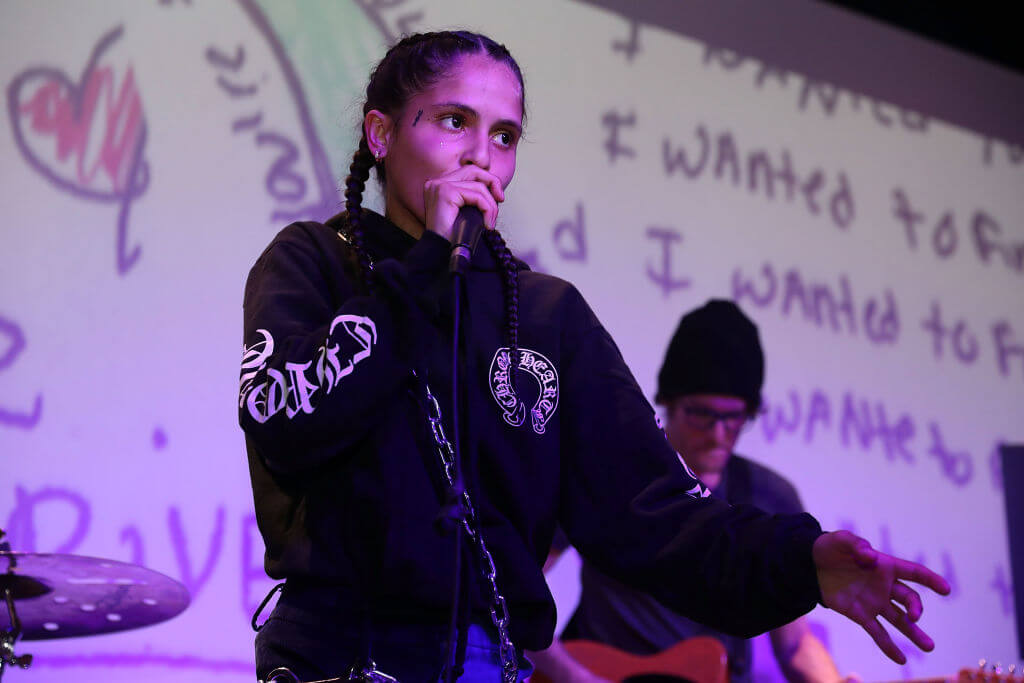 New Jersey rapper 070 Shake is getting her big Coachella break this year. The 20-year old MC told Billboard in 2018, “I do not see myself as being gay or being straight. I just like to see myself as who I am.”

Check out the full lineup here.