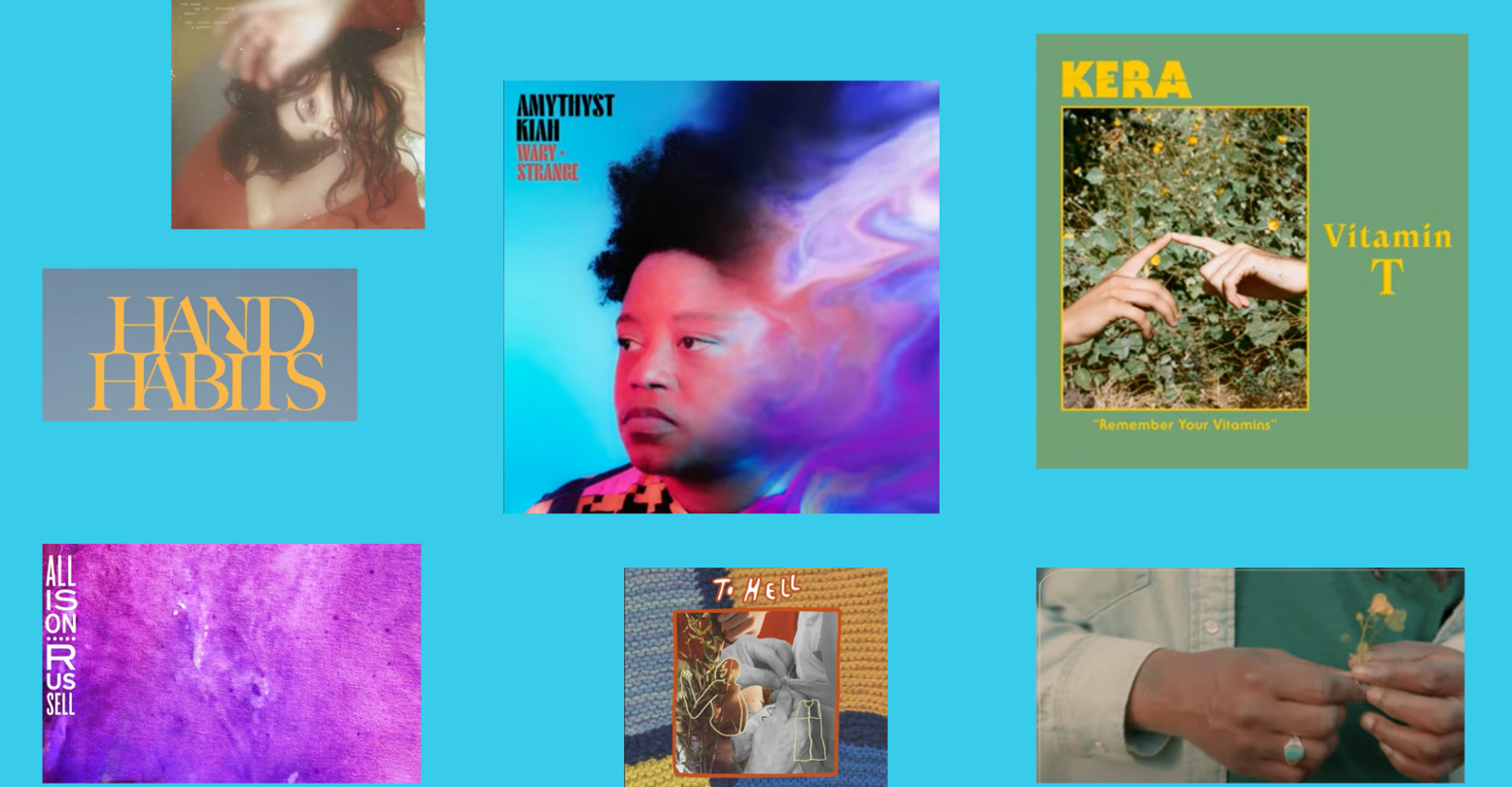 The American Cowboy is kept alive in the palms of pop culture only to be crushed to death by hands that held on too tight. Despite countless cultural resuscitations, the cinematic wild west keeps coming back with new takes on the same tired toxic masculinity. But cowboys cry too – they always have, and they still do.

Of all the things that can make a cowboy cry, loneliness and the beauty of nature are the top two; both of which come tearfully together to make for the ultimate all-encompassing presentation that is life alone on the open road. Speeding in a four-door Hyundai on the empty highway is the closest some people ever get to touching a lifestyle of such lawless liberation.

In lieu of hitting the trail horseback, we’re sitting in traffic and staring wistfully out the window as queer folk music fills the car. If you long for days under the Big Sky and nights blanketed by the stars, then there’s always a way to transcend time and space; catch a queer case of the Cowboy Blues with a playlist curated just for you to include some of our favorite LGBTQ+ country-folk artists right now.

Genderqueer L.A. based musician KERA (they/them) offers the audience a tender reminder to take daily vitamins with the 2019 release of their hit, “Vitamin T.” The steady albeit soft strum of an acoustic guitar leads KERA forward into lyrics that cite urges and meaningful connections as the things in life we humans can’t possibly ignore.  Echoed vocals lend an eerie distance to KERA’s all-knowing voice as they sing, “Follow urges you can’t ignore / Truly what life’s worth living for.” Styled with a posthumous clarity in real time, “Vitamin T” is KERA’s hauntingly thoughtful theory on love and life.

“Hannah Sun” stands to be the third soul-crushing single off of folk pop band Lomelda’s 2020 project, Hannah. A charmingly sad and scraggly guitar riff accompanies the lone voice of Lomelda’s human manifestation, Hannah Read, as “Hannah Sun” begins. Fearing a familiar shadow everywhere she goes, Lomelda seems to sing her way out of a spiral – almost as if every word breathily released takes away a piece of her with it. When given the choice to run away or show face, Lomelda chooses to touch on where she is most tender; even though it must hurt, she admits, “Glad you held me too, though I didn’t know / how to / Be closer to you.”

Lesbian country star Amythyst Kiah turns herself inside out on “Tender Organs,” the seventh track off her smash hit record, Wary + Strange. “Notice here, notice here / These tender organs rotting inside me,” Kiah pleads, pointing lyrically to the vices and loneliness that fuel the track’s understanding of how it feels to decay from within. Smooth guitar licks slip and slide off of Kiah’s gravelly vocals and the tasteful collision of contrast is sure to send a shiver down your spine. “Tender Organs,” shows that, at times, the act of being vulnerable is anything but tender.

Hand Habit’s “4th of July” showcases lead singer Meg Duffy’s (they/them) vocals alongside featured production from the unique talents of Sasami Ashworth. Starting off stripped with a single somber acoustic guitar, “4th of July” picks up tempo as if lit by a fuse. The drums kick up, steel strings whine, and the chorus careens in, “But don’t cry, demolition baby / Always blowing it up / And getting so stuck / Both hands in the dirt.” In the span of a single song, Hand Habits conveys the snot-nosed rage of clenched fists that are powerless to stop frustration’s hot tears.

Running down la rue St. Paul, Our Native Daughters singer-songwriter Allison Russell finds escape in the arms of her lady on “Persephone.” Fresh off of Russell’s debut solo album, “Persephone,” points to the love we crave in the darkest hour of night and need as Russell sings, “Tap, tap, tappin’ on your window screen / Gotta let me in Persephone / Got nowhere to go, but I had to get away from him.” Speaking the language of sapphic love, Russell wraps her vibrato around sweetly euphemistic lyrics of trembling petals and the moment mouth meets flower.

A self-described “sensitive stoner,” Joy Oladokun (she/they) gladly stirs up the country music scene with, “heaven from here (with Penny and Sparrow),” off their latest album “in defense of my own happiness.” Working with Simon and Garfunkel-esque pop-folk band Penny and Sparrow, Oladokun lets her heart lead the track as she leaves behind a love lost. Oladokun takes one last look at a beautiful past; and walks away from it, singing, “If you could see from where I’m standing / The cracks in the stained-glass almost disappear.”

Lead singer Grace Repasky, guitarist Maggie Geeslin, keyboardist Matteo DeLurgio, and drummer Connor Dowd were in catholic high school when the band Lunar Vacation was born. Upon the release of their moody debut, Inside Every Fig is a Dead Wasp, Lunar Vacation tussles with growing up and out of the places they once called home. Track 5, “Making Lunch (Not Right Now)” is decorated with a cheeky banjo riff to make for a  gloomy country tune about being stuck. Lyrically confined to a classroom, within a school, within a city, Lunar Vacation dreams of the same freedom granted to the spider Repasky sets free on “Making Lunch (Not Right Now).”

Breaking out of New Jersey’s basement band scene, Skylar Pocket is the brainchild of lifelong friends Zach Schectman (he/him) and Skylar Graham (they/them). Self-recorded in Zach’s childhood bedroom, “Mead” and it’s sibling tracks from To Hell With Heaven (2021), set the scene for the sonic marriage of Skylar Pocket’s self-ascribed styles. As “surf rock” meets “twee,” Schectman produces an instrumentally upbeat jam laced with Graham’s gentle laments. “And the work is fine / everything’s fine / the work is fine / everything’s fine, “ the chorus rocks and Skylar Pocket rolls with it, tumbling down a rabbit hole of rambling riffs and hand-written heartfelt lyrics.

Singer/song-writer Alexandra Levy aka Ada Lea writes as she sings: with the understanding that her lyrics like secrets may not necessarily be fully understood – but they will be felt. Released by indie-Titans Saddle Creek, her sophomore LP One hand on the steering wheel the other sewing a garden boasts the pop-folk fantasy “Oranges,” as its third track. Surrounded by a sorrow of biblical proportions, Ada Lea calls on the fruity flesh of the orange to help her reminisce on sweeter days, “wild oranges every night / cigarettes and red wine / Hanging on the landing / Leaning on the door frame / Dreaming of you in every room.”

Bringing flashbacks of 50’s and 60’s pop into the contemporary, River Westin presents his entire dreamy discography, topped off with the cherry that is the 2021 single, “Red Hot Blues.” Aesthetically interested in all that’s artfully antique, Westin craftily layers that charming country twang over a modern and pop-y percussive loop for the instrumental of “Red Hot Blues.” Sporting a Cowboy hat on his independently released debut: Candy Cigarettes, Westin muses on the love of men with a deservedly refreshing tenderness; and so it seems he most definitely has the queer cowboy blues down to a science.

Saddle up for the open road and check out the playlist here. For the next ten songs and even long after, it’s perfectly fine to let your inner Cowboy have a cry.