Queer Eye’s resident femme is speaking up against femmephobia in the media.

On Monday evening, Jonathan Van Ness, the hair guru on Netflix’s Queer Eye reboot, posted a quiz result from BuzzFeed’s “Which Queer EyeCoach Are You?” quiz, which was originally titled, “Everyone Has a Queer EyeSoulmate, Here’s Yours.”

On Van Ness’s post, he called out the media outlet for his quiz result, which he found to be femmephobic. The result for Jonathan reads: “You know that looking after yourself isn’t just for the benefit of othersit’s about believing you’re worth taking care of. You’re a total sweetheart, and though your personality might not be for everyone, you’re down to earth and respectful to all.”

“If you got me,” Van Ness wrote of the quiz result, “you may have noticed a mistake in the writing.” 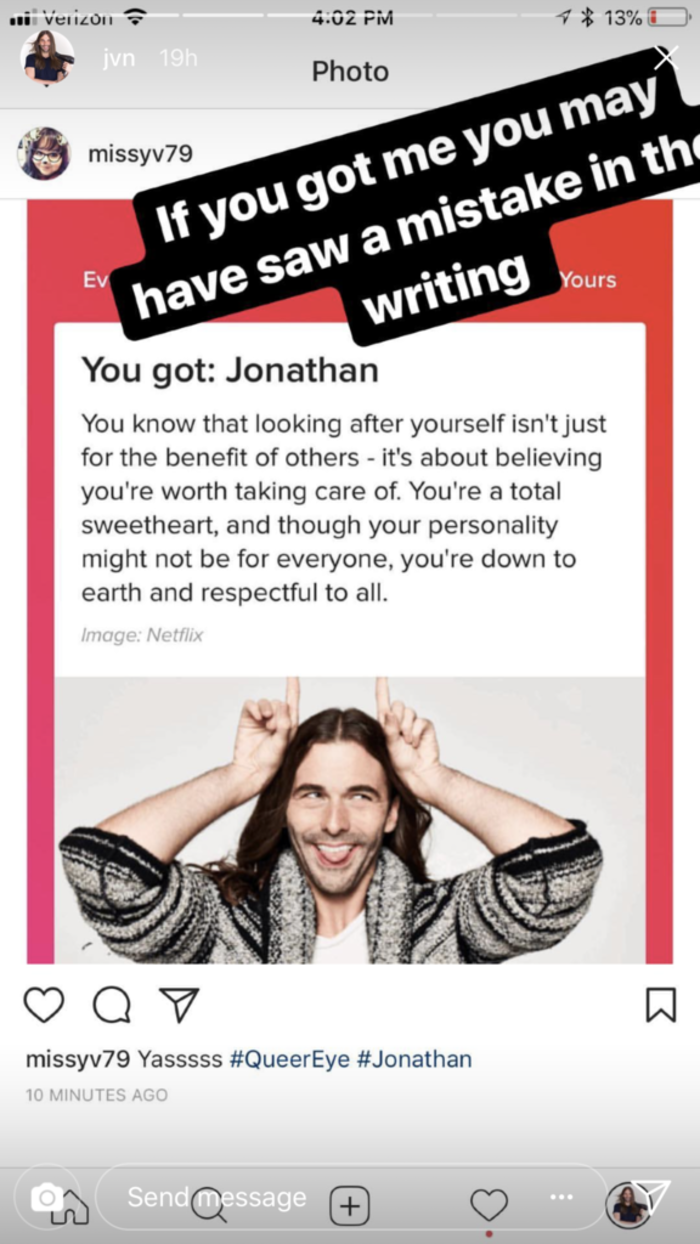 Van Ness nixed the line about his large personality. “Fixed it!” he wrote on the edited screenshot. 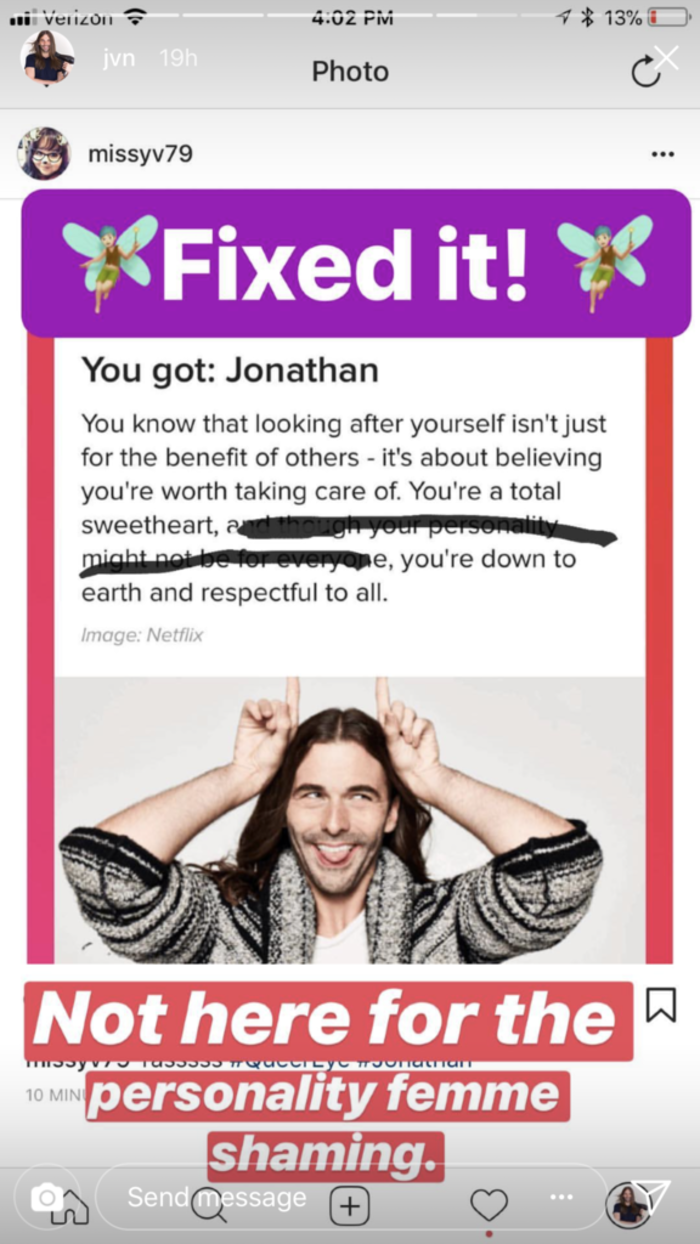 A few people online noticed BuzzFeed’s faux pas and similarly spoke out against it.

Hey @BuzzFeed: No one gives a flying fuck which gay people you think are palatable “for everyone” pic.twitter.com/nWltAXuRS7

Very here for Jonathan dragging the writer of this BuzzFeed quiz pic.twitter.com/mohRpvnC8Y

As of press time, the quiz result has not been edited.

We, for one, love Jonathan, especially the amount of vulnerability and affection he brings to the show.