Last week, the much-anticipated second season of the Queer Eye reboot premiered on Netflix. One of the biggest changes from the original series is that the crew has shifted their focus from making over exclusively straight guys to bringing other folks into the mix, including a gay man, a cisgender woman, and, in episode five of the new season, Skyler, a queer transgender man.

While some have heralded Skyler’s episode as a critical moment in the show’s trajectory, few seem to recall that the original Fab Five also made over a queer transgender man, Miles Goff, during the show’s fourth season in 2006. When I was just starting to figure out my identity in the late 2000s, that episode was one of the few positive representations of a trans man that I could find. Despite its imperfections, it’s held a place for me as an early and rare reflection of my own possibility. I saw myself in Miles.

So, when I clicked on Skyler’s episode, I was excited to see what the new Fab Five would deliver. Things have changed a lot for trans folks in the 12 years since that original episode aired, and I was hopeful that some of the things I struggled with in the first episode would be ironed out.

about to watch an old Queer Eye ep from 2006 about a trans guy. not off to a great start! pic.twitter.com/93nVdCfdXz

But the gap between the hosts and the trans community, it seems, has barely closed.

The first major issue I had was that both episodes played into tired ways of telling trans stories that cisgender people so often fall into, including focusing on the medical aspects of transition, showing “before and after” pictures of both Skyler and Miles, and using language that trans people have repeatedly mentioned is insensitive.

One of the things I rolled my eyes over in the original episode was the repeated focus on Miles’ use of testosterone, including having him self-inject in front of the guys. Going one giant step further, the new episode opens with incredibly intimate scenes from Skyler’s actual top surgery. The Fab Five watches as surgeons cut into Skyler’s flesh and a nurse tenderly leans in to tell him the surgery is complete. The crew watches in awe and remarks on Skyler’s bravery, but when they finally meet him, it’s several not-so-delicate hugs and whole lot of rambunctious running around before anyone asks if Skyler is actually healed enough for what they’ve put him through. 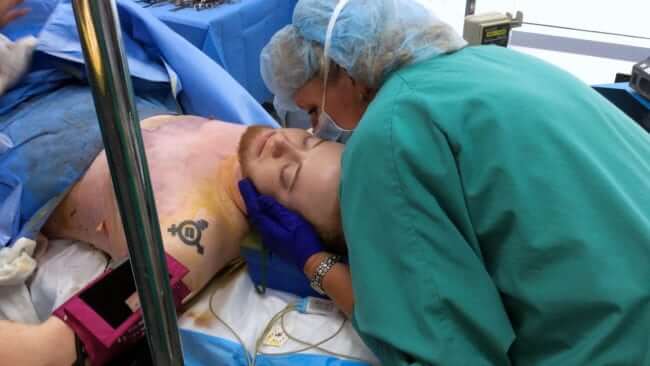 Perhaps more to the point, would they have shown scenes, for instance, of someone’s knee surgery and remarked on that person’s bravery? Would they have watched so eagerly as one of their subjects took their daily regimen of routine medications?

Both episodes also took the tired route of showing before and after pictures of Miles and Skyler. As a trans person, I can’t tell you how many times this has been asked of me both from regular folks and people in media. Cis people seem to get off on this show and tell, and while it’s each trans person’s choice whether to do that, it shouldn’t be asked of us in the first place. For many people, seeing past versions of themselves digs up trauma and dysphoria. The fact that this is often asked of trans people, but not of cis people, also shows one of the many ways we’re treated as others.

And, the shows both included language that trans folks have repeatedly mentioned are insensitive, things that could have been easily avoided with a little research. For example, it may not seem like a big deal, but just like in the original episode, Bobby introduced Skyler as a “transgendered” man. Any transgender media guide, like this one from GLAAD, will tell you that this is not the appropriate way to refer to a transgender person. 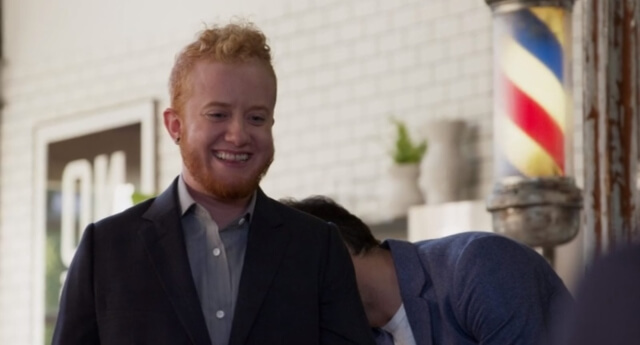 In both episodes, words were also used to describe Skyler and Miles’ chests that some trans people may find dysphoric. It’s always best to ask someone how they refer to their chest or other body parts before making assumptions, however both the new and the old Fab Five used language like “breasts” which many transmasculine folks may find uncomfortable.

Lastly, the new and the old episode both repeated the same worn-out idea that Miles and Skyler were “born in the wrong body,” with Bobby mentioning it specifically during scenes of Skyler’s surgery. This narrative suggests that there’s something inherently wrong or flawed about how trans people were born, without taking into consideration the cisnormative society that makes it so hard for us to be who we are. And, again, it makes it seem like all trans people need to be uncomfortable with their bodies or need to pursue medical transition in order to be valid in the eyes of cis folks. Trans people have been eschewing this narrative for years, so to fall back into this trope feels lazy.

But, my main critique is something much broader about the show itself. In both of these episodes, the trans guys were treated as others, as folks from a community with whom the Fab Five had almost no contact. In fact, Tan admitted during the beginning of Skyler’s episode that he had never met a transgender person, and later that he had always questioned why someone would go through all of that. Often the language that was used implied that “we,” the hosts and the audience, need to learn more about “them,” the trans community.

When I think of queer, I think of trans people and not (primarily) normative cisgender gay men. My queer community is a beautiful spectrum of genders, sexualities, expressions, and presentations. We’re weirdos who go against the grain. We don’t care about looking normal, or, indeed, being normal. So, to have a show that calls itself “queer,” but feels so disconnected from the trans experience, and which failed, at a very basic level, to treat Miles and Skyler with the sensitivity they deserved was incredibly disappointing.

And, in fact, in this latest episode, it felt that the crew was trying to dull down Skyler’s unabashed queerness. Bobby kept telling Skyler that “queer is just a column that holds up the house of Skyler,” as though the rainbow flags welcoming other wayward homos into his space were immature, or simply too much. I felt a certain defensiveness over the ways that Skyler was treated as looking too young for his age when, in reality, I just read his look as a distinctly trans and queer aesthetic. We have our own unique styles and we often eschew the dictates of maturity placed upon us by cisgender, hetero- (and homo-) normative society. Part of Skyler’s makeover felt like a process of assimilation. 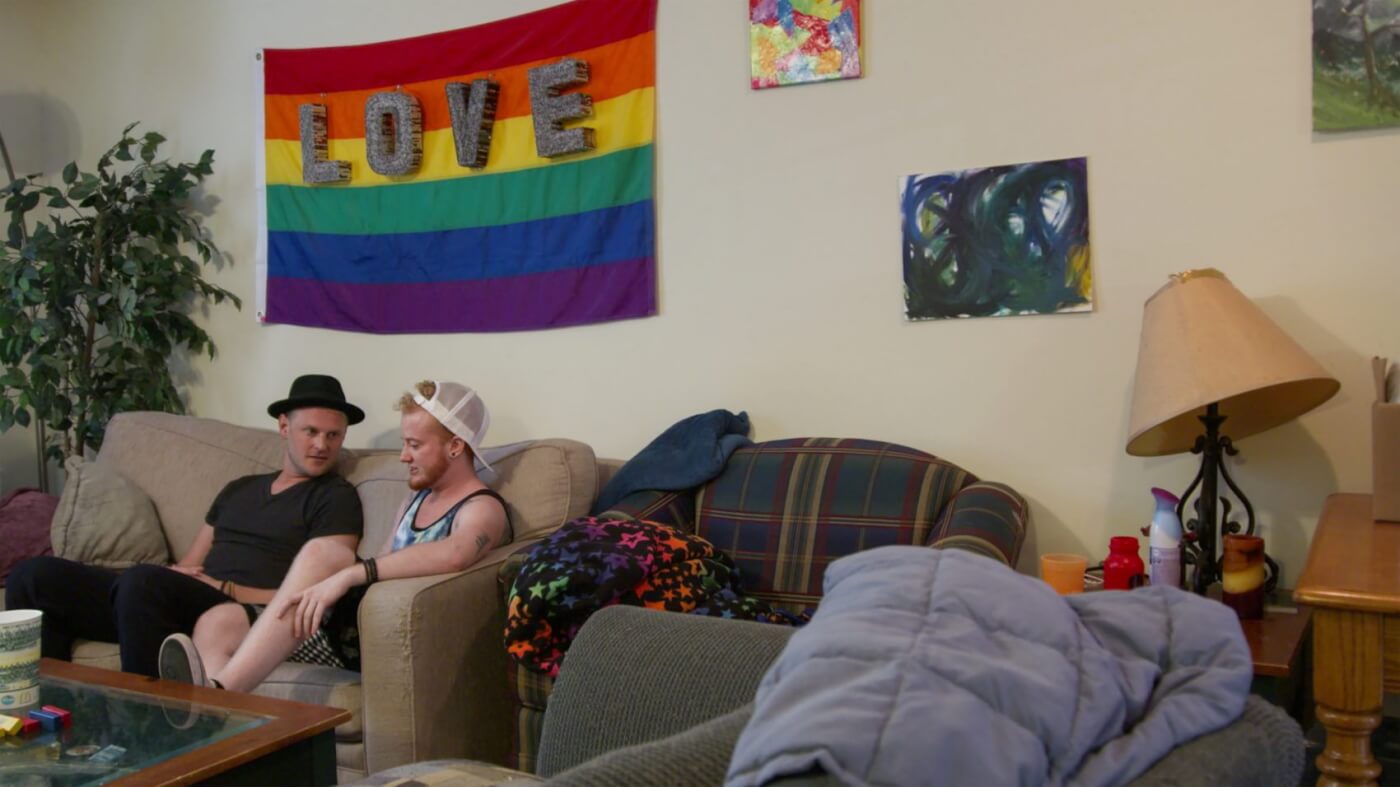 Still, there are ways that this gap could be bridged, and I hope the folks who produce the show will consider that moving forward. I can imagine things might have been different had the crew been given a sensitivity training in advance of the show. When Tan admitted his ignorance about the trans community in the new episode, Skyler was patient and graceful and Miles handled similar moments with compassion and care. These moments were likely important for many people to watch. But, when the expectation is on trans people to teach others about our experiences – and not on others to educate themselves before interacting with us – we’re being asked to do additional emotional labor and we’re not being treated just like everyone else.

If the show really wants to do right by the trans community, here’s a thought: include us. The crew regularly brings in outside folks to assist in the makeover process, so why not uplift trans-run businesses and feature trans experts? Queer Eye clearly employs plenty of people, so how about being proactive in seeking out trans crew members and sensitivity consultants for episodes dealing with trans folks? Or, dare I be so bold as to say – why not add on a transgender host?

In the first season of the reboot, Tan says that unlike the older version, the new series is about acceptance, not just tolerance. However, the original Fab Five wrapped up Miles’ episode with a near identical message. In reality, moving towards a better future is about so much more than either of these things, and I think this new episode really brought that home for me. It’s about inclusivity, it’s about self-determination, it’s about reaching across the lines to connect with people whose experiences we don’t share and doing so with compassion and willingness to do the work.

And, ultimately, it’s about liberation.