The boys are back in town! Well, back on our TVs anyway. Queer Eye Season 2 is releasing on Netflix globally on June 15th.

The reboot of the Emmy Award-winning series was incredibly well received, so it’s no surprise that Netflix has tried to ride that wave into Season 2. The new season will feature the same talented Fab Five team as before: Jonathan Van Ness for grooming, Bobby Berk for interior design, Tan France for fashion, Antoni Porowski for food and wine and Karamo Brown for culture. 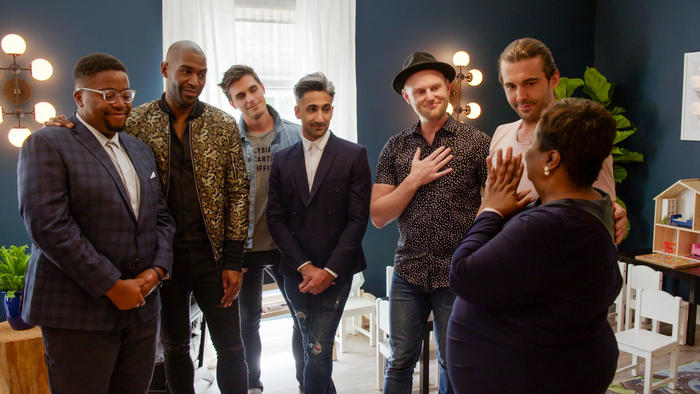 The team has had a busy few months since Season 1 aired. Antoni has been a popular face for different brands, Jonathan has hosted his podcast Getting Curious where he recently interviewed his figure skating idol, Mirai Nagasu, and Karamo got engaged! The crew is also featured on the new Entertainment Weekly cover.

Surf-ing you beach realness! Go seaside with #QueerEye‘s Fab 5 as the guys dish on their sudden fame and what to expect in the emotional season 2 of @QueerEye. Plus: 150 things to watch, read, and listen to this summer. https://t.co/f3fjXm3JNy pic.twitter.com/EGQ7XYXybU

The new season will again take place in Georgia and according to a press release will feature stories “from a wide array of backgrounds and beliefs often contrary to their own, touching on everything from self-love and faith, to immigration and how to make the perfect homemade poke bowls and more!”

Sounds like Antoni will be making more than just guacamole this season.