When I was 10-years-old I was positive I was in deep, soul-bending love with O-Town’s Ashley Parker Angel.

He was perfect. His blonde hair stood up just right and his smile–no matter how posed–always seemed candid. Of course he wasn’t aware of my existence, but I was sure that wouldn’t be the case forever.

I had that type of longing teenagers so often get; the type that makes you lay in your room listening to an artist’s song on repeat, both enamored and terrified that you may never be a part of their life. It was the type of crush that you can only have before you’ve fallen in (and out of) real love; the type that hopelessly pins your romantic wishes onto one person, regardless of how realistic it may not be.

I felt a similar yearning a few years later as I watched Tyson Ritter croon into a microphone at an All American Rejects concert. I stood swaying in the crowd, waiting for him to notice me among hundreds of other equally captivated teens. I swallowed hard as his T-shirt clung to his sweat, willing time to stop so I could live in that night forever.

These crushes, no matter how far-fetched, were socially allowed. I was permitted to hang posters of these heartthrobs on my bedroom wall. I was allowed to sing their lyrics in the shower, and doodle hearts across their faces in my Tiger Beat magazine. As a teenage girl, I was allowed to openly worship them.

And then then came TLC’s Chilli. She complicated things.

She made my stomach turn in similar ways as the aforementioned men; she was athletic and effortlessly cool in a way that I assumed I must have strictly envied. Like Ashley and Tyson, her music made me both sad and terrified–but for different reasons.

Because she too made me pine for a future I wasn’t sure could ever exist, not just with her–but with any woman.

But things are shifting now.

The other day, the song “1950” by King Princess came on the radio. It’s a beautiful, soft, raw queer anthem that tells a story of that sometimes unrequited, often complicated, love.

My heart sank during the second verse when she coos, “Did you mean it when you said I was pretty?”

In such a simple lyric, she encapsulated a feeling that I was all too familiar with–the insecurity of of being attracted to someone else, and the added stakes when that someone is a woman. I was instantly transported back to college, to a dirty Boston street as I remembered the first time a girl I liked gave me a liquor-soaked compliment.

Music is one of those mediums that has a unique way of cutting you open. When you hear a song that speaks to your experiences, no matter how mainstream it may be, that listening experience feels intimate.

It feels specific to you. 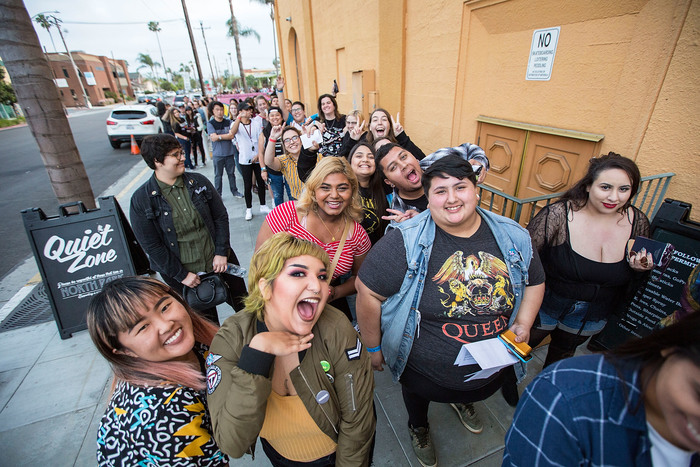 But it wasn’t just the lyrics that got me–it was the fact that I was hearing a song by a queer woman for queer women during a primetime radio hour.

Because King Princess is gearing up to be a bigger heartthrob than Harry Styles (who she happens to beendorsed by), and she’s not alone. More and more female artists are not only celebrating what it means to be a queer, but making a living off of it. There’s Hayley Kiyoko, who dances through her music videos with swag Justin Bieber should be envious of. And Shura, who paints beautiful, visual, narratives that tell the stories of young love. There’s Halsey, who gives a much-needed voice to bisexual women; Demi Lovato, who has taken mainstream pop and used it to make millions of listeners ship her kissing another woman. And Janelle Monae,who isn’t just subtly hinting at her sexuality, but shouting it from rooftops.

These women are incorporating their sexualities into their art in such important ways: Using female pronouns to sing about their lovers, casting women in videos as their muses, and bringing women on stage to publicly display their affection to massive audiences.

While these public displays of queerness aren’t the first we’ve seen in the pop industry–in a way, they do feel new.

Historically, straight female pop stars have used queer-baiting as a marketing mechanism; Shared kisses at awards show, mock-flirtations, and suggestive music videos were all done in the hopes of appeasing the male audience, and peaking the interest of the mainstream. But at the end of the day, these stunts were void of the actual responsibility and realities that come with being a part of that community.

And that’s what teens need: Someone to look up to who can speak to them in an authentic way.

Growing up, I so often used music as inspiration for what was possible in my own life: It told me who I could be, where I could go, and who I could fall in love with.

Because of these women, queer teens have more icons to proudly hang posters of on their bedrooms walls. They have artists broadening the scope of possibility for what is “allowed,” and they have lyrics that tell them about the love stories they someday may have.

And that just might make life a little less terrifying.