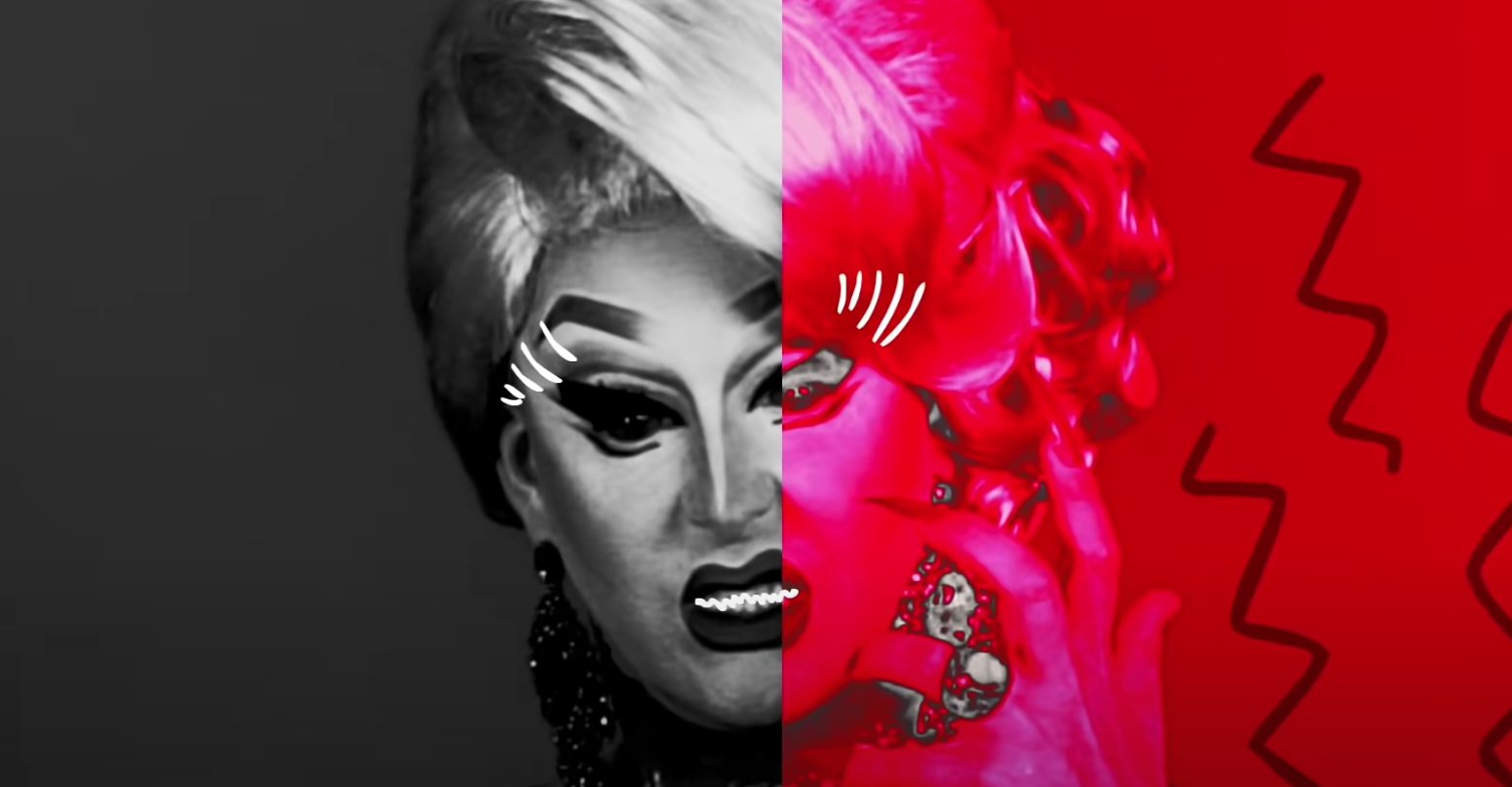 This Halloween, while your straight friends are dressing up as Wanda and The Vision and going on another hayride, why not indulge in some spooktacular drag? The Boulet Brothers’ Dragula, a haven for alternative queens and horror-themed challenges, just had its fourth season premiere on October 19th, and it is shaping up to be required Halloween viewing.

On the surface, it may look like RuPaul’s Drag Race’s moodier goth sister, but Dragula makes it clear that it is about more than mere ghoulish cosplay. In general, the show functions similarly—starting with the Boulet Brothers presenting the week’s challenge, drama-laced reality show segments in which the drag “monsters” prepare their looks, and a final floor show presentation. But the first episode alone also contains scripted horror sequences, a competition involving a haunted house maze, and a music video showcase.

And of course, the lewks are what really sets the show apart, because what these drag monsters are after is more grotesque than glam. The first competition has the monsters reinventing a horror movie icon of their choice. In addition to the usual pleather and sequins, the results are full of blood, gristle, and gore.

When we come to the “Extermination Challenge,” in which the lowest scoring monsters must compete in order to survive, the true terror sets in. The season premiere’s extermination, for example, involved monsters being buried alive in bug-filled coffins. It’s kind of like if Jigsaw had a crack at “Lip Sync for your Life.”

A more important difference from Drag Race: the show is much more representative of the wider drag community. In addition to general alternative drag artists, it is inclusive of nonbinary performers, drag kings, AFAB (assigned female at birth), and bio queens.

In this way, while Dragula is full of gross-out moments and campy spooks, the show is serving up much more than shock value. It seeks to develop each drag monster’s artistry beyond the limits of typical mainstream constraints. Before each week’s competition, the Boulet Brothers make sure to point out: “We are not here to judge your drag. Drag is art and art is subjective. What we are judging you on is your drag as it relates to this competition.”

Audiences have responded well to these considerations, making Dragula a fast-rising contender in the crowded, televised drag space. The show was recently acquired by AMC after first appearing on YouTube, upping their budget and production value. Guest stars teased so far include Bob the Drag Queen, Trixie Mattel, and Harvey Guillén.

You can find “the next drag supermonster” on Shudder, with episodes airing every Tuesday. And while you’re waiting for new uploads, the entire first season is available on YouTube channel Hey Qween.