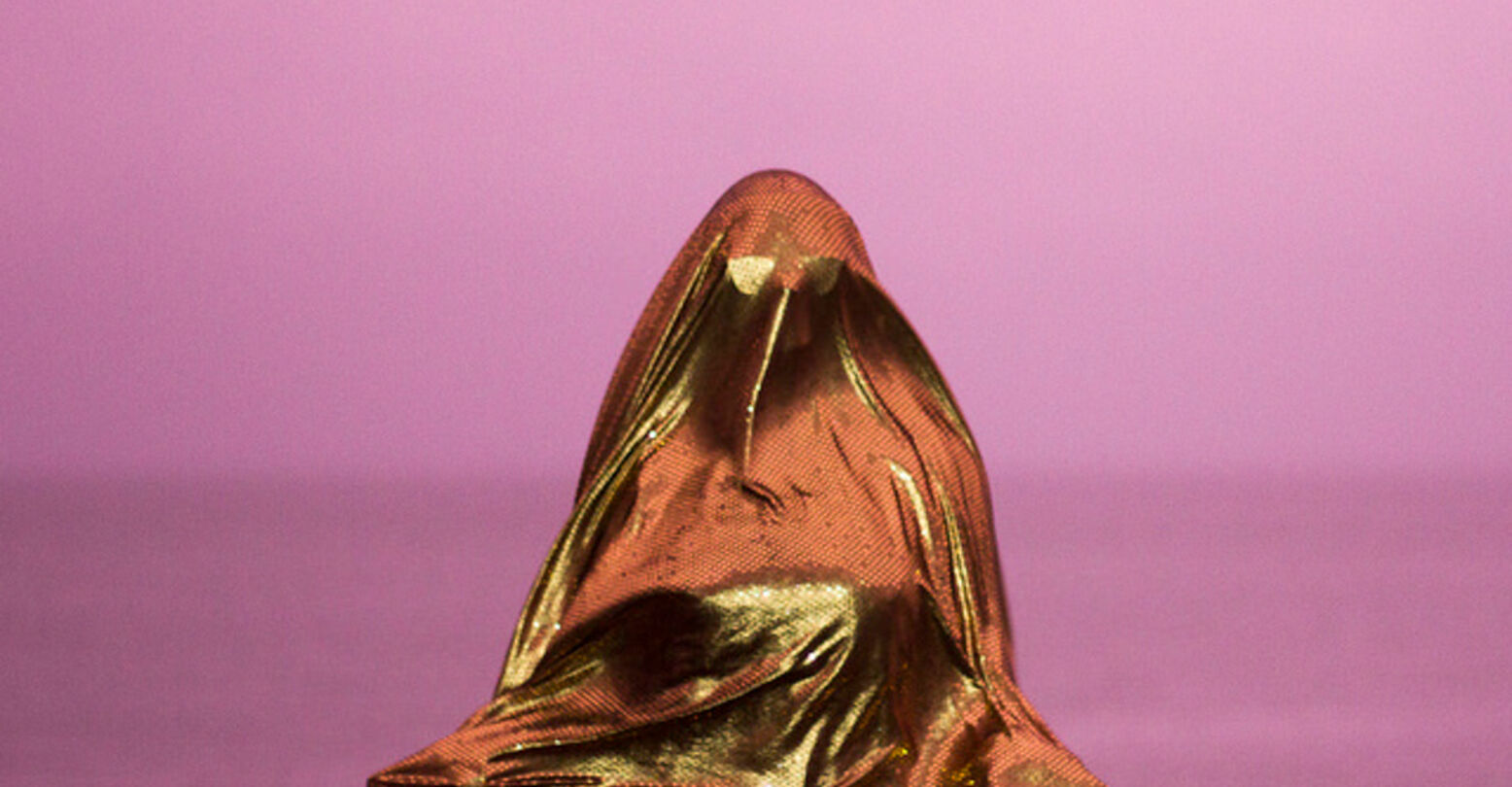 If there is a queer, trans, and gender-nonconforming Muslim “movement” said to be taking place in art now, what of the LGBTQ Muslim artists who having been making and creating art for quite some time? A queer Islam “movement” has been happening for decadesthe art establishment seems to be just catching on.

“[A movement] creates a heightened state of awareness,” says Bhutto. “Do we have a manifesto like so many art movements have had in the last century and a half? Or are we a political movement within the arts?” 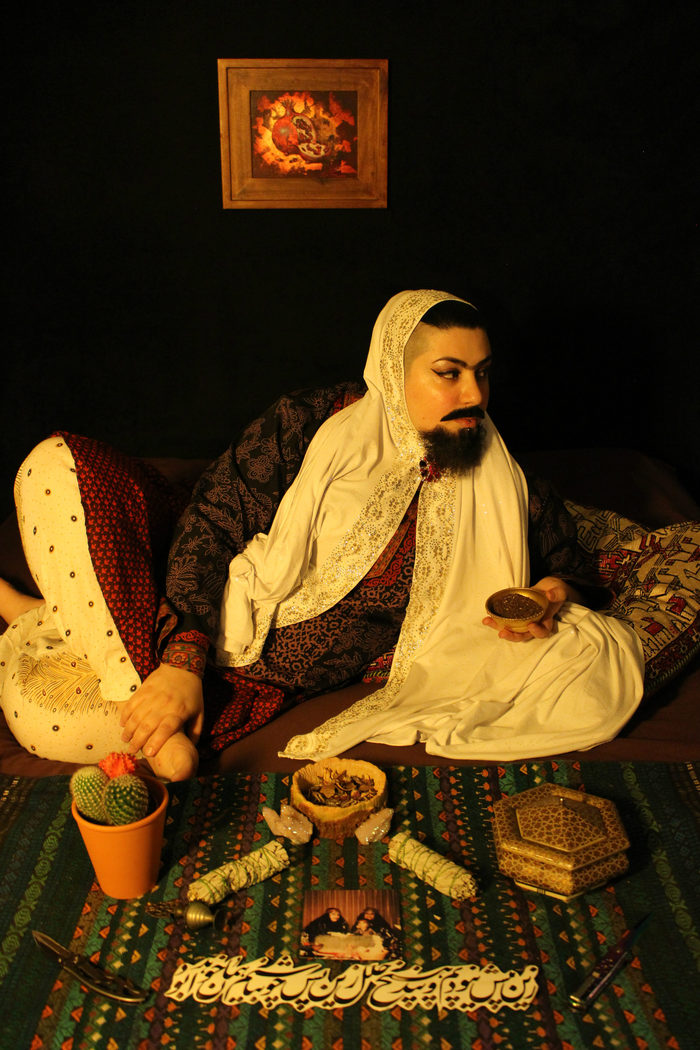 Ahmed says that the name, The Third Muslim, “summons the long-standing tradition of itijihaddeep, ongoing critical thought and praxis.”

“Queering Islam means embracing Islam for all its complexity and plurality,” they tell INTO. “It means the evolution of Muslims inhabiting multiple identities while standing in full dignity and collective power as an ummah (community).”

Many within the queer Islamic community are pushing for inclusivity and solidarity in not just art, but the greater world. American Muslims are growingly accepting of queernessfar more than white evangelicals, who prop themselves up against both Islam and LGBTQs. Homoeroticism is common in the Islamic canonpoets including 13th and 14th century Rumi and Hafiz have contributed to a long lineage of non-heterosexual conceptions of love. Tynan Power adapted “Sexual Diversity in Islam: Is there room in Islam for lesbian, gay, bisexual and transgender Muslims?” as the lecture series Literary Zikr Project for Muslims with Progressive Values. Several imams have committed to creating inclusive spaces in mosques and community centers (notably, a mosque in Cape Town), including Daayiee Abdullah, America’s first openly gay imam who is a panelist on The Third Muslim’s “Queering Islam” talk on February 8. The exhibit will close on February 17 with “Coming Out Muslim: Radical Acts of Love,” a storytelling performance by Wazina Zondon and Terna Hamida. 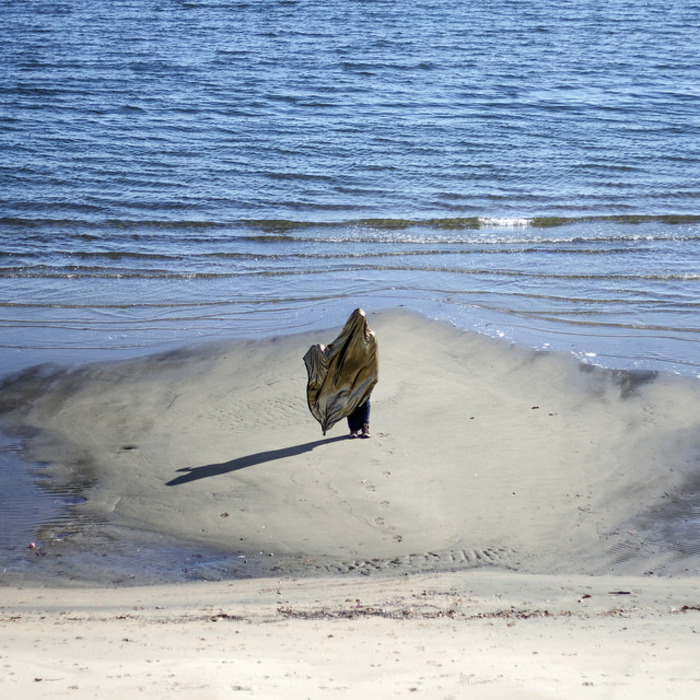 “If art does its job, the ‘movement’ is to become irresistible, right?” Ahmed poses.

“There are artists who work in the realms of futurism, performance, painting, new media, video, photography, documentary, fashion and nightlife that it becomes hard to truly define what ‘we’ are,” Bhutto tells INTO, “and I think that is a really beautiful thing.”

This community of queer, trans and GNC artists, in an array of relationships to Islam, has been growing. Prominently, Lebanese rock band Mashrou’ Leila’s frontman Hamed Sinno is both out and outspokenlast year, 22 of their fans were arrested in Cairo for “debauchery,” though homosexuality is technically legal in Egypt.

The “margins of the margins” is a space that many queer, trans and gender non-conforming Muslims inhabit. Homonationalismwhere cis white queerness perpetuates imperialism on POC and Muslimsis a particular problem.

“Our communities live at the intersections of Islamophobia, gender-based oppression, racism (including colorism and anti-Black bias), and patriarchy,” the curators say. Socially-engaged art, created by and for queer and trans* Muslims, must therefore challenge “not only gender-based oppression within Islam, but also racism and Islamophobia within mainstream LGBTQ communities.” 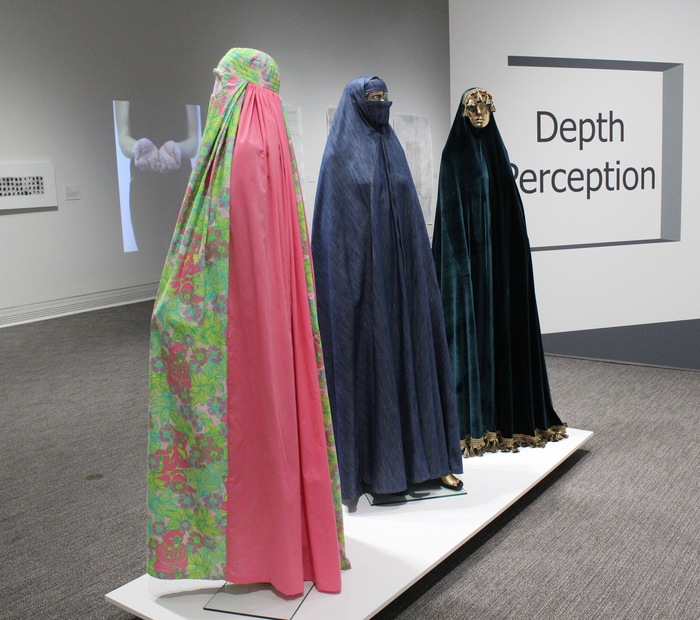 Jamil Hellu, who is exhibiting screenprints in The Third Muslim, says that many Arabs and Muslims often remark on his bravery.

“It is easier not to have labels,” Hellu told The New York Times. “The label will hurt you, publicly and even privately.”

Outside of The Third Muslim, there are several artists are engaged in efforts to expand on the narrative of queer Islam. A Sinner in Mecca follows actor/comic Parvez Sharma, a gay Muslim in New York, on his pilgrimage to the holy site in a nation where homosexuality is punishable by death. Already labeled an infidel for his 2007 film A Jihad for Love, Sharma secretly filmed the “greatest journey” of his life on an iPhone, to document the reconciling of Islam and queerness on “behalf of hundreds of thousands of gay Muslims who would never be able to go due to being too afraid.”

Founded in 2014, photographer Samra Habib’s The Queer Muslim Project marries artistic intervention with documentation. She tells INTO she, too, isn’t sure that she’d consider what’s happening with queer Muslim art and culture a “movement.”

“I think there is just more of a recognition around how our intersectionalities shape our experiences as artists,” Habib says. “I’m glad that more and more queer Muslim artists are feeling comfortable investigating that through their work.”

Queer artist Mohammed Fayez creates illustrations of QPOCs in all their “mundanity” in a bid to demystify them, but also to derail stereotypes that all too often pop up in pop culture.

Yet mainstream culture is beginning to accept more representations of queer Islam. The 2017 BBC documentary How Gay is Pakistan? followed popular YouTuber Mawaan Rizwan’s journey in documenting queerness after coming out to his parents. And activist Blair Imani praised the depiction of a queer Muslim character on Freeform’s The Bold Type last year. 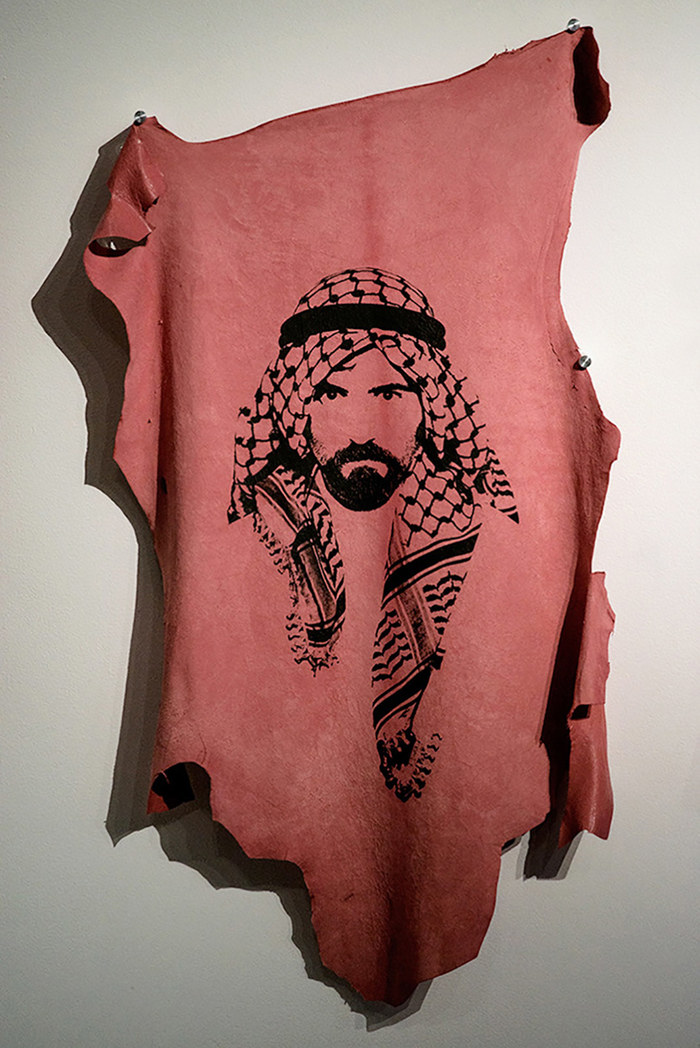 Exhibits like The Third Muslim are more expansive and ambitious than a “movement” might suggest. They create a visual history, and by blurring lines between fine art and documenting a specific community, build an archive of queer and trans Muslims claiming space, as the curators dictate, “of the politics of self-representation, of resistance and resilience in hostile climates.” These politics may not be new, but we are glad to be witness to this movement.

“The Third Muslim” opens at SOMA in San Francisco on January 25 and will run through February 17.