We have a delicate relationship with this earth. If our various infrastructures are not maintained and managed constantly, nature in all of its power, will eventually take over and reclaim all of our buildings, roads, and plans. But is that really such a bad thing?

We see it with Olympic Villages, built in so many countries as massive glittering monuments to humanity’s achievements (or ego), only to be left behind after all the medals and fireworks, and then years later reborn as a new ecosystem despite us. Nature has a way of coming back to take what belongs to the land. We refer to this wild reclamation as nature becoming ‘overgrown’ or untamed. It’s impolite and honest. Some people fear that kind of truth while others embrace it. 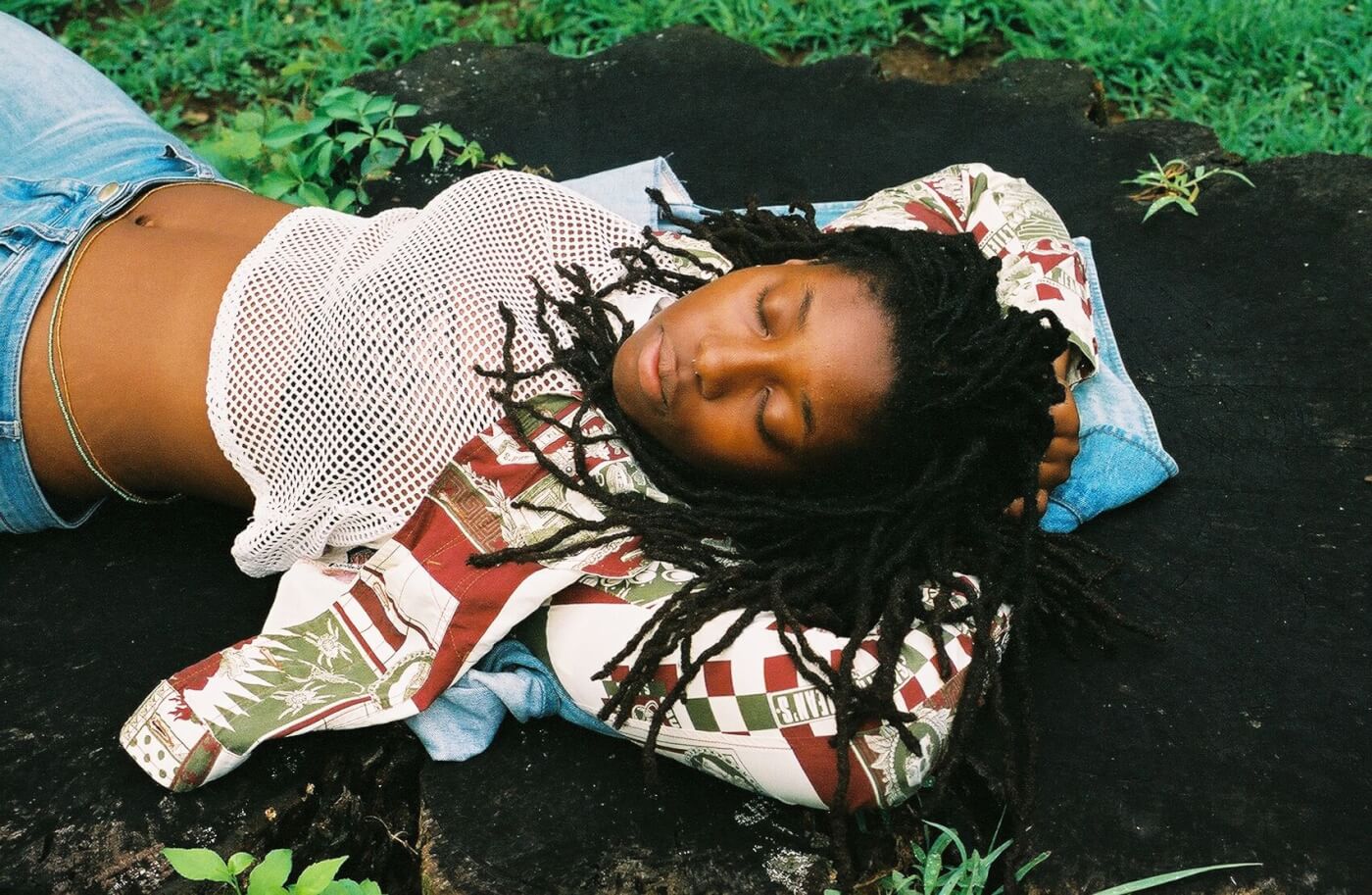 On her debut LP Overgrown, 25-year-old queer rapper Ivy Sole is laying out her process of learning and unlearning how to be a part of this world.

I first heard Sole rap thanks to the great and powerful Spotify algorithm. Cue the green fog and flames. I was listening to a playlist that I had put together featuring my favorite modern queens of hip-hop, soul, R&B, and pop music. We’re talking Jamila Woods, noname, Lizzo, Kelani, SZA, Solange, Janelle Monae, Bey — only the best. When the playlist wrapped up and the streaming service clipped over to “Radio Inspired By Playlist” mode, I was treated to a new track that I hadn’t heard before and a new voice, confident and unpressed, telling me that the future was all hers. The song was “All Mine” from Ivy Sole’s 2016 mixtape Eden, released when she was just 22, and now two years and two EPs later, Sole is back.

Much of Overgrown feels like a return and a reintroduction to where we come from. Ivy Sole was raised in Charlotte, North Carolina in a Southern Baptist family and her first experiences singing were in the church. Now living in Philadelphia, this album finds Sole looking back and unpacking how she got to where she is now.

“I grew up in the Baptist church and my family is relatively conservative,” she tells INTO. “I just turned 25 and this album is me reconciling some of the things that I outgrew and the shame of being queer is one of those things. I don’t think I was ever closeted — my sexuality was always just been something I didn’t normally talk about. I feel like a lot of people can relate to that feeling that their families sometimes make it difficult for them to live as their whole selves.”

Sole’s spirituality and her queerness are central to her music and that’s clearly on display with this debut. Sole is able to contain all of the elements of her identity, history, and education without diminishing one to make room for another but that’s not without a struggle. So much of this album approaches issues that often go unaddressed and every track approaches a different permutation of love and growth. Sole is trying to live the truth.

“I don’t consider myself Christian, but I do have a soft spot in my heart for the church because growing up I spent so much time there,” Sole says. “That’s where a lot of my identity was based, my music, my friends growing up, all super connected to the church and it was in direct conflict with a truth that I had. And now I feel like I’m in a space where my relationship with my spirituality and the idea of a higher power not only exist but is supported by my queerness.”

The album opens in warmth and waves. In “Lovely Fiction,” we’re experiencing a dream. Sole is parsing out her biological and emotional potential as a black queer woman. Her verses touch on the possibility of motherhood, the lingering of past relationships, and lessons learned from the works of Audre Lorde, the church, and her family. Sole sees herself as work in progress, undone and evolving beautifully. You can look, maybe you can touch, but you can’t have. Not yet. She’s still creating herself.

“Coming into this album I had just gone through a breakup. The end of ‘Lovely Fiction’ is damn near an apology. I’m in my head, I’m in my heart right now,” Sole says. “That relationship taught me that timing matters more than people want to give it credit for. I think that a lot of times I have a really weird guilt complex around putting a lot of energy into my career and making something of myself. I think it’s partially because I feel guilty for wanting to be a successful musician and partly because after getting my degree I took a path that was different from what my family probably wanted me to do.” 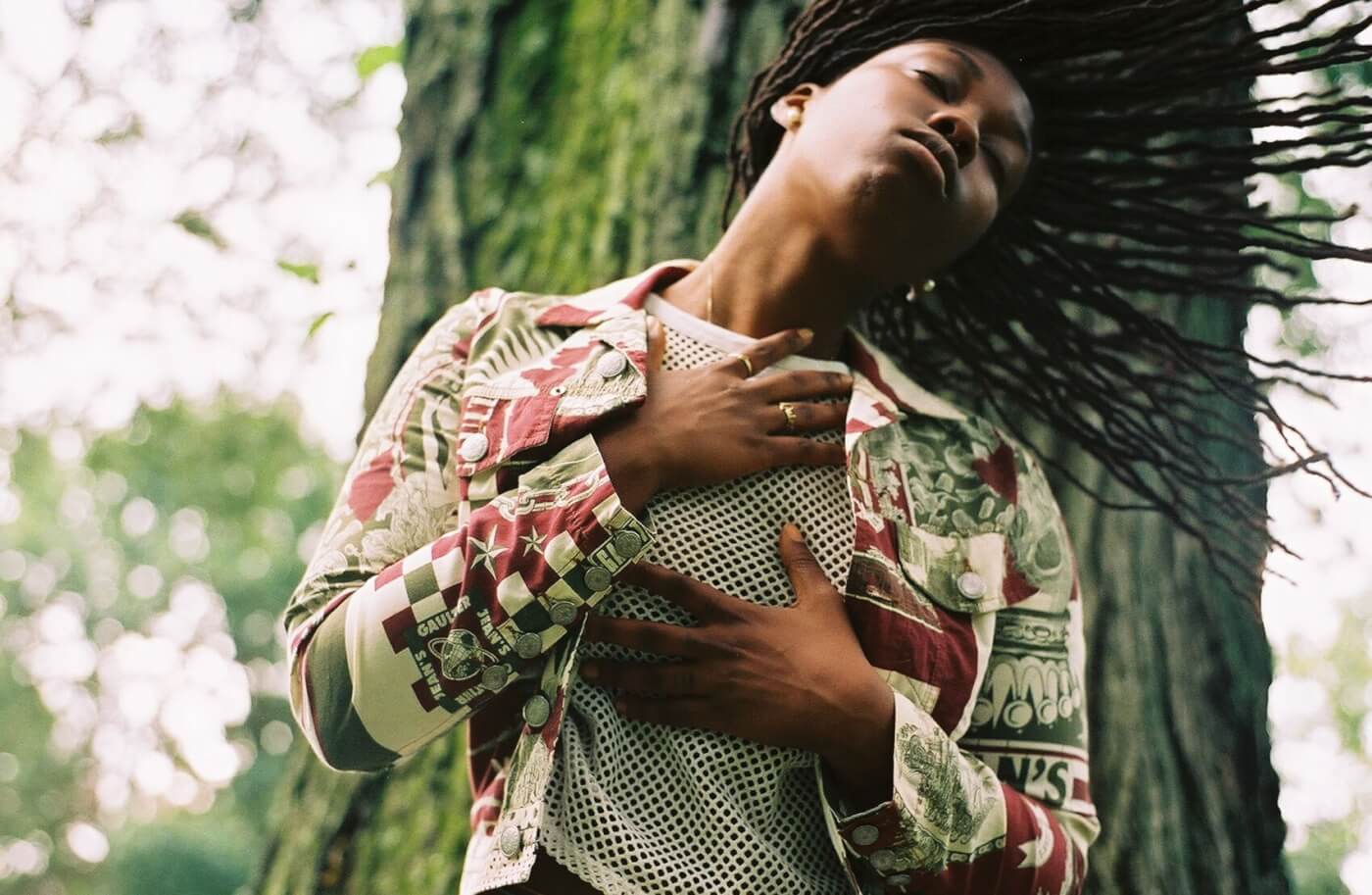 The album moves between moments showcasing Sole’s rapping on tracks like “Backwoods,” a hazy coming of age narrative set in her native Charlotte, and songs that focus on her strong singing abilities like single “Rollercoaster,” a ’90s-tinged exploration of a sexual relationship with a female ex with a nod to the club jams of Usher and Ciara.

“On the single, I wanted to disorient people a bit. I don’t think anyone expected me to tap into that ethos. I’m just as inspired by Aaliyah, Eve, and Missy Elliot because they’re all fucking amazing,” Sole says. “’Rollercoaster’ is one of the most lowkey gay songs that I’ve ever written and it’s amazing to hear a whole bunch of these men singing it and I’m like ‘I’m talking about a woman’ — and folks just assume otherwise because we live in a heteronormative society. So when I hear men singing, it’s amazing to know that they’re singing along to a song about a quiet lesbian relationship.”

Overgrown is the maturation of a sound that Sole has delivered on her previous releases, one that’s been developing since she was in high school, scribbling poetry in journals. You can hear her love of writing as a form of expression in all of her verses.

“At the end of the day, I would rather be writing than doing anything else in the world,” Sole says. “It’s genuine care and complete adoration for the art form. I was bad from the time I was 16 till the time I was 22.. It’s so nice to finally be good at writing raps finally. I just think it took time. When I was young, I was seeing folks like Mac Miller and Def Poetry with Mos Def and thinking I can do this, I know I can do this. And for a minute I was doing something [laughs] but it wasn’t exactly what I wanted to be doing. But that shit just takes time.”

You can hear nature and life flowing throughout Overgrown. Seeds, weeds, and blooms burst up from the soil in these songs. Waves lap at the edges of the dreams, fish, and birds pass through Sole’s verses carrying with them blessings and clarity. Ivy Sole is trying to find her “way back home” and as listeners, we are invited to make this return trip with her. We’re asked to let down our walls be reclaimed and to allow our connection with the earth to thrive.

“I think of nature as an extension of myself,” she says. “I belong to the earth. I’m supposed to be a steward of the earth, I’m supposed to protect it. I’m supposed to reconcile with it. After my ancestors were made to work the land, and after the land was stolen from my indigenous ancestors. Our relationship is something beautiful and it doesn’t have to be just marred with pain.”

Overgrown is a beautiful, raw, and nourishing release from an artist who has so much more to show us. On the album closer “Les Fleurs,” Ivy Sole, a queer black woman ready for what’s to come, makes a prayer and a proclamation of love to all of us: “I hope you get the flowers that you deserve, I hope you tend your garden, and I hope you love the work.”