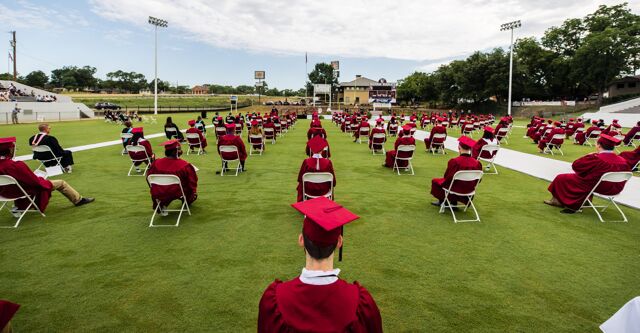 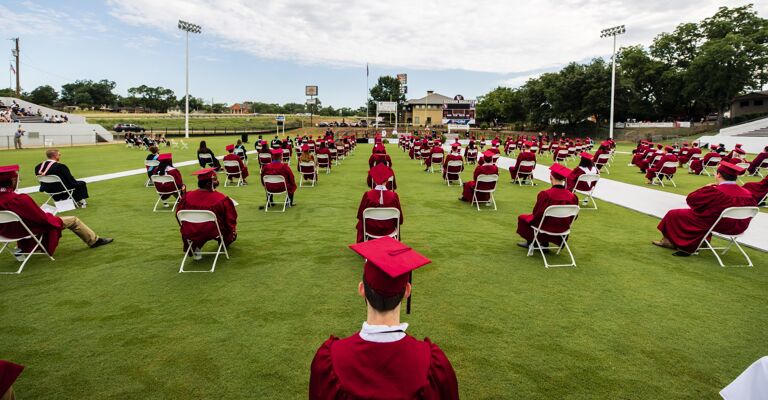 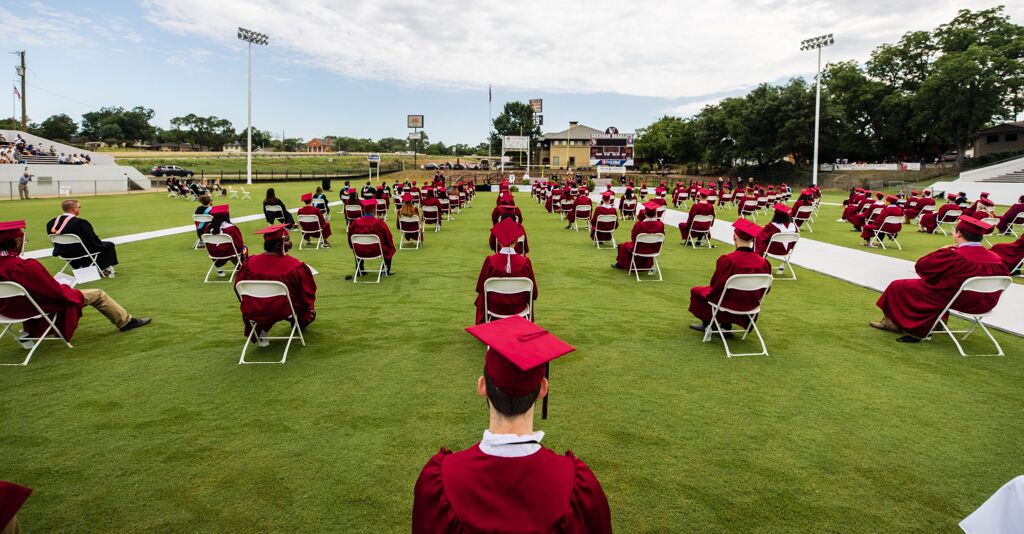 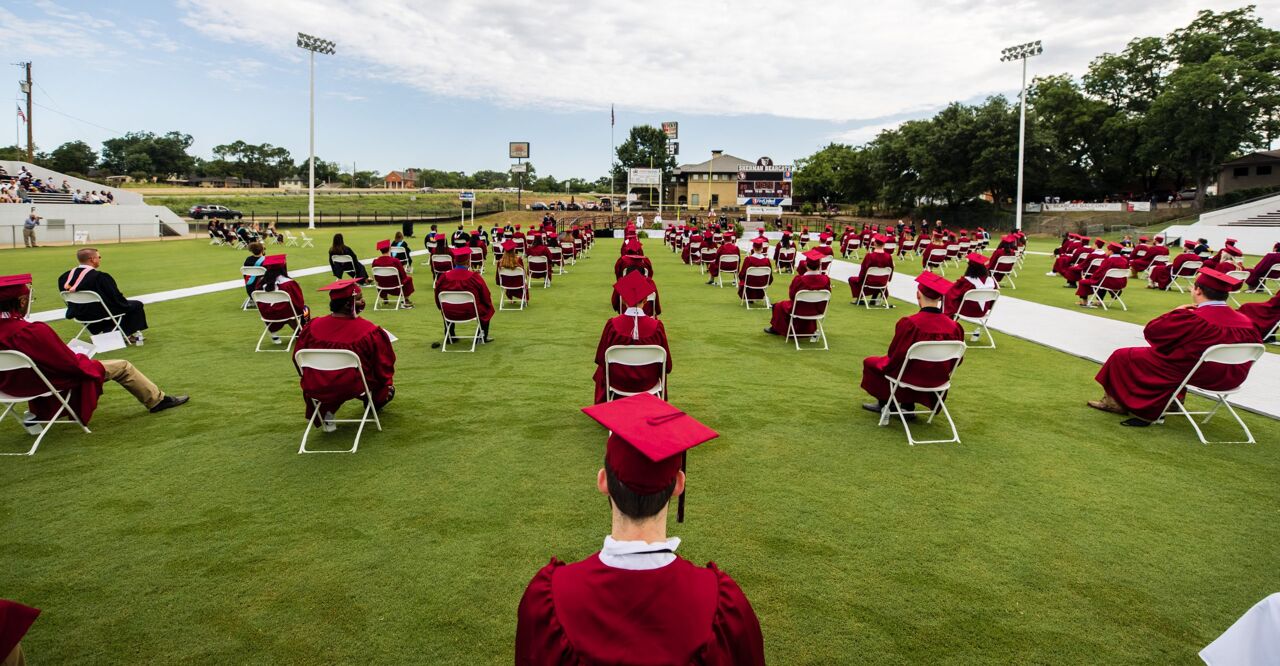 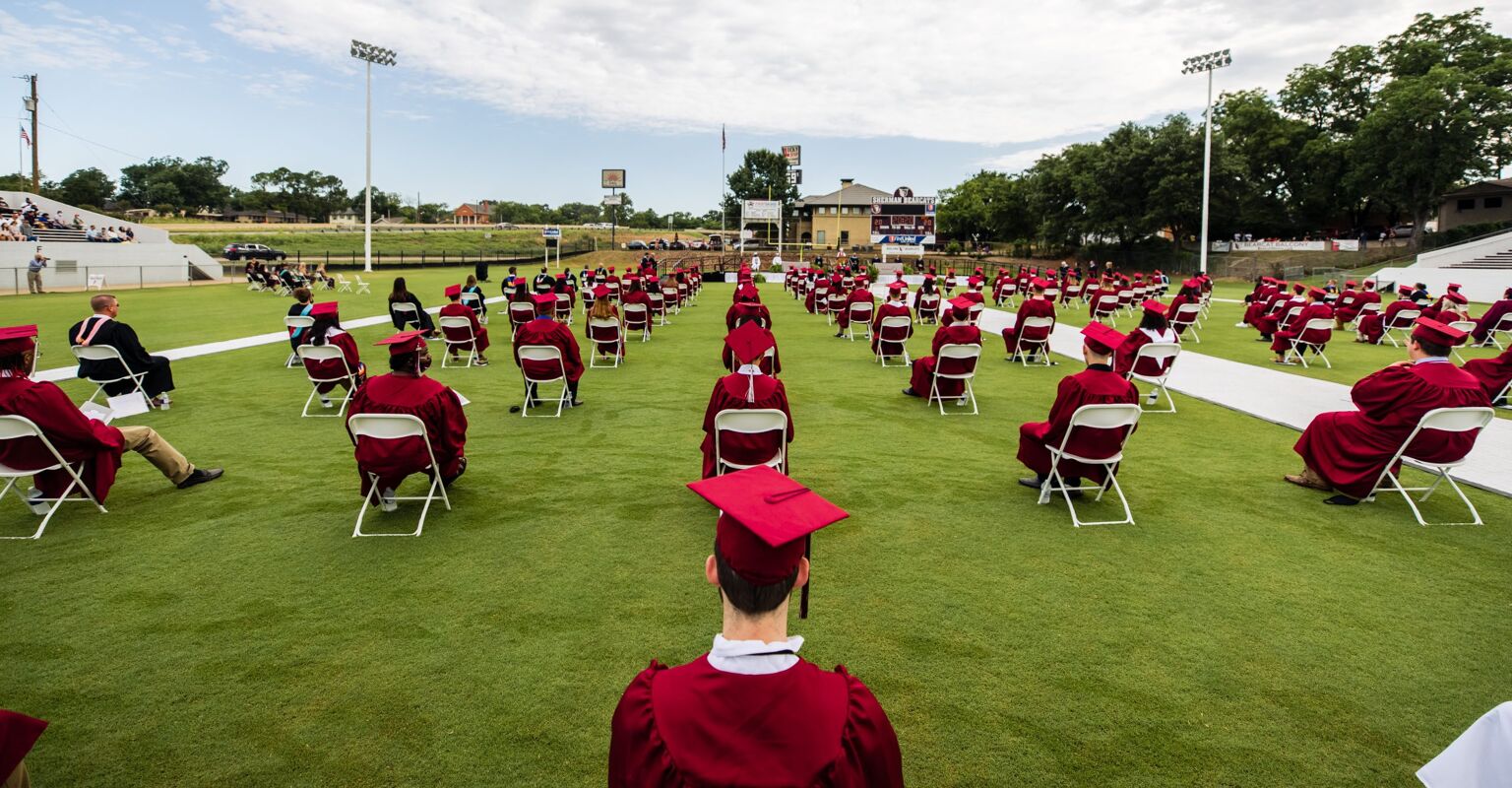 High school graduation is meant for reflecting on the past four years: the ups, the downs, the everything in between. But when Bryce Dershem tried to share his experience as a queer student during graduation at Eastern Regional High School in Voorhees, New Jersey, the valedictorian’s mic was cut off.

Dershem, who wore a Pride flag over his graduation robe, took the stage for his speech and congratulated his peers in the Class of 2021.

“For so long, I believed graduation was simply something that happened. I didn’t realise how wrong I was until it almost didn’t happen for me,” Dershem said.

“We brand high school as four years of self discovery, but few of us even know where to begin. After I came out as queer freshman year, I felt so alone. I didn’t know who to turn to for support.”

Like clockwork, as soon as Dershem uttered the word “queer,” his mic began fading out and the school’s principal, Dr. Robert Tull, came up to the podium. Footage of the speech shows Tull taking the muted mic and the paper Dershem’s speech was written on.

“Dr. Tull, he came up to the stage and he grabbed the paper I brought and crumpled it in front of me,” Dershem told NBC. “And then he pointed to the speech he had written for me, effectively, and told me I was to say that and nothing else.”

As his classmates cheered “Let him finish!”, a replacement mic was brought for Dershem. Instead of giving in to the administration, he continued with his original speech — this time from memory.

“As I was saying,” he began, garnering laughs, before diving into a moving speech about his struggles with queerness, mental illness, and disordered eating.

“Every year, all student speakers are assisted in shaping the speech, and all student speeches — which are agreed upon and approved in advance — are kept in the binder on the podium for the principal to conduct the graduation ceremony,” Cloutier wrote.

But Dershem said he had been asked to remove all mentions of queerness from his speech, as well as any reference to his journey with mental health. He was even told by administrators that graduation was not “his therapy session.”

“I did feel censored,” Dershem said. “I felt as though they were trying to regulate the message I was going to say and take away the parts of my identity that I’m really proud of.”

Dershem also suggested that his being censored was made to look like a technical issue, despite no other graduation speakers having mic problems. Cloutier’s email didn’t touch on this point.

In true queer spirit, Dershem isn’t letting this censorship drag him down, saying it’s just a speed bump, not a detour, on his journey to inspire others to live as their authentic selves.