Dr. Kristen Ries moved to Salt Lake City on the same day the CDC first described HIV/AIDS as affecting gay men in 1981. A year later, after setting up her own practice, she had her first patient come in with what she thought looked like the disease. When she reached out to other medical professionals for guidance, they told her they had no interest in helping. She was on her own.

By the mid-1980s, HIV/AIDS was the top killer of men in the conservative, largely Mormon-based city, which struggled with supporting HIV/AIDS patients. Dr. Ries, whose specialty was in infectious diseases, becamse the go-to doctor in Utah, but couldn’t keep up with the demand. Soon, she met Maggie Snyder, a nurse-turned-physician’s assistant who she became romantically involved with, and the partnership evolved into a lifeline for those living with (and dying from) HIV/AIDS. Their work with Holy Cross Hospital and the nuns that ran the only hospital ward in the city that would take them in are the focus of the documentary Quiet Heroes.

“This is a cultural touchstone for the LGBT community in Salt Lake,” says co-director Jared Ruga. “The story in this film becomes something that the community is rallying around … a celebration honoring the work that Kristen and Maggie and the sisters of the Holy Cross and really the LGBT community came together to achieve in some of our darkest moments.” 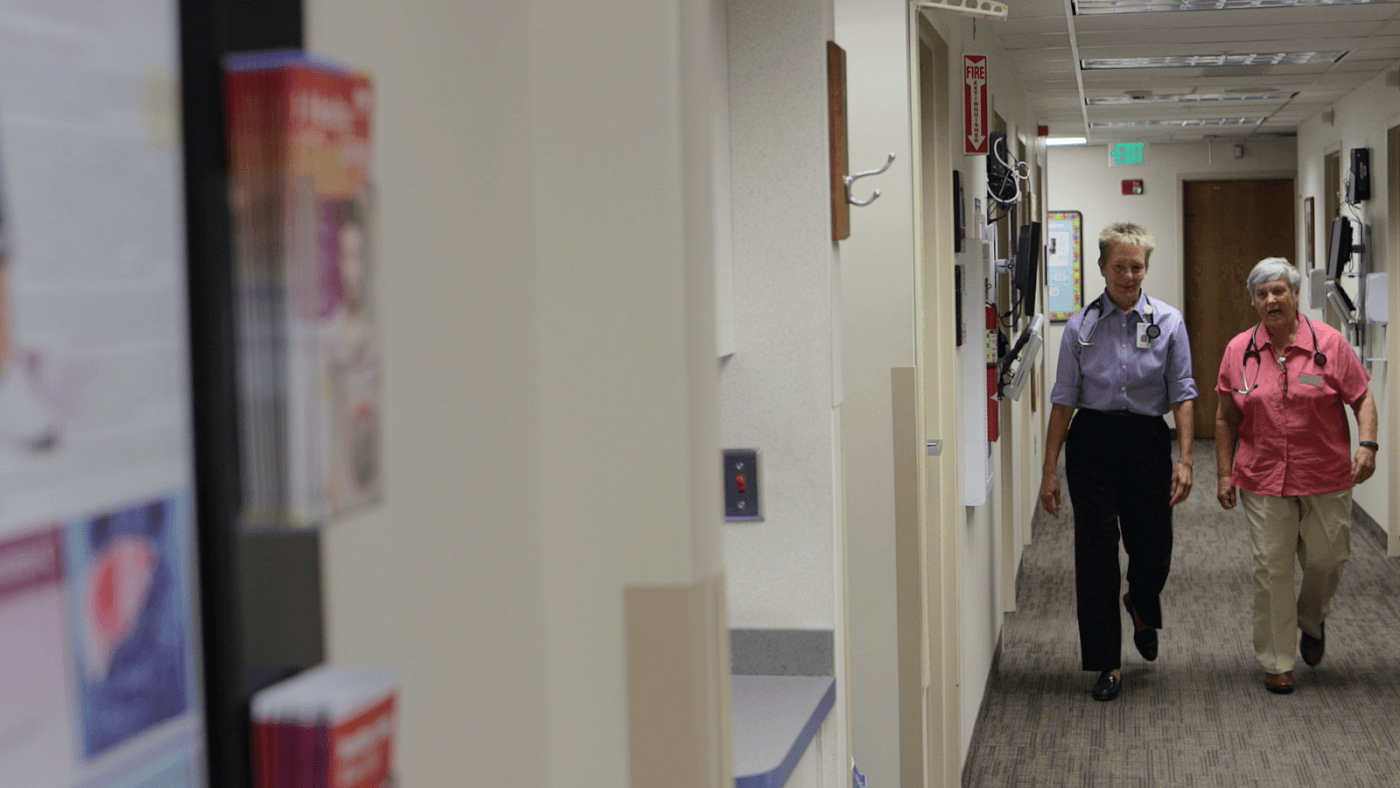 Co-directors Ruga and Amanda Stoddard spoke with INTO about the love story that is Quiet Heroes.

INTO: How did this story come to you?

Jared Ruga: So I discovered this story through a law professor of mine who was working through the university that set up a special collection where they would archive materials from Kristen and Maggie’s practice, the medical practice that I found out was the only one that treats AIDS at the height of the crisis. And I thought it was a great story, wanted it to be more accessible to more people than the special collection at the library could attract, so I asked if anyone was making a film or writing a book or doing any sort of like mass media rendering of the story and the answer was no. And so I said, “OK, let’s get in there and see what we can do.”

I was introduced to Dr. Kristen Ries and Maggie Snyder and immediately fell in love with them and upon hearing more about their story from others in my network who lived through that experience. I knew that it was something that needed to be memorialized for the sake of preserving that history but it also needed to be propagated to my generation who really doesn’t know that much. I’m 29 and, you know, the HIV crisis is like a ghost story to a lot of people my age. It’s something that happened in the past and is scary and terrible but we survived it and now we don’t have to worry about it anymore, right? But that’s not true.

There are lots of reasons to still be concerned about HIV and we really haven’t made that much progress toward a cure. We may be coming closer to a vaccine but you know, 35 years of research and we’re still not there and so and then we have other advancements in medicine like PrEP that can help prevent it but that relies on the medical system complying. You know, fortunately here at the University of Utah, we’ve got the state’s first free PrEP clinic opening up now and so that’s pretty fantastic, but people need to know about it and then once they have the free PrEP, they got to take it according to you know all the medical guidelines and so there’s a lot that goes into preventing and managing HIV and I feel like often my generation can be a little cavalier about it and I wanted to bring a historical story into the present to put it back on everyone’s radar. 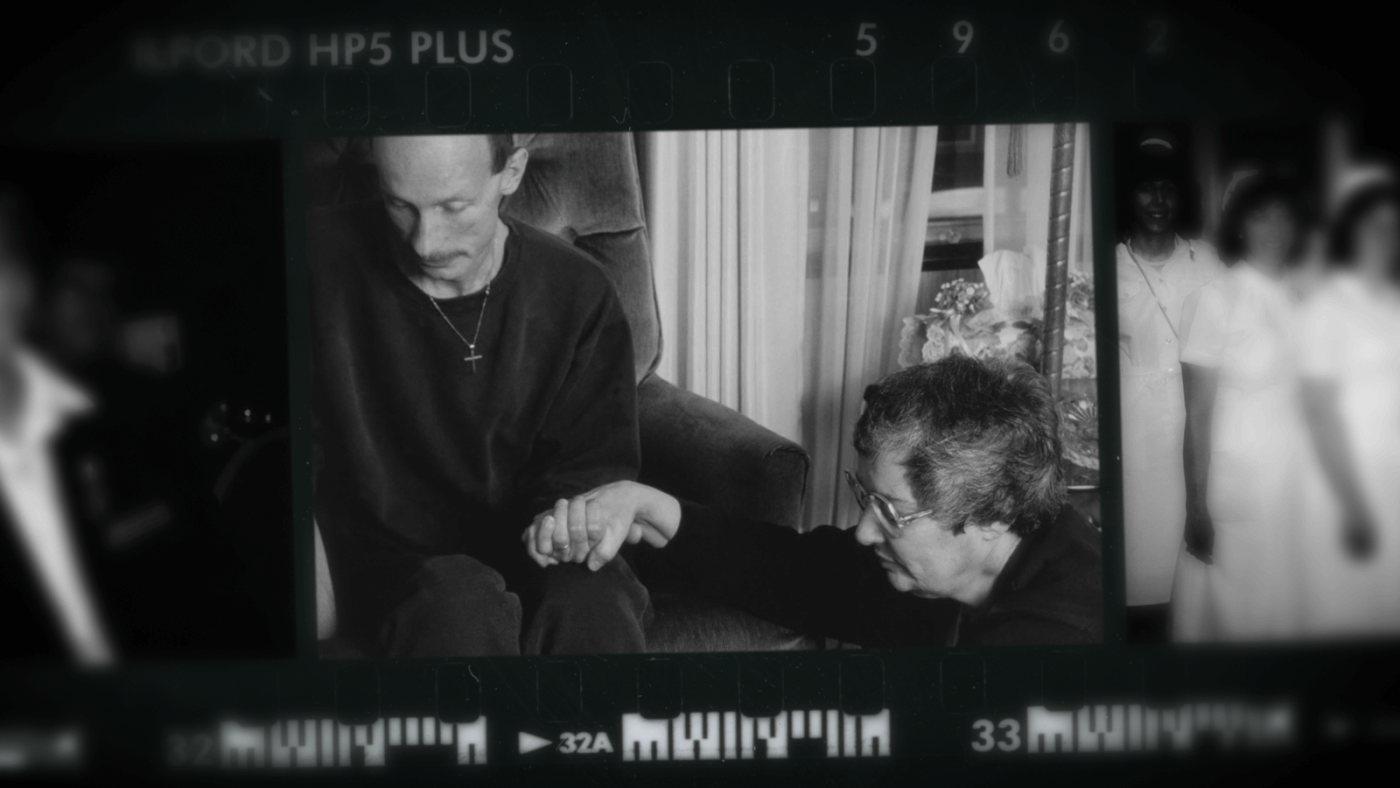 In the last year or two, more HIV/AIDS narratives are coming out — I’m thinking about BPM and 1985  — and I’m wondering why you think that may be happening right now.

JR: Well, I think there’s that phenomenon of multiple discovery where there’s something in the zeitgeist and a lot of people read that at the same time and they pursue it, but I think right now, particularly for the LGBT community and other communities, we feel under attack. The administration and the White House is openly hostile to the LGBT community and just about every out underrepresented demographic and the AIDS crisis was in a lot of ways a very similar attack. It was something that threatened, it was an existential threat against the community that the government wasn’t helping to mitigate, so we had to turn inward, circle the wagons, and take care of our own. And reminding ourselves that that’s possible and that you can make it through, even a terrible crisis like the height of AIDS. That’s a good reminder to have today in our political climate and I think that story still resonates. There are people out there who are willing to self-sacrifice to protect their own and to give compassionate and comprehensive medical care. It’s a nice example of bringing out the best in people in the worst of times.

This story is specific to Salt Lake City — through your research, did you find a lot of other people like Kristen and Maggie doing this work in other cities?

JR: Yes. I mean, they had to, right? Throughout Utah and really the Intermountain West, it was kind of Kristen and Maggie. But I’ve heard stories out of Minnesota and Iowa where similar things were happening. But really, it’s just, I think Quiet Heroes tells the story that’s a little more emblematic of what was happening across the entire country. You know, New York, LA, San Francisco, cities with large LGBT populations that had a little bit more political capital and a little bit more force behind them, they were more organized, they had more resources, and so they were able to kind of get on the map and they god they did because that’s what ultimately drew change. But that didn’t really help people in suburban bedroom communities and more rural areas and even small retro areas like Salt Lake. So we wanted to tell the story that was actually closer to the dominant experience that most people affected by the AIDS crisis went through.

Kristen and Maggie weren’t really closeted around the nuns, but they also didn’t bring up their relationship. It wasn’t something they discussed with them. You make an interesting parallel in the film about the nuns also having this sort of like repression of their own sexuality. How do you think that the relationships between Maggie and Kristen and the nuns were ultimately able to be so helpful to all of the patients?

Amanda Stoddard: Well, they were helpful because they could and I think that’s, I mean one thing that brings it back to present day, there are no places like Holy Cross hospital anymore. Not in Salt Lake. There’s nowhere that anyone can go and get treatment and have people treat them out of the goodness of their hearts anymore. Like, we’re in dire straits when it comes to healthcare and so this kind of shows a compassionate care model and why we need healthcare for all and those nuns, I mean, they were really, really special and I think when we talk about the film being about quiet heroes, it’s not just Kristen and Maggie. There were a lot of people that kind of stood up. It would have been really easy for us to focus on  Kristen and Maggie’s love story and make it about that but that’s not what the story was about. It was about people who went in and did the work at their own personal expense. 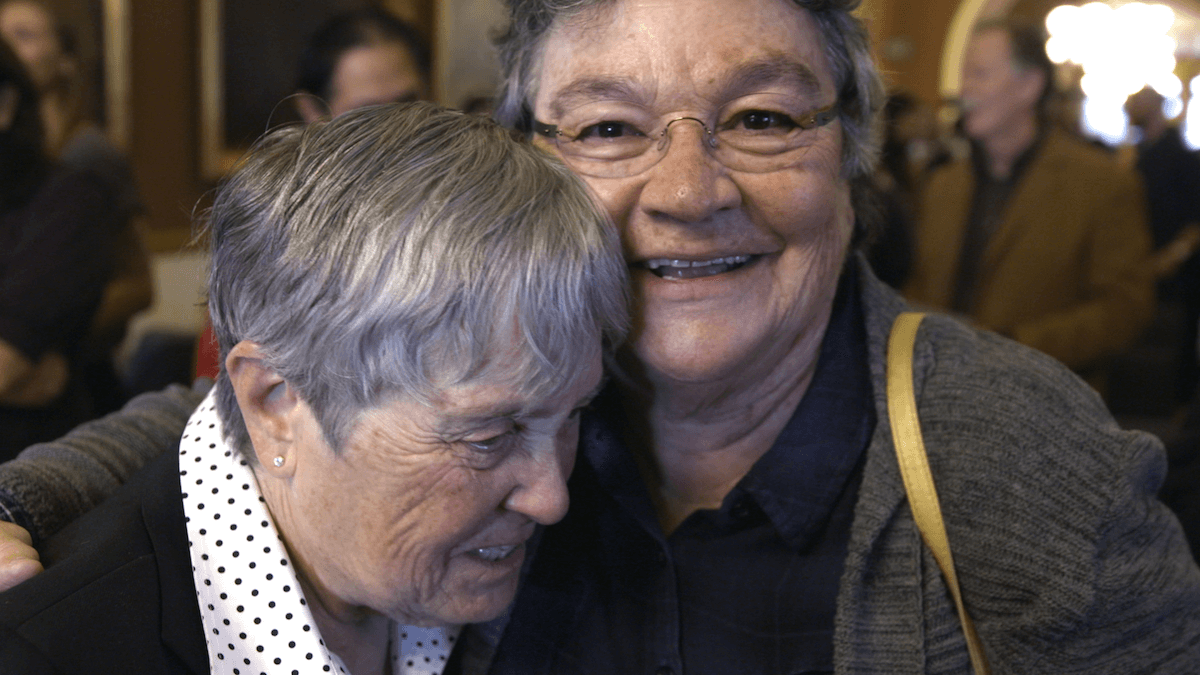 Quiet Heroes is just such a perfect name for the film because they seem so — they make their work seem so easy and it’s not an easy choice for some people. What was it like when you went to them and said you wanted to make a film about them? Were they open to it? How did they feel being the subject?

JR: They were a little shy at first; were kind of questioning “Why us?” To them, they were just doing their job. They were taking out the trash and stocking the grocery store shelves and counting beans, right? They weren’t saving lives every day and creating a sense of community and extended family for those who were exiled from everyone they knew. To them, they had a job to do and they just showed up and did it everyday and they didn’t quite understand why there was so much fanfare around what they dedicated their lives to do. But eventually, I think they warmed up a little bit and we told them, you know, it’s not just going to be about you. We’re also interviewing some of your former patients of families of patients and we’re making it about the time period and we really want to juxtapose it with today and show how some things have changed and some things haven’t and I think that got them more comfortable to open up and then beyond that, it’s really just building and maintaining the relationship, letting your subjects know that you got ethics as a filmmaker and you’re not going to misrepresent anything and you’re not going to make them look bad but you’re going to tell the truth in the most interesting way you can come up with.

AS: We were talking to them last week and their house is just filled with all this memorabilia from all of the patients that they served, and so they really had, once they felt they were doing, they trusted us, they also really wanted to honor those patients and I think we did that.

Were there any particular challenges in creating this and anything that was really difficult to show visually maybe or getting anything done?

AS: Yeah, it’s historical so you have a lot of interviews to work with. You don’t have a shortage. So it was a big challenge and also the story was really big, so if you look at it now and say this is what the story should always have been, but getting it to that point was really tough because there’s so many people that wanted to talk about Kristen and Maggie and how do we do this and tell this story in a way that honors them and honors what they did and also the other quiet heroes, the nuns, Paula, all of the people that participated but I think that the biggest challenge was trying to make it relevant to honor them but we’re trying to work around how to we make all of these interviews come to life.