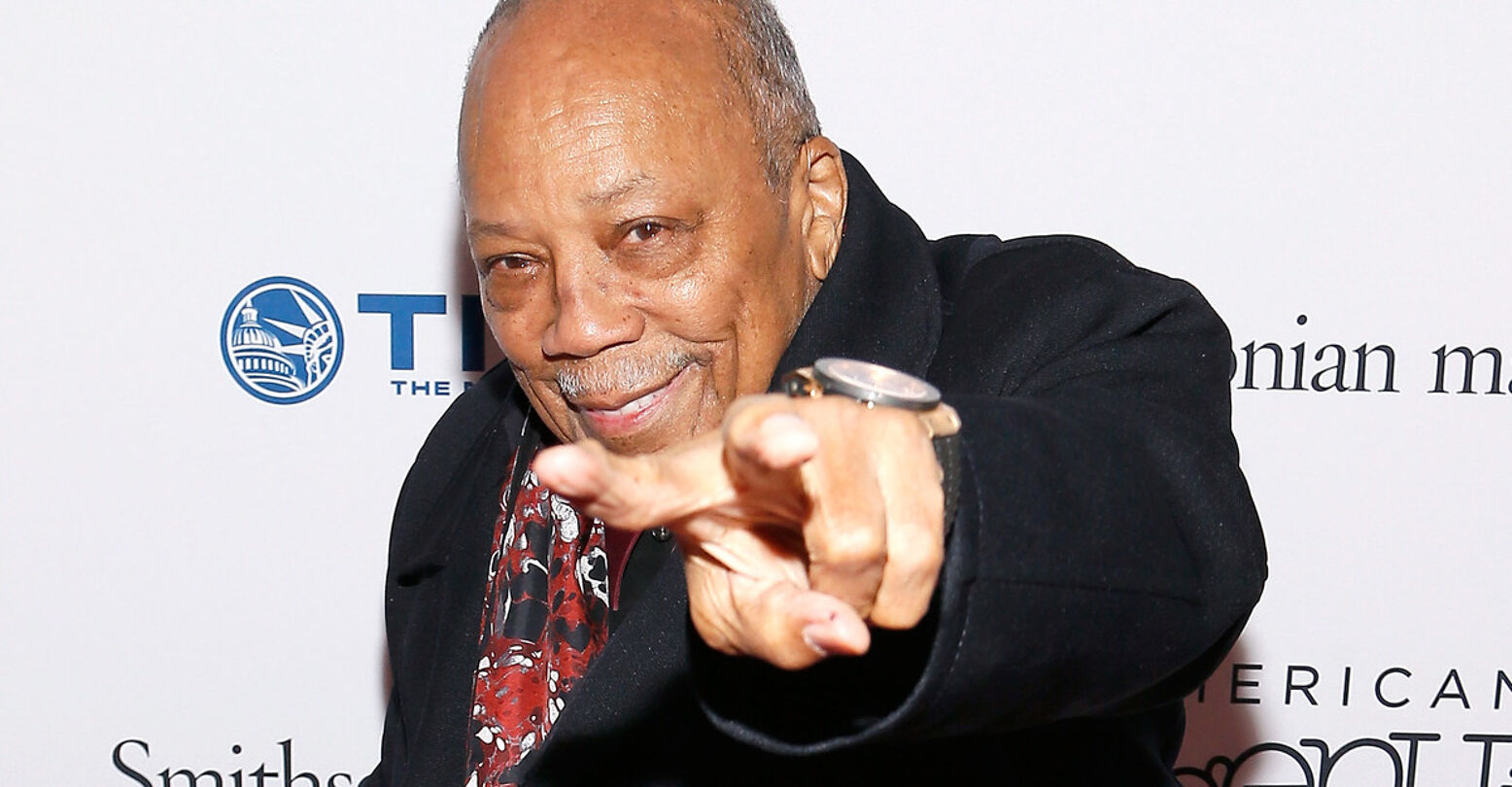 Quincy Jones has reached the level of celebrity where he can say anything he wants. And thank goodness he exercised that right. In a new interview with Vulture, legendary composer Jones spoke up about some of the world’s most adored actors and musicians and let out his truth, unfiltered.

Here’s a sampling of the many flavors of tea Jones was sipping and spilling:

“Michael stole a lot of stuff. He stole a lot of songs. [Donna Summer’s] ‘State of Independence’ and ‘Billie Jean.’ The notes don’t lie, man. He was as Machiavellian as they come.”

“It’s because there’s a side of herwhen you keep secrets, they backfire.”

“[T]hey were the worst musicians in the world. They were no-playing motherfuckers. Paul was the worst bass player I ever heard. And Ringo? Don’t even talk about it. I remember once we were in the studio with George Martin, and Ringo had taken three hours for a four-bar thing he was trying to fix on a song. He couldn’t get it. We said, ‘Mate, why don’t you get some lager and lime, some shepherd’s pie, and take an hour-and-a-half and relax a little bit.’ So he did, and we called Ronnie Verrell, a jazz drummer. Ronnie came in for 15 minutes and tore it up. Ringo comes back and says, ‘George, can you play it back for me one more time?’ So George did, and Ringo says, ‘That didn’t sound so bad.’ And I said, ‘Yeah, motherfucker because it ain’t you.’ Great guy, though.”

“Yes, sir. Twelve years ago. Tommy Hilfiger, who was working with my daughter Kidada said, ‘Ivanka wants to have dinner with you.’ I said, ‘No problem. She’s a fine motherfucker’ She had the most beautiful legs I ever saw in my life. Wrong father, though.”

On “We are the World” and why Cyndi Lauper disliked it:

“It wasn’t the rockers. It was Cyndi Lauper. She had a manager come over to me and say, ‘The rockers don’t like the song.’ I know how that shit works. We went to see Springsteen, Hall & Oates, Billy Joel, and all those cats and they said, ‘We love the song.’ So I said [to Lauper], ‘Okay, you can just get your shit over with and leave.’ And she was fucking up every take because her necklace or bracelet was rattling in the microphone. It was just her that had a problem.”

On whether there is innovation in today’s pop music:

“Hell no. It’s just loops, beats, rhymes and hooks. What is there for me to learn from that? There ain’t no fucking songs. The song is the power; the singer is the messenger. The greatest singer in the world cannot save a bad song. I learned that 50 years ago, and it’s the single greatest lesson I ever learned as a producer. If you don’t have a great song, it doesn’t matter what else you put around it.”

“[Marlon] Brando used to go cha-cha dancing with us. He could dance his ass off. He was the most charming motherfucker you ever met. He’d fuck anything. Anything! He’d fuck a mailbox. James Baldwin. Richard Pryor. Marvin Gaye.”

Read the full interview, and all the tea, at Vulture.