Rachael Cantu‘s new track “You’re The Most” was inspired by a specific part of her identity.

“I wrote this song from the perspective of the introvert,” the out singer-songwriter says, “the person who doesn’t mind being alone but the thought of a particular love wins over any personal space they covet.”

“You’re The Most” is from Cantu’s coming EP, Love Rush, releasing in April. Produced by Matt Wong of Clap Your Hands Say Yeah, “You’re The Most” will be accompanied by five others described as “deeply personal songs about love and loss.”

For the video, director Devon Kirkpatrick wanted to explore “a meditation on love and intimacy as experienced by two non-binary people.” Actors Victoria Ortiz and Olabisi Kovabel star in an artfully playful and sentimental look at a romantic relationship set against a dreamy backdrop of private backyards and pastel palettes. 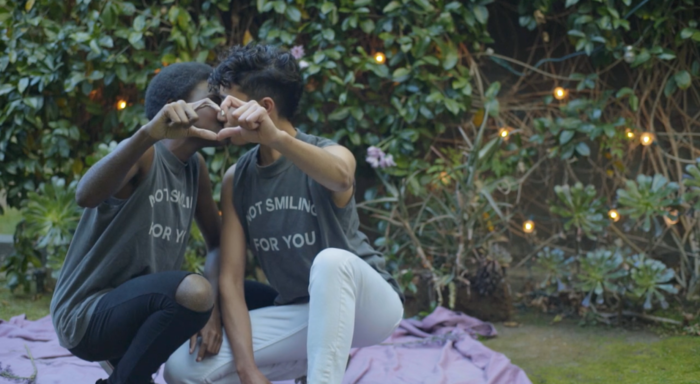 “It’s a peek at their intimacy, where the love shared embraces the beauty of both the masculine and the feminine,” Kirkpatrick says. “Their experience reflects on many universal themes felt in the early stages of love. Most of all, the terrifying thrill of the decision to let somebody in with an open heart.”

“This music video beautifully captures the heart flutter, the fear of falling, and does so by being unapologetically queer,” Cantu says, “which I find so necessary in this world.”