The new trailer for Disobedience does not feature the kiss and spit swap we’ve heard so much about after the film premiered at TIFF, but it does offer a tale of two Rachels (McAdams and Weisz) who are in a tangled and forbidden love affair. I know, I know–stop me if you’ve seen this plot in every lesbian-themed film ever–but this one takes place in an Orthodox Jewish community in London after the second Rachel’s estranged rabbi father dies and she returns home to find her long lost love, the first Rachel, married to her cousin. 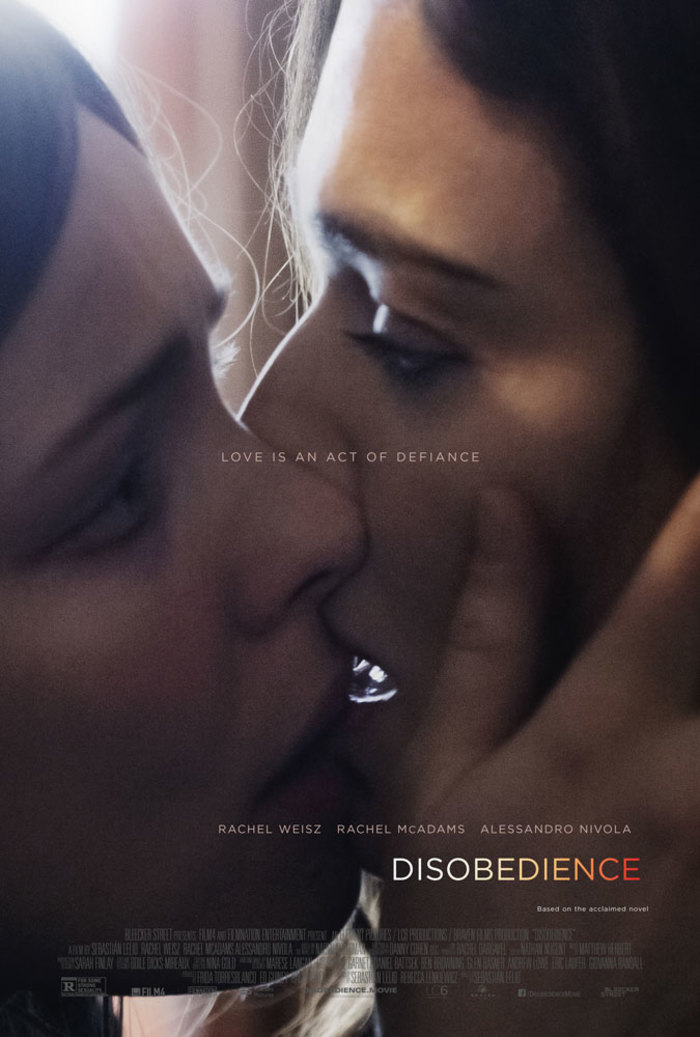 Disobedience received excellent reviews out of Toronto, and is based on an award-winning 2006 novel by Naomi Alderman. Along with Rebecca Lenkiewicz (Ida), Sebastián Lelio (A Fantastic Woman) adapted the story for the screen and also directed what looks to be another repressive yet sexy film about queer love, starring two actresses whose lip locks help solidify my lesbianism. ConsideringLenkiewicz’s play Her Naked Skinwas a hugely successful take on a romantic relationship between two suffragettes, I feel as though she can be trusted.

While Disobedience doesn’t hit theaters until April 27, the good news is you still have a few months to propose the novel for your feminist book club and watch the trailer over and over again in the privacy of your own home.