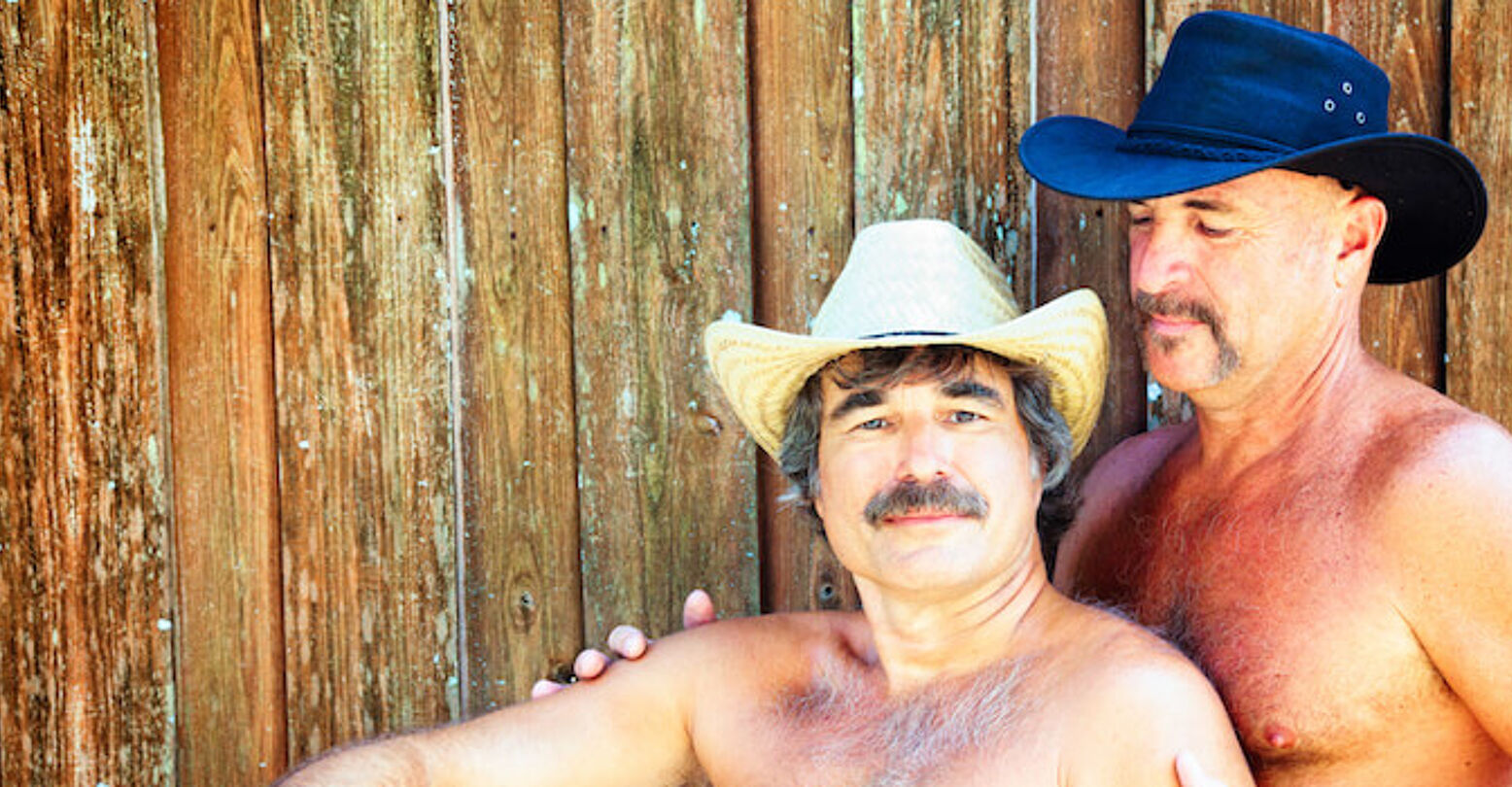 The bear community knows a little something about discrimination, right? Surely people who have experienced queerphobia and fatphobia would be welcoming to people of all backgrounds? Turns out … nah.

According to a story in the San Diego Gay & Lesbian News, a Facebook group known as Muscle Bears, devoted to muscular gay bears and the people who love ‘em, has an old-school country club-style membership rule: no Black or Asian people allowed.

In order to join the group, a person must respond to several questions. The first question is innocent enough: “Where are you from?” The second, however, says: “If you are Asian or African do not join the group because it will be blocked from this group.”

According to San Diego Gay & Lesbian News, one member spoke up about the questionnaire.

“As a member, this makes us all appear to be racists by being complicit,” wrote one member in the group. “Just no-one will address the matter. So if you know the admins, I’m asking people to reach out and ask why this has been added. And if it’s not removed, I’m asking people to quit and report the group as hate speech.”

Queerty was able to capture a screenshot of the question. 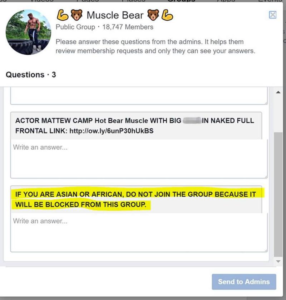 INTO contacted someone listed as a moderator of the group to ask about the membership restrictions.