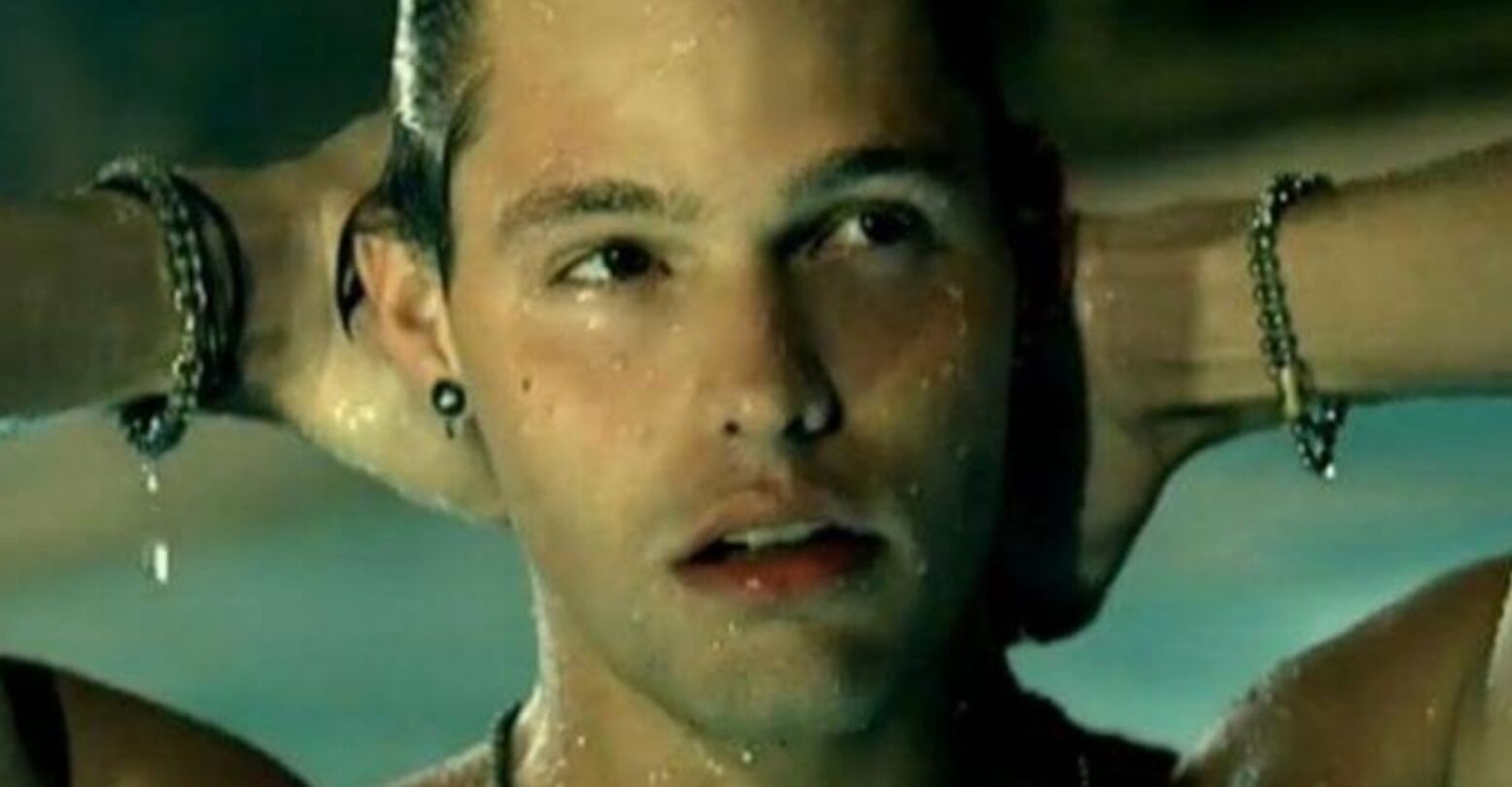 While Britney tours the world asking audiences if they want a “Piece Of Me”, fans back home have longed to grab a piece of the men in her videos as well — but which one’s the best? Who drives you crazy and who makes you want to scream and shout?

Join us here at INTO as we sort out the womanizers from the Papi’s, ranking all of the boys in every Britney Spears music video and yes, that does unfortunately include Kevin Federline, too.

Sure, Britney and K-Fed do share some chemistry in the promo for “My Prerogative,” but their chaotic relationship behind the scenes ended even quicker than his failed rap career, leaving behind nothing but resentment and one awkward reality show.

No one disrespects the Holy Spearit like that. No one.

The reason why Grenier delivered such a boring performance in this video might have something to do with the fact that he didn’t even want to show up on set in the first place. This sentiment was echoed by audiences who didn’t show up to see the movie he was promoting at the time either, which also happened to be called Drive Me Crazy.

Britney has always had a fraught relationship with the media, so it came as no surprise when this guy tried to sell her out to the paparazzi. Miss American Dream was having none of it though and neither were we.

Trapped inside the movie Smurfs 2, Britney does what any mother would do after being ripped away from her children and starts dancing alongside some adorable Smurfs. Their basic moves leave a lot to be desired, though. For Smurfs’ sake, you’re in a Britney video. Do better!

There is nothing more uncomfortable in this world than seeing Britney Spears straddle Snoop Dogg and lick his beard. Maybe it was a good thing that she hurt her knee while filming this video. Who knows what else the director had in store for this awkward duo?

Although he was more conventionally ‘evil’ than the other men who star in Britney’s videos, this long-haired anime robot was still a better match for Spears than half the men she’s dated in real life.

Confidence is a must and cockiness is a plus, but unfortunately for this guy, he was distinctly lacking in the kind of edges that give Britney a rush.

We can only assume that this model was originally supposed to feature more prominently in the video before the label interfered as per usual. For those two seconds, though, this random star gives us his all.

Smashing vases and kicking boxes with no regard for hotel safety regulations, Stephen Dorff’s angry turn in the “Everytime” video annoyingly distracts from his abs throughout.

He’s got a cute smile and all, but why’s this guy wearing both a blazer and a cardigan on such a nice, sunny day?

Real life squeeze Jason Trawick looks a bit scruffier than the clear-cut models of yesteryear and he gets bonus points for that bulletproof makeout sesh too.

In blatant disregard for the laws he swore to uphold, Sexy Cop has his way with Britney behind a car using handcuffs in broad daylight and that my friend is the definition of #goals.

If you look past the fact that Britney was making eyes at her real-life cousin, they’d make a pretty hot couple.

Will.i.am brought the action with a range of poses and the kind of adoration for Britney that the queen deserves all the time.

Rare is the man who can hold his own in a Britney dance-off and while we don’t know what they got up to in those two seconds they went off camera, I can guarantee that neither Britney nor Austin behaved themselves.

A modern-day rewatch of Crossroads reveals that Mount’s character was actually a bit of a douche, but he was also kind of cute and made up for his failings by the end of the film. Can’t wait to see what’s next for him and Britney in the eagerly awaited follow-up, Crossroads 2: Cross Harder.

Ignoring the fact that he stole the Heart of the Ocean from old lady Winslet, it sure does seem like this eager astronaut would do whatever it takes to win Britney over, and for that, he deserves our respect.

Isn’t he lovely? This Hollywood boy? To be honest, we wouldn’t be complaining if he swept us off our feet 15 million times.

With this early classic, both Britney and N.E.R.D.’s frontman turned the dance floor into their own little nasty world, but in the end, not even the allure of Pharrell could keep her away from shagging Austin.

As if this football tossing model wasn’t hot enough, he also likes long walks on the beach and owns a gorgeous dog too. What’s there to be scared of, Britney?

Video Britney proves once again here that she has better taste in men than real-life Britney, trying her best to mingle with this fine specimen whose eyes see right into her soul.

If it wasn’t for his cheating ways, this Norwegian model and his perfectly sculpted torso would rank even higher on the list, but I don’t make the rules.

Whether you resent him for being a womanizer or simply because those shower scenes are all too brief, there’s still plenty of fun to be had watching Stoughton’s character squirm in the clutches of a vengeful Godney.

When he wasn’t saving lives on Grey’s Anatomy, this Kiwi stunner was enjoying the taste of a poison paradise courtesy of super spy Ms. Britney Spears.

8. “From the Bottom of My Broken Heart” — Christopher Snyder

Sure, Snyder’s character does break Britney’s heart, but he also WRAPS HER UP IN A BLANKET AND MY LITTLE GAY HEART CAN’T TAKE THE CUTENESS!

In our humble opinion, bare-chested Tyson doesn’t appear for long enough in this video. Even more importantly though, where did Britney put her hands during that sexy bike ride?

The entire UK gasped and ooh’ed when Love Island’s Paul revealed that he’s the model who made out with Britney at the end of her “Make Me…” video, but honestly we were already gasping and oohing when we first saw them enjoy their own private show together back in 2016.

At no point in this video does Snyder button up his shirt and for that, we thank the Holy Spearit every day of our meaningless lives.

We’re guessing Britney didn’t get much sleep at this slumber party, as she hooked up with Asghari soon after shooting this promo and the pair have been adorable on social media ever since. Still, he could have cleaned up that milk himself and it’s laziness like this that holds Britney’s beau back from making the top three.

Everything you need to know is in the title.

Like a Norse god of old, Felker combined Loki’s mischief and Thor’s golden locks to form the perfect man in one of Britney’s sexiest promos yet.

Durand’s performance in this video single-handedly turned an entire generation of teenage boys gay and for that, we’ll always be grateful.