Rebecca Hall has vowed to donate her earnings from Woody Allen’s new film, A Rainy Day in New York, to the Time’s Up Legal Defense Fund, making her the latest actress to pledge financial support to the cause, and to speak out against Woody Allen. She joins co-star Timothée Chalamet, who announced yesterday he was donating his entire Rainy Day salary to Time’s Up, the LGBT Community Center of New York City, and RAINN.

Hall has worked with the director and accused sexual abuser before in Vicky Cristina Barcelona, but in a new Instagram post, the actress expressed her regret for working with him again this past fall.

The day after the Weinstein accusation broke in full force I was shooting a day of work on Woody Allen’s latest movie in New York. I couldn’t have imagined somewhere stranger to be that day. When asked to do so, some seven months ago, I quickly said yes. He gave me one of my first significant roles in film for which I have always been grateful, it was one day in my hometown – easy. I have, however subsequently realized there is nothing easy about any of this. In the weeks following I have thought very deeply about this decision, and remain conflicted and saddened. After reading and re-reading Dylan Farrow’s statements of a few days ago and going back and reading the older ones – I see, not only how complicated this matter is, but that my actions have made another woman feel silenced and dismissed. That is not something that sits easily with me in the current or indeed any moment, and I am profoundly sorry. I regret this decision and wouldn’t make the same one today. It’s a small gesture and not one intended as close to compensation but I’ve donated my wage to @timesup. I’ve also signed up, will continue to donate, and look forward to working with and being part of this positive movement towards change not just in Hollywood but hopefully everywhere. #timesup

“He gave me one of my first significant roles in film for which I have always been grateful,” she writes, “it was one day in my hometowneasy. I have, however subsequently realized there is nothing easy about any of this.”

She goes on to describe working on Woody Allen’s set the day the Weinstein story broke, and coming to realize how “conflicted” and “saddened” she was about her decision to work with Allen. In the post, she voices her support for Dylan Farrow, Allen’s daughter who famously accused him of molesting her as a child.

“I see not only how complicated this matter is,” Hall writes, “but that my actions have made another woman feel silenced and dismissed. That is not something that sits easily with me in the current or indeed any moment, and I am profoundly sorry.”

Post-Weinstein, other famous women have voiced their support for Farrow, with women like Reese Witherspoon and Natalie Portman declaring, “I believe you, Dylan.” Greta Gerwig, the Lady Bird auteur, said she is “heartbroken” that she caused Farrow pain in working on Allen’s film To Rome With Love, and has since promised not to work with the director again. Out actress Ellen Page, who also starred in To Rome With Love, said working with Allen was “the biggest regret of my career.” Actress Mira Sorvino, who won the Oscar for Best Supporting Actress in 1995 for her role in Allen’s Mighty Aphrodite, has echoed similar sentiments.

It’s largely women who have been making powerful statements, both in their words and actions, against sexual assault in Hollywood. It was only after public pressure that Mark Wahlberg decided to donate his reshoot salary from All The Money in the World to the Time’s Up Legal Defense Fund. The movie was previously led by Kevin Spacey, but Spacey was pulled from the movie after he was slammed with allegations of sexual assault. Wahlberg’s co-star Michelle Williams agreed to participate in reshoots for a total of $1000 while Wahlberg received $1.5 million. 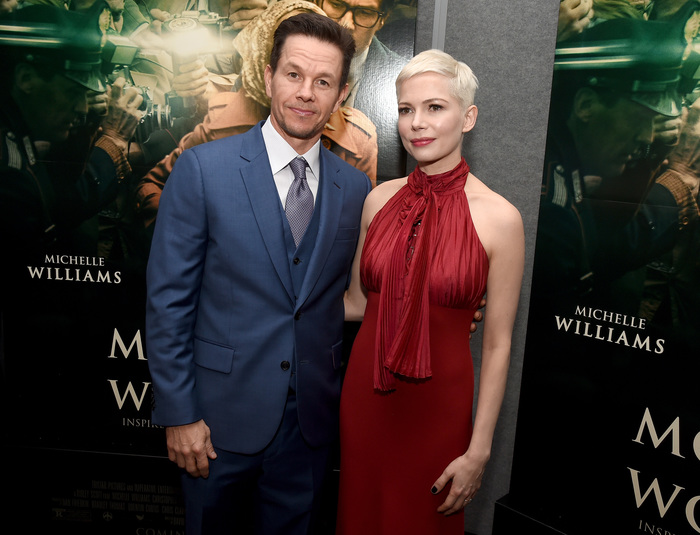 “Over the last few days my reshoot fee for ‘All the Money in the World’ has become an important topic of conversation,” Wahlberg said in a statement. “I 100% support the fight for fair pay and I’m donating the $1.5M to the Time’s Up Legal Defense Fund in Michelle Williams’ name.”

In response, Williams released a statement of her own: “If we truly envision an equal world, it takes equal effort and sacrifice. Today is one of the most indelible days of my life because of Mark Wahlberg, WME and a community of women and men who share in this accomplishment. Anthony Rapp, for all the shoulders you stood on, now we stand on yours.”

Amidst this cultural reckoning, which can often feel overwhelmingly triggering or traumaticespecially for victims of assaultit’s comforting to see public figures speak up and do the right thing. Hall’s donation to Time’s Up gives me hope for real change in the future.