In Colette, Root plays Rachilde, the pen name for real-life 19th-20th-century novelist and playwright Marguerite Vallette-Eymery. Rachilde was someone assigned female who did not conform to gender norms at the time. This is one of the first instances in which a trans woman has played a character assigned female who rejected gender norms in a major production. 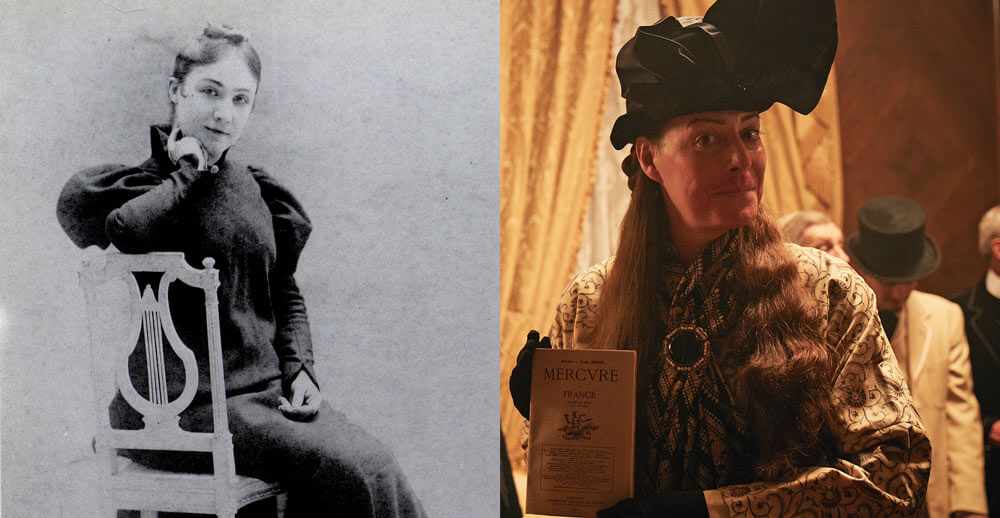 Seeking inspiration to represent Rachilde over 75 years after her death, Root looked toward her writing.

“I found an old translation of her most famous work, Monsieur Venus, and devoured it,” Root tells INTO. “Her subversion of gender and sexual expectations at the time was nothing short of revolutionary. It was a breath of fresh air to play a woman so at ease with her own gender and sexuality. My only very slight regret was that the costume designer didn’t put me in a tux!”

In The Sisters Brothers, she plays Mayfield, a character that, in the 2011 novel, was a cis man. Root instead performs the character as a cis woman for the adaptation, though the character’s assigned sex is ultimately ambiguous and undiscussed.

This isn’t Root’s first time playing a cis character. In fact, she estimates half of her most recent roles have been cis women.

“I’m not sure if that’s because the viewing public, especially filmmakers, are just beginning to see the person, not the gender; or if they just recognize me because my name is somehow in the mix right now,” she says. “Either way, the result is that the much wider audience all of a sudden see a trans person living a ‘regular life,’ trans or cis.” 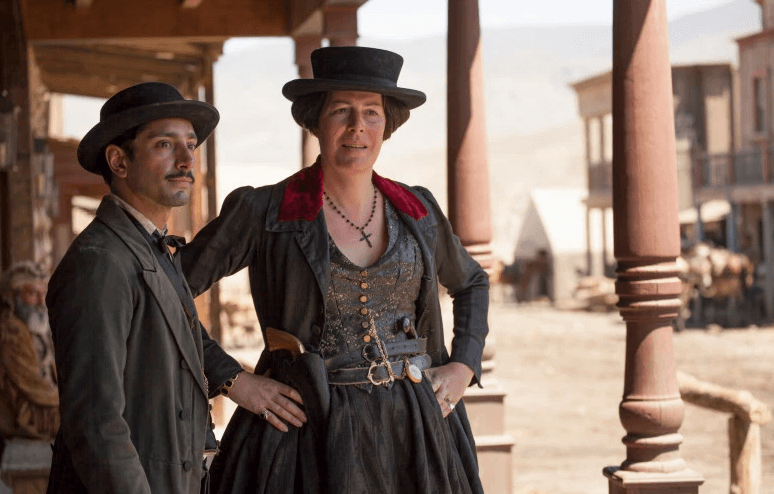 Perhaps Mayfield, an old Western saloon owner, and Rachilde, a real-life high profile novelist, don’t qualify as “regular lives.” However, the de-centering of assigned sex from the role may open up many opportunities for trans actors.

“I feel that ultimately the more people see trans people everywhere we cease to be a threat or novelty — we just exist,” Root says.

Root’s breakthrough came in 2015 when she starred in the BBC’s Boy Meets Girl, a sitcom following her lead character’s relationship with a younger cis man. It was the first BBC comedy series to center trans issues and the first to star a trans actor. The program had a positive reception but ended in 2016 after two seasons. Root described the show as having an “enormous” impact and says she received a large number of positive responses to the series.

“After the show went out I had a lot of letters and messages from viewers who said they were going through similar stuff and that it had helped them,” she tells INTO. “It felt amazing to know my work had in some small way helped a trans person feel confident enough to stand up and be counted.”

While Root has already had this impact on countless people affected by her acting, she does not end her advocacy at the screen. She also works with the organization Diversity Role Models, which hosts volunteer-led workshops at schools and colleges focused on queer/trans anti-bullying initiatives.

“If you can open the hearts and minds of the younger generation you will find that the later generations won’t be bigoted against our community,” she says. 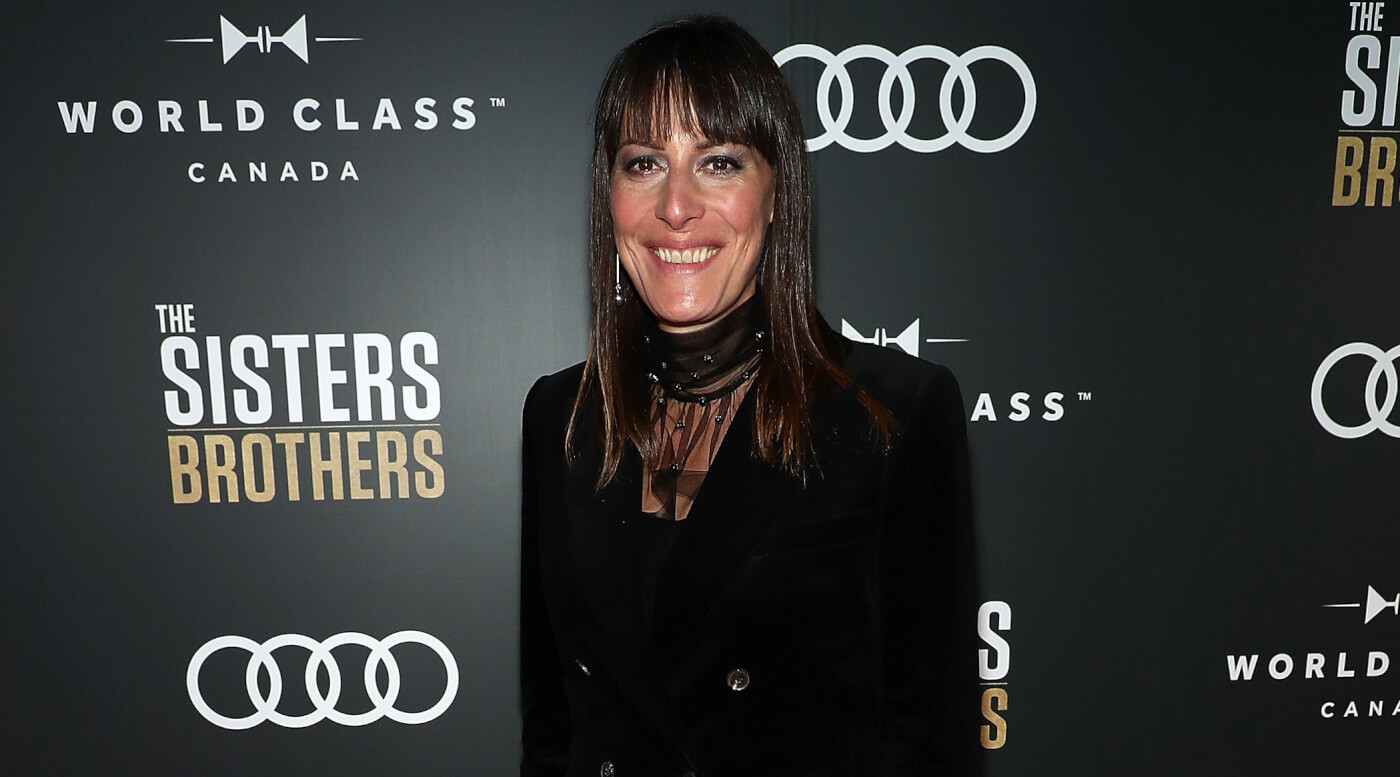 Along with her advocacy, Root’s career is also about to blow up from her upcoming roles. She will voice Misabel in the 2019 series based on Tove Jansson’s Moomins alongside Kate Winslet and Rosamund Pike. She’s also guest starring in Anna Paquin’s upcoming series Flack later this year.

Alongside her TV roles, she is part of the world premiere theater adaptation of Deirdre Kinahan’s Rathmines Road, which examines the “personal and collective response[s] to an allegation of sexual assault.”

“It is very much a play for our times, sadly,” Root says.

Despite the still-problematic casting and storytelling issues in Hollywood, Root remains optimistic about trans representation in the near future.

“It can only get better, surely,” she says. “More and more of us, alongside our non-binary compatriots, in more and more visible roles in entertainment and media, can only mean more and more societal acceptance. Let’s do this!” 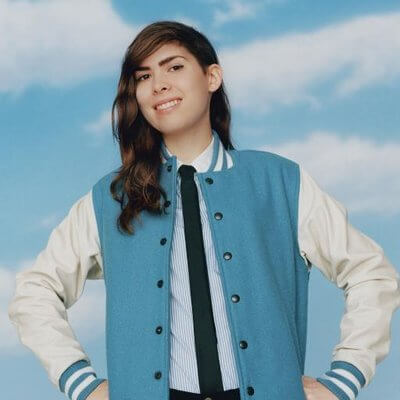