Living in the digital age, where there are plenty of social networks to choose from, we often take for granted the ability to document our everyday lives. Every date night, dinner party, or road trip is recorded, often times making it onto our platform of preference where it will live on forever. We forget that not that long ago, the only way to get our pictures printed was to take them somewhere for someone else to develop, making it more difficult for queer folks to not censor themselves even in their most private moments.

Reel In The Closet reminds us of the importance of film and photography when it comes to documenting our history and culture, and how little of it we have to look back on.

The Lesbian Home Movie Project, Queer Blue Light, and the GLBT Historical Society are a few contributors to the documentary from Stu Maddox and The Clowder Group, which is a breathtaking compilation of videos recorded by the LGBTQ community; birthdays, dinners, casual moments in their lives that we rarely, if ever, get to see, dating as far back as the 1930s.

There’s something very comforting in knowing that somewhere, someone has archived hundreds of home movies, keeping them safe and preparing them for eventual public consumption, in knowing our past isn’t completely erased.

Amongst collections of taped news reports, there is coverage of some of the first gay liberation marches post-Stonewall and Black Panther Party co-founder Albert “Big Man” Howard speaking in support of the LGBTQ community, in addition to images of well-known figures like Harvey Milk, Marsha P. Johnson, and Jeanne Manford in casual settings, as well as in marches and protests. Certainly, first-hand accounts of the hardships of our predecessors are a crucial part of our past, but just as important are images of queer folks living their lives just like anybody else might have in the ’40s or ’50s.

The film features footage of such moments, so rare that it almost feels like one shouldn’t be watching; a group of men skinny dipping together, lavender weddings, queer parents with their children, a picnic at the beach etc. While photographs have been a more common route to our queer past, they have been the only connection many of us have had to these eras, and seeing these living, breathing people move and interact with each other on film is a surprisingly emotional experience. 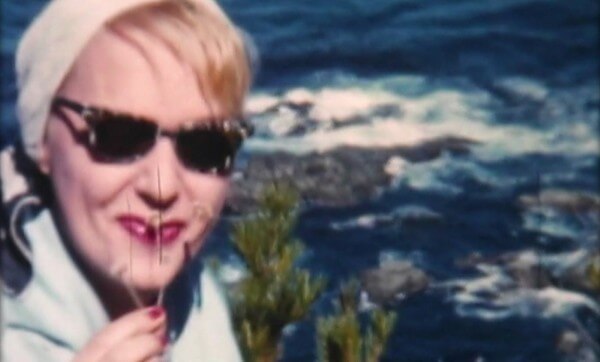 One such example is that of a 1950s lesbian bar in San Francisco called Mona’s Candlelight where the camera focuses on the M.C., a woman in red lipstick and a sharp man’s suit, who introduces a singer in a beautiful dress before the lens pans around the bar to reveal a room full of attendees in similar garb. In another instance, there’s found footage of and by a gay man whose affinity for filming worked to the documentary maker’s advantage, providing them with hours upon hours of the man’s life. The footage documents the entirety of his relationship with his partner from the very beginning, and throughout their years together, all in happy moments we wouldn’t normally have the privilege to witness, and which historically, we can use a little more of.

At one point, during an interview, someone in the film describes the archive as “the home movie of an entire people,” an accurate description, as the experience feels a lot like watching old videos of people we’ve known, or captured moments from vacations and moments we’d forgotten we’d lived.

Reel In The Closet is streaming for free now for a limited time. For the ultimate vintage gay experience, visit the official website before you have to pay for it.