In the 1960s, an American ideology of peace and free love was in stiff competition with law enforcement and the persistence of racism, homo and transphobia, sexism, and classism. Even in San Francisco, where LGBTQ rights would become a massive political movement with Harvey Milk’s run for city supervisor, local police treated the queer and trans communities with violent disdain and regular abuses of their power.

Three years before the Stonewall Riots in New York, San Francisco’s Tenderloin district was home to an uprising of its own. Though less recognized in history, the Compton’s Cafeteria riot of 1966 was a substantial demonstration of response to indignation on behalf of the drag queens and trans women who were just looking for a place to commune and feel comfortable dressing how and being who they wanted. The story of what happened one night in August has been told in a documentary, Screaming Queens, but now, it’s an immersive theater show that takes place in a diner not so different from the original Compton’s. 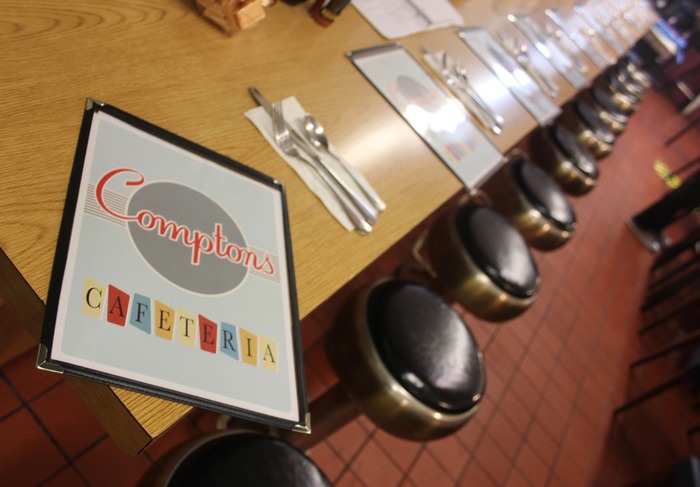 Written by Compton’s regulars Collette LeGrande and Donna Personna with playwright Mark Nassar (Tony and Tina’s Wedding) and directed by Aejay Mitchell, The Compton’s Cafeteria Riot is a fictional retelling of the events that ignited mass resistance against members of San Francisco PD. LeGrande, a twice former Grand Duchess of the Ducal Court of San Francisco and longtime performer at drag bar Aunt Charlie’s, says that the characters were based on real life queens and trans women who would frequent Compton’s, including herself. Sitting next to LeGrande during a performance at New Village Cafe (transformed into Compton’s for the night), she explained that she’d never “done anything like this before,” but was inspired to give it a try when Nassar called with the idea for the project.

“It was very strange to see certain things that happened to me in print,” LeGrande said of writing the show. “I was very young in 1966. I was 18 years old and trying to get by. Not easy back in those days.”

The character Collette is one of of eight queens or trans women who weave their stories into the The Compton’s Cafeteria Riot narrative. Played by Pleasure Bynight, Collette is a pro at working the Tenderloin, and shows young newcomer Rusty (Shane Zalvidar) that Compton’s is one of few places they can feel relatively safe. Police still come by to throw their weight around, and that certainly happens in the play with Officer Johnson (Joseph Paul) threatening to take any of them down to the “queens’ tank” for crossdressing. There, drag queens and trans women (as well as any others who were gender nonconforming) were subject to sexual and violent harassment and assault. (Interestingly, conversations about these identities in relation to each other is less a part of this world than it seems to be today, with RuPaul’s comments on trans queens being allowed to perform on Drag Race drawing criticism and necessary discussion about the trans-inclusive history of drag in general.)

Reliving such a difficult time was somewhat painful for Donna Personna, who is both trans and a drag icon in San Francisco.

“I was feeling the anguish, the panic, the sorrow, the humiliation, the loneliness of essentially being in my own world that I dare not share, until I found Compton’s,” she tells INTO. “I came to understand that sharing my story had the power to make other lives easier and the power to keep a pivotal history alive and give validation to a group of people who didn’t get affirmation in their life time.” 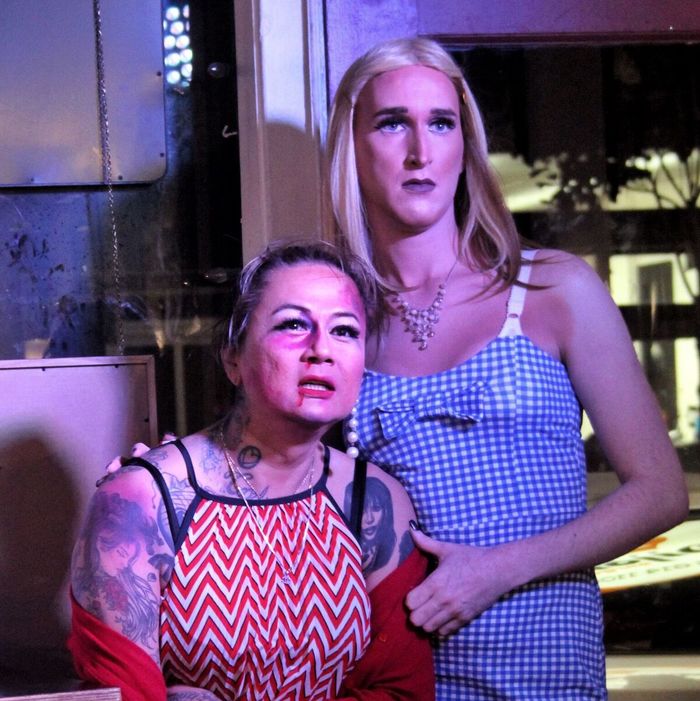 The live-action play has musical elements and moments of comic relief, but largely, it’s a narration of a historic event that closely aligns with the same struggles faced by queer and trans people today. The tears coming from audience members, who were seated alongside and often spoken to by the cast as though they were customers at Compton’s that night, were inspired by the raw reality of an oppressed community that many in the room are a part of.

“The public seems to want to know all that they can learn about transgender lives and marginalized groups in general,” Personna says. “These are reasons that this subject is gaining traction.”

Although The Compton’s Cafeteria Riot provides the context for the riot, it stops just short of performing the riot itself. Instead, it uses its characters to tell the stories of the Compton’s regulars (some real individuals, some composites), including those who started the conversation of resisting and protesting, an organization called the Vanguard. Conversations about the complex relationships trans women had not just with the authorities but each other are central to the narrative, something rarely touched upon in other theatrical explorations of trans lives and history.

“I believe that because these people were at the extreme of margins that basically nobody cared enough to keep their rebellion and efforts alive,” Personna says. “Their community gave up on them and the authorities were happy to bury this story.”

Fifty-two years after the Compton’s riot, which had patrons of Compton’s joined in resistance by other LGBTQs and allies fighting back against police on the corner of Turk and Taylor, LeGrande and Personna hope that lending their personal stories to a dramatization will help inform and inspire younger generations who have been afforded rights based on their early efforts. 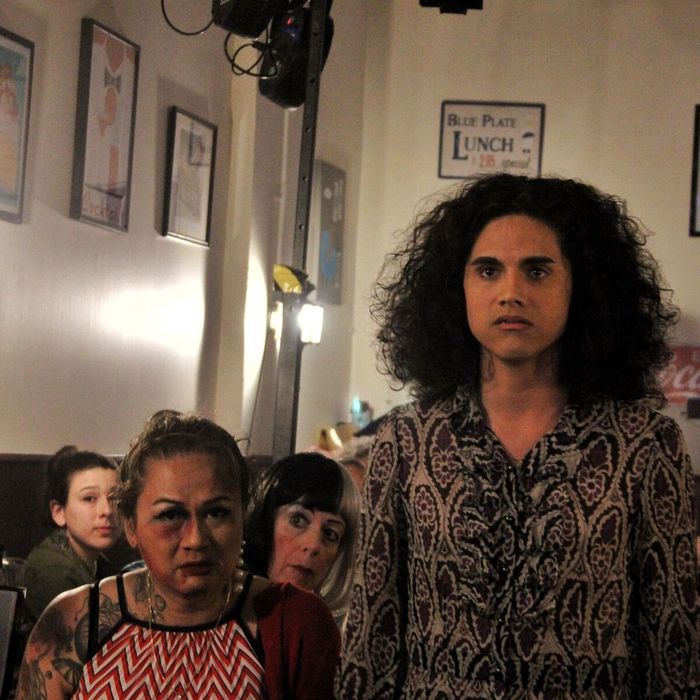 “I think the main reason that there hasn’t been much said about Comptons is that there has always been misunderstanding in the LGBT movement regarding being transgender,” LeGrande says. “It’s better now than back then. I think the gay movement felt it was the start of things and no one ever really investigated cared or thought it was important to think otherwise until now.

“The time is right now with more and more transgender knowledge for our lives and struggles to be brought to the forefront,” LeGrande continues. “I hope If nothing else this is an educational experience for everyone.”

Personna says she finds The Compton’s Cafeteria Riot relatable and more relevant than ever.

“My personal reasons for doing this is that I want the world to understand why these characters made the choices they made, to have compassion for them, to have empathy for them and ultimately to love them,” Personna says. “I want all people who are younger to understand that any advantages they enjoy today come at the cost of people like the ones in our play.”

The Compton’s Cafeteria Riot is presented by the Tenderloin Museum and playing at the New Village Cafe this Thursday, Friday, and Saturday at 8pm, and Fridays and Saturdays April 6 through May 5 at 7:30pm.