One of the most powerful moments for me this year was attending Sacramento’s “Ain’t I A Woman” Black Women’s March in July. It was there that I met the warm and resilient Ms. Tammie Lewis, mother of Chyna Gibson. Her daughter was one of five Black transgender women murdered in February. Her death sent shockwaves through the LGBTQ community since she had graced stages as Chyna Doll Dupree for years.

As I stood behind the podium with Lewis, her niece, and my mother, I felt both pain and empowerment emanating from her presence. It’s rare that we hear from the parents of slain Black trans women, especially ones that affirm and respect their identities. Ms. Tammie gives us a glimpse of what the parents of transgender folks should all be like unconditionally loving and unrelentingly supportive.

In this interview, I got the chance to delve into Gibson’s life and how her mother has garnered the strength to carry on her legacy.

We met back in July at the ‘Ain’t I A Woman’ Black Women’s March in Sacramento. I know that day was heavy for me. What was the March like for you and what was it like to have that time to dedicate to Chyna?

The March lifted me up, my spirit up. But not just the March. When I saw you and your mother, it was a reflection of me and Chyna. For them to have the march and implicate her name, it meant the world to me. She was somebody trying to go somewhere.

How did you and Chyna become mother and daughter?

Chyna was my little cousin that I adopted as my daughter and raised with my four other kids. I got custody of Chyna when she was eight and a half. Her mother, Sylvia, died from pneumonia when she was five and her daddy was shot down and murdered when she was eight years old. She had been so traumatized. When I took her in, she said, “If you adopt me, then you’ll be my mom because I don’t know my mom.” She had other siblings and family, but we were her main family. Once I adopted her, my kids didn’t call her cousin anymore. They were siblings.

What was her journey to figuring out that she was transgender?

In 2004, I sat her down and said, “I know you’re not happy with your life as a boy. So you need to tell me if you’re living as a girl.” She said, “No, no, no.” But eventually, she told me. I think she was ready [to come out], but other people badmouthed her so much. She was worried about what other people were going to say until I told her, “Look, I don’t care what nobody else thinks about you. I’m not going to love you any less.” At that point, I found out about her boyfriend and everything. There was no more hiding from me. 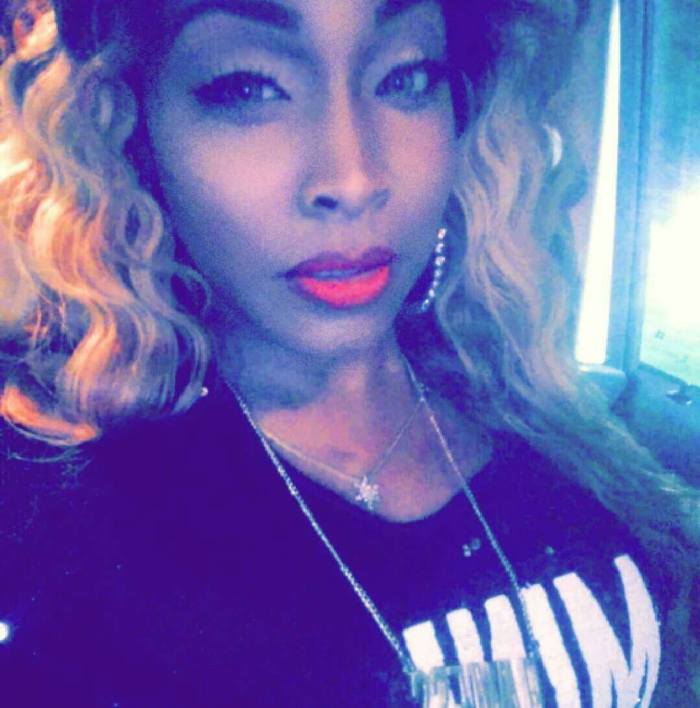 So why do you think you were you so accepting, especially when there are so many parents who aren’t?

I was raised thinking that you have to accept the person for who they are. And I wouldn’t want any of my kids or anyone around me to not feel comfortable in being who they want to be. I have another daughter who is bi. They all said [when they came out], “So you just don’t care?” It’s not that I don’t care, but it’s their life and I’m not going to love them any less. They’re human. They have to decide how to live their lives and live them to the best. You have to live what’s in your heart.

When Chyna was murdered, she was on a trip to New Orleans. What was the lead up to her being there?

Well, she really went to Houston to work at Club 2020. Since she was down there around Mardi Gras time, my brother who had been incarcerated for 27 years, wanted to see her because he hadn’t seen her since she transitioned. He kept saying the last picture he had with her was in 2004. He wanted to see her as Chyna.

She made a special trip to New Orleans to see him. When she got to New Orleans that Friday night, the 24th [of February], and she went to see him on the 25th at 11 AM. She visited him from 11 AM to 4 PM at Hunt Correctional Center, approximately an hour from New Orleans. Within two hours after she finished her visit, she was dead. 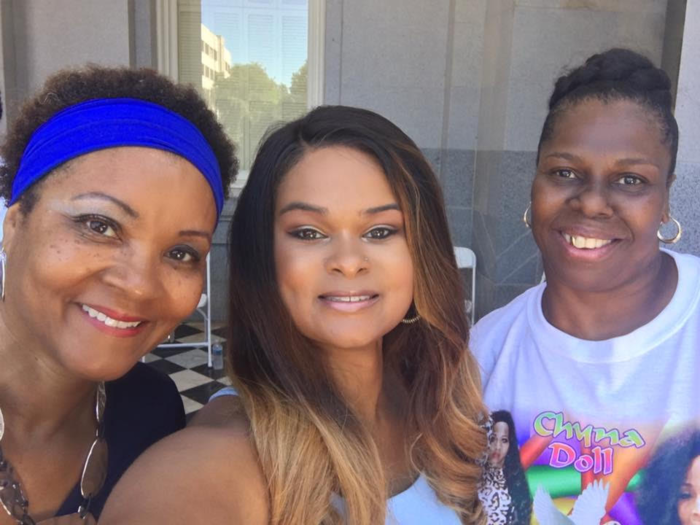 How did you first hear about her being murdered?

I received a phone call from Chyna’s grandmother. She said she received a call saying, “They killed Chyna.” And five minutes later, I was sent a link on Facebook from a young man named Dean Bell, who does Facebook Live to keep the community updated on what’s happening in the [local New Orleans LGBTQ] community. He was like, “Ms. Tammie, I know you’re in California, but this is your daughter Chyna.” He kept me informed of everything happening while they were out there with the body. When his battery would run out, he’d go back again.

The police called and asked me if she had any tattoos and I identified her body over the phone. They asked did I know of anybody who would have done it and I said, “No.” Then they said it was a hate crime because she was shot ten times from the back. About two days later, I had my ticket and I was in New Orleans.

I think I lost it within the first 30 minutes. I don’t think I was really myself. I really didn’t believe it was true while I was watching [Facebook Live]. Even when I got down there, it still didn’t feel like it was real. We still hadn’t seen the body, so it was like a dream. I did the service and everything, then I came home. It was still like she went out of town for a month and she’ll be back.

My mom had a heart attack behind it. She was in the hospital for about a week. Then she came home, then she was back up there for another week because she was dealing with this. I think that’s when it dawned on me that this child isn’t coming back to this house. I’m not going to have anyone coming to my room all hours of the night saying, “Momma this” and “Momma that.” That’s when it broke me down.

After trying to adjust to everything that happened, were you ever able to find support?

Her community was in New Orleans, Houston, Dallas, Atlanta, and Kansas. They reached out in every way they could reach out to support this family. Everybody in New Orleans knew that I was her cousin and she wasn’t my [biological] daughter, but you couldn’t tell her anything different. They all knew I was her Momma. She always talked about me, my mom and my other kids. A young man, who was her gay mom, reached out and he asked me if they could help with whatever I needed help with. And they did that because I approved of her.

Another young man who Chyna was good friends with in Dallas reached out to me after she was killed. He told me something tragic had happened in his life and she talked to him after she performed one night. He said she lifted his spirit up. That’s how he first met her. He wanted to pay for her casket, and he sent me pictures of 10-20 different ones to pick out. I picked the one I wanted, he purchased it in Dallas and paid a young man to drive it to New Orleans.

Most of the support we get, now, is from each other in the family. We’re consoling each other.

I have to know. Did you ever see her perform?

Oh yes! This had to be in 2004. Before I saw her perform, I saw her get dressed. That’s when she had the mattress foam I had bought and she made the hips. Then me, my mom, and Chyna’s grandmother went and saw the show where she performed. Of course, she was really nervous. I don’t remember what song she performed, but I know she had on a beautiful blue and pink dress.

After everything that has happened this year, how do you stay resilient?

I think just focusing on the fact that she was a positive person and she was determined to make something out of her life.

What do want people to remember most about Chyna?

That she was true to herself. She was just a loving person. She tried to build everyone’s self-esteem up. If she saw you and you looked down, she tried to lift your spirit up.

Is there any advice you would’ve given other young trans women that maybe Chyna would’ve wanted them to know?

Just go after your dreams and trust your truth. If you want to change your life or transition, don’t let anybody tell you not to do it. Do what your heart tells you to do and keep a positive attitude about it.