It’s easy to see Ricardo Gamboa’s web series Brujos as fantasy. The show, after all, follows a group of gay Latino doctoral students who tap into their witchcraft powers to fight back when the straight, white male elite starts a witch hunt. (“Brujo” is the Spanish masculine form of the word for witch.) But to Gamboa, the Chicago-based writer, co-director and star of the series, it’s almost too real.

“There are so many things that maybe we don’t understand, that we’re not attuned to, and so I think when I work in surrealism I consider it documentary, all the time,” Gamboa tells INTO at a cafe near their home in Chicago’s Pilsen neighborhood. “[Brujos] is not me writing a fantasy seriesit’s me clarifying what’s happening in the world.”

This is, after all, a year after Get Out came out, the race-based horror film that writer-director Jordan Peele famously called a documentary as well. When asked about similarities to the movie, Gamboa simply replies, “I mean, I said it about Brujos first, but …”

And they’re right. Gamboa released the first episodes of Brujosin January 2017, after months of development, with more episodes following later that year. Now the anticipated twelfth and final installment, which Gamboa and their team began fundraising for last December and filmed earlier this month after reaching over $20,000, comes out next month. Gamboa says viewers can expect “more weird shit” along with the intense violence, sexuality and scholarship prevalent in the previous 8-to-12-minute episodes. “All that is in there,” they say, “as well as an all-out brawl between the good ladies, gentlemen, gender-nonconforming and trans beautiesand then the bad guys, because they’re always guys. 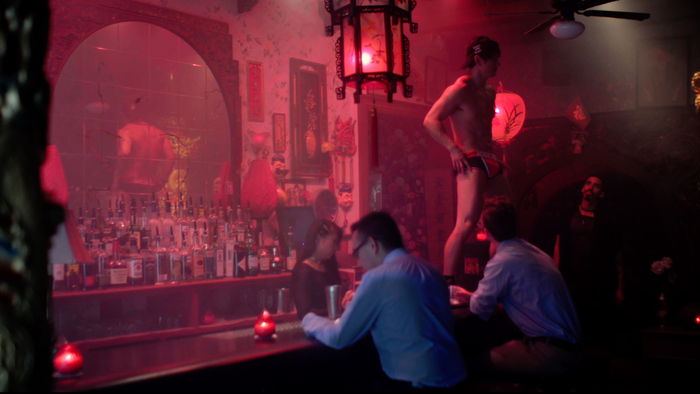 The show’s politics might seem like a little much, but Gamboa, also a playwright, knows how to tastefully execute it. For their American studies doctoral dissertation at New York University, they study the viability of radical arts activism, and they also have a master’s from the renowned Arts Politics program at NYU. But Gamboa’s understanding of art began to develop long before that. They remember viewing political cartoons with their father from a young age“never some Sesame [Street] bullshit”and they turned to art to as their queer identity developed.

“Just like the way I love to suck penis, [art] was part of who I am,” Gamboa says. “I say that both to play intentionally with inappropriate humor, but also drawing the parallels between queerness and art.”

“Being able to perform in my mom’s heels or dress up in her clothes was a way to exceed my circumstances and to be able to explore my queerness,” they add. “I really think a lot of that just had to do with these different forms of escapism and to exceed to confines of my body.”

These fantasies don’t only manifest in Brujos, either. Gamboa’s previous plays also incorporated what they call a “decolonial surrealist aesthetic.” Meet Juan(ito) Doe recently closed after an acclaimed revival on Chicago’s South Side through Free Street Theater. (A few days after Gamboa’s interview, Matrix creator Lilly Wachowski saw the show.) In the play, Gamboa combines stories from Chicago’s Mexican-American and Mexican immigrant communities to create relatable, but not necessarily traditional, theater for those communities. The same goes for their play The Real Life Adventures of Jimmy De Las Rosas, focused on a 13-year-old boy with telekinetic powers who bands together with other friends in his neighborhood to find his undocumented mother when she disappears. The show ran at seven different parks in Chicago through a Park District program during summer 2015, and Gamboa says they’re continuing to develop it as a film too.

Gamboa maintains that all their work is for their community. Coya Paz, the artistic director of Free Street Theater and a featured actor in Brujos, noticed this from when she first worked with Gamboa over a decade ago at Chicago’s Teatro Americano. “What I love about them is that they have a really passionate community politics,” Paz says. “They don’t pander. They’re really insistent on what does it mean to experiment with form and function and to play with aesthetic in a way that’s accessible.”

With that, too, comes another of Gamboa’s creative goals: to entertain their audience. And along with Brujos and their plays, that also comes through in their biweekly live news discussion podcast, The Hoodoisie. They record the show, along with a team and guests, in a different gentrifying Chicago neighborhood each month, and they say a professor is as likely to come to a show as “some hood-ass motherfucker that was walking past the show and heard a DJ playing.” 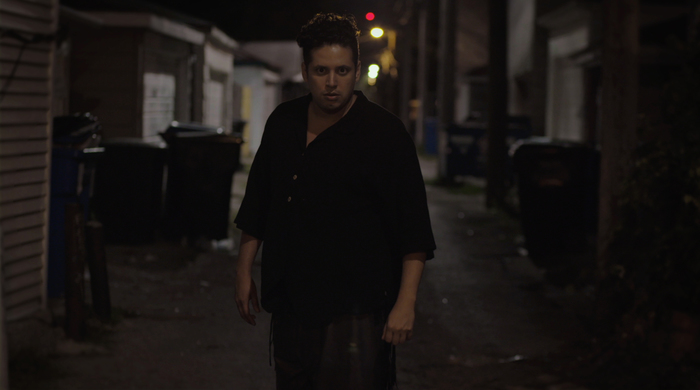 “Of course I’m not trying to make this like avant-garde esoteric-ass shit that isn’t relatable, or that is only relatable to a certain cultural class,” Gamboa says. “So much of the work that I do is within the realm of entertainment and accessible. That doesn’t preclude a rigorous political analysis or social analysis, or a sophisticated aesthetic.”

Gamboa keeps that in mind at all points of their creative process, not the least when it comes to Brujos. Jake Szczepaniak, who plays Brian, a white doctoral student dragged into witchcraft by his brujo roommates, noticed this in rehearsals and shoots for the series. He says he looks for “room for irreverence” in his acting gigs, which Gamboa fostered by pushing him to improvise during scenesbut not at the expense of the show’s implications.

“They’re like the class clown,” Szczepaniak says. “They want to cultivate a sense of fun, [and] they’re dropping why this is very important on all the levels of society.”

And working on the show has impacted Szczepaniak on a personal level, too, from realizing he can go to the women’s section at clothing stores to being able to talk about queer issues in a public forum. Throughout all of Brujos, Gamboa has wanted to authentically portray the issues they know their community faceswhich means the show cuts no corners, from showing men having sex to having one of its characters of color kill a police officer.

“I can’t think of a show right now that is as multiracial as ours, that looks at queer sexuality as unabashedly as ours, that handles all of our issues as much as ours,” Gamboa says. “Not like in a Glee way, where you can just tell that this is the episode where they’re talking about this. I’m not interested in representation, I’m interested in revolution.”

As the series nears a close, though, Gamboa finds themselves reconsidering the revolution in their work. They’d previously gotten offers to fund Brujos, but didn’t want to have to follow the regulations of the mainstream culture industry. 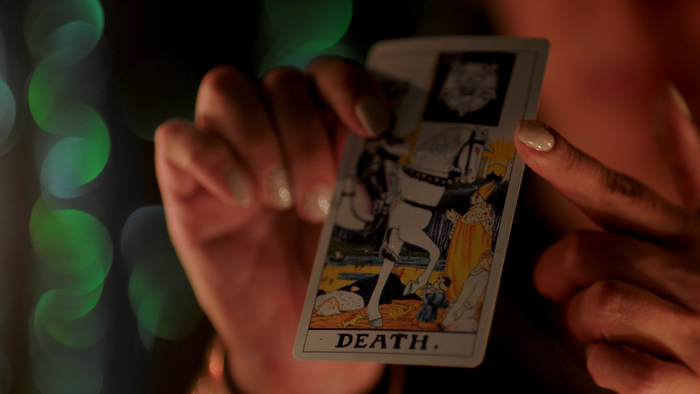 That could change for Brujos in the future, they say, as they contemplate remaking the series into longer episodes with studio support. A few weeks ago, at a Chicago Cultural Center screening, they saw the first 11 episodes consecutively for the first time and realized that they could have extended each into a half-hour or hourlong segment for TV. “Now I’m wondering if it’s a smarter strategic move to do that and then get resources to do more radical work,” Gamboa says. “But we’ll seewhat’s so exciting about it [is] I’m trying to be present with the work before I make decisions about it.”

They have time to make that decision, though, with the finale episode not out yet. But that won’t stop them from continuing to show the world that queer people, transgender and nonbinary people, women, and people of color are magical. In episode 11, Gamboa’s character, Panfilo, makes a speech to the other witches that they’ve gathered to fight the straight white male elite. While the series may happen in fantasy, their words are real: “We are a threat, because if we weren’t, they wouldn’t be trying so hard to eradicate us.”