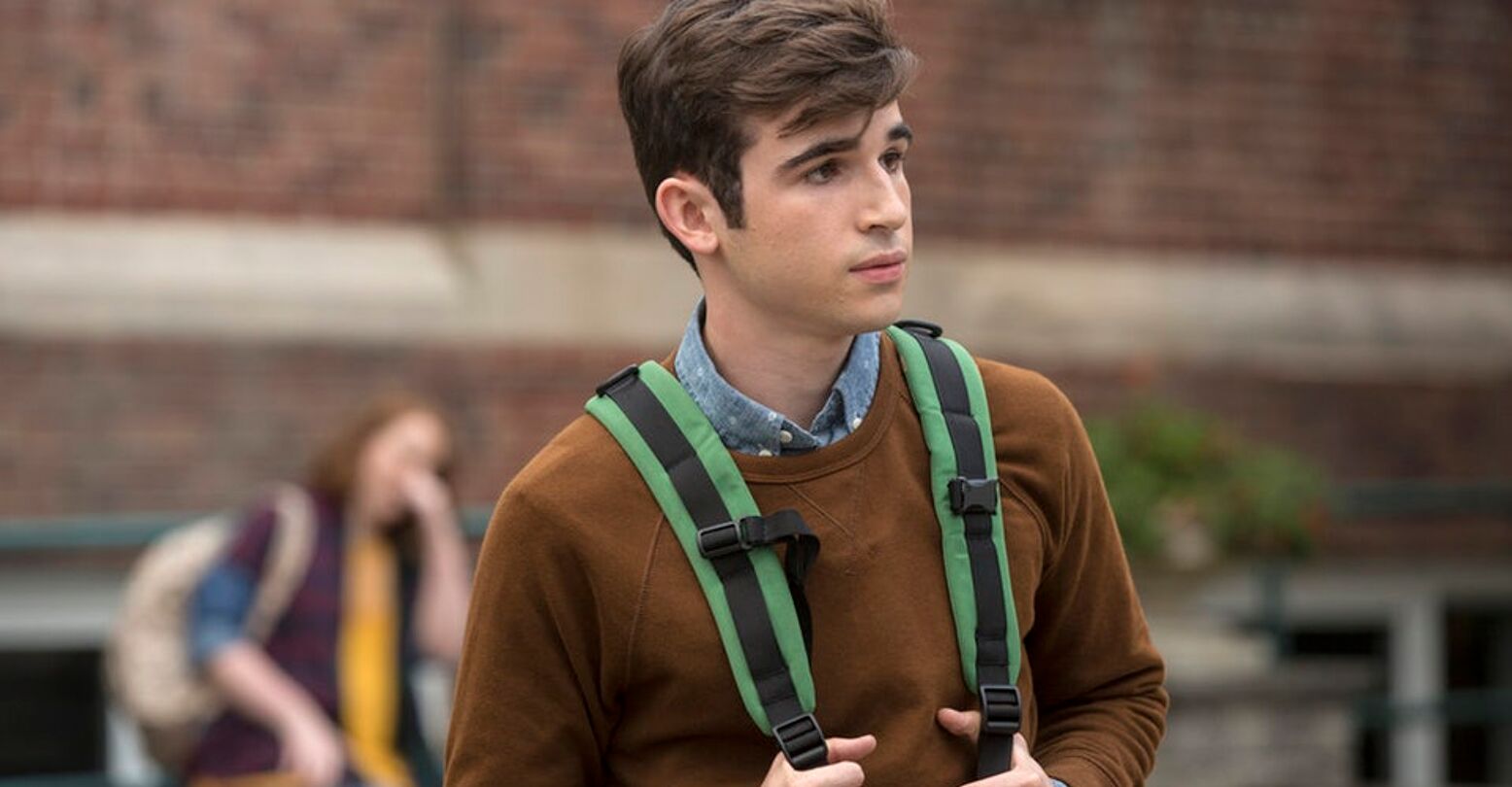 A bit of behind-the-curtain detail for you all: Members of the press typically get several episodes of a new show before it premieres. This gives us a chance to get a feeling for the show beyond just a pilot before we write any reviews or features. One episode gives us an inkling; multiple gives us a real impression.

In Rise’s case, NBC provided five episodes back in December, ahead of the winter Television Critics Association press tour. (This is where showrunner Jason Katims got into hot water over comments alluding to straightwashing Josh Radnor’s lead character.) This amounts to half the season, and took me through last week’s episode. But we didn’t get the back five until late February. Think about watching your favorite Netflix show, except instead of dropping all at once, five episodes come out almost three months before the last five.

I tell you all this to explain just how long I had been waiting for Simon Saunders (Ted Sutherland) to get his first kiss with a boy, his co-star Jeremy (Sean Grandillo), and how damn satisfying it was when it finally happened even if it was kind of boring in reality. 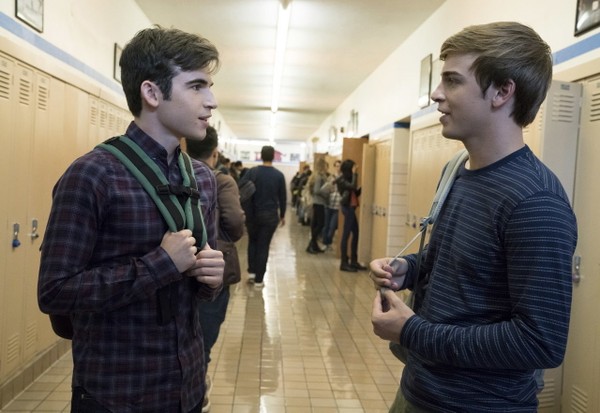 Simon and Jeremy are not an epic love story. They are not Rise’s main focus, nor are they even the LGBTQ-themed story getting the most attention. (That would be Michael’s story.) When you compare them to their Glee corollaries, Kurt and Blaine, they pale in comparison on both a development and significance level. The world’s in a much more accepting place since “Teenage Dream,” and stories that go beyond conventionally attractive, cis, white, gay boys are rightfully taking up more space in LGBTQ narratives. Put simply: There’s nothing revolutionary about Simon and Jeremy.

But here’s the thing: I see a lot of myself in Simon. I, too, am a cis, white, gay man. I did theatre in high school. I was raised in a religious, conservative environment though my parents were much less so than Simon’s. Point is, I’m susceptible to stories like this (see also: Love, Simon) because in many ways I still mourn the missed experience of not having had a real, deep, melodramatic, fairy-tale high school romance.

A couple of weeks ago, I was home for Easter, and mentioned in passing to a friend that I wish I had gone to Westlake High, a public school in Austin, instead of my smaller, Catholic school. I didn’t particularly like my high school, but my point was that I wish I had been at a place where I realistically could have had such a high school romance. (There weren’t really any other options at my school.) Though I said it off the cuff, it’s occupied a lot of my headspace. Who would I be had I made that change and asked to go to Westlake? Would I have had such a dumb, high school romance, getting some of my jitters out and making me a better dater in college? Would I have been more prepared emotionally for my first real relationship post-college? Would my first kiss have been with someone more meaningful, like Simon’s is with Jeremy?

So yes, I cried at the kiss. Even though it’s under weird circumstances in this episode Jeremy trying to get Simon to own who he is, Simon driving away right after it still got me. What I would give for an awkward high school kiss! Never in my life have I felt more basic than I did crying over Rise, but cry I did.

What I’m struggling with is that, for all my emotion, I still don’t think Simon and Jeremy make for a very interesting storyline. As a critic, I get more invested in stories that still aren’t told enough, like Michael’s on Rise. I was far more invested in all the Blues, potential and otherwise, in Love, Simon, and thought Ethan was actually the film’s best character. Yet with both Simons Saunders and Spier, as much as I don’t find them particularly unique or novel, I still feel like them.

Relatability and compelling storytelling are not the same thing. They can go hand-in-hand, of course; many people love Lady Bird, and a large part of that seems to be how director Greta Gerwig crafted a deeply relatable and understandable world. But sometimes, relatability is the shell we have to break through to hit something more, well, real.

When I was rewatching this episode for review, after all my emotions about the kiss had left me, I realized how much of a non-event the kiss was. But I also came to terms with the fact that it being boring doesn’t make my emotions upon first watch any less valid. We’re all just walking through life trying to feel less alone to connect with someone, or something. Sometimes, it’s a revolutionary queer artist presenting new ideas about gender. Sometimes, it’s a couple of teen characters kissing on an NBC musical drama. It’s OK to be moved by both.

At least, that’s what I’m trying to convince myself of.