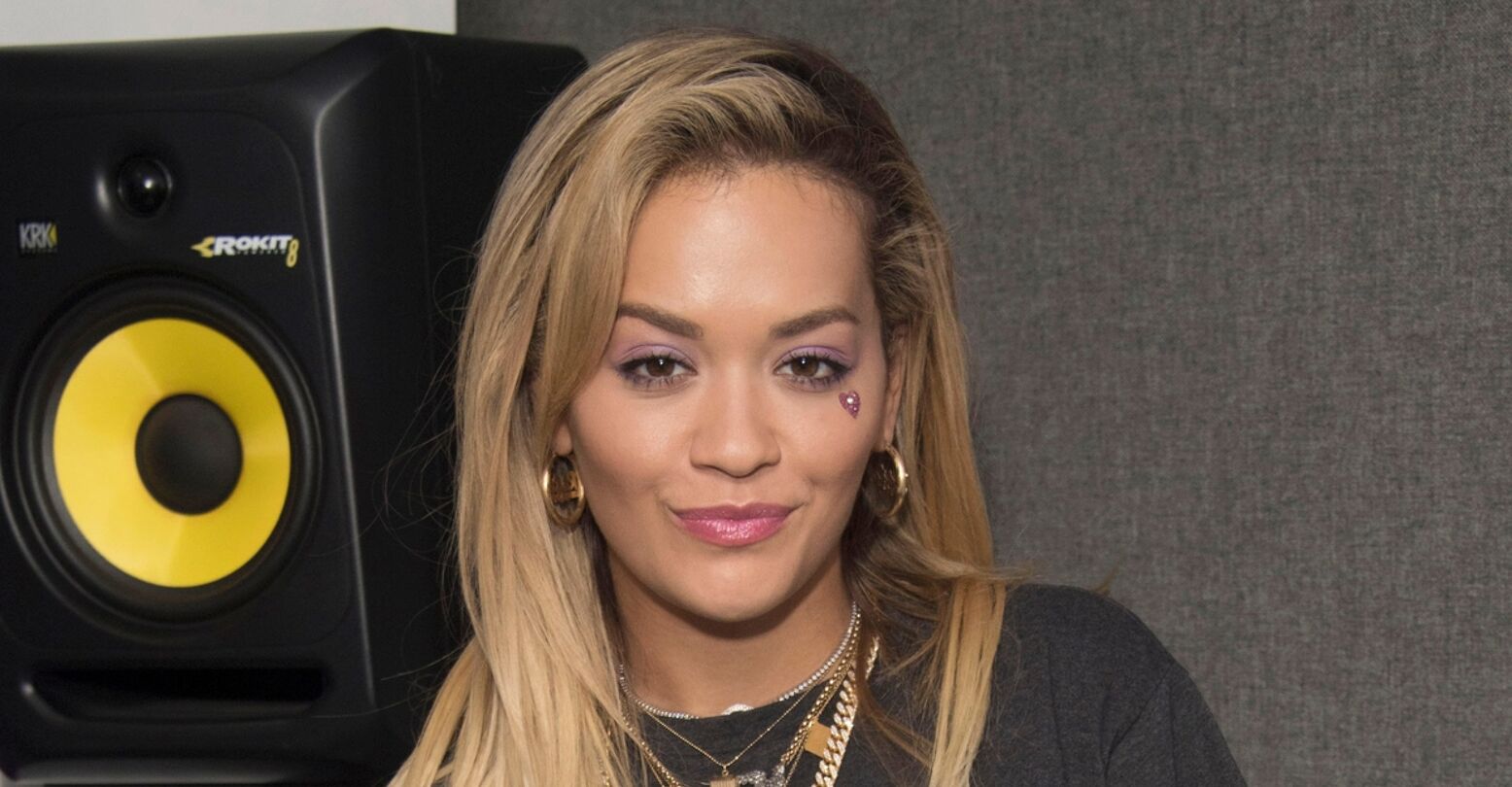 Rita Ora just dropped arguably the biggest pop music collaboration since Jessie J, Ariana Grande and Nicki Minaj’s “Bang Bang,” and in many ways, it’s galvanizing. Featuring Charli XCX, Bebe Rexha, and Cardi B, the song “Girls” comes as a response to Charli’s boy-crazy 2017 hit “Boys.” The hands-in-the-air pop song celebrates girl-on-girl attraction in a way that many bi-curious ghosts of pop music’s past were too pussyif you willto do. But regardless, the bop is drawing mixed reactionseven from other queer female artists.

I feel lucky to be able to bear witness to an era of pop music that can barely keep up with its own gayness. Within the last two months, openly bisexual pop stars Kehlani and Demi Lovato fooled around on stage during one of their concerts, singer-songwriter Anne-Marie came out as bisexual, “Lesbian Jesus” Hayley Kiyoko released her uber-queer debut album, and Janelle Monae came out as pansexual with a Sapphic visual album. Before we even finish one bout of think pieces, another queer moment in pop music strikes, and we’re bright-eyed bushy-tailed all over again. But while this latest release is very openly queer, some are taking issue with its messaging, even Lesbian Jesus herself.

“There is a new song that came out today featuring a handful of well-known pop artists that has me overwhelmed with thoughts,” Hayley Kiyoko tweeted, elaborating, “I literally have a knot in my stomach right now. To be clear, I fully support other artists who freely express themselves and applaud male and female artists who are opening up more and more about their sexual identities. But every so often, there comes certain songs with messaging that is just downright tone-deaf, which does more harm than good for the LGBTQ+ community. A song like this just fuels the male gaze while marginalizing the idea of women loving women.”

It’s a tough argument to broach, because two of the four artists on the track aretechnicallyopenly queerRita and Cardi have both insinuated that they’ve had flings with women in the past. Ora once hinted at a sexually “ambiguous” relationship with model Cara Delevingne, and Cardi said on a radio show that she dabbled with women. But the openly queer DJ Kittens also took issue with the song, tweeting, “Don’t capitalize on other people’s identities. It IS that deep,” as well as, “We are mad. We are tired. We’ve fucking had it with this shit. Xoxo LGBT Women.” A fan responded to one of Kittens’ tweets, insisting the song sounds like it was “written by a straight male.”

I can see where Kiyoko and Kittens take issue with the authenticity of the song: Is this really a bisexual anthem? Or is this exploitative, a grabby title that panders to the male perception of female queerness? It’s hard to say. There is something irksome about the song, something that rings the alarms in my head in the same way that a “straight” girl who flirts with queer women would. But also, bicuriosity and sexual exploration is totally valid.

But in many ways, I found the song to be more progressive than many of its predecessors. Some bi-curious songs have stuck to the narrative that girl-on-girl attraction is something to keep hidden away, like Demi Lovato’s “Cool For The Summer.” Others, like Katy Perry’s “I Kissed A Girl,” sensationalizes queerness, or implies that liking girls is some outrageous or brazen act. What I love about Ora’s song is the idea that liking women isn’t bold or wild or brave, it just is; loving girls is commonplace, fun, and something to be celebrated, not stashed away or justified. And that’s exactly what this song isfrom the explicitly queer lyrics, down to the triumphant production“Girls” is a fun-loving celebration of women loving women.

Plus, I’m not sure it’s bi-curious at allin fact, some of the lyrics are pretty straightforward admissions of bisexuality. In the first verse, Ora sings, “I ain’t one-sided, I’m open minded, I’m fifty-fifty and I’m never gonna hide it.” To me, that sounds like a clear statement from the British pop star, rather than a male-gazey “let’s test the waters.”

Then the song goes deeperthe lyrics don’t point to experimentation, but rather offer plain and simple expressions of lady-loving action. The bridge gives a wink-wink-nudge-nudge to oral sex: “She getting down with me, yeah.” And Rexha’s verse brags, “You know I tamed it, and then I named it, I put the lion in the cage and then I laid with her all night.” It’s sexy and seductive and flirty, detailing a girl-on-girl sexual encounter, but also speaks to the sweetness of lying in bed together all night, which I found pretty true to form as a woman who loves womenor just a person who has sex.

What I love the most about this song is actually how commercial it is. This song, along with Janelle Monae’s “Pynk,” Lauren Jauregui and Halsey’s “Strangers,” and Kiyoko’s entire discography, are all songs I wish I had in my youthsongs that normalize as well as depressurize girl-on-girl attraction. Rita Ora’s new release is a classic, clean-cut radio hit that centers queerness. It’s the kind of scream-from-the-rooftops, sing-with-your-friends-in-the-car, jump-on-the-couches-at-a-sleepover celebration I needed to hear in my early adolescence. Just good, clean, flirty fun, with snarky quips from Cardi B like, “I steal your bitch, have her down with the scissor.”

The song certainly differs from its ancestors’ bicurious or bisexual anthems. Recently, Katy Perry celebrated the 10-year anniversary of “I Kissed A Girl.” Back in February, the pop star said she would’ve done things differently if she could rewrite it today, wanting to combat “stereotypes.” She told Glamour, “We’ve come a long way. Bisexuality wasn’t as talked about back then, or any type of fluidity. If I had to write that song again, I probably would make an edit on it.” She added, “Lyrically, it has a couple of stereotypes on it. Your mind changes so much in 10 years, and you grow so much. What’s true for you can evolve.”

It’s true: As a people, we’ve come a long way since “I Kissed A Girl.” Is “Girls” the most drop-dead, change people’s minds, progressive number in the world? Absolutely not. But this song doesn’t read as problematic to me. Maybe that’s just a product of my youth, in which I was so starved for queerness that I’m actually willing to latch on to any little show of girl-on-girl action that I can get my grubby, gay hands on. Maybe I just like “kissing girls” too much. Maybe I’m just pussy-blind. Either way, I’ll take it.