When Gothic ice queen Cheryl Blossom (Madelaine Petsch) and badass Southside Serpent Toni Topaz (Vanessa Morgan) finally shared a kiss on Riverdale, the jubilant flailing of fangirls could be heard all around the internet. That episode was written by Britta Lundin, the show’s story editor who is also a queer woman and the author of Ship It, a forthcoming young adult novel set in the world of gay fandom.

INTO caught up with Lundin at 2018’s ClexaCon to find out all the details of went into making #Choni cannon, and what it’s like to be a fan in the writers’ room. 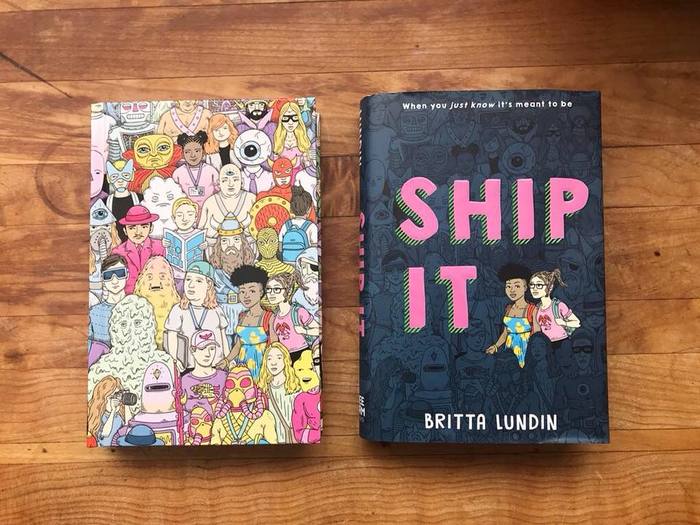 Ship It is coming out May 1. What can we expect from a book all about fandom?

So originally the novel was a screenplay also called Ship It, which was very personal to me. It was about a girl who writes a lot of gay fanfiction, who goes to Comic-Con in order to try and convince the showrunner of her favorite show to make her gay ship happen on the show itselfto make it cannon.

How was the process of getting a book like this published?

This was something I had written that a lot of agentswho are all dudes and slightly olderwere like, “You’re a great writer but I have no idea what you’re talking about!” They didn’t get it. They didn’t get why a teenage girl would want two grown men to kiss. That was beyond them. If you can’t understand that then you can’t really understand the book. I then found my agent, who was the rare dude that got it, or at least understood that other people would get it, and saw the potential of it. He put me in touch with the Riverdale people, and I got hired on the show on the basis of that one script. Then a month later I met with Freeform Books, who had read the screenplay for Ship It at some point and reached out to me because they saw the YA novel potential within the script.

Let’s talk about Riverdalehow did the storyline between Cheryl/Toni storyline come about?

The writers’ room is pretty gay. There’s a handful of us who are gay on the show and there was always this vibe that we wanted more queer characters on the show, and it was a case of figuring out who it was gonna be and finding the right time to introduce that. I forget who originally pitched Cheryl, but it made sense, because she’s one-of-a-kind. We have this saying in the writers’ room where like, if a scene isn’t working, just add Cheryl to it because she brings this element of fun and chaos that makes every scene more interesting to watch.

Alongside that we were asking what we could do with Cheryl this season; what kind of storyline do we want? Where can she end up? She’s had a lot of tragedy in her lifeshe’s got horrible parents, her father was a murderer and her brother got murdered there are times when it’s like, Archie is joining the mob and Betty is dealing with her weird brother and Cheryl is off in a Gothic horror movie on her own at Thornhill and you’re just like, “Girl, are you even part of this universe? The things that are happening to you!” She’s amazing.

I was just talking to someone on the [ClexaCon] floor who had just seen Season 1 and I was trying to convince them to watch Season 2, and I was like “Oh there’s a queer romance this year, Cheryl gets a girlfriend…” and she was like, “Oh, tell me more.” And I said “Her name’s Toni, she’s a Southside Serpent,” and the woman was like, “Interestingshe starts dating a Southside Serpent I wouldn’t suspect that.” And I was like “Yeah, I guess if you had only seen Season 1, it would be weird to imagine Cheryl doing that.” But we build to it in a good way, and I feel like there is so much chemistry between Cheryl and Toni, so you sort of understand why a girl who is so buttoned-up and so high femme might be attracted to someone with a little bit of dirt under their fingernails like Toni, who has the leather jacket aesthetic and knows how to build things and fix a motorcycle. Cheryl has been through so much tragedy that it’s nice to give her a romance, give her something happy in her life, especially through that moment when Toni rescues Cheryl.

Let’s talk about that scene. I was quite surprised by how moved I was. It struck a chord, and I think it did with a lot of people, too. It was really beautiful.

I’m so glad. That was my episode. I was on set while we were shooting all of that, and I was glued to the monitors because I really wanted to make sure that that kiss, when they kiss for the first time felt real and authentic. I wanted people’s hearts to be exploding with happiness. I have seen two women kiss on TV before and been like, “I don’t believe that. That was two straight actresses kissing.” I didn’t want it to feel like that. I wanted all the queer women watching to be like, “Oh my god, this is the romance of my dreams!” So it was a very stressful and intense experience but I’m really glad that I was able to be there.

Both Madelaine and Vanessa are amazingthey did that kiss over and over again from every angle. We had to do multiple takesand those two actresses are best friendsso I don’t know what that’s like! But they’re such pros and are so game for this storyline. I love them both very much and I’m glad that we’re doing it with them. 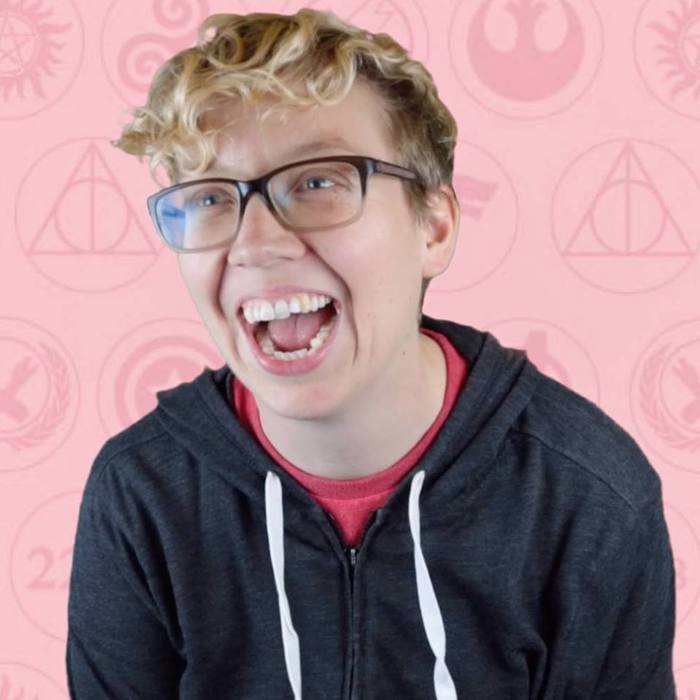 Yeah, and when you’re watching it you’re watching it in real time, and in the episode [the kiss] plays back in slow motion, so you don’t really know what it feels like because even though I’m watching it on the little screen, it’s small and there’s stuff happening and there’s a lot of people around. The first time I got goosebumps was when they pulled me into the editing bay and showed me the scene for the first timewith slo-mo, with the music, where it drops out right before they kissand that’s when I could feel the tears springing from my eyes and the goosebumps hit and I thought, oh my god, I think people are actually going to like this.

That must have been really powerful as a fan yourself. To be able to write something, be there while it’s filmed, and know exactly how it’s going to feel for other people. That’s why it is so important to have people writing these show’s that know how important this kind of representation is.

It’s amazing to be part of writing something that you as a fan would have loved to see, and would eat up, you know? I was on the edge of my seat watching Twitter while the episode aired, and the response was overwhelmingly great. I’m on the West Coast so I wasn’t able to watch the East Coast feed, but I was sitting on Twitter like, it should be happening any minute now! The response was amazing.

What can we expect from the last five episodes of Season 2? Will there be more gay?

Well, Cheryl and Toni are fully together, and I think we’ve seen Cheryl hit her lowest point and now we see Cheryl on the rise. She’s got nothing to lose now. She’s just gonna do exactly what she wants from this point on which is amazing. The next episode is the musicalwhich I think might be the best episode Riverdale has ever done. It’s a full-on musical episode, and it’s great because it’s very gay. Not only because it’s campy, but because Kevin’s directing so he’s a big part of it, Cheryl is Carrie so she has a big part in huge part of it, Alice is also in the musical playing Carrie’s mother because of course she is! It’s amazing.

What’s the biggest difference between writing for TV and writing a book?

Here’s what’s great about writing for TV: You go to work every day and you sit in a room with ten other writers, so it’s very collaborative and social. Any time you’re stuck or spinning your wheels there’s ten other people around that table who are waiting to jump in, so you never get stuck on a problem for too long. You also get free lunch, which is great! The flipside is that you have to collaborate a lot.

This is my second year writing for TV, so I’m low on the ladder in terms of power. It’s all up to our showrunner; whatever he wants to do, we do. Whereas writing the book, it’s completely mine. It’s mostly me sitting in front of a blank screen trying to come up with ideas that make me the happiestI get notes from my editor but it’s a conversation between the two of us. You have a lot more creative control.

Another problem with writing a book is that it takes years and years to come out. We were talking about the Riverdale episode where Cheryl and Toni kiss. We wrote that episode in January, shot it in February, and it aired in March. It’s so fast! My mom is watching stuff on television that I wrote two months ago, while the book has taken years and years to write. There’s also no free lunch!

Ship It is released nationwide on May 1 through Freeform Books, and Riverdale returns this Wednesday on the CW.