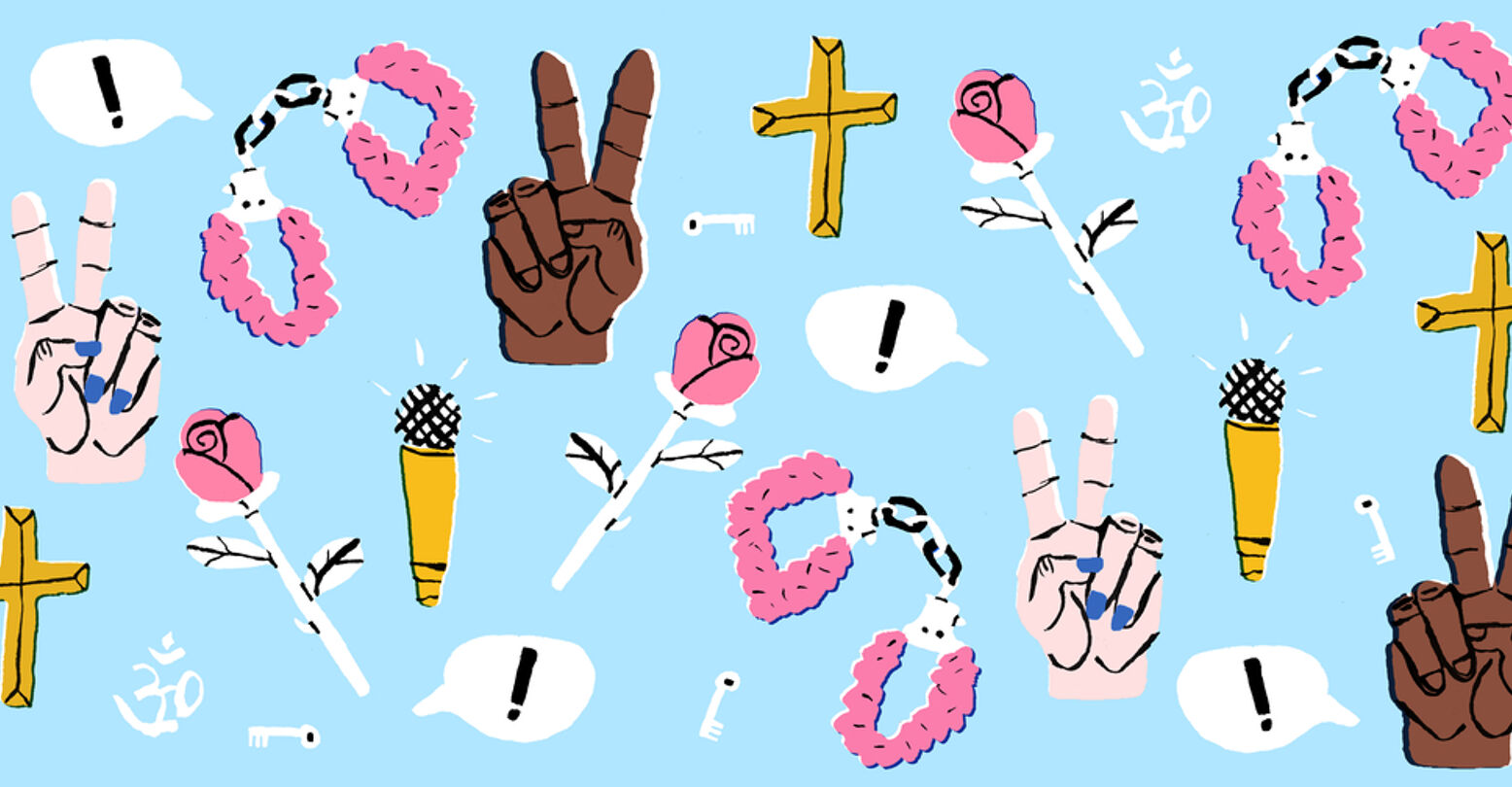 There is no such thing as a perfect victim, but is there space to question whether or not someone is up for the role as spokesperson for a cause and a movement? Rose McGowan seemingly thinks so because recently she slammed her former Charmed co-star and fellow celebrity activist Alyssa Milano. In an interview with Nightline, McGowan was asked of Milano’s involvement with the Time’s Up movement and promptly questioned her sincerity.

“I don’t like her, McGowan explained to Nightline’s Juju Chang. When asked why, she noted, “‘Cause I think she’s a lie.” McGowan went on to add, “Do you think I don’t think these people? Do the math.” McGowan was referring to Milano’s husband, CAA agent David Bugliari. “Who’s behind Time’s Up? CAA. Where do they meet? CAA? Who needs good PR? CAA. Who are part of the pimp problem? CAA.”

While I’m not privy to all that’s behind McGowan’s calculus, Milano has seemed genuine in her efforts to magnify other women (notably when alerted to those who have been doing the work before she lent her platform). Regardless, in lieu of recent events along with her own troubling commentary past and present it may be time for Rose McGowan to look within rather than continuing to lash out at others.

Rose McGowan has meltdown on stage at Barnes & Nobles book signing after trans heckler yells that she hasn’t done anything for trans women who are victims of sexual assault. pic.twitter.com/fTRafCUNcL

Though I won’t categorize Rose McGowan’s recent appearance at a Barnes and Noble in New York as a “meltdown,” I do take issue in the way in which she spoke to a trans woman present for her book signing.

Rose McGowan had more to say. This was moments after the Trans woman was kicked out the Barnes & Noble. pic.twitter.com/DiIJWwOvyw

It’s interesting that McGowan can question Milano about her work yet she took such great offense when activist Andi Dier rightfully questioned her over some troubling remarks she made on RuPaul’s “What’s the Tee?” podcast in July 2017.

“They assume because they felt like a woman on the inside,” McGowan said of trans women to RuPaul. “That’s not developing as a woman. That’s not growing as a woman, that’s not living in this world as a woman and a lot of the stuff I hear trans complaining about, yeah, welcome to the world.”

Those comments and the manner in which McGowan responded during her book signing, are why some have labeled her a TERF, shorthand for “Trans-Exclusionary Radical Feminist.” It’s one thing to argue that the experiences cis women and trans women may differ in select instances, but it’s another to say so in a tone that’s utterly dismissive of the trans women altogether. It’s not okay to basically play a game of oppression olympics and have a needless back and forth over who has it worse. Who is that helping?
Spoiler: nobody, baby (bonus if you heard that in Keith Sweat or Athena Cages’ voice).

Misogyny and patriarchy are very clear about who their enemies are — and it makes far more sense for those on the opposing side to forge a united front. Unfortunately, the language McGowan used both on the podcast and in this book signing back and forth suggests she doesn’t truly see it that way.
In fact, when she asked “What have you done for women?” I couldn’t help but think of another recent frustrating display of self-indulgence and self-righteousness from McGowan in which she posed a similar inquiry.

Last October, Ellen DeGeneres tweeted, “Right now in Mississippi, gay people can be refused service, and trans people can be refused treatment. Mississippi, you deserve better.” Unprovoked, McGowan then replied to the tweet and said, “Right now in America,birth control is being taken away is almost illegal. Speak for women as well plz. Huge platform.”

Some felt she may have “unintentionally” offered a statement that discredits “lesbian and transgender experience as being as valid as that of heterosexual, cisgender women,” but I’m not convinced that McGowan didn’t know exactly what she was saying. She’s already made transphobic comments on record, and in years past, has made troubling comments about gay men as well.

In 2014, McGowan claimed: “Gay men are as misogynistic as straight men, if not more so. I have an indictment of the gay community right now, I’m actually really upset with them.”

She also said: “You wanna talk about the fact that I have heard nobody in the gay community, no gay males, standing up for women on any level?”

Though gay men collectively do have their own problems with misogyny, as far as the notion that no gay, queer, or bisexual man has stood up for women, I suggest the actress get out more. She would also be well advised to stop generalizing people. Oh yeah, another pro-tip: keeping in line with Rose McGowan and her distracting, unhelpful, frustrating statements, someone should tell her to never, ever make comments like “REPLACE THE WORD ‘WOMEN’ w/ the ‘N’ word. How does it feel?”

Meanwhile, this is the same person who in 2011, told The Advocate this about working with registered sex offender Victor Salva on the film Rosewood Lane: “Yeah, I still don’t really understand the whole story or history there, and I’d rather not, because it’s not really my business. But he’s an incredibly sweet and gentle man, lovely to his crew, and a very hard worker.”

Perhaps, but I imagine not all would initially respond with “it’s not really my business” when asked about it.

Whether she intends to present herself as such, Rose McGowan often comes across as a cartoon villain version of a cliché white feminist. I don’t completely fault her, though. No, as some have pointed out on social media, in our society’s constant needs for heros, all too often do we wrongly canonize people.

None of what’s mentioned here discredits McGowan’s story, the pain and trauma it’s spurred, and the advocacy she’s done in the wake of it all. However, when you diminish other people’s experiences and lash out at others who rightly criticize you all while wagging your finger at everyone else for not being perfect in their activism, perhaps it’s time to locate the nearest seat, exhale (shoop shoop), and reflect on exactly what kind of messages you seek to convey to the rest of the world. That is, if you’re truly about making it better all.

How would Rose McGowan feel if we were as hard on her as she’s been on others? We arguably have a lot more to work with than she does. McGowan has cancelled future book appearances, but apparently wants an apology from Barnes and Noble for a controversy that is of her own creation. I understand that she’s hurting and I hope she finds healing.

Nonetheless, there comes a point when it’s time to see her and her singular ideas as to who has a right to speak and for what cause as for what it is: unhelpful.