RoxXxan is sprawled comfortably on a hotel couch looking perfectly at home. She’s got a beer in one hand and is sporting a rather stylish tracksuit underneath a custom jacket courtesy of her fashion designer girlfriend.

Even though it’s her first time in Seoul, she’s already recruited an enthusiastic group who are ready for a late-night outing to the city’s concentrated strip of gay bars dubbed “Homo Hill.”

She’s here to co-headline a launch event for Tiger Roar, a new platform from Tiger Beer looking to position itself as an amplifier and incubator of creative talents. 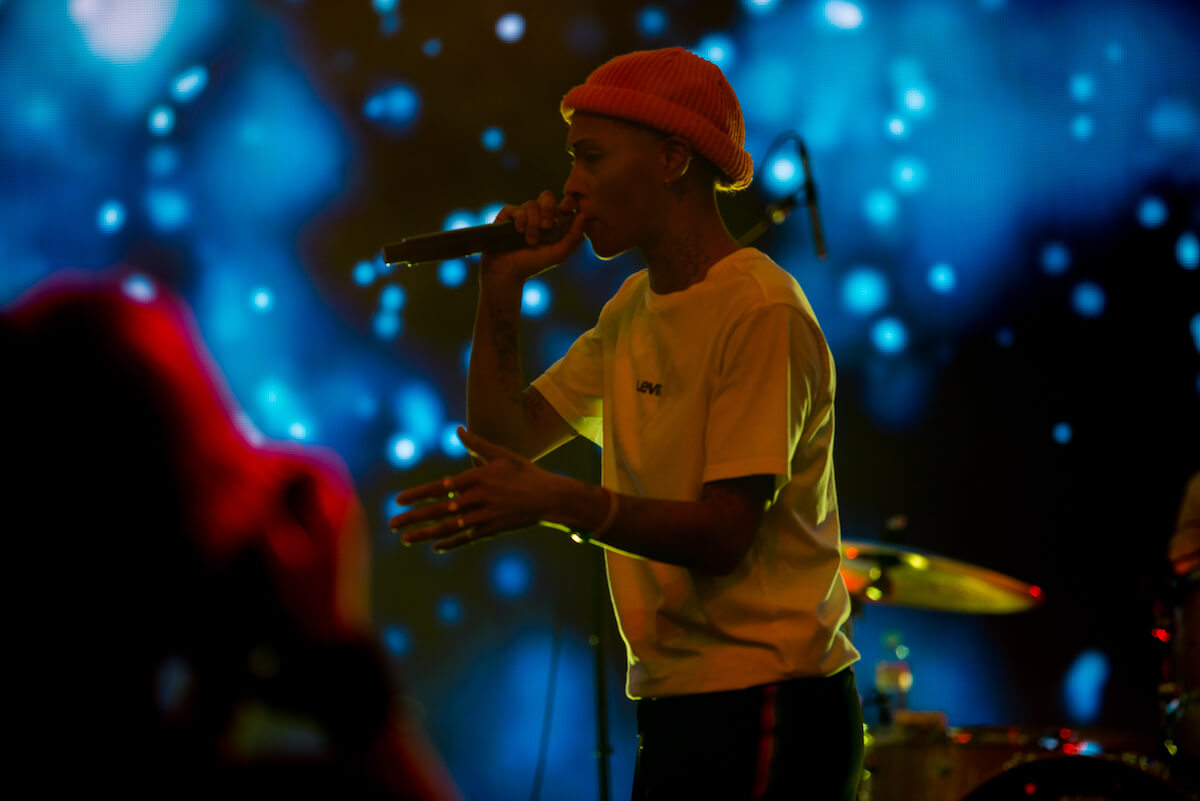 For the 28-year-old, born Roxanne Conway, it presented a rare opportunity to share her story in an honest, uncensored manner. “It’s weird because sometimes you get into these situations with brands and they’re quick to tell you what you can and can’t say but that never happened,” she tells INTO. “They never tried to tone me down or limit my ideas, and that felt really good.”

For an openly lesbian grime artist, limitations are unwelcome if not unfamiliar adversaries, particularly in a genre whose male-directed purview often contributes to the invisibility, erasure, and disenfranchisement of queer people. Historically, the same machismo that has been a hallmark of Stateside hip-hop holds an equal sway in the UK, bringing with it a similar culture of strictly-defined behaviors associated with the masculine and feminine. For women who don’t fall within those boundaries, it can mean a literal battle to merely claim well-deserved space.

“There aren’t really a lot of openly gay rappers in London which is mad because there’s a massive community, especially for women, but there’s just no platform for us. That’s why for me it’s really about breaking down those barriers and getting through all of those labels that people see before they see you,” RoxXxan says, recalling her own childhood with a deeply religious Irish-Catholic mother and Jamaican father in Birmingham, England.

“Growing up my parents were quite strict so I learned how to be other people,” she continues. “I learned how to dim certain parts of myself to not show the full extent of who I was. I wish I had even seen someone that was like me. I think if I would have seen me sooner, I would have found me a lot sooner. That’s what I want to be to someone somewhere, one day. If I had just had one example it wouldn’t have taken me this long to figure out who I am and what I stand for.” 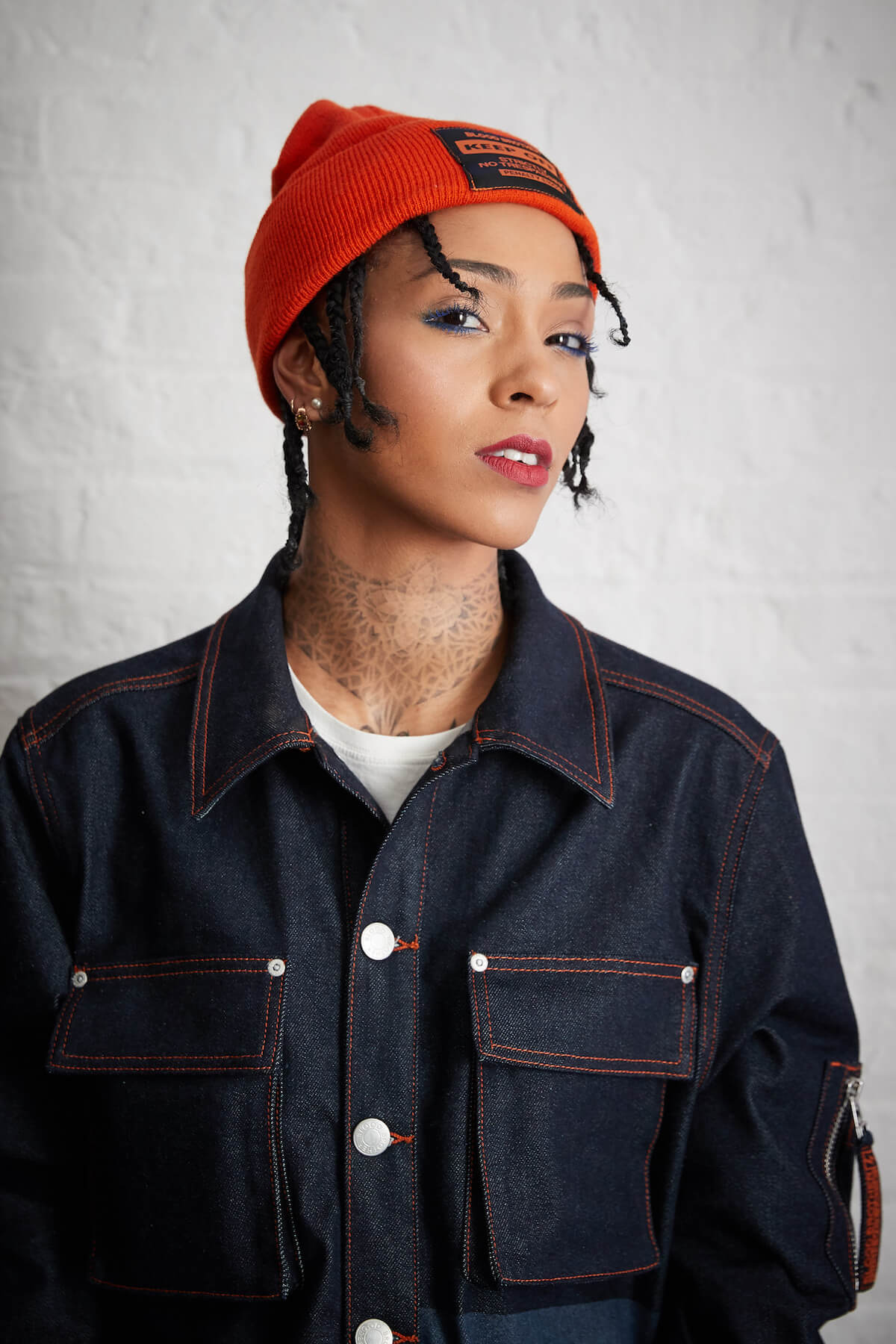 Ultimately, it was moving to London in 2009 for an urban development internship with Punch Records that set RoxXxan on course for the kind of self-discovery that now defines her message. Although she started rapping at 14, opportunities for exposure were few and far between in Birmingham. Yet a 19-year-old RoxXxan found herself signed to a label within nine months of arriving in London. The draw of a deal wasn’t all that she’d hoped; it soon became clear that her label’s vision was utterly at odds with the identity she was slowly discovering.

“At the end of the day, I don’t think I fall into any category and I don’t like being categorized,” she says cooly of the inevitable split and her return to being an independent artist. “On the one hand it was difficult navigating those spaces,” she reflects, “but it was also quite easy because even after I was out I would always get these stupid, ignorant comments from men that I was somehow acceptable because ‘I was pretty’ or because ‘I wear makeup.’ I had to get used to men saying stuff like, ‘If you wanted you could go back to men.’ Unfortunately, a lot of them think it’s a phase, so now I just look at dealing with them as a game I’m playing to open the door for more women like me.”

At one point, a younger, more uncertain version of the self-assured RoxXxan of today perhaps did wish her attraction to women was a mere phase — she came out at 21, more by force than by choice. “I came out through an interview,” she explains. “My girlfriend at the time [who was also a musician] said it and then they printed it. I hid away when I found out. I answered one phone call and it was from my cousin, who wasn’t happy. It wasn’t all bad, though. If it hadn’t come out the way it did, I don’t think I would have been honest about it until I was literally caught with a girl or something.” 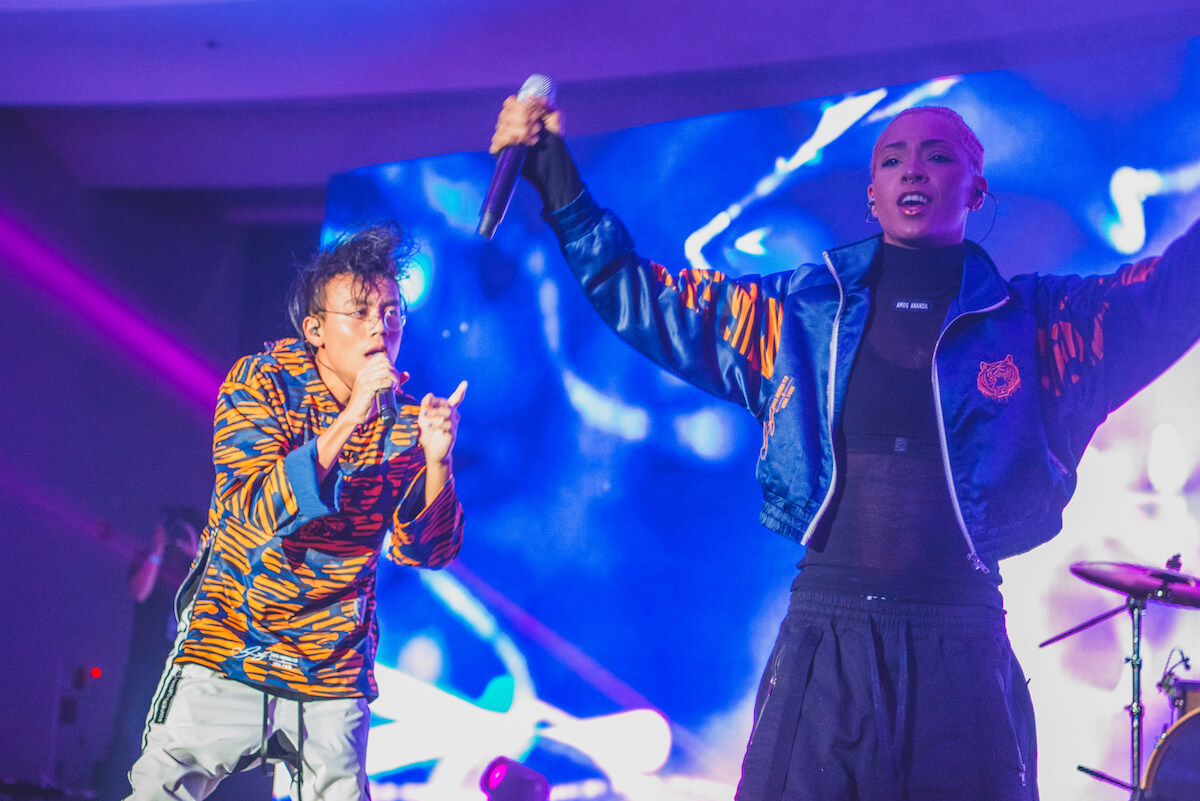 The fallout from coming out and splitting from her label took an emotional toll on RoxXxan. Despite upward traction via the release of her single “Too Fucking Facety” and the continuing buzz around her featured verse on an all-female rendition of “Rock the Mic” (released in 2012) with Lady Leshurr, Cleo., Amplify Dot, Baby Blue, and The Lioness, RoxXxan decided to take a public hiatus. “I became a recluse. I think that’s when I really turned to music and kind of started building a family through my fan base,” she says of her reemergence in 2016 with “Back to Live” and then “Crud” in November 2017. The new music, while still imbued with the lilting, aggressive delivery that is as familiar as the triple X’s in her name, revealed a more discerning and introspective side to RoxXxan, one that represented some sort of equilibrium amidst tumult.

“It’s funny because even now people will see me and say things like, ‘You’re like Young MA,’ and the reality is I’m not at all. We’re just both gay and it goes without saying, not every gay woman is the same,” RoxXxan says. “I consider myself quite masculine, but I love makeup. I’d never wear heels or a skirt or anything like that but I love to put on makeup. I consider myself a tomboy more than anything and that’s something I want to promote and represent. I sometimes feel with women like me, who aren’t traditionally feminine, society tells us we’re not beautiful or sexy or desirable, and we are. So I’m here to break those barriers by having an open career as who I am.”