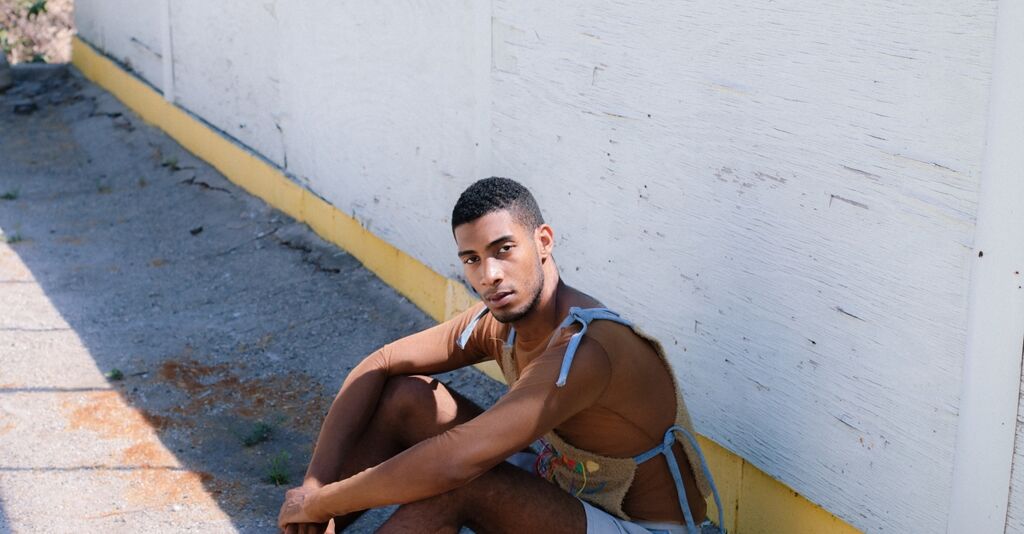 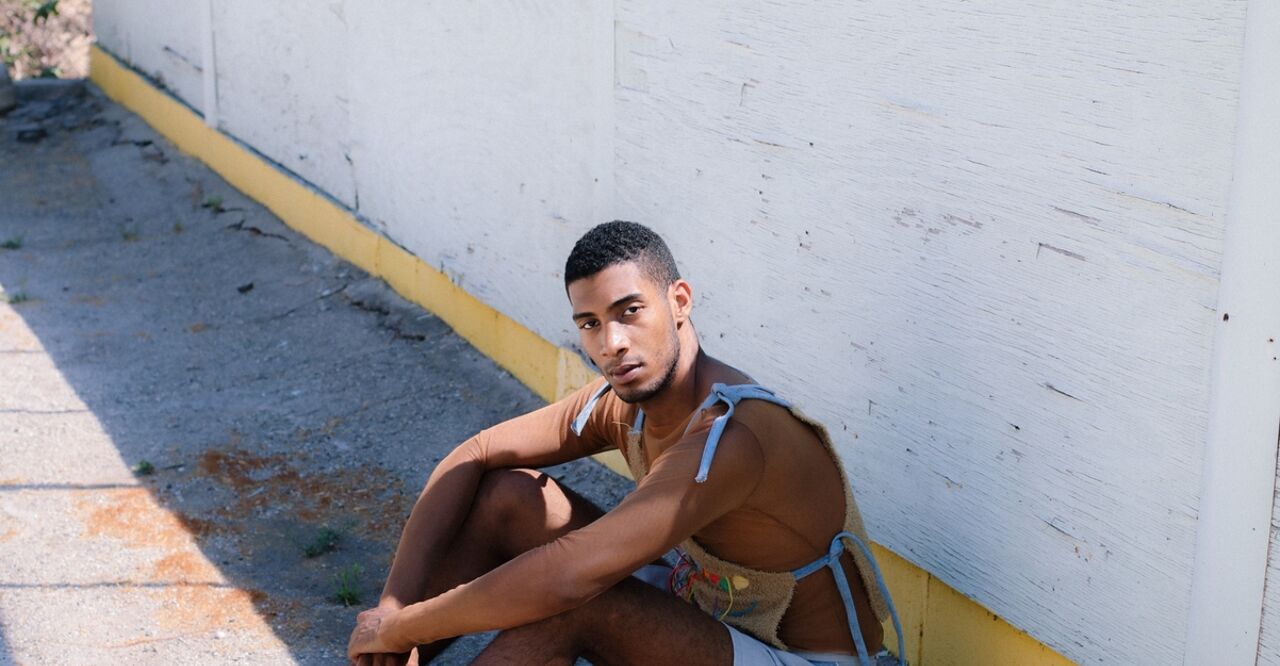 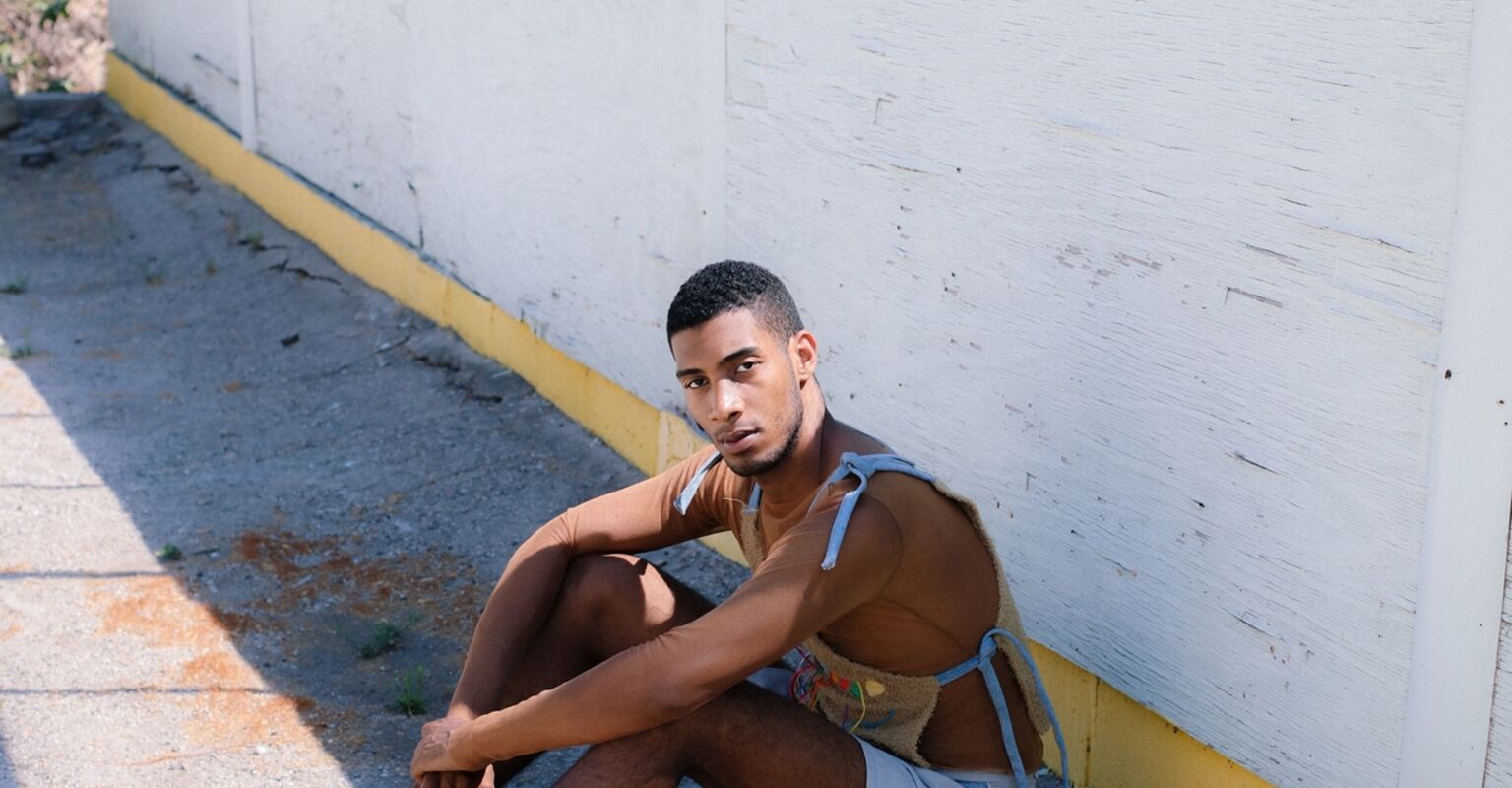 Lord help me, but at a certain point in the undeniably lush, clubby dembow shop class that is Rubby’s video for “No Más,” I started cackling along with the singer. It was something about this quick juxtaposition of shots in the clip. Here is Dominican New Yorker Rubby in full safety gear, powering down onwhat am I, is that a soldering tool? Sparks fly everywhere in manly glory.

A millisecond later, the singer flits about, shorts skillfully obscured by a sassy industrial apron. Then he’s shirtless and blowing bubbles, whispering Spanish language vocals all the while seducing a coy lover and most definitely you, his new fan. How dare someone be this campy! 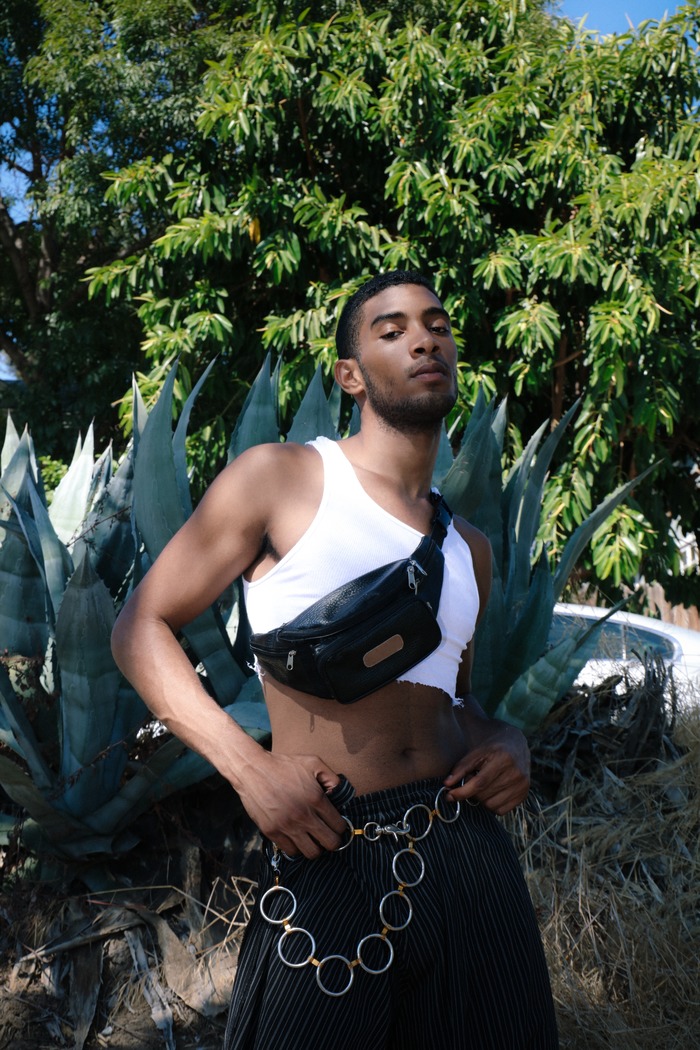 “That was almost giving me Village People,” I say, carefully, the next day on our phone interview. He seems relaxedhe’s visiting LA with his best friends from college for their final spring break before graduation. But you never know how an artist is going to take being compared to the David Hodo and Mark Mussler in construction drag, much less the most gimmicky gay group in history’s long, strange journey from radio kings to county fair staples.

Luckily, Rubby Valentin Paulino has a sense of humor.

“Oh my God!” he laughs. “My advisor in high school would totally be dying at this conversation.”

Our conversation turns to how Rubby has never shied from classic queer signifiers. Not when he was a James Baldwin and Larry Kramer-reading, boarding school attending, music theater enthusiast adolescent from Washington Heights, and certainly not now that he is a rising R chanteuse toying with dembow rhythms on the brink of graduating from Middlebury College in Vermont.

The friction between these identitiesnot to mention the interesting challenges presented by life in lily white rural New Englandare one of the sticking points of the art Rubby has been putting out over the last year. It’s most clearly manifested in his implementation of dembow, a genre that he grew up around in Manhattan, but with which he could never connect.

“As I got older, I saw that the spaces where I could listen to [dembow] were always hyper masculine,” he tells INTO. “I don’t knowjust like, they weren’t fun places, there weren’t gay people there. I wanted to be on the inside with my people.” 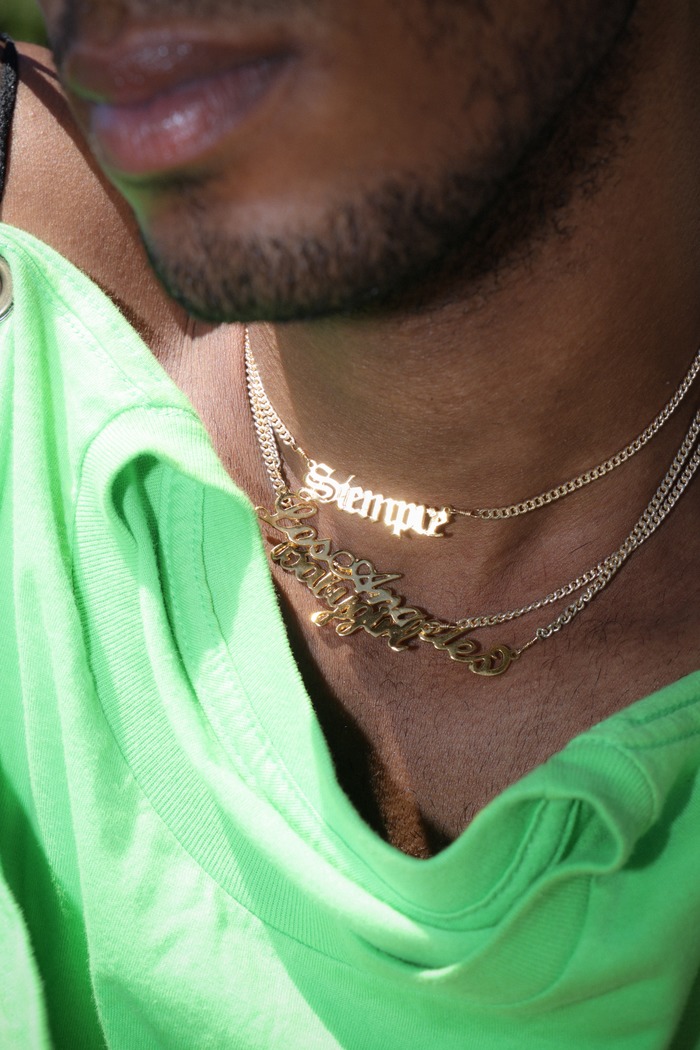 In a way, this is what has compelled him to work with producer Young Man, a close friend, on setting his vocals Caribbean beat mutations favored by a generation of genre-diffusing artists, including Rubby’s favorites, Peruvian producer Ynfynyt Scroll and Spanish singer Bad Gyal. Rubby harbors hope that other Latinx queers who never found an entry point into urban genres can find room to thrive in this music.

“It really creates conversation around what kind of spaces are available to people and what music ishow music translates into bigger things, like community,” he says.

Rubby is aware that leaps forward must also be navigated intelligently. “I think sometimes the representationI don’t know if it’s too corny,” he reflects, thinking back to those woodshop flourishes. “But I think that tension between what is and what isn’t, or just like, total opposites, is dramatic.”

That drama is on full display in the video clip for “Confiesa.” Rubby exerts a high level of control over his work at this stage in the game, and here he appears in the credits as stylist, director, and co-producer. He also plays multiple roles in front of the camera. Rubby sings coquettishly in a butch white tank and vaquero hat and is no less flirtatious in shots where he appears in a ruffled típico dress in the three colors of the Dominican flag. Who says you can’t do it all?

The dress itself has a highly personal history. It was bought by Rubby’s own parents on a trip last year to the DRat his urging, of course.

“My mom was like, ‘Guys don’t wear a dress. You should wear the pants.’ I was like, ‘I don’t want to talk about this. Just get the dress.’”

Mom later got the chance to see the fruits of her labor at the “Confiesa” video premiere at NYC’s Soho House.

“She likes the video,” says Rubby. “I think she was like, a little bit shook when she saw me with eye shadow. That’s OK.” 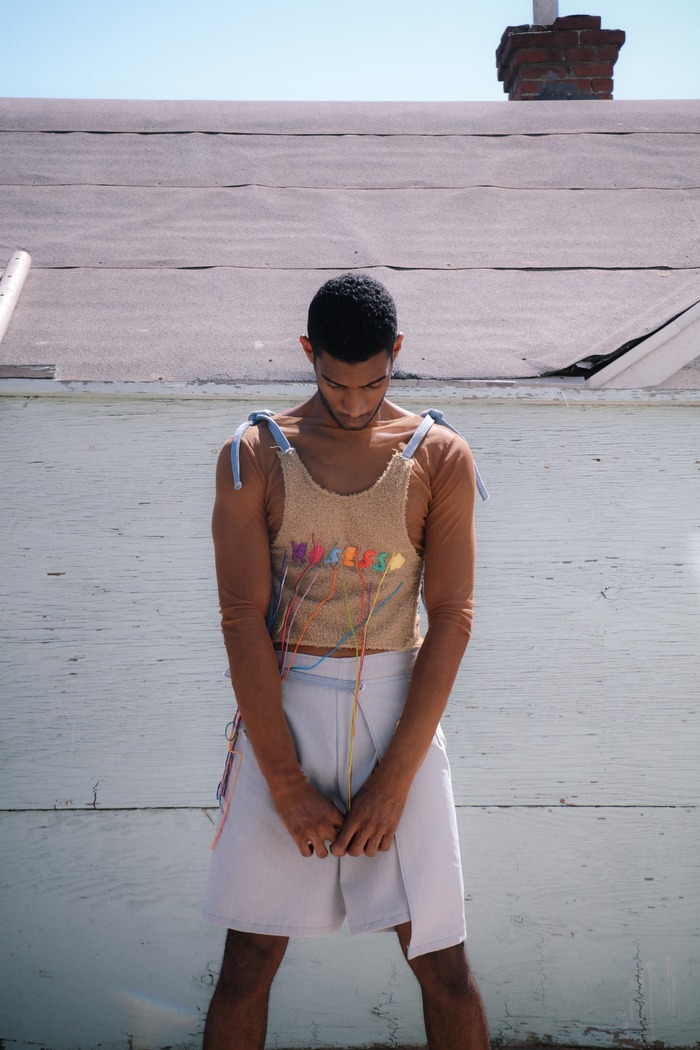 It makes sense that his parents were involved in wardrobe scouting because the dichotomic characters in “Confiesa” were inspired by Rubby’s youth spent watching telenovelas at home with his family, held rapt by the gorgeous histronics of such shows as Pasión de Galivanes and Rubí. (The latter of these has a lady-like title font which not so coincidentally bears a close resemblance to the his own opening credit on “Confiesa.”) In playing both gallant and damsel, Rubby expands possibilities for queers in the epic Latino art form of serial TV drama.

“Confiesa” and “No Más” are far from the first times that Rubby has utilized music to present a challenge to the tropes of his youth. Portentously, his dad is a merengue percussionist. When not gigging or practicing, Pops was given to blasting bachata in the family’s living room. Rubby now identifies as a “big fan” of traditional Dominican sounds and has made peace with his namesake, legendary merengue singer Rubby Pérez, despite being teased as a child. But at the time, this constant audio barrage felt like an imposition. In high teenage fashion, he’d retreat to his bedroom, caress his beloved CD player, and ratchet up the volume on one of his female R heroinesDangerously in Love or Ashanti’s beloved Chapter II (both among the first three CDs Rubby ever bought in addition, he says, to Celia Cruz’s Greatest Hits.) Call it an early stab at creating a fusion sound.

Having refined his tactics in the years that followed, Rubby now finds inspiration in Mykki Blanco and fellow Dominican Jay Boogie. He loves their tenacity, power, their graceful creation of stories that are at once personal and political.

“I really enjoy how they project their experience of themselves,” he says in what seems to be a decent approximation of his own manifesto. Rubby’s decades past playful stereo wars with dad, but still experimenting with the contrast and overlap between what he was born into, and all that he is.