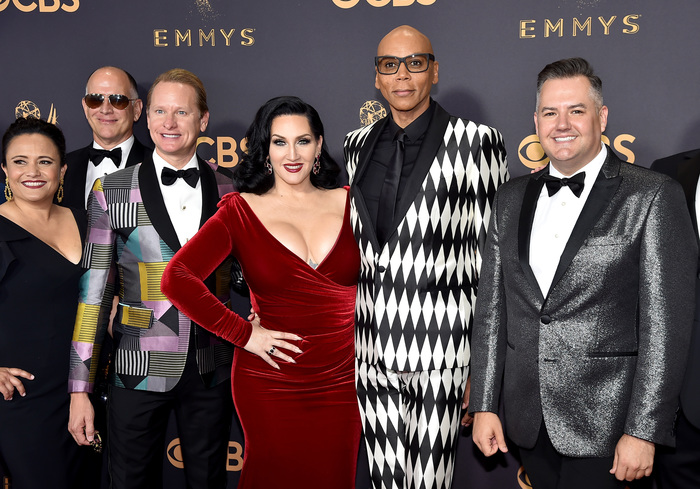 RuPaul is having a hell of a year. RuPaul’s Drag Race received its highest ratings ever with its move to VH1. And he’s up for his second year of nominations at tonight’s Emmy Awards.

But he also became the first drag queen to portray the golden lady herself, the Emmy Award.

In a special sketch with host Stephen Colbert, Ru dons a golden sculpted dress and wigs and puts down the globe to take a seat for the first time in 69 years and spill the tea. They gossip about Oscar, Tony and those bitches at Ernst and Young. Ru also teased that he might go home with Colbert tonight Ru, the Emmy, that is.

And a word of advice from Ru, the Emmy to potential winners: “When you get up on that stage don’t say you’re surprised how heavy I am, that’s just plain rude.”