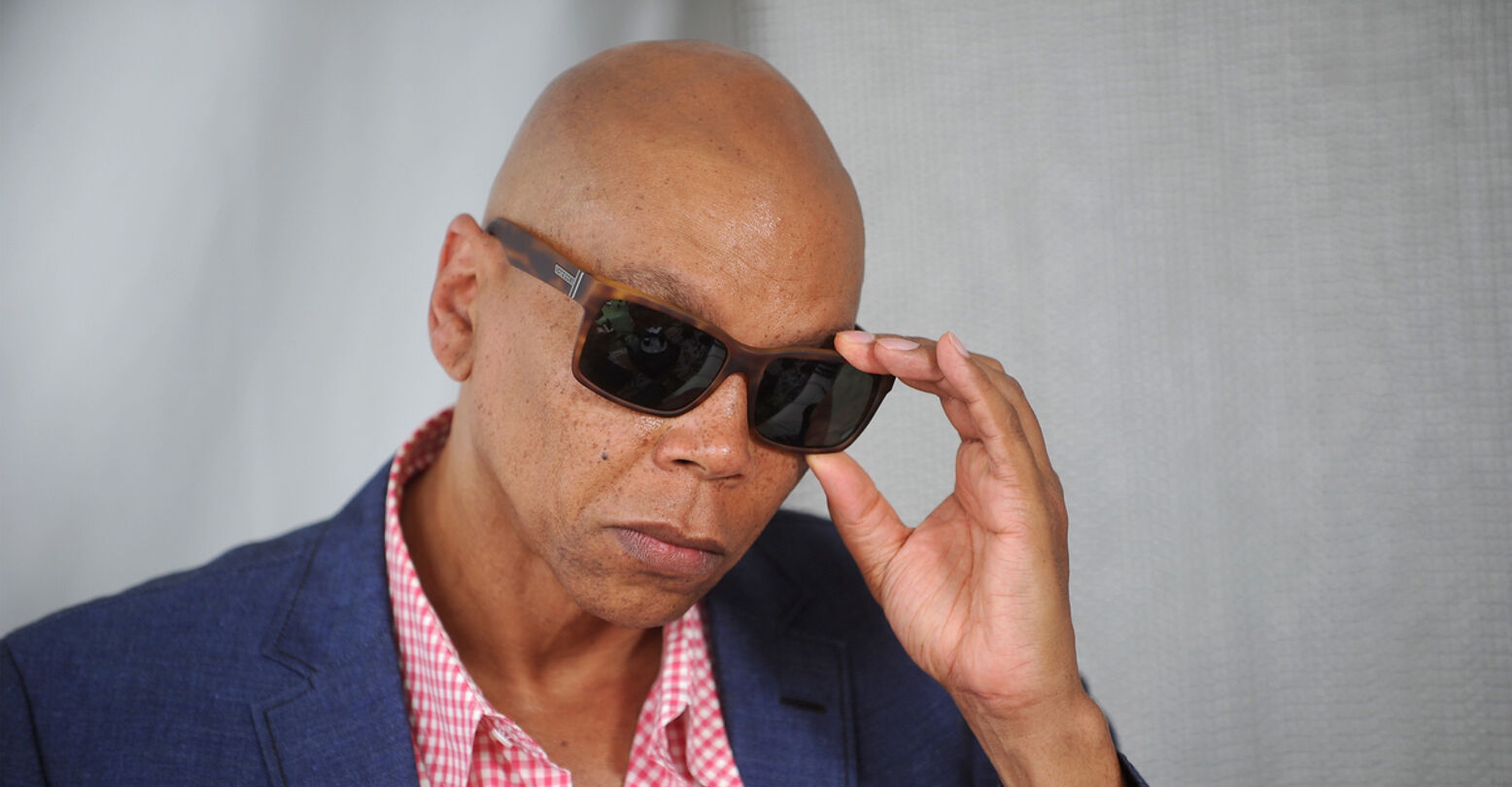 On Monday morning, RuPaul tweeted a cryptic phrase accompanied by a picture of bubblegum-pink lips. The tweet said, “You can take performance enhancing drugs and still be an athlete, just not in the Olympics.”

You can take performance enhancing drugs and still be an athlete, just not in the Olympics. pic.twitter.com/HkJjzXzUGm

RuPaul has mostly kept mum after her comments to The Guardian on Saturday, despite their stirringonline controversy. While discussing whether transgender contestants should be allowed on the show, RuPaul told The Guardian that trans contestants who are physically transitioning would “probably not” be allowed to compete on Drag Race.

“You can identify as a woman and say you’re transitioning, but it changes once you start changing your body,” RuPaul said. “It takes on a different thing; it changes the whole concept of what we’re doing. We’ve had some girls who’ve had some injections in the face and maybe a little bit in the butt here and there, but they haven’t transitioned.”

RuPaul also drew a distinction between Season 9’s Peppermint and other trans queens because Peppermint had not yet had breast implants when she applied to be on the show. He said Peppermint, “was identifying as a woman, but she hadn’t really transitioned.”

Several people responded to RuPaul’s tweetand they were not pleased.
“Please don’t forget the contributions trans people have made to drag culture,” one Twitter user wrote. “You think you’re a trailblazer because you dress up like a woman every now and then? Try living that life all day every day.”

You’re rly out here revealing yourself! Please don’t forget the contributions trans people have made to drag culture. You think you’re a trailblazer because you dress up like a woman every now and then? Try living that life all day every day. pic.twitter.com/bn97S8UYbb

Oh, dear. I hope this is another campaign for a new cosmetic product you’re promoting. Just see that this is gonna be taken as you doubling down on your exclusion of trans-drag on @RuPaulsDragRace.

You regularly joke with contestants on the show who have had plastic surgery that helps enhance their drag look about being made of plastic/silicone. Also contestants have done boy drag on your show and won challenges, is that not valid either? DELETE THIS

“You have zero right to gatekeep drag,” one Twitter user wrote.

you have zero right to gatekeep drag, drag is an art form, it can be interpreted and executed in many different ways, drag was always about freedom, liberty and self confidence, disallowing particular people that luxury in your eyes is limiting and wrong, but go ahead block me

In the wake of RuPaul’s comments, trans members of the Drag Race family have spoken out about the comments.

Season 5’s Monica Beverly Hillz told INTO in response that, “I’ve always been a woman, so what I’ve done to my body or that I hadn’t started hormones while on the show doesn’t take away my identity.”

She added, “Our bodies do not equate our identity.”

Under an Instagram post by Hillz, Season 6 contestant Gia Gunn wrote, “Makes me so sad that our own leader doesn’t even see us as valid competitors in a world that’s supposed to be ‘all inclusive.’ I’ve felt this was the case for many years but now it’s presenting itself in the flesh and showing its true colors. Only #girlslikeus can do something about it!”

RuPaul’s tweets were not only about performance-enhancing drugs. Earlier this morning, he also tweeted cryptic statements about “ego.”

The ego needs problems, conflict & enemies to strengthen the sense of separateness on which it depends. pic.twitter.com/iSjFsSyNH9