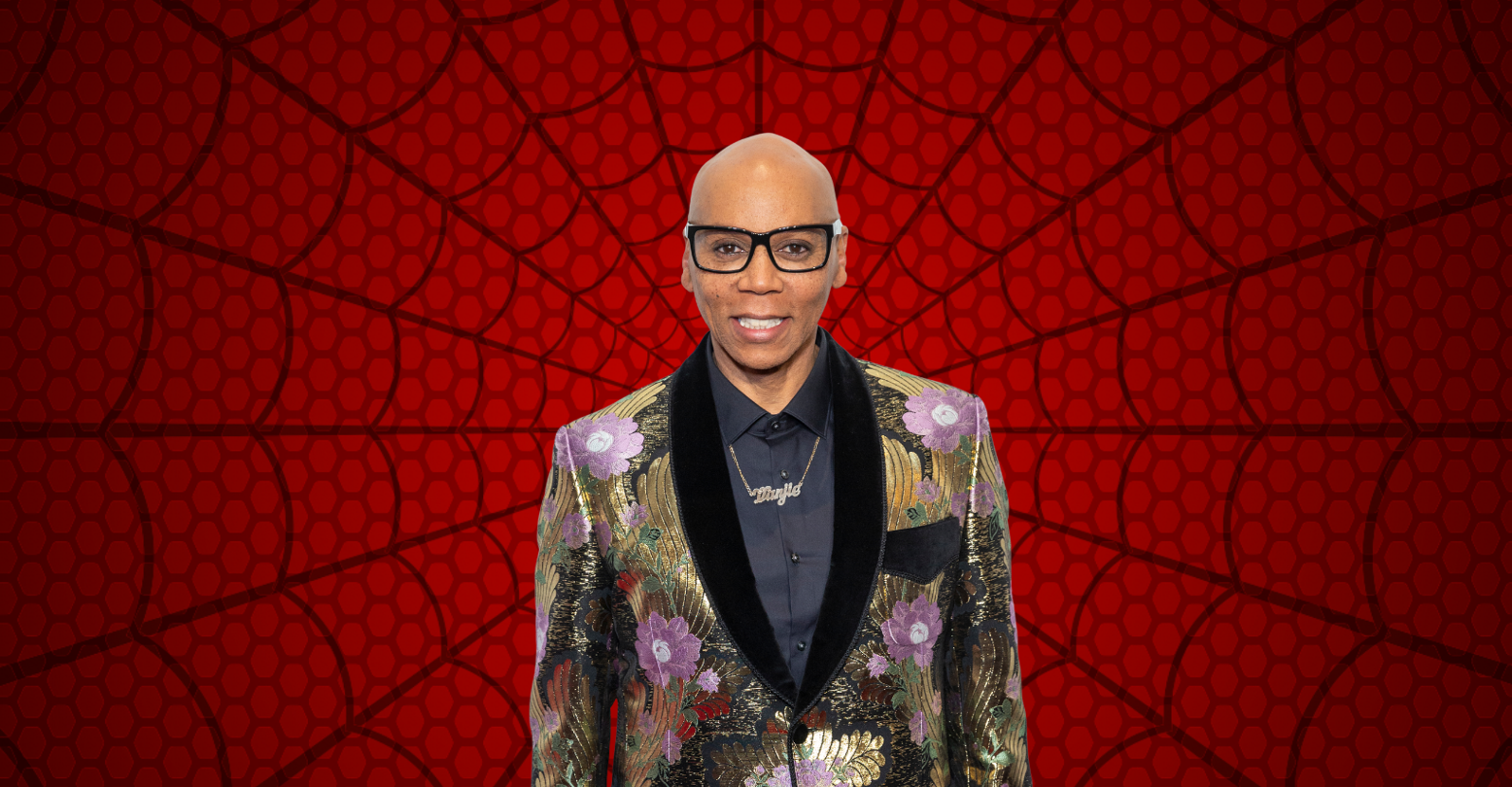 RuPaul has spoken blasphemy against our friendly neighborhood Spider-Twink. Appearing on Tuesday night’s Jimmy Kimmel Live, Ru expressed confusion over the Spider-Man craze, which has been recently hyped up due to the release of the third film, No Way Home.

Recalling one of the times he guest-hosted the show, RuPaul said, “A couple of the writers, I asked them, ‘What’s the thing with Spider-Man?’ I get Superman, I get Wonder Woman, I’ve never gotten Spider-Man!”

When Kimmel asked why, he responded: “You know, I think because I’m gay. I think that’s probably it.” He elaborated: “Superman is the story of Christ, the story of an ascended master. It’s the hero with a thousand faces…Superman represents the hidden specialness and uniqueness that each of us has.”

He also allowed that “Clark Kent is HOT.”

RuPaul went on to ask, “What is the thing with Spider-Man? I don’t understand the hidden meaning behind it.”

Kimmel explained that the reason Spider-Man is so popular is that he’s a kid whereas other superheroes are adults, and this helps kids fantasize about being heroes themselves. Spider-Man is also funny in comparison to the typical brooding heroes with the weight of the world on their shoulders.

An admirable attempt, but as the gays have long known, there is so much more to the appeal of Spider-Man—especially from a queer perspective. And gay Twitter is all too happy to educate.

First of all, Clark Kent might be hot in a 1950s Mad Men kind of way, but he has nothing on Tom Holland’s assets.

@RuPaul this is why gay men like Spider man! pic.twitter.com/FBevmIiEJQ

One user cheekily suggested that Spider-Man has been all over Drag Race with a thread reinterpreting past contestant lewks.

Following the release of #SpiderManNoWayHome and RuPaul’s recent comments that he “doesn’t get Spiderman because [he’s] gay”, I’ve pulled together a thread of Drag Queens as Spiderman characters:

And finally, a “lifelong fan of Spider-Man” pointed out that the gay appeal amounts to so much more than drooling over a spandex-wearing muscle boy.

As a lifelong fan of Spider-Man I’ll break it down real easy for you Mama @RuPaul:#Spiderman taught us even us MISFITS have a place in this LIFE! Not a made up “Metropolis” or an ascended being, it’s being different & accepting who you are/becoming. – 1/2https://t.co/3oBcNOUnZa

Spider-Man is a misfit in a way other heroes aren’t, least of all the overpowered Superman. That said, of course, we gays are still welcome to continue picturing ourselves as Kirsten Dunst in that iconic upsidedown kiss.