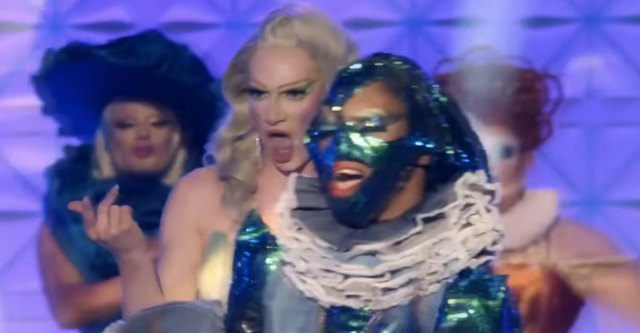 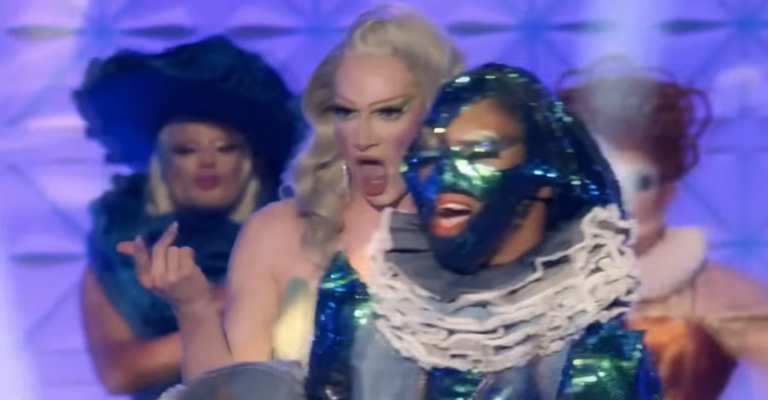 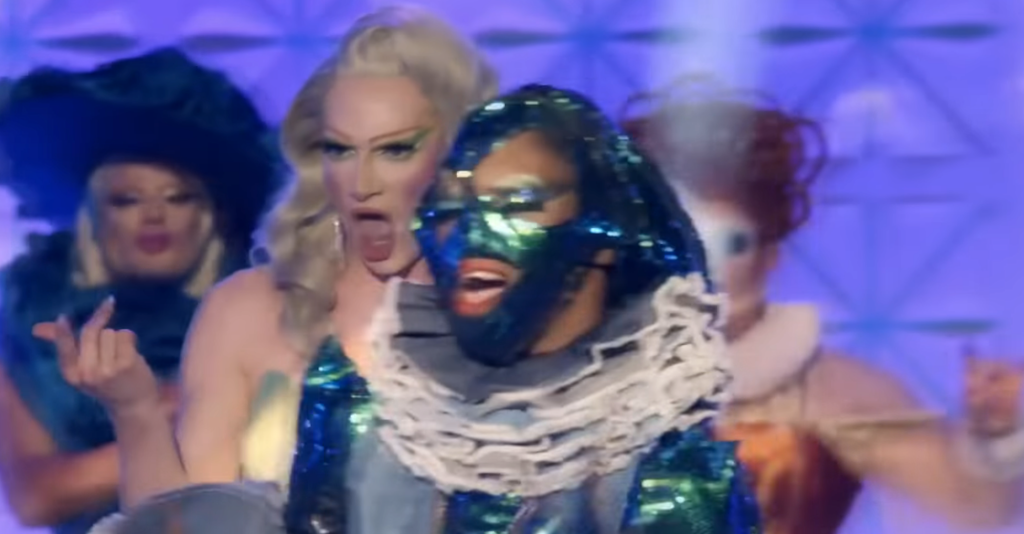 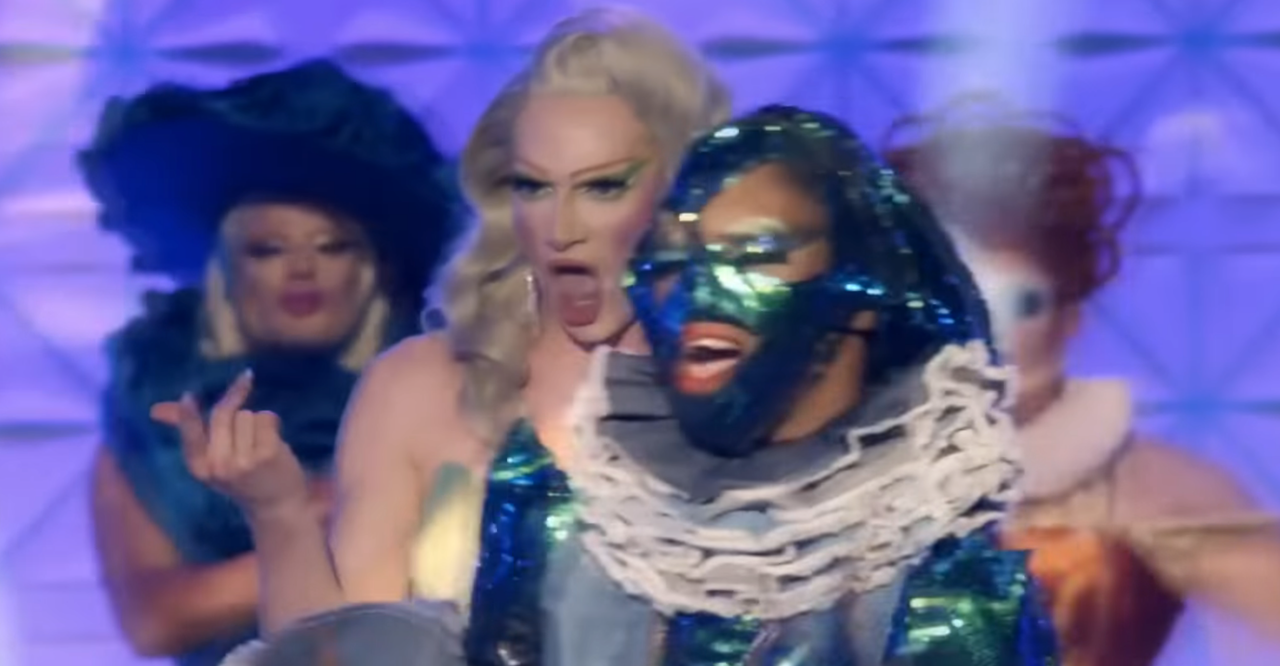 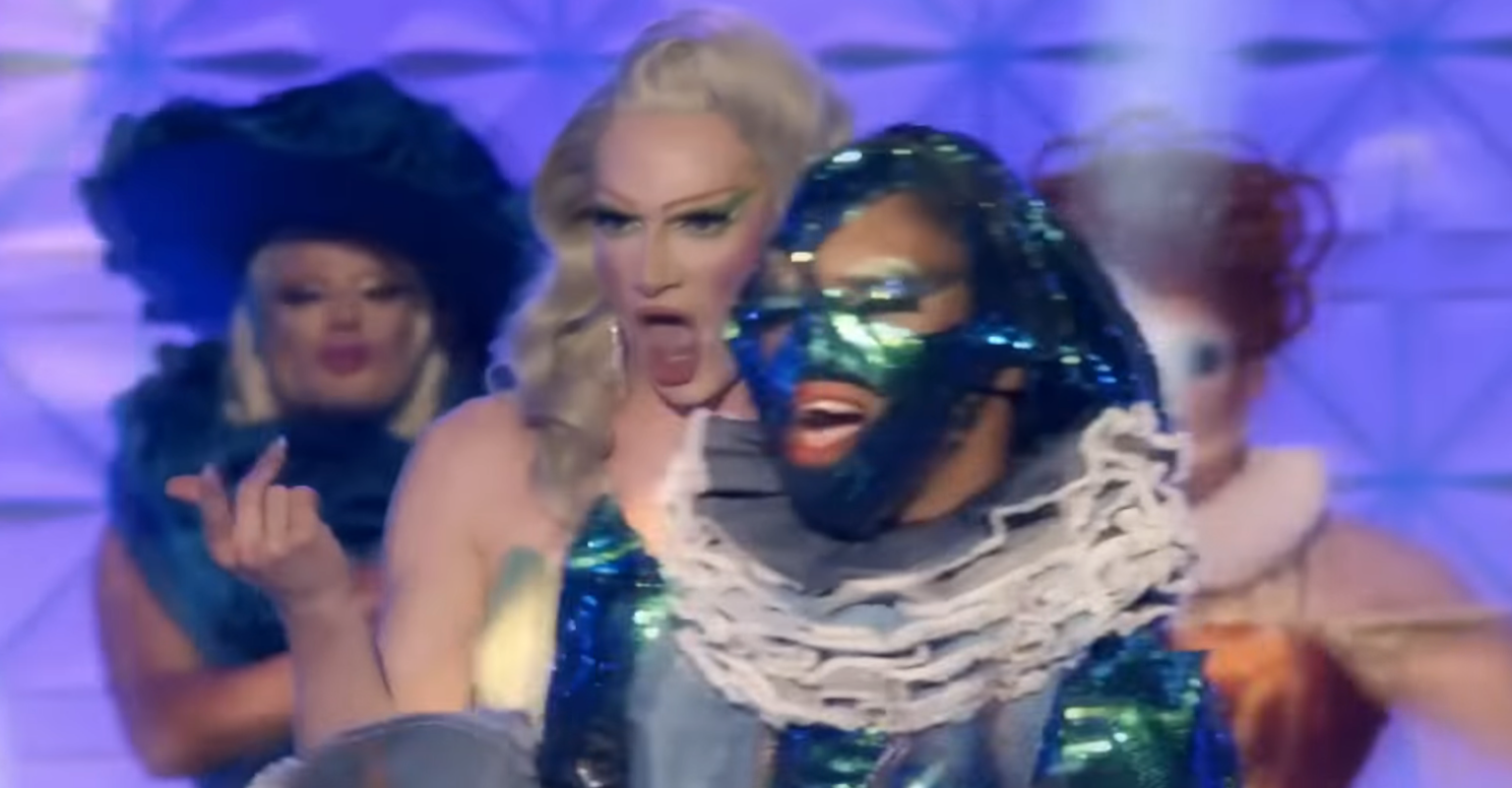 RuPaul’s Drag Race UK series 4 has crowned its winner: Danny Beard is the latest queen to conquer the popular UK version of Drag Race, joining The Vivienne, Lawrence Chaney, and Krystal Versace in the hall of winners. Danny’s crowning was a more than satisfying conclusion to another great series of Drag Race UK, which continues to prove itself as one of the strongest iterations of the show. So to celebrate another fantastic series of Drag Race UK, “the time has come” to rank its ten lip syncs.

A truly cursed lip sync for many reasons, the most pressing of which being the deeply disappointing choice of song: Culture Club’s “Miss Me Blind.” Considering his past criminal behaviour, the fact that Boy George was even invited onto the show as a judge was already pretty disgusting, but to then subject viewers and the queens to a lip sync to one of his songs? Unforgivable. Dakota (who shouldn’t even have been in the bottom two) and Pixie tried their best, but when they had a “go girl, give us nothing” song to perform to, what could audiences expect? Categorically the worst lip sync of the series, but Dakota and Pixie: innocent!

Can someone please explain why queer icon Olly Alexander was sitting on the judging panel and the queens weren’t lip syncing to one of Years & Years’ absolutely joyously camp bops? Instead it was Queen’s “Another One Bites the Dust” that Peppa and Pixie had to fight it out to in order to make the final. Pixie was held back by her cumbersome runway, joining the “she fell hard” club, whilst Peppa’s more polished punk look worked in her favour. With those smooth knee slides and strong splits, Peppa made light work of this lip sync, however, will it be remembered? I don’t think!

A lip sync to the Sugababes classic “About You Now” should have been considerably better than this. More impressive lip syncs to the same song have been seen in any number of gay pubs and clubs up and down the country, courtesy of over-confident, half-cut millennials. Not a lot happened until the last few bars where we then got the most delicate of death drops from Starlet and a forward roll from Jonbers—thrilling stuff. It’s as forgettable as they come, but at least the song still slaps and both queens remain iconic in their own way.

After a fairly limp snatch game, Peppa and Le Fil found themselves in the bottom two. However, no one can say that they didn’t give it their all. Whilst Le Fil was unveiling more reveals than a Drag Race finale, Peppa was behind her carrying out an Olympic gymnastics routine. Unsurprisingly, guest judge Mel B was living her best life watching the queens do their thing to the Spice Girls’ favorite “Stop”, whereas Ru seemed pleased when the queens did just that: stop. Wild, energetic, and messy—a perfect mix for a polarising and chaotic lip sync.

It wasn’t until the finale that we got to see these two drag legends lip sync. Sharing eight Ru Peter badges between them and no bottoms, it made perfect sense that the series would conclude with these two lip syncing for the crown. Performing to the appropriately dramatic “This Is My Life” by the British institution that is Dame Shirley Bassey, both queens had their lips quivering for that crown. It was Danny who conveyed the emotion of the song that little bit more convincingly though and was ultimately crowned the rightful winner of the series.

In what was hilariously awkward timing, Peppa and Copper found themselves lip syncing to Jax Jones and Ella Henderson’s “This Is Real” the very same week the X-Factor vocalist came under valid criticism for performing at a Conservative Party conference. Of course unbeknownst to the queens at the time of recording, all they were concerned about was fighting to stay in the race. Copper put up an admirable fight but Peppa was winning right from the words “don’t fuck it up.” She broke out a fierce arsenal of moves and showcased just why she would go on to become the lip sync assassin of the series.

4. Dakota Schiffer vs. Just May

The very first lip sync of the competition set the series off to a great start. Dakota wrongly found herself in the bottom two (there’s a theme here) but immediately put the judges’ critiques of her not giving enough into action. The results? An energetic, one-woman show brimming with attitude, all set to Mabel’s pop banger “Let Them Know.” Bless her, May really did try, but after her elimination, she even admitted that she’s a “sh*t lip syncer.” Although, she should give herself a little bit more credit as the way both queens directed the lyric “you’re that bitch” at each other was pure camp.

The best lip syncs are usually a result of two queens performing at their best, and Baby vs. Sminty is a perfect example, arguably warranting a double save. Lip syncing to the iconic Mel & Kim hit “Respectable,” Sminty was so fun and goofy, whilst Baby left everything on the floor, literally. It was sad to see Sminty leave so early, however, it was bittersweet as after the lip sync she delivered the best exit of the series. She repeated her hilariously awful twerking from the challenge that landed her in the bottom, leaving everyone in hysterics and going down in Drag Race history in the process. That, girls, is how you make an exit.

From one lip sync that could have been a double save, to one that actually was. The use of Booty Luv’s “Some Kinda Rush” was an absolutely immaculate song choice, and both Peppa and Jonbers’ performances lived up to its title. As expected Peppa did not hold back, once again showing audiences and the judges just what an electric performer she is. However, Jonbers repeating that same move with her arms was just immediately iconic, so much so that fans began recreating it on social media. She added so many other fun touches too and the queens’ synchronized slide at the end of the song was everything. Oh, and Jonbers’ hilarious reaction to being saved was equally as entertaining as the lip sync she’d just slayed.

After a really brilliant Rusical where not one queen performed poorly, it was such a shame to see these two end up at the bottom. However, it was well worth it considering the performances they both gave. Lip syncing to “No Way” from Six the Musical the pair hit every single beat of this song, all whilst looking gorgeous. They were both excelling, and then Dakota pulled a fake Ginny Lemon, pretending to leave the stage, only to return by poking her head around the side. It was a really funny and clever moment that truly took the lip sync up a notch. Baby kept up with this though, turning her performance up to eleven with amazing dance moves and great splits. Her surprise self-elimination was a twist none of us saw coming, but after delivering the best lip sync of the series, what a high to leave on! ♦