Sam Sparro has traded in “Black and Gold” for festive red and green, y’all.

The Australian singer, songwriter, and producer has Christmas in his heart on a new holiday EP, and while he says he only recently warmed up to the winter holiday, you’d never know it listening to the jazzy, heartfelt Christmas in Blue.

Sparro’s soulful take on classics like Peanuts fave “Christmas Time Is Here” and Wham’s “Last Christmas” bear all the markings of someone who lives for Dec. 25he even penned an all-new tune, “Christmas in Your Heart,” that has the holiday songbook on notice.

We caught up with Sparro on the heels of a busy year that also included collabs with Honey Dijon and Luke Million to talk influences, queer representation in music, and his upcoming third full-length, due out in 2018.

So what inspired you to make a Christmas album?

The joke is I’ve never been a huge fan of ChristmasI find it really triggering. But I’m really into it this year. I’m ready to be festive. I grew up in church and I love gospel music so I’ve always loved that aspect of Christmas music. I love Mariah and Stevie and Donny Hathaway’s Christmas stuff.

I’ve been wanting to do more stripped back jazz stuff and this just sort of accidentally came about. If you told me 6 months ago I’d have a Christmas record out this year I would have laughed at you. Tim K and I were around the piano playing “Christmas Time is Here” from Charlie Brown and we thought, “We should record this.” And it all just kind of happened from there.

It’s a big stylistic shift for you musicallywhere’d this jazzy sound come from?

I listen to a lot of jazzmy grandfather was a really successful jazz musician in Australia and my grandmother hosts a jazz radio show in Sydney to this day. I’ve always been around it and loved it and it’s been a natural thing for me. There will definitely be more jazz in my repertoire.

You cover Wham’s “Last Christmas” on the EP and you performed at the George Michael tribute in Sydney earlier this year. He’s clearly a big influencewhat was it like getting to honor him so publicly?

Yes, I love George and I relate to him so much. As an artist who produced and wrote his own music and poured so much of his personal life into his work he’s definitely a touchstone of mine. It was really wonderful to honor him at the Sydney Opera House. It was more difficult than I’d imaginedhis range was enormous. I definitely had to warm up more than I had ever before.

Queer and trans artists are definitely having a moment right now in terms of visibility, and you and George both helped carry that torch. What’s your take on the current state of queer representation in music?

It is exciting to see people like Honey Dijon paving the way for trans artists. Younger people don’t really seem to care as much about sexual identity and the gender norms are definitely starting to blur more, but we can’t become complacent. We need to make sure that we remember and share our history and make sure young people know their history, because they’re not going to read about it in school anytime soon.

You featured on “Look Ahead” from Honey’s recent full-length debut. How did that collab come about?

Honey and I met in Paris about five years ago and clicked from the get-go, and we’ve kept in touch since. We had talked about doing something together for a while. My good friend Tim K was collaborating on the album with her and they had sent me some tracks to write to, but Honey said, “What I really want is for you to do a cover of the Danny Tenaglia classic ‘Look Ahead.'” Honey was in New York when I did the vocals but we FaceTimed when we finished and she flipped. 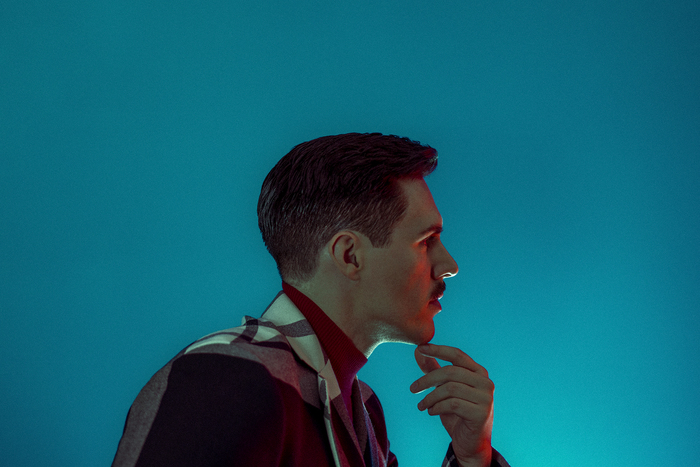 The track has a rich history in dance musiccan you tell us about why y’all chose it and the direction you took it?

Honey is really about acknowledging house music’s history. She’s from Chicago and New York and she’s really passionate about repping that and bringing it into the now. The roots of dance music have so much soul and joy and we both try to bring that to our music. It also felt like the type of anthem that we need nowwe have to look ahead and be inspired and lift each other up in spite of some of the terrible circumstances we’re facing at the moment. It just felt appropriate.

I’m assuming you get asked to contribute vocals all the timewhat made working with Honey especially appealing?

I do get asked to do a lot of vocals for other people’s projects but I’m extremely selective. I only do stuff If I like the artist and the music. I love Honey as a human and as an artist, so it was an easy yes.

Any other recent collabs?

I had a lot of great collaborations this yearOliver, Luke Million, Honeyand some other great ones that will be out next yearKING, Rahsaan Patterson, Ladyhawke. I enjoy collaborating because I spend so much time alone creating. It’s a nice change.

I’m working on my third full-length album at the moment. It’s an album inspired by my cassette collection and I’ve been writing it with my eight-year-old self in mind. I’m thinking of it as a gift to my childhood self. There are a lot of love songs on it and bit beats. I’m obsessed with the Roland D-50 synth which Jam and Lewis used on Rhythm Nation. It’s very early digital. I’m having a lot of fun with that. It will be out next year.