Sara Serraiocco gets to play a classical violinist and a bad ass assassin in the new Starz series Counterpart, and both come with their own set of challenges. The Italian actress, who is still learning English for the roles, say she was “fascinated” by the women she portrays, as they are alternate versions (or “counterparts’) of one another in parallel dimensions.

As the show’s villainous Baldwin, Serraiocco is a Girl With the Leather Tattoo-esque hit woman (or La Femme Nikita, as Serraiocco suggests), yet she’s a dichotomy herself.

“She’s really strong and good at striking her targets and then vanishing,” Serraiocco tells INTO. “She is vulnerable. She has no friends she has no place to live and doesn’t know really much about real life. But during the series, she discovered that she has feelings she never thought she could have.”

Serraiocco says she relies on her former dance training to help her lean into learning the “physical sides” of her characters.

“For Nadia, I have to learn how to hold the violin, because she’s a successful violinist. So I started with a violin teacher who taught me how to hold it and the bow correctly, how to hold your wrist while you’re holding the bow just to make my character realistic,” she says. 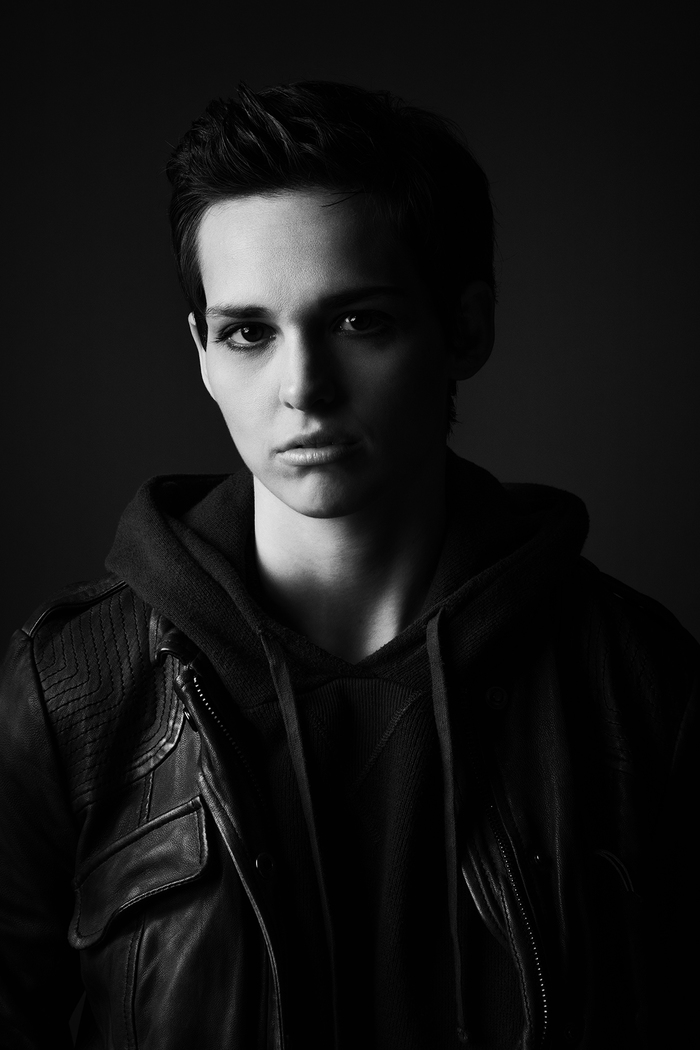 And for the cunning killer counterpart, Baldwin, it was a different kind of physicality to nail.

“I’ve never played an assassin before so I have to learn how to be one, like holding a gun and [how to] jump and run,” she says. “I worked six to seven hours a day for a whole month.” She smiles. “It was really fun.”

The challenging aspect, Serraiocco says, was toggling between the emotional (or, in Baldwin’s case, unemotional) sides of two characters who share contentious screen time.

“Nadia is classy, elegant, always dressed up and Baldwin doesn’t care about people,” Serraiocco says. “Baldwin hates her, because she thinks Nadia is successful. She has a real life, all the things that Baldwin never had in her life.”

But Baldwin is making assumptions about Nadia, who reveals to series star J.K. Simmons (also in dual roles) that she grew up as a foster child.

“When [Baldwin and Nadia] finally meet each other, they realize they share the same painful memories about the past,” Serraiocco says. “It was really interesting, and it was an opportunity for me to play two different roles.”

“I had to create an emotional connection with a person that I love in the show,” she says, noting it’s a spoiler to say who. “It was really exciting, because I never played lesbian before, so it was an opportunity as an actor. It’s really important to do a lot of different characters.”

She will admit, however, that Baldwin has an “emotional connection” with her friend, Clare (Nazanin Boniadi), and their chemistry on screen hints that things could turn more heated as the season goes on.

“They have been working together for a long time,” she says, carefully, “so I could also say that.” 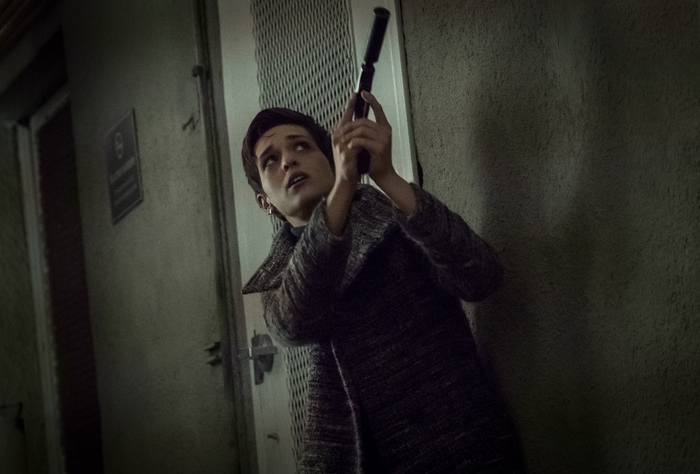 And when Baldwin is ready to explore love, Serraiocco says, she’ll find life has new meaning outside of darkness; a vulnerability that she might have seen in Nadia that she both abhorred and aspired to find in herself.

“Baldwin will discover that in the light,” Serraiocco says, “there are feelings and emotions.”

As Nadia says in this week’s episode, “We cannot escape who we are.”