This week, two queer-owned venues announced their closing in Los Angeles: Bar Mattachine, a bar named after the first-ever gay rights organization in the U.S., and the Vietnamese staple Good Girl Dinette, run by out chef Diep Tran. Both were subject to rising rents in gentrifying neighborhoods (Downtown Los Angeles and Highland Park) and follow a sad trend over the last decade of lost queer spaces. They join the legendary Oxwood Inn, a bar owned, operated, and patronized by queer and trans women, which closed in June 2017 — and that’s just in L.A. Earlier this year, St. Paul, Minn. saw its beloved Town House turned into a sports bar; residents of Norfolk, Virg. are trying to save the fledgling local LGBTQ dive, Hershee Bar; Attitudes, the oldest gay bar in St. Louis’s Grove, is for sale.

What’s perhaps most notable about all of these spots was that they were not gay-specific, but instead, LGBTQ spaces that catered to the entire community. Town House had a sizable lesbian crowd due in part to owner Holly Monnett. Attitudes is also owned by an out lesbian, Jann Brigulio, and Hershee is currently owned by Annette Stone. And while Mattachine was owned by gay actor Garrett McKechnie, the bar boasted a mixed crowd and held events for organizations like the NLGJA (The Association of LGBTQ Journalists) as well as regular drag shows.

So when L.A. queer coffee shop Cuties announced that it needs community support today on its one year anniversary, its Patreon was accompanied by personal pleas from owners Virginia Bauman, Iris Bainum-Houle, and social media manager Leslie Foster to help keep their Virgil Village space open and available for local and visiting LGBTQs.

“Every single day that Cuties is open is a relative miracle,” Bauman writes. “We are proud of our impact on the community. We are giving every ounce of energy, love and skill that we have to make this project work and it has been one of the most rewarding and meaningful experiences of our lives. It’s an understatement that this message is incredibly hard to write and share, but asking for help one more time seems like the right thing to do.”

She goes on to write that “Unless we are able to reach our Patreon goals in August, we will likely have to close our doors.” 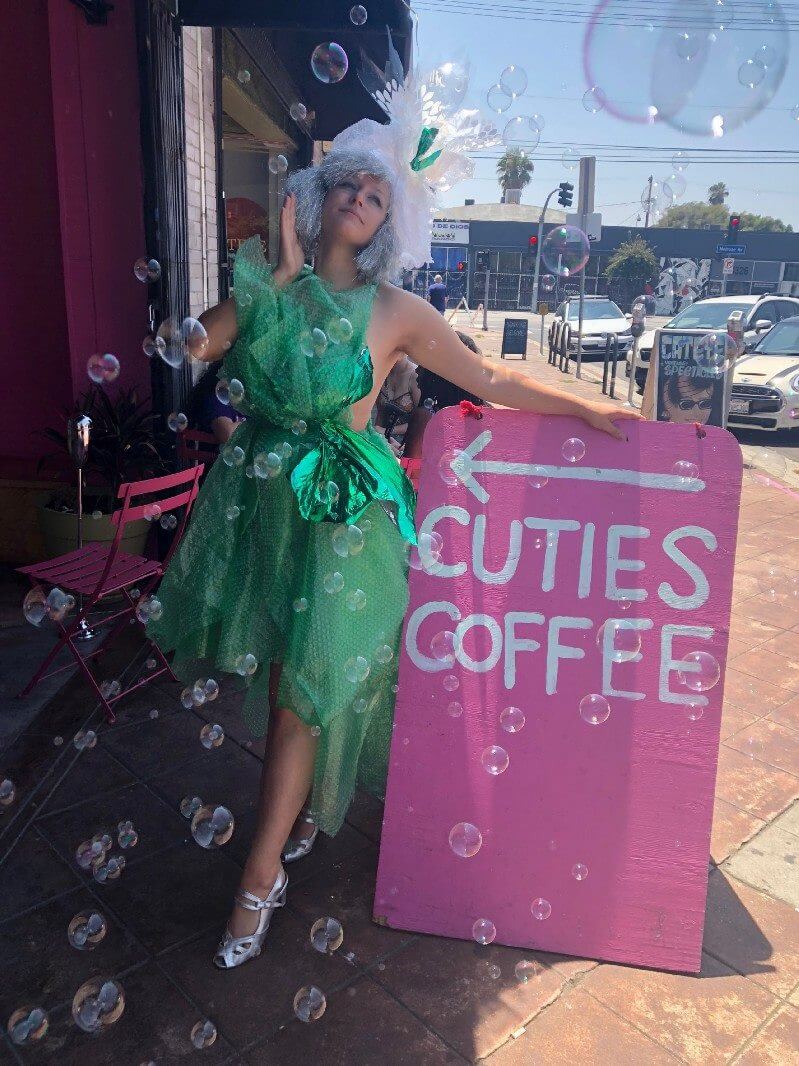 Like many queer and trans spaces, most of which are now defunct, Cuties is more than a venue.  The venture first began as a pop-up event called Queers, Coffee, and Donuts, which soon became so popular that it helped fund the start-up costs for the brick-and-mortar, located in a largely Latinx neighborhood adjacent to Silver Lake and East Hollywood. Since opening its doors as a daily operation, the shop has been a dependable safe space for LGBTQs and allies, offering regular opportunities for community building such as Friday Flirts (where 18+ LGBTQIA folx can meet potential new partners), film screenings, craft nights, support groups, and other one-off events. (Queers, Coffee, and Donuts still happens every Sunday, with specialty flavors available such as Bubblegum Plum Buttermilk.)

“Every week I get messages from our queer & trans kin all over the world asking us to open a Cuties in their hometown,” writes Bainum-Houle. “There is a great need for more space. LGBTQIA+ folx deserve a safer space that is all ages and open every day of the week. We deserve to make a living wage at a place of work where our orientation, gender and pronouns are respected. There is power in getting people in a room together, together in our common difference to build community. I want that work to continue. For that to happen I need your help.”

There have been many arguments over why LGBTQ spaces have difficulty staying open, specifically those catering to further marginalized sectors such as women or people of color who might not feel safe or welcome at cis white gay male-owned and operated clubs and venues. But the one that looms largest is the idea we don’t support our own community — that, outside of gay men, those identifying with other parts of the acronym don’t regularly attend or put money into the few initiatives and/or businesses attempting to cater to them. What frustrates about these assertions is that these same people are also those with less ability to give — who are less likely to have jobs or homes, much less extra cash.

The owners of Cuties offer several alternatives to cash donations on their Patreon in acknowledgment of this continued patriarchal problem. At the lowest level, donations can be pledged in amounts of $2 a month, and $5 or $10 per month is also an option. But for those for whom that’s not feasible, they request shares of the link on social media, a Yelp or Google review, or simply, a visit to the space — using it for what it’s intended. 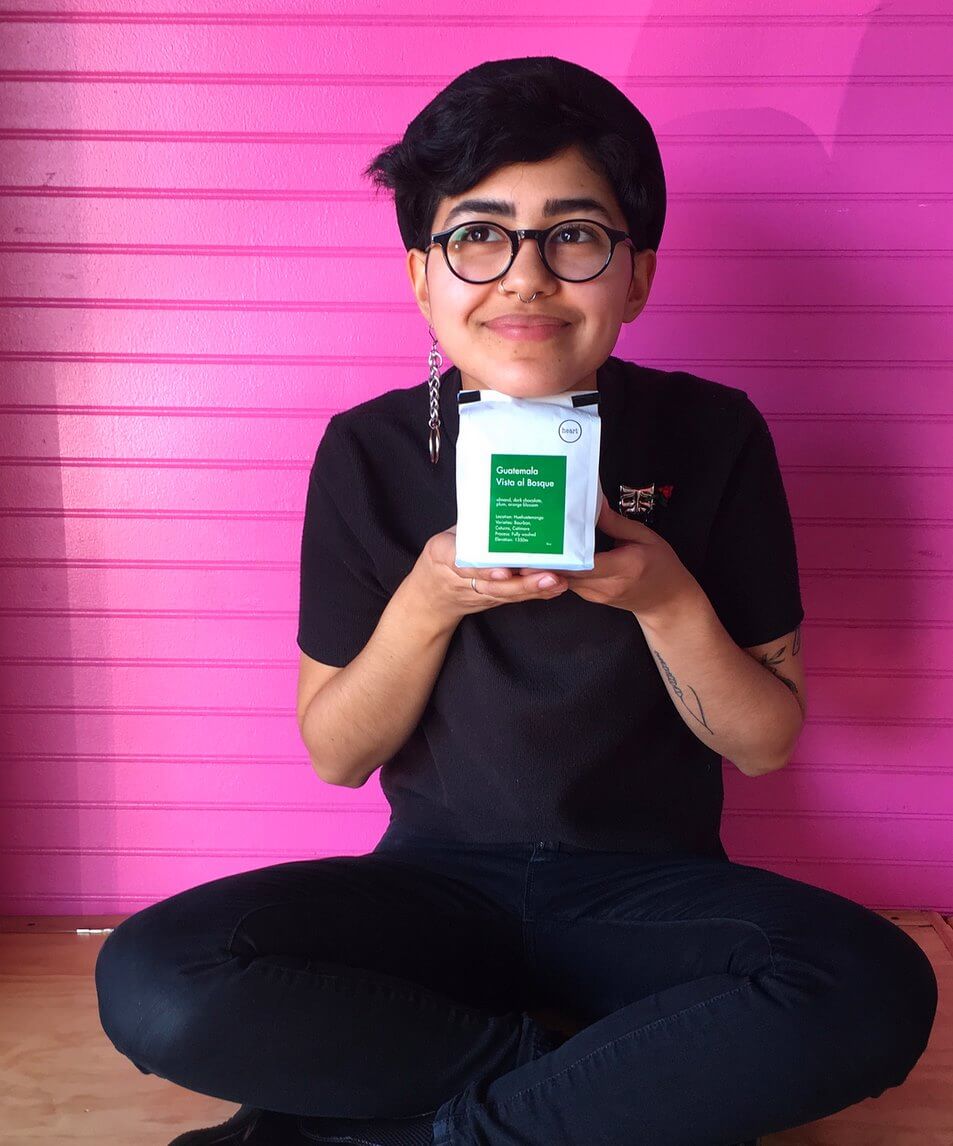 “Hold meetings in the shop, study groups, first dates, co-work!” Bainum-Houle encourages. “Bring a friend who has never been to the shop before. We’d love to meet them!”

Patreon gifts include queer mugs, books, greeting card sets from queer artists, a spot on the wall inside Cuties, and a crash course in donut making for you and four friends.

“For the past 3 years, Iris, myself, Leslie and many other people have given everything to the mission of creating what we felt was missing in our community,” Bauman writes. “We want people within our community to have a few more jobs, a little bit more space to relax, and to facilitate regular daytime events that get people out of their house to see community in person.” 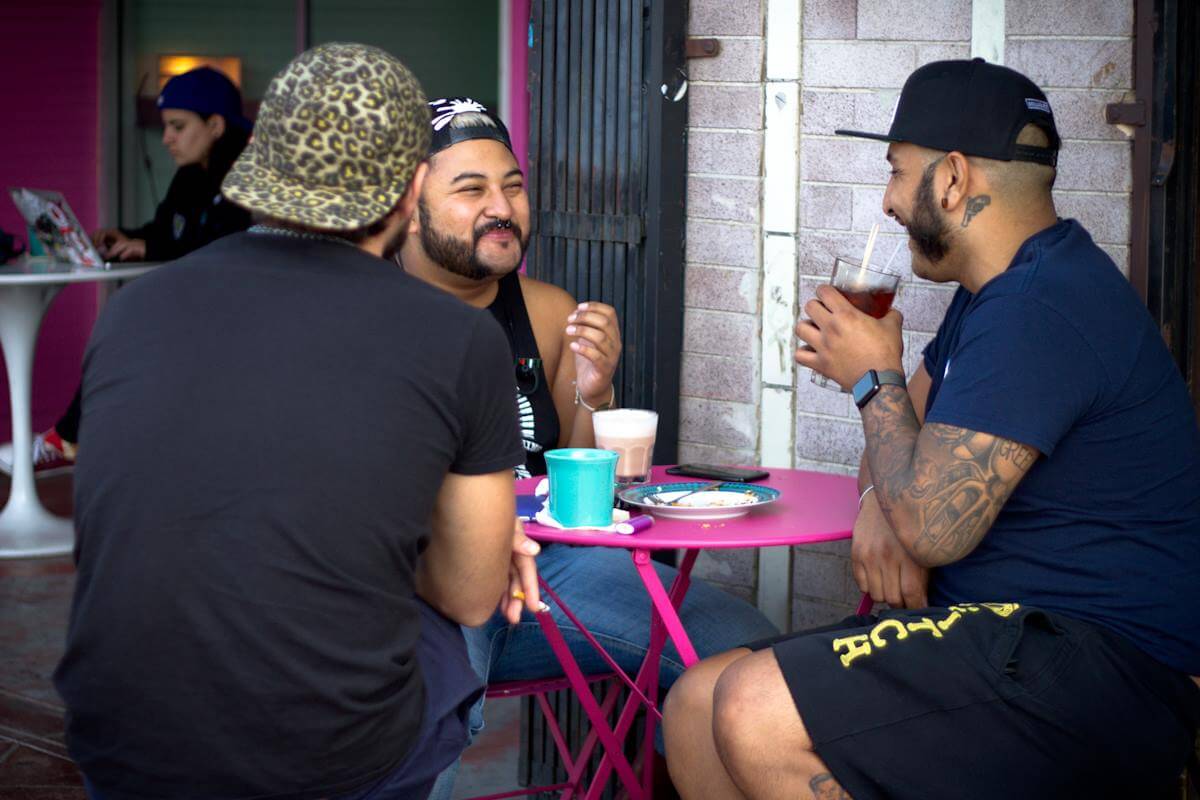 As opportunities to create community become more virtual, physical safe spaces and venues like Cuties are more integral than ever, especially for LBTQs. Frankly, one Cuties isn’t enough — but if even that one isn’t sustainable, where will we go next? If the answer is inevitably straight spaces, what will be sacrificed? That cost is surely more immeasurable than a cup of coffee.