The thing about GLOW’s first season is that there are so many women, and aside from Debbie and Ruth behaving like bitter jilted lovers, none seem to be interested in having sex with each other. Statistically, it just doesn’t make sense. Fortunately, the writers have picked up on this, and in Season 2, we’re introduced to lesbian AF Yolanda Rivas (aka Yo-yo), played by Shakira Barrera.

Yo-yo is a Mexican-American exotic dancer who is hired by Sam (Marc Maron) to replace Cherry (Sydelle Noel), who left GLOW for a role on TV show. As the new Junk Chain, she doesn’t exactly get a welcoming reception — the other Gorgeous Ladies had not been informed of the changes prior to her arrival.

There’s a general unease within the group and a hostility towards the newcomer, but Yo-yo’s charisma and general confidence quickly divert that. Aside from being GLOW’s first Latinx character, Yo-yo is also its first openly lesbian character, a fact she has no problem bringing up whenever things are getting a little too hetero. 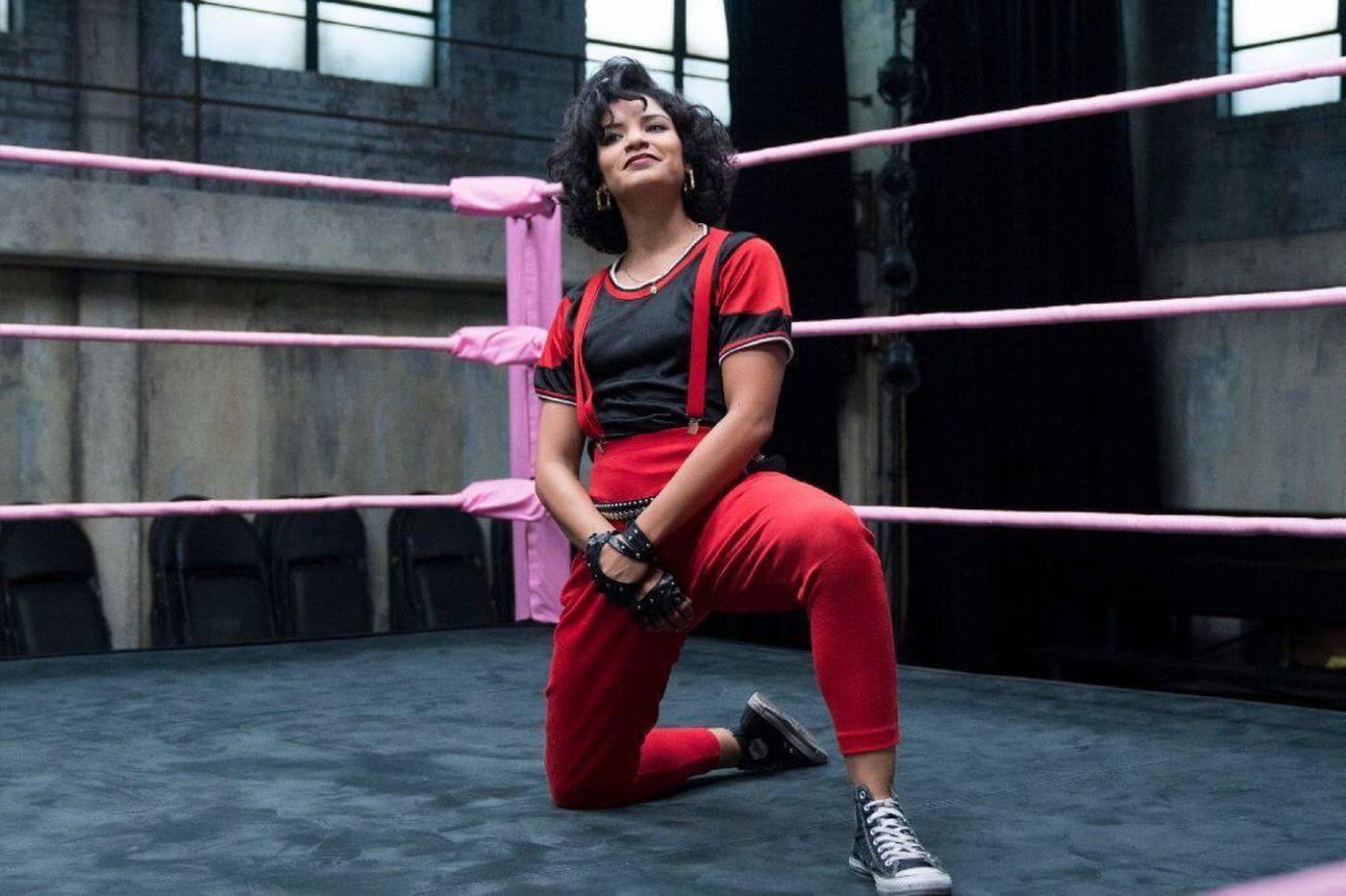 Barrera, who is Nicaraguan-American, sees the importance of her presence in the show and knows that representing a confident, ambitious queer Latina does as much good for the Latinx community as it does for LGBTQ viewers.

“I feel like society has put lesbians in a box,” she said in an interview with TV Insider. “I feel [Yolanda] is someone who stands out and has her own unique personal style. Just to know that she is on the other side and an out-and-proud lesbian. I think it’s going to be so great for the LGBTQ community.”

Yo-yo is the confident, assertive lesbian we deserve and rarely get to see in period pieces. But why stop there? Yo-yo isn’t just the token who drops a smarmy remark here and there to lighten things up — she actually has a storyline! She can use more screen time, that’s obvious, but at least Yo-yo’s bush-lacking problem is solved, presumably, which brings us to Arthie. 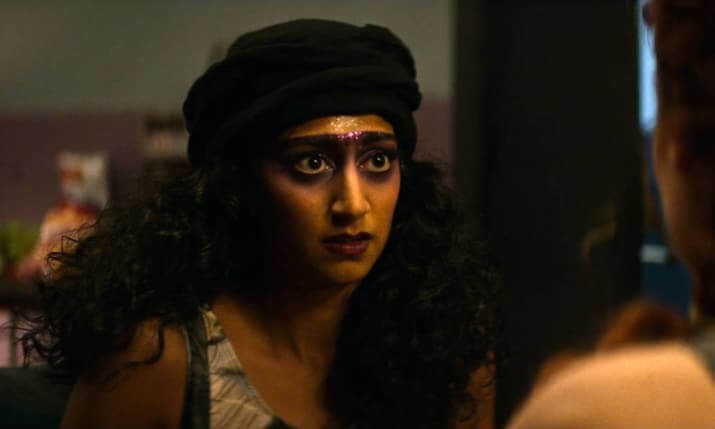 Poor Arthie, who never had a chance, realizes fairly quickly after being paired up with Yo-yo, just how royally screwed she is after being called out by Sam, of all people, whose gaydar is apparently finely tuned.

“Oh man,” he grumbles upon catching Arthie in a strip club, watching Yo-yo perform. “Did you two actually fall in love during that stupid dream ballet? You did! Oh, that’s cute.”

Marc Maron’s Sam has suddenly become a lesbian whisperer, in addition to everyone’s begrudgingly supportive dad, and that’s character growth to get behind.

The two women are paired up for a televised community outreach GLOW special in which they perform a beautiful ballroom scene reminiscent of old Hollywood films. Arthie is in a long gown, Yo-yo looks dapper in a Fred Astaire-like suit, and it’s the swoon-worthy moment of the season.

The connection leaves a lasting effect upon them both, and going over their recent performance, they decide to keep living together. Because U-Hauling and staring longingly into each other’s eyes is what lesbians do best after all.

They do share a kiss before the season is over and as the GLOW team heads out for their new venture in Las Vegas, they share a smile and a knowing look as the bus takes off while “Nothing’s Gonna Stop Us Now” by Starship plays in the background, giving us the classic ’80s rom-com ending we’ve deserved for so long.

While GLOW has not yet been renewed for a third season, the creators have an idea as to where it could potentially go, and according to them, it’s going to get dark.

“We didn’t think Vegas was a purely optimistic place. It’s a place that, at least for us, makes our hair go up on our arms as in, ‘Oh no, what’s going to happen there?'” Carly Mensch tells The Hollywood Reporter. “It’s a place that makes us deeply, deeply uncomfortable and that was exciting for us to take the story, and the women, there to see what happens.”

Let’s hope that darkness is strictly reserved for Ruth and Debbie.

Season 2 of GLOW is now streaming on Netflix.