Ricky Martin joined Menudo the year I was born meaning I have always lived in a world where he was a star.

I first saw him on a poster my aunt had of him in her bedroom, a relic from her frenzied obsession with the boy band from her high school years. I grew up watching him in Alcanzar Una Estrella II where his long locks and smoldering stare were yet again deployed in a telenovela about a rising musical band.

I was enamored by his swoon-worthy ballads in his first few albums where he crooned about heartbreak and sorrow. And, like everywhere else in the world, I spent most of the late 90s bopping along to “María.” Which is to say, by the time he blew up and crossed-over with the one-two-punch of “Cup of Life” and “Livin’ la Vida Loca,” I was already enraptured by this perfectly-chiseled performer.

Part of the reason why I was so transfixed by Ricky was because of his hip-swaying abilities, obviously. But I also knew that I’d been following his career so closely because I couldn’t help but read between his lines (and hips) and see some of myself in him.

A part neither he nor I would be ready to own for another decade.

Thinking back, I can’t recall exactly when I knew that Ricky was gay. Or, rather, when I first began to give credence to the gossip that I would later know surrounded the singer. I just know it was always part of why I gravitated towards him.

At some point, and definitely by the time he was shaking his bon-bon for the American masses on Grammy stages, TRL episodes, and World Cup stadiums, I remained convinced that, like me, he was someone who yearned for the touch of another man. Looking at YouTube clips of his time in Menudo, my 33-year-old self can see inklings of what my teenage self intuitively knew.

As if, unbeknownst to him, the Puerto Rican pop star couldn’t help but call out to those who were like him even as he expertly played the role of well-adjusted teen heartthrob.

I was never one to speculate about celebrities’ sexualitiesindeed, I don’t remember ever discussing or feeling the need to voice my own haphazard theories about Ricky’s homosexuality; that alone might have outed me to friends and familyand I recoil from any attempt to read sexuality onto anyone’s mannerisms or musical tastes.

Sure, he had the kind of fluid hip movements I myself fought against lest I be called a fag at school, a nickname that sounded girly to my ears, and long flowing locks that were much too sumptuous even for 90s matinee idols. But, during his boy band days and among his Menudo peers (who often wore zebra tights, headbands, and other ridiculous if alluring outfits that only boy bands, or Fire Island gays, can get away with) and later as a solo artist, Ricky stood out to me.

He could be outwardly sparkly but his music also spoke of a deep-seeded melancholy that I recognized all too well. All I knew is there was a kinship I felt to this pop demigod that had both something to do with his body, which I eventually lusted after, and his ill-fated desire for privacy when it came to his “personal life.”

Moreover, loving Ricky’s music became a marker of my own homosexuality.

Before he became a global sensation and an all too literal Latin lover fantasy marketed at women from all over the world (look no further than that “Livin’ la Vida Loca” video, with its billowy satin shirts, all-too-tanned Ricky, and bombshell Croatian model Nina Morić strutting around in a tight minidress in a nightclub), Ricky was a soft-spoken crooner who would lounge around in the music videos for his languid ballads about heartbreak.

His lyrics had the melodramatic flair ready-made for schoolgirl notebooks filled with hearts and “I love Ricky” doodles. Take the first single from his self-titled debut solo album.

The 1991 ballad “Fuego Contra Fuego” (Fire Against Fire) had the then 20-year-old sing about the kind of combustible love affair most pop songs are made of: “Fuego contra fuego es amar/Fuego del que no puedo escapar/Donde nadie oye mi voz/Ahí te espero yo” (“Fire against fire is to love/Fire that I cannot escape/Where no one hears my voice/That’s where I’ll wait for you”). Later hits, including lead singles like “Te Extraño, Te Olvido, Te Amo” (I Miss You, I Forget You, I Love You) and “Vuelve” (Come Back), followed this template.

To like Ricky’s music was to openly embrace an emotional vulnerability that us Latino boys were more often than not encouraged to suppress. Even to look at the videos for these songs is to see Ricky pine for unnamed (and gender neutral) partners who’ve left him devastated. He’s always alone (down by the river, by the beach, at the Ennis House), embracing his sadness in a way that felt all too indulgent. Here was a man unafraid to bare his soul.

Just as Menudo’s expertly-packaged boy band sound and look was strictly aimed at and thought of as the sole domain of girls, Ricky’s early work was sentimental in a way that marked any boy who liked it as soft, effeminate, and maybe even worse.

Reading Ricky’s maddeningly cagey autobiography, Me, I was happy to read at least that he’d felt similarly when voicing his love for Menudo before he’d joined the successful band. “Despite the fact that the boys from Menudo were my idols and I yearned to be a part of the group,” he writes, “for the majority of kids my age, Menudo was a girl thing. Culturally and socially, we were so conditionedin part due to ignorance and in part to envyto think that real men don’t like to sing and dance.”

That he chose to lie about why he wanted to join his idols (“for the girls, the money, and the travel,” he told his friends) meant that even as a kid Ricky knew he wasn’t like other boys his age.

When the pop star released his memoir back in 2010, the book wasfollowing his candid coming out via a Facebook post a few months earlierthe first time Martin had spoken freely about his sexuality. He’d always claimed to be a private person, even when interviewers like Barbara Walters infamously pushed him on the subject, knowing there was a headline-grabbing story there somehow. 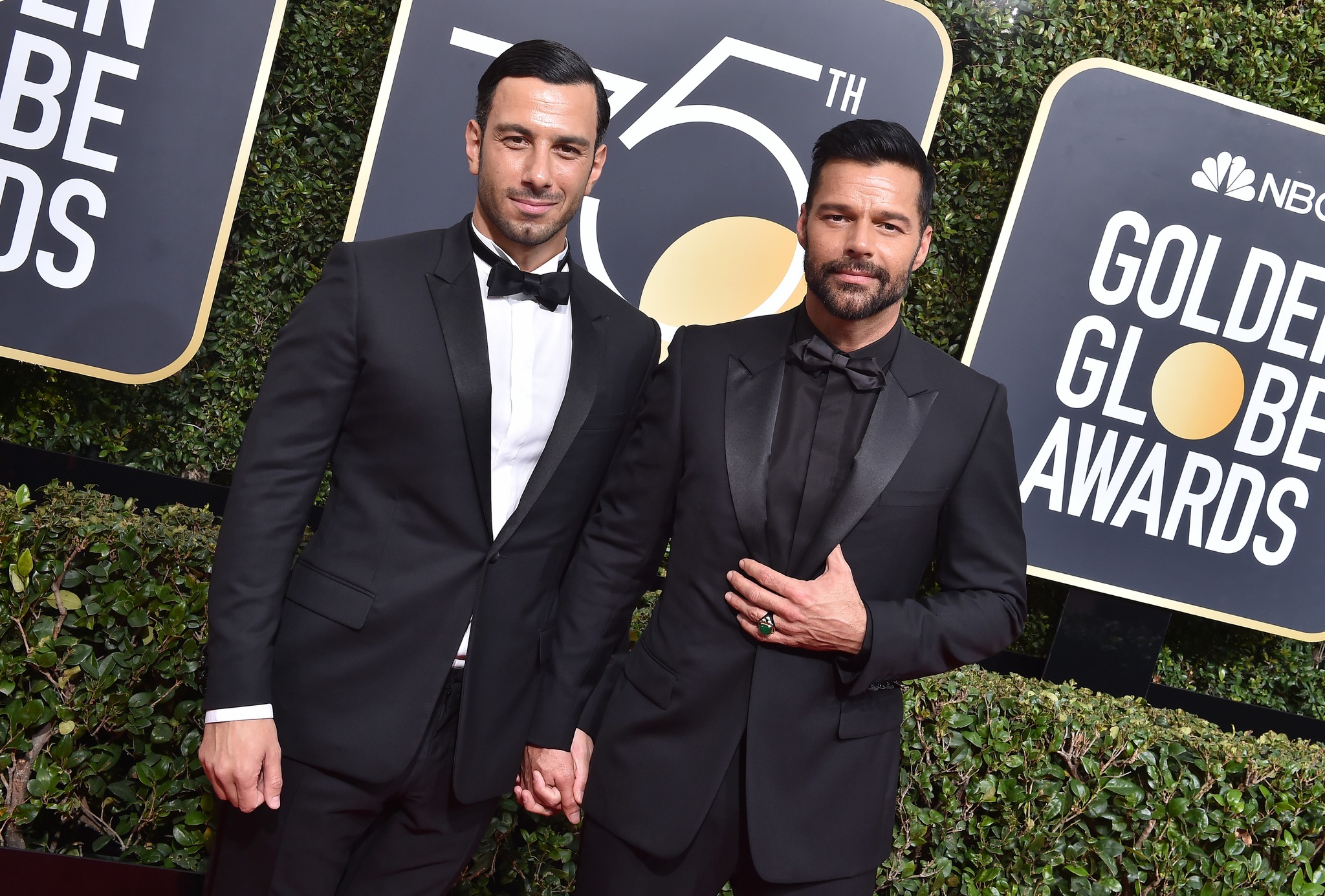 It didn’t matter that some of us knewI mean, he holidayed with gorgeous men in speedos!especially since I myself was just as cagey about my own sexual orientation at home and later in college (thankfully not for long).

It did matter, though, that Ricky Martinthat bon-bon shaking pop supernovaeventually owned up to that part of himself and shared it with the rest of us. And not just that, but that in doing so he finally felt free to embrace it as central to his aesthetic and his artistrylook no further than the explosive sexual vibes of his 2011’s album Música + Alma + Sexo, or his delicious wardrobe at his Vegas residency.

And now, to see him gleefully talk about how excited he is to be part of Ryan Murphy’s The Assassination of Gianni Versace: American Crime Story, a show that not only has him playing the Italian designer’s scantily-clad partner, but which delves into the danger of rampant homophobia, is something my teenage Ricky-loving self could never have believed possible.

Because even if we both always knew whether seeing it in his eyes or his dance moves like so many others I never thought he’d live his life so out loud like he does now.