A dark cloud hovered over the last few episodes of Shameless’s latest season: On October 8, show star Cameron Monaghan announced via Instagram that the following week’s episode would be his last as Ian Gallagher. Ian has always been Shameless’s queer center, anchoring the show to the subtleties of queer life. But rather than using Ian’s departure as a reason to bring fresh elements into the show, the ninth season over-simplified queerness and, in the process, it robbed Ian of nearly 10 seasons of development and growth.

Ian was introduced in the Showtime series’ pilot as a closeted gay teenager living with his family on Chicago’s South Side. He had a stash of gay porn magazines in his closet, and was carrying on a secret relationship with Kash, an older, married, outwardly devout Muslim man who also happened to be his boss. Later in the first season, Ian stumbled into a beard relationship with a classmate, Mandy, to hide his sexuality, and then started having sex with her brother, Mickey. Ian and Mickey formed a quick and effortless bond, though Mickey denied any sort of emotional attachment. 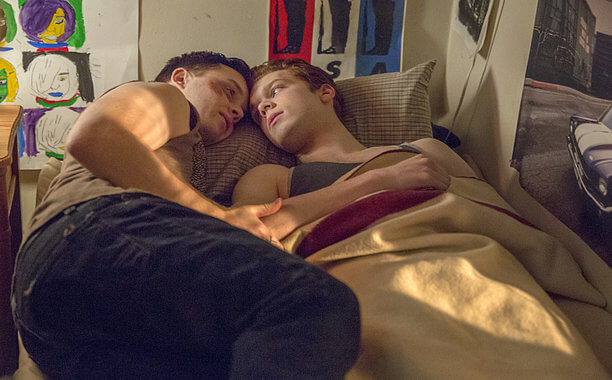 Ian and Mickey have an on-again-off-again relationship (mostly because of Mickey’s various stints in juvenile detention) through the first five seasons of the show. Their romance has always been polarizing for viewers—we’re made to care deeply about Ian, and Mickey is often emotionally manipulative.

But Ian grew to love Mickey despite their issues, and so it’s often difficult not to root for them. Mickey publicly comes out for Ian when confronted about being exclusive. And when Ian first shows signs of bipolar disorder, Mickey is there for him, and passionate about finding help for his boyfriend.

The tension between Ian’s love for Mickey and his love for himself is central to Ian’s growth as a queer, mentally ill man. This tension pushes Ian to explore his evolving identity, which in turn allows the show to bring in other queer elements, like Ian’s brief affair with a pansexual man or his stint working at a gay dance club. It created an unexpected love triangle of sorts when Mickey escaped from jail and asked Ian to ditch his new boyfriend and hop the border to Mexico. At the last minute, Ian chose to stay behind.

There’s a moment just before Mickey leaves for prison at the end of the fifth season—we’re made to think it might be the last time we see him—where Mickey warns Ian that drinking alcohol on lithium can get him drunk all too quickly. Ian, angry at Mickey’s new attentiveness to his health, punches Mickey in the face. “I don’t need a fucking caretaker, alright?” Ian says, “I need the shit-talking bitch-slapping piece of South Side trash I fell for.” The scene so perfectly encapsulates the rarity of this kind of story—two tough, lower-class boys going against all of their “South Side trash” survival instincts by falling in love. 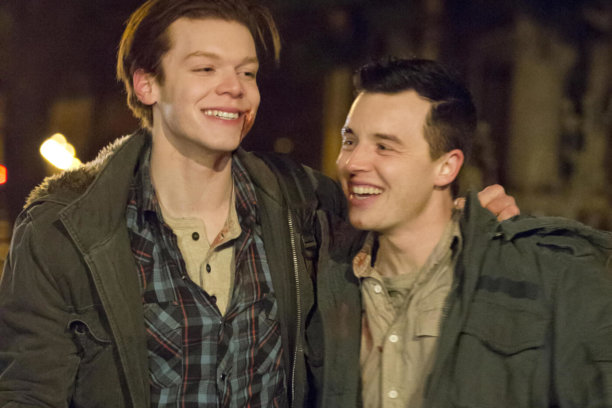 They end up mostly ignoring this fight, but the moment is deeply important to Ian’s character. He held so firmly to the idea of his relationship with Mickey as it once was that he fails to see how it’s evolved into something more mature and loving. He’s angry at Mickey for changing, but he failed to see that Mickey isn’t the only one who’s changed. Ian has also grown; he’s no longer fearful of being gay, and he’s finally beginning to understand his bipolar disorder. The process of coming out and falling in love—all while working to understand manic and depressive episodes—makes Ian more sure of himself, more thoughtful, and more aware of his identity. Whether or not Ian wants to acknowledge it, this growth has changed his relationship with Mickey, too.

Other Shameless characters experience realistic queer arcs, too. Veronica learned about pansexuality when she and her husband Kevin become part of a throuple with the woman Mickey was forced to marry, Svetlana. Fiona has a few moments where she shows some attraction to women. In the seventh season, Ian discovers that his new crush, Trevor, is a trans man, and he struggles with understanding Trevor’s gender identity, especially as it relates to dating and sex. The show grounds this struggle in a reality not often portrayed on TV: cis gay men dating trans men. I always admired this about Shameless: it took the necessary narrative time to show the unfolding of queer identity in all its nuance.

But the show’s most recent season—actually the first half of the ninth, with the remainder airing in the spring—lacks queer depth from its first episode. Frank’s outrageous STI-spreading plotline leads to the outing of two married men, but their sexuality is presented as the saccharine punchline to a joke. Debbie has sex with a woman for the first time and immediately declares herself a lesbian. Her brothers (including Ian) react with annoyance, and with good reason: Debbie’s supposed coming out is reduced to a momentary decision, rather than a complicated process. And then it’s left behind in favor of other plots in later episodes in the season. 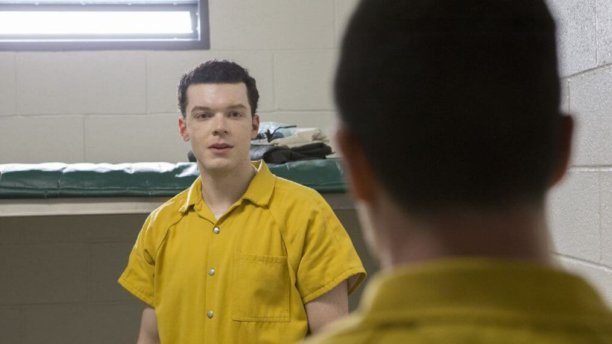 And then there’s Ian. In his last few episodes on the show, Ian is just the bones of the character we’ve come to care about. The eighth season showed Ian unintentionally beginning the Gay Jesus movement by speaking out against conversion therapy and homophobia, though it quickly escalated to extreme measures like firebombing. His plot in season nine is a carryover; he’s not given much to work with except the fallout of last season. He’s flat compared to the Ian we’ve come to love. His few storylines do nothing to speak to the trials he’s gone through for nearly 10 years on the show. It feels as if he’s been dropped in favor of characters who will be continuing on in future seasons.

Ian’s last moments on the show are meant to be fan service. Ian pleads guilty by reason of insanity, and, when he walks into his jail cell with his head held high, Mickey is there. Mickey, who’s had only the barest of mentions on the show over the last few years. Mickey explains briefly how he bribed his way into Ian’s cell, and then the two kiss, happy to be together again. On a surface level, this scene is enjoyable to watch, because so many viewers fell in love with Ian and Mickey as a couple, and the ways they helped each other understand their identities. But his last scene comes off instead as jarring, a poorly written fan-fiction ending completely at odds with Ian’s growth as a character.

Bringing Mickey back for Ian’s ending feels like a reversion to a past version of Ian, an Ian who didn’t understand the intricacies of his own identity. The show has allowed us to enjoy Ian’s evolution, both as a queer man and as a mentally ill one—but his last season arc ignores this in favor of fan service. If Ian’s conclusion is anything to go by, the best queer people can hope for in the universe of Shameless is to be reunited in jail with an ex-lover who probably wasn’t very good for you in the first place. 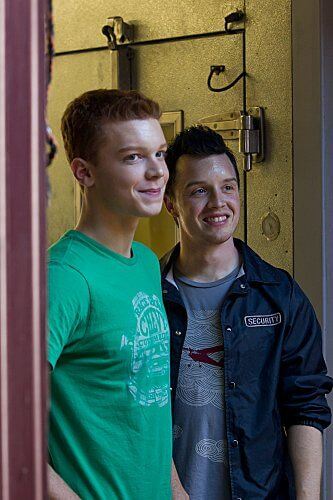 I’m not sure of the reasons behind Ian’s ending—maybe it did seem like the cleanest one to the writers in the limited time they had—but it doesn’t speak to Ian’s impact on the show. Through its many highs and lows, Shameless has consistently told non-normative queer stories with nuance, and much of that is thanks to Ian. He leaves behind a legacy of the ways in which the stumbling and hesitant journey of queer self-discovery can be rewarding, especially with the support and love of family, friends, and peers. Even at its most outrageous, the show has always managed to fit the intricacies of queer life into its brazen worldview. But for the first time, in its ninth season, Shameless reduces queerness to an afterthought, a plot point, a punchline — and, in doing so, it loses a fair amount of its heart.