On this week’s LGBTQ, Jeffrey Masters talks with Shangela about the current season of RuPaul’s Drag Race: All Stars, wanting to work in TV more, why she doesn’t take days off, and which queens to look out for on Season 10.

On this week’s LGBTQ, Jeffrey Masters talks with Shangela about the current season of RuPaul’s Drag Race: All Stars, wanting to work in TV more, why she doesn’t take days off, and which queens to look out for on Season 10.

Click here to listen to the full interview with Shangela on the podcast, LGBTQ, or read it here exclusively on INTO below.

Click here to listen to the full interview with Shangela on the podcast, LGBTQ, or read it here exclusively on INTO below. 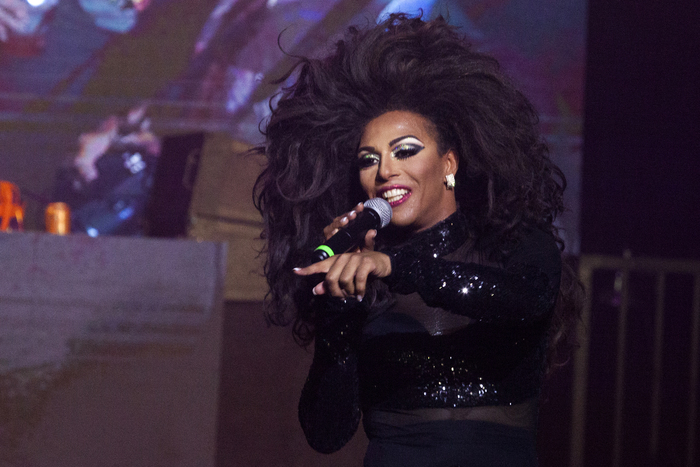 JM: What was going through your mind when BenDeLaCreme eliminated herself from the competition?

Shangela: I just went down to my knees because I was in such shock. We’d been working so hard to get to this point. Just knowing my journey from Season 2 and 3 and what I’ve done outside of Drag Race to get to this point, to get that call to come back for All Stars 3. I feel like I’m there representing the people who have put so much faith, time, money, and knowledge into me. I would feel as if I were letting those people down. Quitting has never been an option to me in my life. I grew up poor, I didn’t have a lot of money. If you didn’t go out and get a job and work, honey, you ain’t going nowhere.

JM: Looking at you from Season 2 and 3 to now, it’s a night and day difference.

Shangela: Everyday I’m learning new stuff. I don’t think I’m the best Drag queen out there, but I definitely I’m one of the hardest working. I hope that’s something that I represent to people who follow me or to have watched me grow up in Drag Race, because honestly, I started as a baby queen five months in. I came back for Season 3, only been doing Drag for still a year.

Shangela: Five months, a total of 10 shows. I was a baby queen, honey. Look at me walking in the room, I ain’t got hardly no makeup on. I thought I was painted lovely.

When BenDeLaCreme said, “This means a lot more to those girls than it does to me.” She is exactly right. It means a lot to me because it’s everything that I’ve put my faith in and work and tears and time away from family and not just being in my house. I’ve been working. To be at this point right now and hear Ru saying, “You are one of my All Stars.” I’m like, thank you. Six and a half years well worth it. 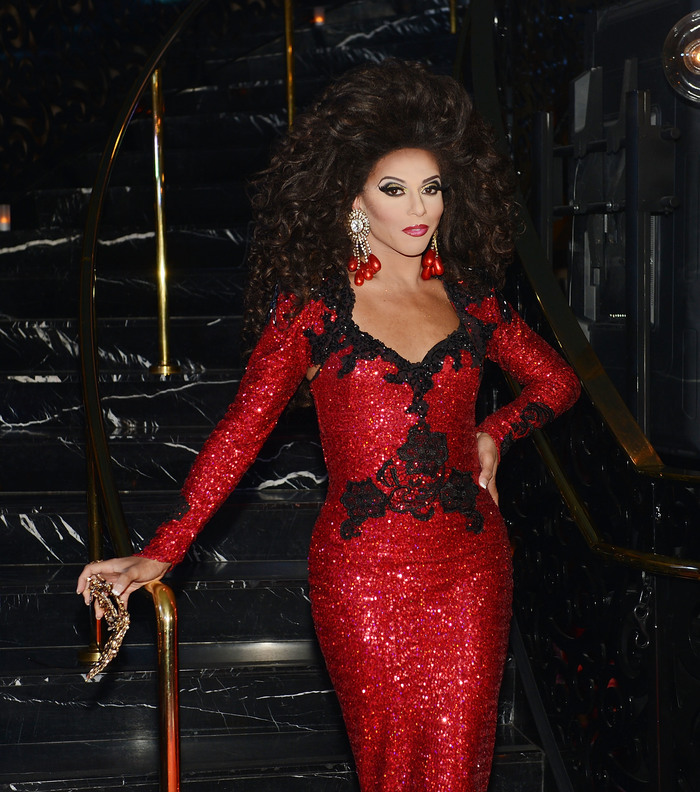 JM: When you looked around on the first day and thought about who your biggest competition was, did that change as the show went on?

Shangela: Remember, I’m also not just a contestant on Drag Race, I’m a fan of Drag Race. I know that just because you know a girl and think she’s not competitionthere’ve been times when I was coming in as a dark horse and they didn’t see me coming, baby. They all said, “We know what she does, the one, two step.” They didn’t know what I had up my sleeve.

JM: That surprises me because I think of you as a fan favorite.

Shangela: I appreciate that, but a lot of girls in the Drag Race world, they look up to me as a hard worker, but they don’t necessarily see me as a strong creative queen on the runway based on what I did in Season 2 and 3. That was five or six years ago and they haven’t seen me since.

JM: Watching and seeing confessionals for the first time, are you ever hurt by what queens say about you?

Shangela: You know what, in Season 3, I was because I was new and a little naïve. Now, its just something I’ve come to expect with Drag Race. In this group of All Stars, we have a greater respect for each other. We’ve worked together and have seen how hard each individual works. I’ve grown up too. I said some nasty comments back in the day. Hell, I threw a drink on a girl, but we’ve all grown up and evolved.

JM: You’ve worked on more TV shows than almost any other queen and want to do more. Doesn’t your crazy tour schedule pull you away from TV opportunities since you’re out of LA so much?

Shangela: Yes, it does. But I don’t know if it’s God, if it’s the way the universe works for me, but a lot of times these roles have just fallen into the pockets of when I’m going to be in town.

I’m that girl that will come film Tuesday, Wednesday, Thursday, and go get on an overnight flight to get to my gig on Friday. I think it’s really about when you’re present and you’re ready for something and you just have your mind like, “I can do it,” and the opportunity comes and you just match up and you do it. I went to Puerto Rico do a volunteer project right after the hurricane. They said, “You know there are hardly any flights, sister, you’re not going to be able to make it back.” I was like, “I’m going to make it back.” And I did. You just had to make it work.

Shangela: What really makes me take a day off is when I get sick. I got a cold after we came back from this tour in Brazil recently and I had to cancel two shows. I’ve hardly ever had to cancel anything. It hurts me. I broke my leg on stage, okay? I was in New York, I did a death drop that went wrong. I broke the tibia and fibula bones on the right leg, and still tried to finish the number on stage with one leg. 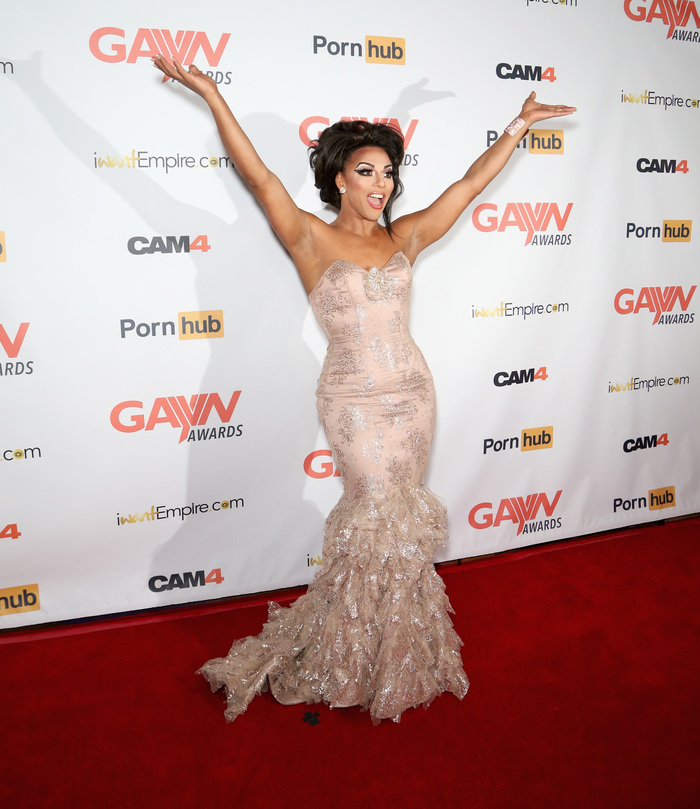 JM: How is that sustainable?

Shangela: I always say I was built for this. Everyone tells me that I need to rest more, to take time off. And I will. But honestly, I feel like I was built for this. I have a lot of energy for life. I have a good time, and I enjoy what I do, and I love people. That’s why I say, bring it. And I like money. I grew up with no money, so to be able to help take care of my family, to save, to work hard and have something to show for it, I love that.

JM: How does dating factor into your life when you’re traveling this much?

JM: Because the exposure from the show is amazing, but it doesn’t ensure a success, right?

Shangela: No. There are over 100 queens from RuPaul’s Drag Race that have been born to the world. Success is defined differently for every different queen, but the show is not just some cash cow or golden ticket to success. You’ve got to work.

Some of the hardest working girls who you see out there, people like Bianca Del Rio and Alaska and Alyssa Edwards, they’re out there working. That’s what it takes in order to be what you want to become.

JM: Looking at the Season 10 queens, do you have any favorites?

Shangela: Yes, I know some of them actually. Asia O’Hara, I used to back up dance for her. I danced backup for Asia and Alyssa when they each won Miss Gay USA. It’s awesome to see these girls who I’ve know to be on Drag Race now, and get this opportunity. I know Monét X Change, Miz Cracker, Aquaria. Those are the fire cracker kind of girls that bring a lot to the stage.

JM: Aquaria’s looks blow me away.

Shangela: Oh, she is sickening child, she is sickening. And she represents something that’s really part of where we’re headed with regard to drag. Drag continues to get younger and younger and younger, but age doesn’t have a thing to do with it. It’s all about how much time you’ve invested. She may be a young queen with regard to age, but she’s very polished and no one should underestimate her.

JM: Any advice for them?

Shangela: In my season, Season 3, I was working so hard to give them what I thought they wanted as opposed to what they really want which is the best version of you. That’s my advice to these queens, be you and they’ll come to love you. And don’t get crazy. Ride the wave, honey, don’t get crazy, and think before you tweet.

This has been edited and condensed. The full interview with Shangela is available as a podcast on iTunes, Spotify, Stitcher, and I Heart Radio.