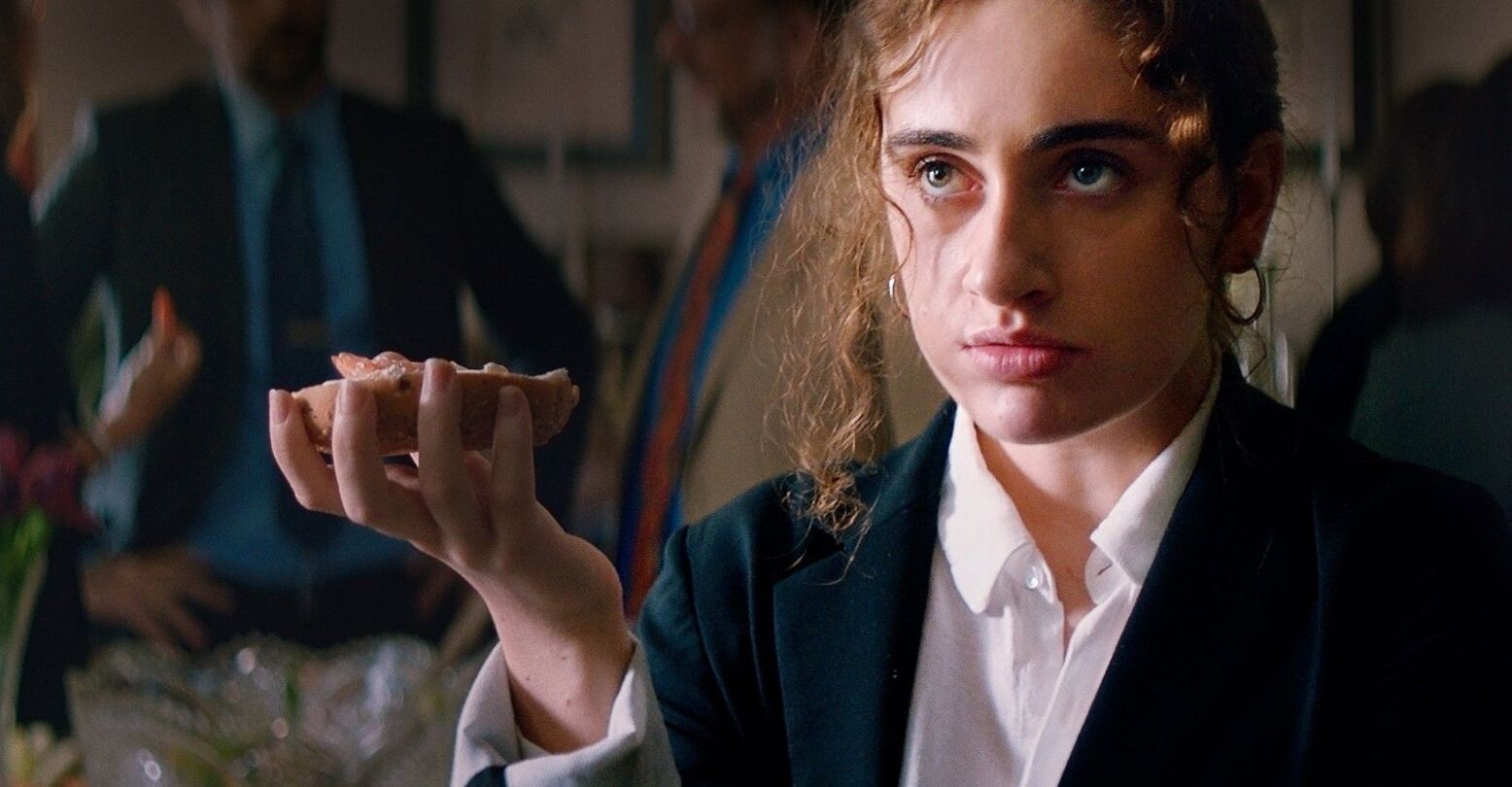 About a month into the pandemic, one of my best friends from Hebrew Day School got married. After unceremoniously moving back home less than six weeks from walking at graduation, getting the chance to watch an old friend make a lifetime commitment was a breath of fresh air at a time when everything seemed to be falling apart. Despite being the first time many of my old religious friends had seen me in person since starting transition, everything seemed to go off without a hitch. Only after the ceremony, sitting in my mom’s car, did I fully realize how strange many of the people from my past acted around me. Nobody said anything outright hostile, but I felt something so slightly off, like I was out of sync with everyone else. “You shouldn’t be too surprised,” my mom reflected, “you did show up to an orthodox wedding as a trans woman.”

It was a particular kind of social isolation I couldn’t describe until I watched Shiva Baby for the first time about two months ago. The film follows future independent adult Danielle as she attempts to get through a funeral service without letting it slip that she has no idea what she’s doing with her life. Danielle is at constant risk of being found out as a fraud, her facade falling but yet she continually denies that she has no idea what she’s doing. Her insecurity rests on how dependent she remains on her parents… and her sugar daddy. In one of the least subtle metaphors put to screen, Danielle is both a sugar baby, and a baby more generally, not wanting to embarrass her mother for the shame of having a daughter who never grew up.

Nobody said anything outright hostile, but I felt something so slightly off, like I was out of sync with everyone else.

The theme of delayed adolescence is something trans people are particularly aware of, as well as the pressure that comes from the expectations of a marginalized group. Both Orthodox Jewish and Transfemme cultures are small in number and insular in focus, guarded as a result of centuries defending ourselves from those that would destroy us if given the slight way in. A consequence of this is that everyone knows everyone, and everyone knows somebody’s shit. While Jewish culture uses small numbers as a means to enforce rituals and make sure that children grow up right, Transfemme culture is filled with screaming orphans, lost baby queers crying out for warmth and protection, or as Torrey Peters describes in one of the most quoted sections of Detransition Baby, juvenile elephants goring each other without a mother to protect them from one another, wielding their traumas like Knife Kid.

Up until recently, my approach to transitioning was similar— to be unapologetic and take my own space by force, like some feral animal clawing at a group of encroaching toddlers. There are, however, limits. After all, I could be as blunt and messy about my early transition because I had protection from human interaction as a result of the pandemic. Only after starting to interact with people again did I realize that I wasn’t an effortlessly charming girlboss, or a jaded crust punk goddess. I was an unemployed 23-year old living (literally) in my mother’s basement listening to my old townie friends tell me about their accomplishments and plans for grad school.

[I had] some vague notion that if I was cool and nonchalant enough, I could circumvent the inevitable shame and awkwardness of being a baby queer

Like Danielle, the hardest thing to admit was that I was burned out and scared and had no idea what I was doing with my life. In all honesty, I still don’t know. Within two weeks of finding an apartment in San Francisco, I left my childhood home for a brand new city with a job I hated, one or two friends on this coast, and some vague notion that if I was cool and nonchalant enough, I could circumvent the inevitable shame and awkwardness of being a baby queer, but oftentimes trying to run from those feelings is exactly what marks one as a child. Ironically, the only way to grow is to be vulnerable and admit that you need what everyone else needs— protection, reassurance, and the space to feel safe in your own skin.

It’s no wonder that texts like Shiva Baby and Detransition Baby (as well as HBO’s Veneno) have become as popular as they are in recent months. As with any destabilizing event, the pandemic has made children of us all. Breaking down is a completely rational decision, accepting that many things are out of our control. In Detransition Baby, Ames fails in his transition because he is never able to let go of the protection his social masculinity provided him. He’s never able to be vulnerable around those he supposedly trusts, and I don’t blame him. To be trans in American society is to know that no one has your back, and that you can only rely on yourself for survival.

It is strange to reach a point in my transition where the tools that kept me alive are suddenly useless. The stoicism I learned helped me survive, but is antithetical to the kind of emotional vulnerability demanded from women— the decades-long “female socialization” process that many trans girls miss being educated on. I am a child again, looking for a mother in the face of everyone I meet, looking for wisdom in the words of the trans girl smoking menthols with me on the stoop of my apartment, admitting that to grow I have to trust, and finally be rid of the suit hanging in the back of my closet. For the first time in my life, I don’t have to be strong.♦