Director Joachim Trier proves he’s masterful at creating dark psychological thrillers with his new offering, Thelma. The Norwegian filmmaker behind the 2015 English-language, American-based Louder Than Bombs returned to his home country for a supernatural story about a young woman whose coming out to herself coincides with her going into epileptic seizures in publicseizures that can sometimes lead to violent and deadly occurrences.

But while this might sound like the well-trodden tropey narrative of queer-tinged horror flicks in the past, wherein punishment befalls the lesbian who acts on her “sexual perversions,” instead, Trier’s protagonist is finding how to take control of herself in all facets of her life, leading to something decidedly less sinister.

Thelma is a stunning, frenetic, and felicitous feature that follows the titular college student as she attempts to unravel herself from the grips of her deeply religious family. Thelma (played by the perfectly on-edge Eili Harboe) finds herself falling for her peer Anja (Kaya Wilkins), which simultaneously stresses her to the point of unleashing her telekinetic powers. Comparisons to Stephen King’s Firestarter or Carrie are not unwarranted, but the addition of Thelma’s decision to thwart convention and embrace the things about her that others might consider evil help distinguish the film that Norway chose as its Best Foreign Film selection for this year’s Academy Awards.

As a straight-identified cis man, Trier might not be the likeliest candidate to treat LGBTQ-themed subject matter with nuance. But unlike those before him who have insisted on inserting their male gaze in gratuitously long sex scenes (Abdellatif Kechiche’s Blue is the Warmest Color, Darren Aronofsky’s Black Swan) or arguably worse, a desexualizing of the lesbians altogether (Peter Sollett’s Freeheld), Trier’s take is much more stylized, with (literally!) snaking symbolism that suggests the true horror lies not in being a lesbian who can threaten the lives of an entire venue full of ballet attendees by bringing the ceiling down on their heads, but of not becoming the individual she so purely wants to be.

“We did realize that venturing into this genre that there were some attitudes about punishing sexuality, particularly women, which we felt was kind of old fashioned and also cruel,” Trier tells INTO. He said that he and his co-writer Eskil Vogt looked to George A. Romero’s Season of the Witch to help establish a theme of true empowerment in becoming their own protagonist leaving a life of perceived normalcy and becoming “the other.”

Trier credits his time spent as a DJ among diverse communities as affording him the opportunity to become enmeshed in queer culture.

“It’s nothing to brag about,” he jokes about his side career, but goes on to say that his playing and identifying with outsider genres like disco, punk, and hip hop helped him to embrace “the alternative way to look at things.”

“Think about disco as sort of the urban phenomena of queer culture, of black and Hispanic culture, of liberated women who didn’t want to have to get married but rather to have a career in New York rather than to be just a mom,” he said. “That kind of cultureand also punkis sort of the outside perspective of trying to find your own path both creatively and lifestyle wise. So, to me, that’s always been about where I came from. And also in terms of film, I have always been curious to explore slightly alternative forms, so this coincides very well with the making of a story about someone who needs to find acceptance and love and who is feeling kind of lost as an outsider.”

As a character, Thelma is most harmful to herself and others when she’s not able to embrace that kind of otherness that is ultimately true authenticity. Trier said he sees the theme as as a necessity in both family and society “to trust in an an individual and trust each other.”

“Speaking of the issue of Thelma falling in love with a girl, it’s not a film about parents telling her explicitly that it is wrong,” Trier said. “It’s the soft and scary power of our dependency of being loved and then not accepting ourselves for who we need to be, that’s the real struggle. It’s internalization of a lot of the views or boundaries that are so sucky to be put in place in a young person’s life that I feel has sometimes been the most painful. That could go for many people, it’s not only religious families but there needs to be a space for trust, maybe that sounds a bit abstract but that has become a very important issue in this film that we want to talk about.”

Thelma has been widely well-reviewed and considered a true contender for the Best Foreign Film Oscar, but Trier said while he’d surely be thrilled to be honored with a nomination and hopeful win, he’s already felt successful with the film having been the cause of conversation in Norway.

“I know that the film has become an topic of debate in certain parts of the country and I welcome that,” Trier said, noting that things have much improved in terms of LGBTQ equality in Norway. “I think that is good and healthy. A debate is always good because it provokes an opportunity to speak out about these suppressive views or environments that exist.”

But largely, Norwegians have loved the film, and Trier credits his people as being “very tolerant and people with great understanding in individuals loving who you need to love.” This week, Thelma will screen in Russia, despite the country’s anti-LGBTQ propaganda laws.

“I believe it is sort of being perceived with its cinema release as a horror or supernatural thriller, but actually it’s a film about queer identity,” Trier said. “And I think that is a fun and great bi-product of the fact that we were sort of flirting with genres but I guess it goes slightly under the radar, sort of a smuggling of a lesbian romance. I spoke to some Russian media who kind of embraced that a bit.” 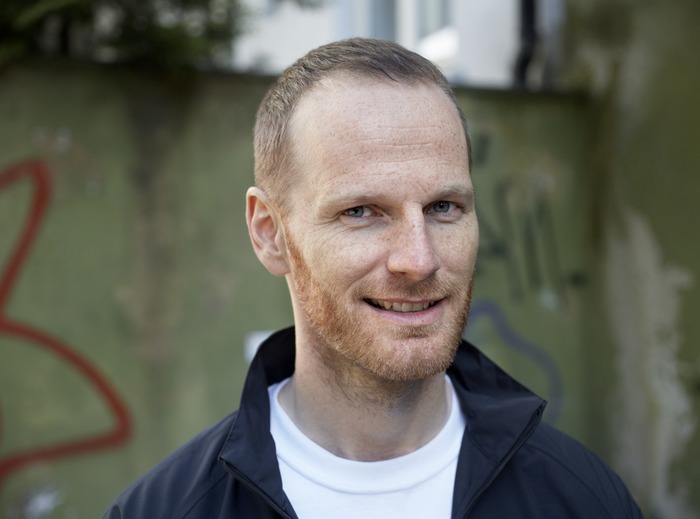 Trier is the first to admit that taking on on a sapphic supernatural thriller is somewhat outside of the box for him. He called it a “risky project,” but mostly because he rarely works in genre; more so in character-driven dramas that don’t need any special effects.

“I took a chance in making something that was a mix between a character-driven film but also sort of these more fantastical elements has actually been such a relief that people haven’t completely you know, thought it was the wrong thing or didn’t understand it,” he said. “So, it’s actually been sort of a liberating experience more than anything. “

Also liberating is Trier’s approach to discussing the film, which is also quite different from how male filmmakers have taken on the task in previous press junkets and interviews for their respective lesbian-themed films. Instead of trying to overlook the “lesbian” aspect and pushing their films as “universal stories” that attempt to downplay the queerness at their center, Trier wants to make sure conversations about Thelma don’t disregard the sexuality aspect altogether in favor of the film’s additional allegories.

“It is such an ingrained part of why I wanted to make this film,” Trier said. “It’s about self-acceptance and I felt that on top of that, I could create what I found to be a beautiful love story between two young women. It just seemed like a cool and right thing to do.”

With staunch competition expected in his respective category, Trier won’t necessarily be a long shot. Butshould he win with Thelma, it would be well-deserved.

Thelma is in theaters now.

Images via The Orchard