I spend a lot of my time reading comic books and looking for the buried queerness in the panels.

I can squeeze a juicy drop of queerness out of the most unyielding stone of genre fiction; in fact, I’ve made it my mission to glean the swish from the swashbuckler. When it comes to superheroes, the list of LGBTQ+ characters is unfortunately not a long one. Queer comic book fans often have to make do with subtext, which I’m all for, or turn to graphic novel memoirs like Alison Bechdel’s Fun Home to find stories that they can relate to.

So when a queer character actually shows up in a superhero book, or even more rare, a queer character headlines their own solo series, I breathe a deep sigh of relief because that means I don’t have to do any mental gymnastics. My power of homosexual second sight can take the night off and I get to read a story about a character I can see some of myself in. Thus, my immense excitement in the return of Marvel’s Iceman series from queer writer Sina Grace. 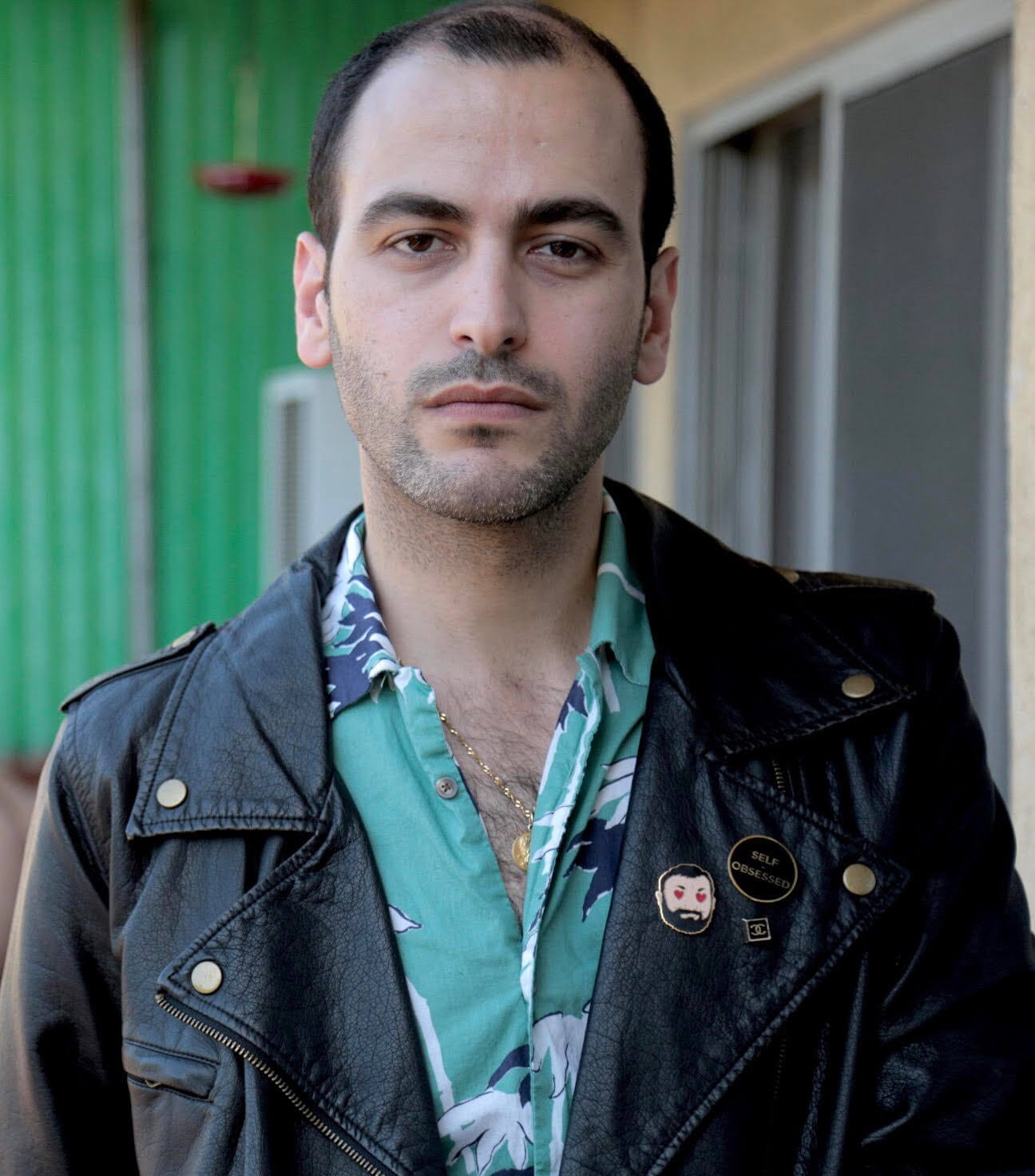 Before we dig in, a quick recap of what’s happened so far.

Previously in Iceman: Bobby Drake (aka Iceman of the X-Men) was outed by time-displaced telepath Jean Grey. Since then he has tackled explaining his queer identity to ex-girlfriends, processed coming out to his conservative parents with the help of his younger self, and started (then ended) his first gay relationship.

Our “queero” also traded blows with the bigoted right-wing Purifier hate group, human battering ram Juggernaut, and saved the Xavier Institute for Mutant Education and Outreach from sleazy nightmare thot Daken.  When you’re a super-powered mutant living in a world that hates and fears you things can get complicated. Sound familiar?

Taking on the task of updating a beloved character that’s been around since 1963 is a tall order. Not only do you have to sift through nearly sixty years of continuity, but you have to deal with the fact that some comic book fans could be resistant to a gay storyline. Writer Brian Michael Bendis made the call to have Iceman come out while he was writing many of the X-Men titles in 2015 and there was a fair amount of uproar from conservative readers.

“When we first started working on Iceman, my editor and I were trying to be sensitive to how the book should still read like an X-Men comic, but one where the main character happens to be gay,” Grace says. “We were both approaching it as queer people who live in major coastal cities and though we weren’t trying to ‘play to the middle’ necessarily, we wanted to keep in mind that not everyone is going to be interested or ready to dive into the deep end of conversations that we might be having in New York or Los Angeles.” 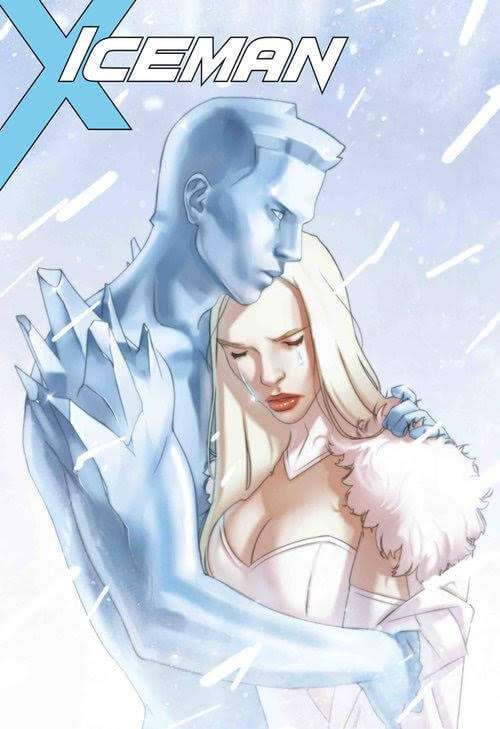 Grace is no stranger to the graphic novel medium — he is the author and artist behind several autobiographical books (including Self-Obsessed and Not My Bag) and traces his interest in comics back to an early age.

“I’ve been interested in comic books since all the way back in elementary school. In high school, I was attending comic conventions and interning at a comic company called Top Cow Productions,” Grace says. “In college, I started self-publishing zines. Every time I learned something new I wanted to dive in deeper and as I got older I really began to appreciate the autonomy of the form.”

Much of Grace’s work draws on his own personal lived experience as a queer person and the issues that come along with that. Approaching Iceman was an exercise in mapping real-life emotional stakes onto a character who is opening a new chapter of their life — and also has the power to control ice.

“I was approaching the first Iceman run drawing from personal accounts and stories from my friends about the queer late bloomer effect,” Grace says. “The first series was a ‘coming out’ story and this new run is a ‘being out’ story. It’s more about living in your skin, finding balance, discovering your community, and deciding what you owe your community.”

Understanding the nuanced differences between those two types of queer narratives is sometimes lost on straight writers despite their best intentions.

The character of Iceman has gone through many changes since his debut in The X-Men #1 in 1963, and he has appeared in hundreds of comic books, mostly as comic relief. Through various time travel related shenanigans he’s met his younger self and discovered that in some future timeline he is destined to become an extremely powerful “ice wizard.” In this new limited series, Sina Grace looks to explore what Iceman can do when he’s not holding himself back.

“There is this larger notion with the character around ‘unfulfilled potential’ and in the continuity of X-Men comics he’s been told that he’s one of the most powerful mutants ever, an Omega Level Mutant, but his history doesn’t necessarily reflect that. We wanted to dig into that. Why hasn’t he blossomed?”

The initial Iceman solo series enjoyed critical success and explored exciting new storylines but the individual issues struggled on the market and the series was eventually canceled. The return of the series, according to Grace, is based almost entirely on capitalism.

“Iceman coming back was such a huge surprise for me. A lot of books went on the chopping block at the same time and it’s always a matter of sales numbers,” Grace says. “Luckily, Marvel gave me the time and freedom to wrap up the first series with an 11th issue and I felt really taken care of. And then book sold really well in the collected trades on the book market and Marvel reached out.”

The comic book industry, in general, is seeing a steady decline in single issue sales and publishers are looking for new ways to approach a changing readership. The “direct market” sales approach and a monopoly held by Diamond Comics Distributors has led to comic book “floppies” only being sold in specialty shops and physical issues are now “non-returnable,” meaning if shops don’t sell the comics that they’ve ordered, they’re just stuck taking an L on profit.

“That’s the challenge of these type of books moving forward. Titles will be reaching out to a new type of consumer who doesn’t buy single issue floppies every month,” Grace says. “It’s tough to figure out who your readership is when modern readers don’t necessarily frequent comic book stores.”

Though physical book sales struggle, there is still hope. Genre fiction and comic books are where new advancements in narrative storytelling begin, and who’s writing these stories matters. Tapping into the experiences of marginalized people opens up new realms that are essential to understanding our own world.

“There is so much brilliant storytelling waiting to happen when you ask the question: How does someone that has everything working against them save the world?” Grace says. “That’s where the future of conflict narratives is going to come from.”

If we as queer people want to see our lives reflected in the media we take in, we need to create the stories we want to see and support queer artists. Where and how we spend our money speaks volumes.

“Some of our favorite drag queens have been inspired specifically by the X-Men. Comic books give you eye candy and they’re funny!” Grace insists. “Iceman is a funny book. If your ass can buy a David Sedaris book, your ass can buy an X-Men comic. Comics are cool again, Honey!”

Iceman #1 by Sina Grace and Nate Stockman will be available on Comixology and in stores on September 12th.