Aloysius D. is a Singapore-based burlesque and drag performer, writer and organizer of queer and literary events. By day, though, they’re an educator who works with children in a state that is still debating its position on nonbinary people.

“Singapore’s media and art is still controlled by the authorities, and this still restricts the kind of art we make, how we present it and who gets to see it,” Aloysius told INTO. “All films and performances, except open mics, have to be submitted to and given a rating by the authorities. LGBTQ content is given extra scrutiny.”

“Very simply,” they continued, “LGBTQ content which in which the LGBTQ character does not get punished or repent for their identity or orientation is generally deemed unsuitable for audiences under 18. Producers of LGBTQ-themed plays, poetry readings or performance art need to check audience members’ identification cards at the door to make sure they can legally be there.” 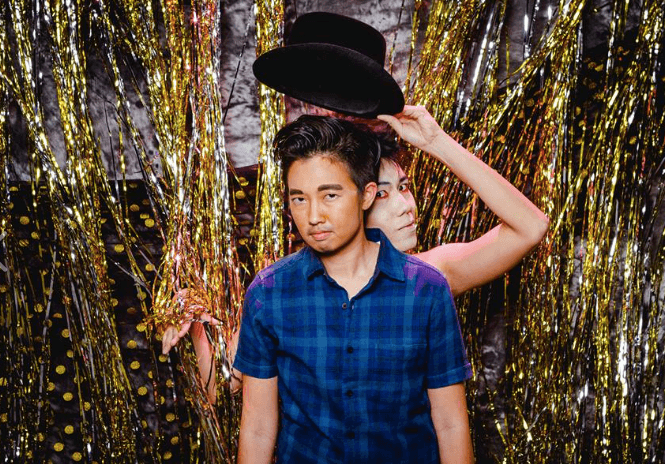 Despite recent changes to the draconian colonial law in India that penalizes sex between two men, Singapore is only a stone’s throw from Malaysia, where recently two women were caned for having same-sex relations, and is not far from Indonesia, where anti-LGBTQ police raids and homophobic political rhetoric are causing a public health crisis by stigmatizing and persecuting non-heteronormative behaviors.

“Singapore, also a former colony, has the same law,” Aloysius said.  “Though the law has not been enforced for many years, it has huge social, political and symbolic implications for the rights of LGBTQ people. Many LGBTQ artists are publicly supporting the repeal, though there is also a growing anti-LGBTQ movement which is campaigning to keep the law.”

Given the situation, it seems both pretty ballsy and necessary to start to perform and foster an environment where gender-play and questioning is normalized and acceptable.

“Aloysius is a parody of a rich, entitled Chinese Singaporean,” the performer explained of their persona. “In Singapore, Chinese people have massive amounts of privilege. He is basically an upper-class Chinese boy who was a poetry star, who had gone to Oxford and performed poems about the difficulty of ordering food where no one understood his received pronunciation and the trials of being a rich straight Chinese Singaporean poet. It’s a way for me to talk about and own my privilege as middle class Chinese Singaporean person who went to university.” 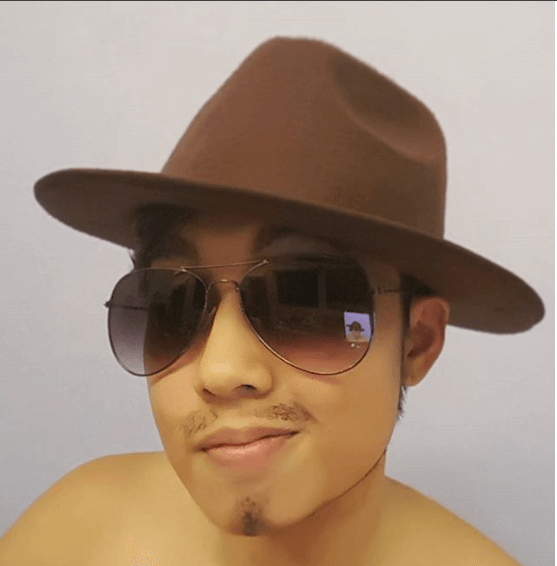 “I wanted to explore my own discomfort of coming back to Singapore as someone who had the massive privilege of studying in the UK and the US for eight years,” they continued. “It was very on the nose. Essentially in the act, Aloysius comes back to Singapore with a suitcase and an MIT hoodie. He proudly shows off the college name to the audience then strips and struts around to a patriotic song. I was told by a Singaporean Chinese artist friend who studied abroad that part made them uncomfortable as it hit a bit too close to home.”

Aloysius’ performance ends with a recording of someone reading out a government letter about the reason why another show involving taking off clothes at a fringe festival that year was refused a license – a stark reminder of the level of censorship such acts labor under in Singapore. It is also unusual to see Asian queer/female masculinity represented on stage, and this is also what has drawn Aloysius to the stage.

“When I first started burlesque, I knew I wanted to do it as a drag king. I was not comfortable with taking off my clothes or being onstage while presenting as femme/female. For a long time, I really did not want to be perceived as Asian and feminine onstage because that was not who I was,” Aloysius said. “I really enjoy being Aloysius, though it was a huge learning curve understanding how to move in ways that would let the audience know I was a guy. There was lot of un-learning ways of moving that I had picked up while growing up. I had to learn about contouring to make my face look more stereotypically masculine and it gave me a deeper respect for people who are passionate and knowledgeable about makeup. It taught me that makeup does not have to be a gendered thing.”

Like a drag chameleon – a drageleon or chamelequeen, if you will – Aloysius has also developed a femme persona through burlesque: Polly A. Murry. 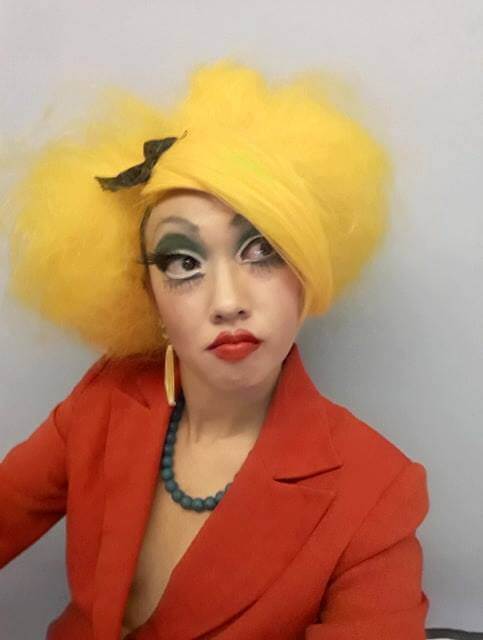 “Polly A. Murry was another huge learning experience, learning how to look and move in a hyper-feminine way, embracing and exaggerating movements that I try and avoid in real life, and how to hold an audience’s attention as a femme,” they said. “I process a lot of this as being in drag all over again. Being Polly is the most confident I have felt onstage in a dress and feels less of a satire than Aloysius, is maybe a bit dirtier.”

Aloysius says Singapore’s queer scene is becoming more progressive and intersectional, despite the pervasive mindset that LGBTQs are still inappropriate.

“There is a greater recognition of diverse voices and experiences and more people in Singapore, including myself, are comfortable with coming out as bisexual, trans, or non-binary than ever before,” they said. “From my rose-tinted, social-media filtered perspective today, I feel the scene has become more aware of intersectionality, there is more bisexual and trans visibility and spaces for queer people of color.”