It’s become something of a musical cliché for bands to describe their records as “personal.” But independent group Cub Sport’s sophomore album BATS, however, justifies the label.

Written both on the road and in the home of frontman Tim Nelson, it’s a touching musical “coming out” which details his romance with bandmate and now-fiancé Sam Nettlefield. The album represents a pivotal moment for the Australian musicians, who have spent more than half a decade crafting a strong, diverse discography.

During this time, they’ve gone through some line-up changes but ultimately amassed a loyal fanbase, which recently followed them on tour with The 1975. Now, it’s their turn to headlinean upcoming US tour looks set to open them up to an even bigger audience.

This surge of exposure comes on the back of their strongest release yet. Musically, BATS is a sonic tapestry of pop, electronica, and gospel with a sprinkling of R and the kind of pop melodies that beg you to sing along.

In the wake of its release, we reached out to the band’s lead vocalist to talk creative control, coming out, and falling in love. 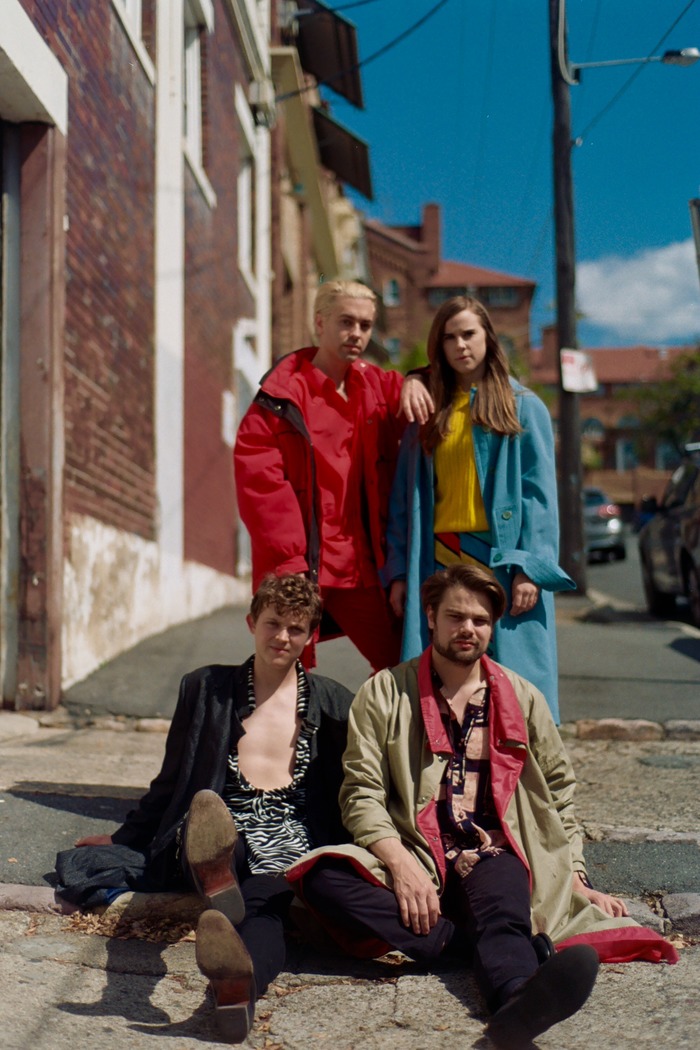 This album is all about coming out and falling in love. Was it difficult to write, or did it feel natural to talk about these things?

Tim Nelson: When I started writing BATS I had hardly come out to myself. I wasn’t writing with the next Cub Sport release in mind, I was listening to how I was feeling and letting that flow through my writing and recording. In those spontaneous moments of pressing record and singing whatever melody and words came out, it’s like I was allowing the purest part of whatever I was feeling to shine through, without being cluttered by my mind trying to make sense of it. It was a really important part of me processing my feelings.

How long did it take to write and record the album in total?

TN: I had written a bunch of new songs between recording and releasing our debut, This Is Our Vice, and continued to write and record throughout that album cycle. Then, when it was time to put together our second album, we chose the songs that felt the most important; the most “right,” sonically.

When you’re creating music, what does a regular day look like for you?

TN: I do most of my writing and recording at home, so I’m usually just hanging out with my dogs Missy and Evieit’s nice and relaxed. Once I feel like a song is starting to take form, I like to listen to it on a run through a reserve near my place. I make notes, then come home and keep working on it.

How does it feel to be an independent band in today’s music industry?

TN: It feels good! Being self-managed and independent is a lot of work, but we have a really amazing team around us who make what we’re doing possible. There’s nothing but love and good vibes, and it makes the whole thing a positive experienceeven on the bad days!

The lyrics to “Chasin’” allude to internalized homophobia, which is a conversation many are reluctant to have. Why did you feel it was important to include?

TN: I wrote “Chasin’” around 10 months before I came outit felt like a pivotal first step in starting to be honest with myself. That song feels like the true start of the BATS journey, and I hope that, by sharing some insight into my own identity struggle, I can provide comfort to anybody experiencing the same emotions.

Tell us about the recently-released video; what kind of story were you and the team behind it looking to tell?

TN: Our vision for the video was “radical softness.” We wanted to express the power in being vulnerable and soft, and to create something really beautiful. For years, I feel like I held back; I tried to be a “normal” man, so it felt really good to make a super pretty video which challenged the standards I had grown up with. 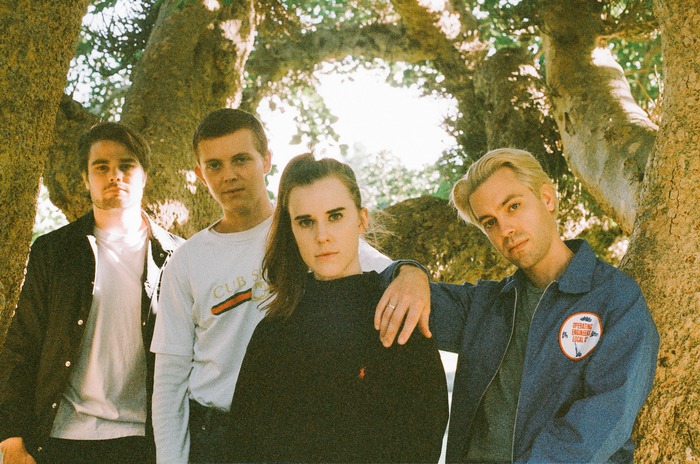 Sonically, what differentiates BATS and your previous work?

TN: I recorded most of BATS at home, and a lot of the production from my demos stayed the same for the final album versions. It’s still a pop album but, in comparison to our earlier releases, it’s much more chilled and has some soul and R influences trickling in throughout. That’s a vibe which feels more true to who I am.

You’ve toured the world over the last few years. Is there any one place that gave you a particularly memorable experience?

TN: Our show in Salt Lake City on our This Is Our Vice tour was really special. The show was at 7pm on a Monday night, so it was broad daylight, really hot, and the venue was pretty much a tin shed, so we weren’t expecting the vibiest show! But, when we arrived, there were already groups of people waiting, and they’d driven three to fourhours to be there! The show was so fun, and everyone was singing along; then, we had an extended meet-and-greet hangout afterwards. It was so, so nice.

Australia’s “Yes” vote was obviously pretty pivotal, as you’re now engaged! How was the question popped?

TN: Sam just blurted it out one night when we were chatting in bed. He said he had more of a grand plan in the works but felt that moment was just right, so he just did it!

Because this album is so much about sexuality, do you worry about being pigeonholed from now on?

TN: I’m hoping that, soon, being queer won’t be enough of a “thing” that people use it to categorize artists. In the meantime, if people do want to label us, we’ll wear that label with pride.

Do you feel any pressure to be more political or outspoken in your future work?

TN: No, not really. I mean, queer identity will always be present in what we do, because that’s who we are and those are the experiences I have to write about. I think, if I had a goal of being specifically outspoken or political in my writing, I’d likely lose a certain spark which really feels like it’s there at the moment.