Sir Ian McKellan was questioned Thursday on the accusations against his ex-collaborator, Kevin Spacey, and his responses were confusing.

McKellan worked with Spacey during the House of Cards actor’s stint as artistic director at London’s Old Vic theater. On Thursday, McKellan spoke to BBC’s Today, and was asked if he thinks Spacey should act again. He initially dodged the question, jeering, “You’re asking me if I believe in redemption? Yes, I believe in redemption, of course.” When pressed further, the famed gay actor said he couldn’t comment on Spacey because “there have been many accusations that have not really been gone into” or been “understood.”

But when it comes to Spacey’s sexuality, McKellan did have some mildly contentious thoughts.

“The only thing I would say about Mr. Spacey was that he was a gay man, and he was pretending not to be,” McKellen said. “And I always thought it a bit distasteful that such a person would come to our countrywhere the National Theatre at the time was being run by a gay man, and the Royal Shakespeare by anotherthat we should have a closeted gay man at the center of British theater.” The actor continued, “You get into problems, don’t you, if you lie, if you pretend?”

McKellan came out in 1988 and advocated for gay rights in the U.K. On one hand, I can understand the frustration of a famous gay activist whose colleague wouldn’t offer the same support for the cause. Spacey only came out as gay after a barrage of accusations of sexual assault and harassment came to lightsome of which involved minors. The LGBTQ community has fought hard to separate ourselves from harmful stereotypes like pedophilia or predatory behavior, so Spacey’s attempt to use his sexuality as a plea for sympathy was insulting and reversed years of grueling work. 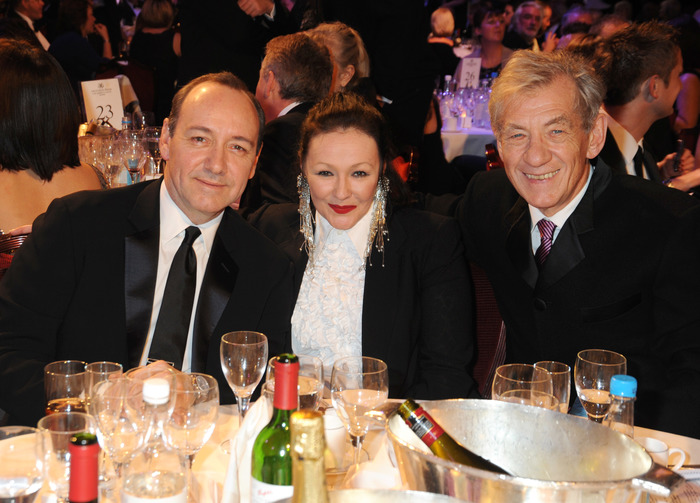 On the other handand this is tough to articulate, so I’ll try my bestnobody owes anyone a coming out story. It’s hard to hear McKellan declare when he thinks is the best time for someone else to come out. Although Spacey is a white, wealthy, cisgender, privileged male, we never know what someone is going through in their life that’s preventing them from coming out.

With that being said, fuck Kevin Spacey, and I don’t care what pain he might’ve been going through, knowing that he was repeatedly assaulting minors. For that reason, McKellan’s comments are complex and tough to dissect, and if he weren’t speaking specifically about Spacey, I’d be nothing short of outraged at the notion that someone could shame someone for being closeted.

As a result of the gross accusations against him, Spacey was fired from his Emmy-winning Netflix show and checked into a treatment facility in November.