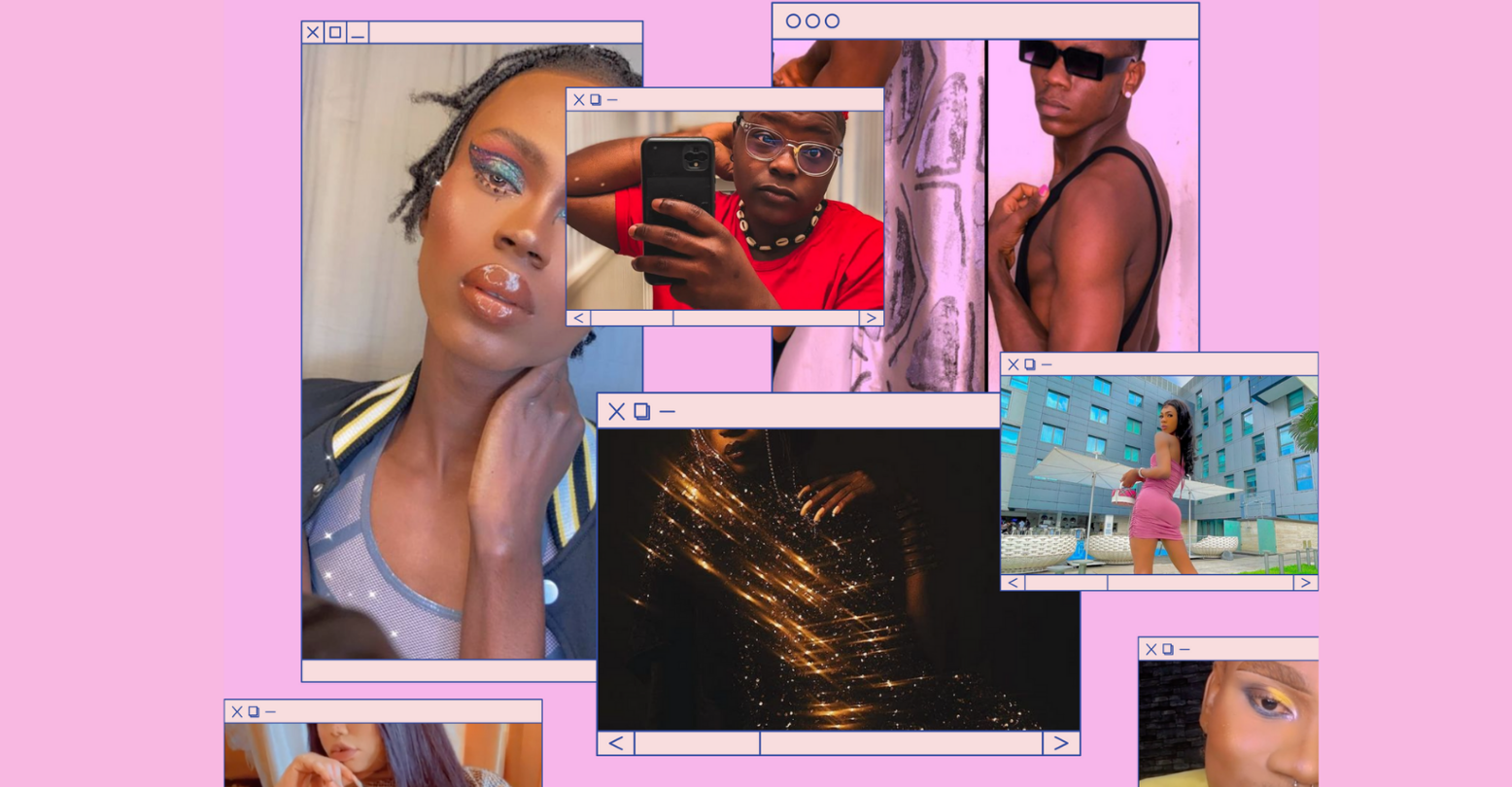 Social media is a tool for expression, activism, and, ideologically speaking, a safe place for everyone. In Nigeria, a country upholding conservatism at its highest peak with its criminalization of same-sex marriage and relationship under the 2014 Same-Sex Marriage Prohibition Act, social media platforms carries and document the life and experience of gender-nonconforming folks. Through these platforms, people who do not identify or conform with certain gender roles and norms are expressing themselves in order to shatter the country’s orthodox norms. This act of self-expression is often met with hostility, verbal abuse, and cyberbullying from the much larger hidebound audience on the internet and this reverses the full belief that social media is a safe place, but nevertheless, gender-nonconforming individuals have and continue to outdo the pessimistic effects of social platforms and are finding time to accept some of its good.

Popularly known figures like Bobrisky and James Brown fit the mold of gender-nonconforming people who have wielded the power of social media to their advantage, amassing a large number of followers. These two persons have remained in their truest form, bold, loud and unapologetic. They’ve also created a place for themselves in mainstream pop culture: their mannerisms and gestures have been transformed into relatable reaction videos and memes, despite a never-ending cycle of cyberbullying and backlash. Apart from these social media sensations, other gender non-conforming people use their social media, not just as a platform to express themselves, but to channel their creativity.

Micheal, who is a makeup artist, explains that men wearing makeup wasn’t a common phenomenon in 2019, but after he made his debut makeup video on Instagram, the overall reaction stirred an assurance in him that social platforms were a safe place for him to express himself. As someone who has been active on the internet since his high school days, 2019 was a whole new beginning for him. Now, as you stroll through his page, you are immediately welcomed into a utopia of witty makeup transformation videos and an endless array of a ‘beat face’ Like Micheal, Uche, who is a model and a creative artist, is known for his androgynous fashion sense and doesn’t believe social media is equipped yet to be branded as a safe place. “I genuinely don’t believe it is, but my page is my space. It doesn’t make any backlash I might get from expressing myself any softer, otherwise, cyberbullying wouldn’t be a thing. In any case, I choose to express myself regardless. It’s me curating my journey through time and space, and everyone else is welcomed to witness it.”

In the past eight years, the most impactful role social media has helped play in Uche’s gender expression would be “the reach it allows, the possibility of inspiring someone else to be their most authentic self.”

“My page is my space, but it doesn’t make any backlash I might get from expressing myself any softer.”

For someone like Godwin, popularly known as OnyxGodwin on Instagram, the platform has been very beneficial. With over 15,000 thousand followers, their page showcases them in their truest form, in a series of post shared dating back to May 2020, Godwin is all glammed up in makeup, a wig, and a dress. The post is also tagged #androgynous #genderfluid #femme, #dragqueen, #nonbinary, which serve as a way to connect them with a larger queer-friendly audience. “I have gotten jobs, money, invites and followers from social media,” they tell me. They elaborate on how they’ve has been offered various jobs ranging from acting, modeling gigs, and interning just to highlight a few. Godwin also joins Uche as another individual who shedding light on cyberbullying on these platforms. “There’s the constant trolling, it gets to me sometimes but I mostly just ignore them.” For Godwin, the sense of community that social platforms bring is a rare privilege, and they are grateful for it.

On Twitter, Victor Emmanuel, another nonbinary individual I spoke to, is not only expressing their true self: he’s mixing visibility with queer activism. When he’s not sharing a daring look where his nails are painted or a photo wearing bold lipstick, he’s spending hours curating youtube videos where he addresses queer-centered topics with a budding audience. He tells me social media is a continuing experience. “Apart from my activism, I also have fun on the platforms, there’s always going to be opposition but I decided I’d have a voice regardless I’d sit at tables reserved for ‘normal ‘ people, I’d take up space where it says  ‘off bounds’  and that’s my mandate”.

Put some respekt on my name!

Last October, Nigeria witnessed one of the most revolutionary protests in its history with a call to put an end to police brutality. Gender-nonconforming folks and the queer community, in general, were among the marginalized group facing brutality and harassment from the police based on how they look and present themselves before the groundbreaking protest commenced. Social media helped shed light on such experiences with the police. It was also on these platforms that strategy and contemplation to ‘hit’ the street began with several gender-nonconforming folks speaking up against the oppression against them.

I was constantly in front of a camera all through this year so it’s hard to pick just four 😭😭😭 https://t.co/5Zg0g856iH pic.twitter.com/3dYemnrlBx

Social media space to some extent as a safe place helped to document the experience and also played a role in finalizing the decision to commence a protest. As long as social platforms exist, some part of it will continue to be used as a tool to document the reality and experience of everything that falls into the category of  nonconformity in a hyper-conservative space like Nigeria.♦