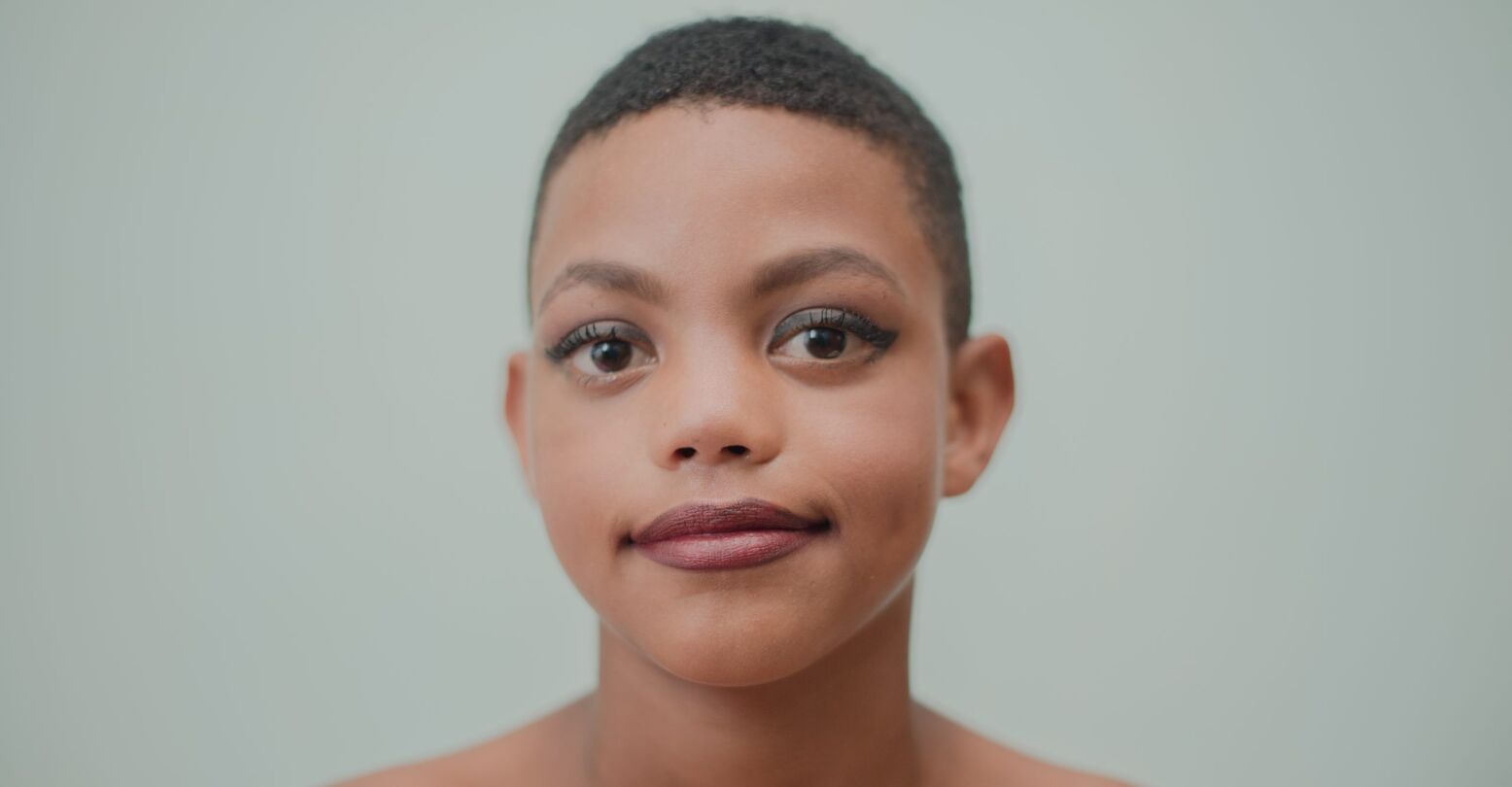 For the last couple of weeks, I have had to endure invasive and unsolicited questions, suggestions and advice from teachers and strangers about my 6-year-old brother’s cornrows.

As if that was not annoying enough, the uncle next door asked me to say hi to “my gay brother.” Flustered and confused, I asked him who he was referring to and he casually disclaimed, “oh, the one, with the cornrows of course!”

I’m sure there are bigger problems in the world than a minor misidentification of a little first grader because of his hairstyle choices. Still, a child who is still learning the alphabet having to endure unfamiliar slurs and mockery solely because of his hair preference embodies South Africa perfectly, unfortunately.  Normally, I would take such statements with a grain of salt, but to have my brother, who has no sense of perception and mature reasoning be labeled as queer infuriated me. I was livid not because of his alleged queerness, but because I know what immediately follows after the neighborhood spots a gay guy: imminent bullying, vilification, and subsequent death through either suicide or by the hands of red-eyed homophobes.

A child who is still learning the alphabet having to endure unfamiliar slurs and mockery solely because of his hair preference embodies South Africa perfectly, unfortunately.

The motherland is an undoubtedly beautiful country with undeniably toxic age-old practices. The death of the Zulu leader, King Goodwill Zwelithini kaBhekuzulu earlier this year was met with a mix of emotions ranging from sorrow to pride and to indifference. The responses from most Zulu mourners were exemplary of the very values that are instilled in African men and women: that men are to be strong and not emote, and that women are meant to be modest and take pride in their femininity. Culture being the primary source of our identity is both a blessing and a curse. On the bright side, we have knowledge of where we come from, which, by some ancestral promise will eventually guarantee the certainty of where we are going. The downside of it, however, is that we are raised by values that are closed off to the very qualities that make us human. One such example is the notion that a man must not ever cry. This simple statement has done the harshest of harm than good. It’s a very rigid nature that equates vulnerability to femininity and closes off all possibilities for the existence of the multidimensionality of human emotions irrespective of gender. This has narrowed masculinity, and if it has made it nothing else, it has surely made it horribly toxic.

Culture being the primary source of our identity is both a blessing and a curse.

The introduction of newborn babies to their ancestors by their initial gender serves the purpose of connecting them with their guides so that they could be provided with protection and other needs. When a child is male, his guides will obviously be expected to find a wife for him and vice versa. No child is introduced to his ancestors as non-binary, as that would not only be bizarre but is also seen as spitting in the face of the child’s ancestors. This is where the banishment and disowning of most African queer children comes from. Of course, this is not standard practice for all South Africans as our cultures are not the same, but the premise of our roots is pretty much wired that way. Take that and pair it with the heteronormative-centered sexual health education system in our schools and you got yourself the perfect homophobic country.

No child is introduced to his ancestors as non-binary, as that would not only be bizarre but is also seen as spitting in the face of the child’s ancestors.

Religion is the very essence of Africa. It is because of this that the concept of pleasing God becomes second nature to every African kid from birth. Like every viewer on Youtube, I burst out laughing innocently at the sheer directness of a Ugandan News host when he asked his transgender and gay activist guest Pepe Julian Onzima, ">“why are you gay?” on live national television.

I was given to understand that the humor came from his lack of political correctness that stemmed from a genuine curiosity about the LGBTQ+ community. Despite the questionable hilarity of the host’s straight-shooting persona, he unfortunately represents a great number of African parents, teachers, and religious leaders today. I have lost count of the exorcisms I have witnessed that aimed to ‘cast the gay demon out’ of queer churchgoers. Being a preacher’s kid myself, I have had to sit in on family meetings about buying my lesbian sister some dresses and skirts to ‘gradually ease her way into femininity’. Every time we watch television and the faintest hint of homosexuality is depicted, the entire living room gets filled with complaints of how the gay characters must be sjamboked (whipped). Every man in South Africa is to fit Shaka Zulu’s profile and every woman must be his equal. The sad thing is that African parents make the very communities that we grow and live in a toxic and vile place that has limited safe spaces for queer people.

I have lost count of the exorcisms I have witnessed that aimed to ‘cast the gay demon out’ of queer churchgoers.

I guess it’s the spontaneous quality of Twitter that makes it the perfect disguise for a queer-friendly space, thanks to the temporary gratification that cancel culture brings. I’m not denying the simple pleasure of ruining the very life of a homophobe found on the wrong side of a viral hashtag, but Twitter “wokeness” in the face of homophobia is not the revolution that we think it is. The anti-gay man at the taxi rank does not have a Twitter account. The predatory pastor at the highly problematic religious cult has no idea what the #MeToo movement is. The senile verbally abusive and conservative old lady next door could care less about being canceled online. Turning victims of homophobia into hashtags in the search for justice when they were assaulted, killed or raped by folk who are oblivious to social media is futile. The country is a lot less kind offline. This is the rape capital of the world and it houses extreme gay-bashers. They kill gay men for being “feminine”, they kill lesbians for not liking men and existing in a manner that does not feed their egos, and they kill straight women for doing just that.

“It is a little better for me to escape being killed, because I confuse the enemy by not dressing too feminine,” speech therapist Tshwarelo Mashike, a proud survivor of homophobic attacks, says. “The groping at clubs are followed by me being called stabane (faggot) if opposed. I take my life in my hands every time I walk outside.”

As an attorney trainee, I can tell you just how long of a shot all those petitions, hashtags, and tagging of the police system in our country really are. In April alone, five fatal homophobic attacks were reported with no coverage from parliament. South Africa hates the LGBTQ+ community. The ‘rainbow nation’ has no place for the rainbow community. It has its hands full with the false sense of praise that is brought by confiscating liquor from motorists violating no-alcohol lockdown provisions. The good news is that our law is regularly expanding. As one of the first countries to legalize gay marriage, I believe that with the correct amount of legal support, legislation specially catered for the protection and regulation of queer folk can be implemented. Until then, all we have is ourselves.♦

Money Neo Mathibela is a law graduate from the University of North West. She has worked professionally and casually as a tutor for undergraduate law students and currently works as an online English tutor for foreign Asian citizens. She is also a published freelance writer, essayist and is currently serving her articles of clerkship as a trainee attorney. Money has served freelance as an assistant in foreign exchange programs in the United States of America and Sweden to advocate for environmental health and education justice for African countries. As an avid feminist and advocate for queer rights, she stands strong in her quest and desire to shine the light on the rights and capabilities of the LGBTQI+ community. As a private law trainee, she strives to use the law to combat the violation of queer people’s rights.
Tags: homophobia, South Africa, Zulu