Cody Critcheloe wants to hear his songs on the radio.

“That is my dream,” the artist who performs as SSION tells INTO. “Like, this random DIY album from like some total weirdo, somehow, some way, a track gets on the radio and it becomes a massive hit. That would be so major.”

The alternative-pop artist released SSION’s third studio album, O, to rave reviews earlier this month. Outside of the music and visual art he’s done for SSION, Critcheloe has made his name directing and creating work for Robyn, Perfume Genius and the Yeah Yeah Yeahs, but now, he’s back to focusing on his incredibly queer new music.

INTO spoke with Critcheloe about collaborations, O, and his love of Liza. 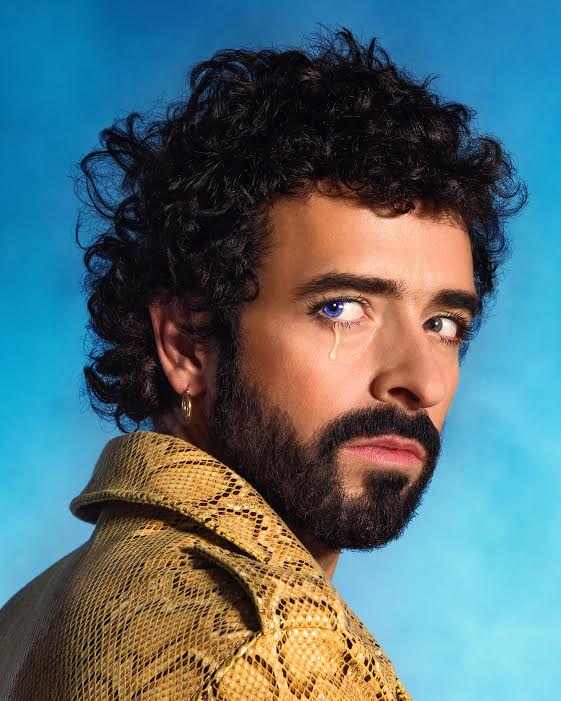 How does it feel to have the album out, your first in seven years?

At this point, I don’t take any of it for granted. I’m just so, so, so grateful that people are hearing it, that people are liking it, that the response has been good. I feel like a lot of this album, there’s not a voice comparable to it at the moment. It feels good to be able to put that out into the world.

I was shocked to see the rockers on the album, like Jennifer Herrema from Royal Trux and Patty Schemel from Hole. How did that come about?

I grew up as a kid loving pop, but it wasn’t until I got into punk rock that I decided I wanted to be in a band. Hole was the first music that I got into that changed that game for me. And then Jennifer, I loved Royal Trux, that was one of my favorite bands. I was such a huge fan, I made these dolls of her and Neil [Hagerty] when I was in high school and sent it to their fan club. [I] found out a few years ago through a mutual friend that Jennifer had those dolls still hanging in her house, and she had kept the fan note that I had written to them. This friend was like, “Oh my god, I know this guy he’s in this band.” And so that’s how me and Jennifer connected.

There are a lot of queer themes, feminist themes on the album. I was wondering about working with Ariel Pink, since he’s said some things in the past, that some fans might be shocked to see that pairing. What would you say to that?

First of all, Ariel is an incredible songwriter. I’ve always loved his music. Maybe I don’t know as much as I should about things that he’s said, but personally, anything that I’ve read has been really blown out of proportion. I don’t know, I just don’t put a lot of weight into that because I think we live in a time that is extremely sensational. I’m not sure what he said exactly, but to be totally honest, I just don’t care. I think he’s an amazing person and I was really excited to get to work with him on something. What has he said? I actually have no idea.

I think the big thing was him saying something about Westboro Baptist, supporting them and free speech.

Don’t you think that’s kind of funny? I have a really irreverent sense of humor. The true core of queercore was the ability to take something like that and flip it and be like, “Yeah, I love the Westboro Baptist Church. I want to have sex with everyone there.” I feel like you have to take that with a sense of humor. What did he say exactly?

There was one quote where it was like, You’ve got to admire a country where you can tell someone they’re going to hell, and that’s OK.

It’s a great quote! The thing that pisses me off why get offended about that? You don’t even believe in heaven and hell, right? So, why the fuck do you care? That kind of stuff is really aggravating to me.

So in that video for the song with Ariel, “At Least the Sky Is Blue,” you got him in drag as Elizabeth Taylor. What was that shoot like?

It was like a five-day shoot, he was only there for one day and only for like three hours. We had a body double for the rest of the time because the rest of the shoot was so insanely grueling. But as far as shooting Ariel and me in drag, it was really fun. It was just silly, and I thought he looked amazing. Obviously he doesn’t give a shit, he was more than happy to do it.

And what made you choose Liza Minnelli?

My mom actually kind of looks like Liza Minnelli, and I always thought like I could look like her if I was in drag. It’s so funny I wish I could do an interview about a video before I have shot it, because after it’s done, I’ve already forgotten all of the layers behind it. I’m like, “Oh yeah, wait why was I Liza Minnelli?” I had a really good reason for that, and now I can’t remember. 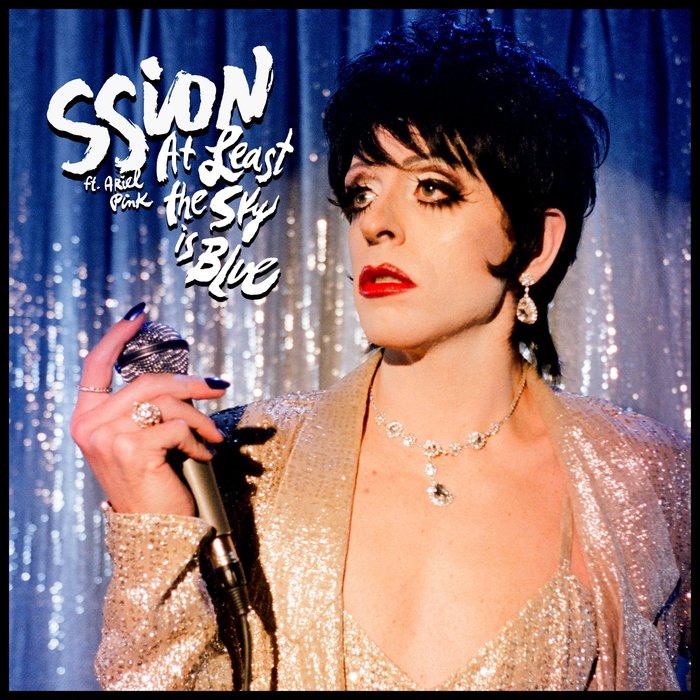 I fell in love with the idea of which I kind of think is the vibe of the record having that breakdown where we do a Neil Young cover about the trials and tribulations of being a rocker, but having two old-school drag queens mime the song.

You said you wanted to do an interview about a video before it was shot. Are you allowed to say what video is in the works next?

Oh yeah, we shot the video for “Heaven Is My Thing Again.” It’s going to be super cute. This video’s a straight-up performance video that kind of goes astray. The whole thing falls apart, essentially. It’s a very joyful, childlike, destructive quality to it.

It seems like you’re keeping busy. Is there anything you haven’t gotten around to yet that you still want to do?

I want to make a feature-length film, for sure. Not even music video based I’d love to direct a movie. It’s one of those things where I’m not really in a rush for it at the moment because I’m so deeply in love with this album. But I know for a fact I have to make a feature film at some point in my life.

The video for “Heaven Is My Thing Again” comes out in June. SSION performs June 30 at the Bowery Ballroom in New York.