As the tributes pour in, you’re going to hear a lot about Stan Lee in the next few days.

You’re going to hear how he publicly rallied against racism in the late ’60s, proving himself to be a true ally of the Civil Rights Movement back when it wasn’t easy to be. You’re also going to hear personal stories from fellow comic book legends who felt privileged to work within the incredible universe that he created alongside Jack Kirby and Steve Ditko. More than anything else, though, you’re going to hear personal accounts from fans around the world whose lives were genuinely changed for the better thanks to the characters that he created.

True story: My 10 yr old son was at the end of a Stan Lee autograph line at a con. Stan gets ready to leave & my son finds he doesn't have enough money with him. Stan Lee sees him, signs his Spider-man comic, won't take any money, talks to my kid for 20 minutes. #Excelsior #RIP

Unfortunately, though, you might also hear some things that won’t be easy to hear. You might be reminded that Stan Lee was accused of sexual harassment by multiple nurses just earlier this year. You might also be reminded that he himself was allegedly abused by carers towards the end of his life. In between all of the wonderful tributes that are being posted on social media, you might even encounter trolls who are already making jokes about his death while claiming that he was homophobic — or, at the very least, intolerant of queer identity.

There’s still a great deal of contention revolving around those abuse and harassment claims that’s impossible to fully unpack outside of the law. However, what I cannot abide are the people who actively fight to diminish Stan’s legacy and the impact that his creations had on countless members of the LGBTQ community, including me.

How To Live Life The Marvel Way

It should come as no surprise that plenty of queer people find comfort in reading about superheroes. While they too learn to hide who they truly are early on, larger-than-life characters like Superman and Wonder Woman also possess a strength that closeted members of the LGBTQ community often wish that they had too.

Stan Lee did not single-handedly invent the superhero genre, even though it sometimes feels like that’s the case. What he did instead was imbue these once perfect archetypes with real flaws that made them more relatable than ever before, revealing to us readers that heroes don’t have to be perfect and neither do we. We just have to fight for what is right.

When I first started reading comics, I was too young to understand why it upset me so much when J. Jonah Jameson unfairly tried to turn the city against Spider-Man. When I first read about Bruce Banner and his struggle to contain the rage he felt inside, I hadn’t yet been able to define the anger I often felt too, but didn’t know how to express. And just like the Thing feared that no one would ever love a monster like him, I too convinced myself that I was no longer worthy of love once I realized that I was gay.

Each of the heroes that Stan Lee co-created back in the early ’60s spoke to our insecurities in one way or another, but none truly represented the LGBTQ experience like Marvel’s Merry Mutants, the X-Men. Although much was made at first of the parallels that Professor Xavier’s team shared with those who fought for equality in the civil rights movement, the allegory has since extended to symbolize the plight faced by queer people. 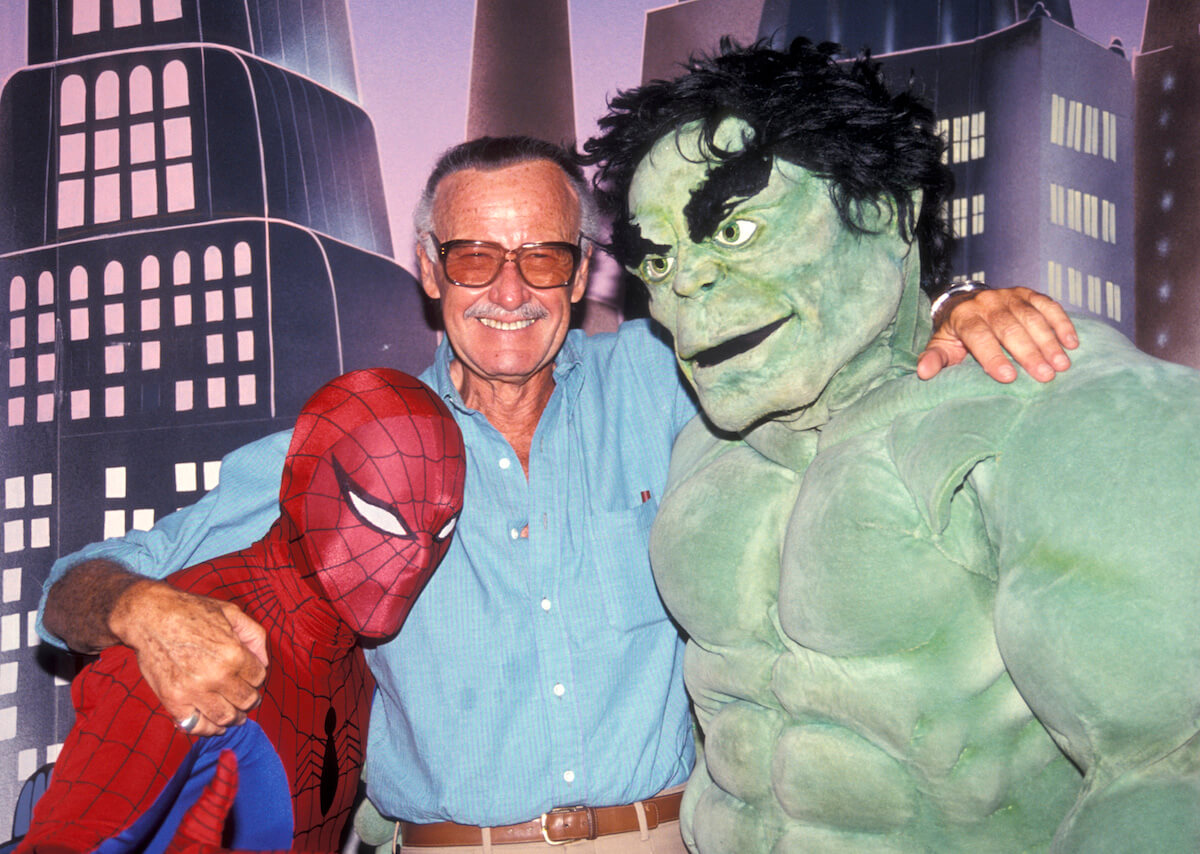 “Have you ever tried not being a mutant?”

Fighting for a world that fears and hates them, the X-Men are persecuted simply because they’re different. Much like members of the LGBTQ community, mutants are also demonized and governments worldwide have fought to strip them of their rights as well.

Since Stan the Man moved onto new projects, other writers built on these parallels in the years that followed by introducing new obstacles like The Mutant Registration Act (segregation) and the Legacy Virus (AIDS), both of which clearly symbolize real-world struggles that have long plagued the queer community. However, every problem that Marvel’s mutants have ever faced can all be traced back to the very first issues of X-Men written by Stan Lee in 1963.

As a young fan of the comics and the ’90s animated show, I didn’t actively connect the mutant experience to my own at first, yet I still felt a kinship of sorts with Stan’s most beloved creations. Mutants and queer people alike first realize that they’re different in their early teens, so it’s no surprise that my love for the X-Men grew as I grew, too. In a media landscape almost devoid of positive representation, where else were people like me supposed to find characters that they could identify with?

Thanks to my own quirk of nature, I too felt the pressure to come out and reveal myself to the world early on, even when I wasn’t ready to do so. It wasn’t until the release of X2: United in cinemas that I first saw the coming out experience represented on screen; in this case, by Bobby Drake when he reveals a ‘shameful’ secret to his parents and then finds like-minded friends in the safe space of the X-Mansion.

During that time, I found solace in the stylised panels of Marvel’s best comics, escaping from both the intolerance of others and my own gnawing self-doubt. That’s why characters like the X-Men were so important to me and people like me. Instead of hiding who they were, these mutants wore bright colors out and proud, refusing to conform or feel ashamed of who they were. I used to admire that about them deeply and still do today.

Trapped In The Negative Zone

Detractors might point out that Stan Lee never created a gay superhero of his own and they wouldn’t be wrong. Marvel as a whole refused to acknowledge the LGBTQ community in a positive way for decades and even in the ’90s, the company enforced a policy where any series that featured prominent gay characters was forced to carry an “Adults Only” label. It’s no wonder then that Stan himself didn’t incorporate queer themes into his work back in the day, but that hasn’t stopped critics from arguing that Marvel’s former head honcho is still homophobic.

While speaking to She Knows a few years back, Lee claimed that creating a gay superhero had “never occurred” to him before, explaining that he can only write about what he knows. Around the same time, Lee also told Newsarama that he doesn’t “see any reason to change the sexual proclivities of a character (like Spider-Man) once they’ve already been established,” though he would have “no problem with creating new, homosexual superheroes.” Sure, some might see this as a cop-out of sorts, but failed attempts to write about a queer experience he could have never understood might have been even more problematic for Stan in the long run.

While he didn’t explicitly incorporate LGBTQ themes into his work beyond the general “outsider” allegory, Stan clearly wasn’t opposed to such practice either. Back in 2008, Stan the Man officially began development on a groundbreaking TV adaptation of Perry Moore’s novel, Hero. Although the project ultimately fell through, this story of a young gay superhero in training would have predated the current influx of queer vigilantes on our TV screens by almost a decade, confirming Stan’s status as a pioneer in this century, too.

When he discovered that Iceman had become openly gay in the comics, Stan accepted this development wholeheartedly, telling Today that the priority should always be about telling “good stories.” Now that comics are more progressive than ever, the foundation of “good stories” that Stan built over 50 years ago continues to inspire new generations of readers lured in by Marvel’s cinematic success. 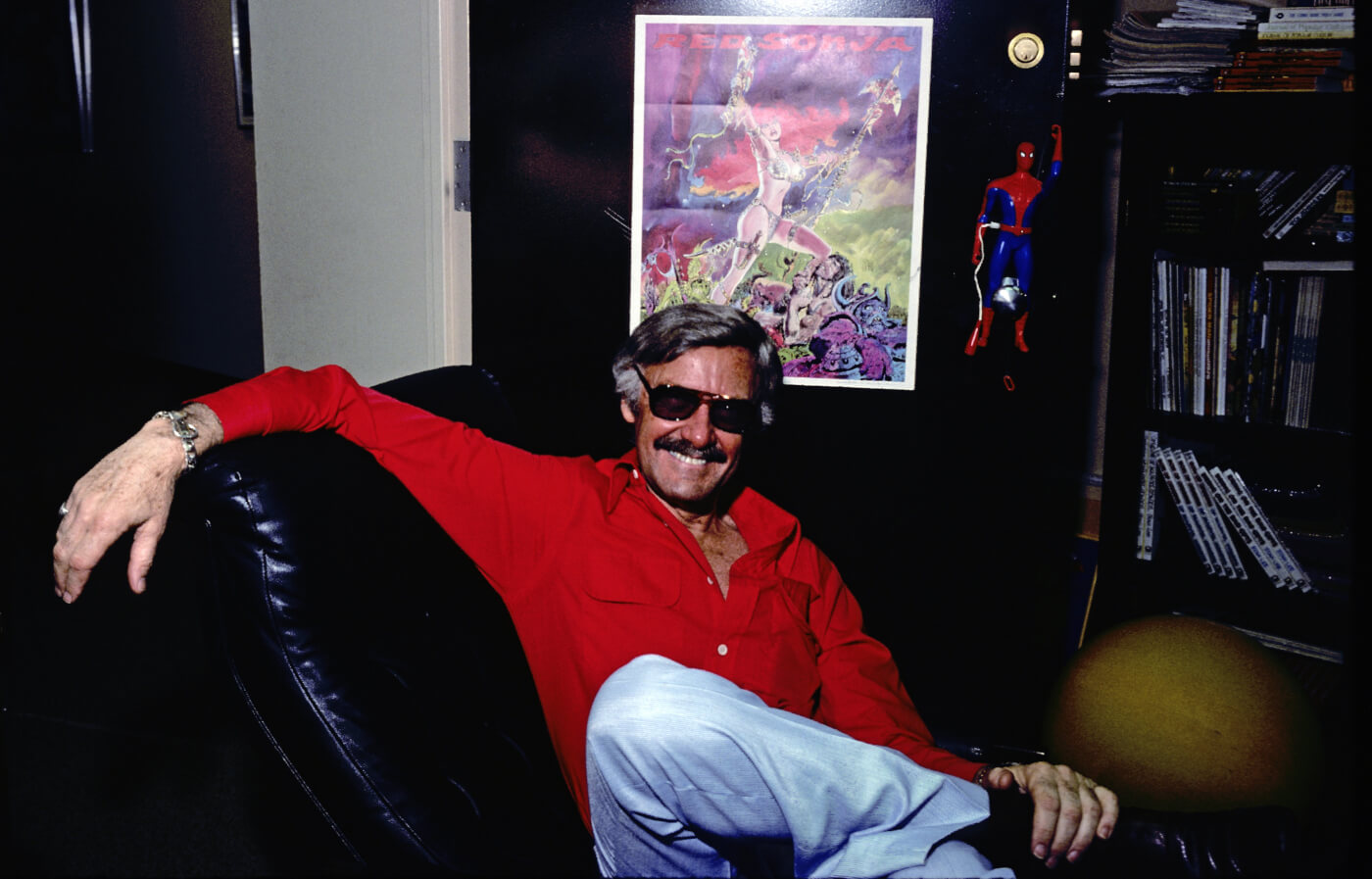 You only have to read the letter pages featured in each issue of the latest Iceman series to see how representation makes a real impact on people’s lives. No longer restrained by policies that forced queer characters to hide in metaphor, openly gay writers like Sina Grace can push symbolic placeholders aside in favor of genuinely queer characters that LGBTQ readers can now identify with. None of this would have been possible without Stan Lee, though.

Marvel’s former head honcho used to be embarrassed by his profession, believing that comic book writing was less important than other careers, but he soon realized how wrong he was: “Entertainment is one of the most important things in people’s lives. Without it, they might go off the deep end.” While I can’t speak for everyone, I can personally corroborate these words myself. Without the likes of Spider-Man and the X-Men to make me feel like it was OK to be different, I honestly don’t know where the younger version of me might have ended up.

Luck was Stan Lee’s favorite superpower, and while I wasn’t lucky enough to meet him in the flesh, myself and countless other queer people still count ourselves lucky every day. We’re lucky that he created so many characters who symbolize hope, not just for us, but for anyone who feels like they don’t belong. Like I said before, you’re going to hear a lot of things about Stan Lee in the next few days and if we’re as lucky as I think we are, then future generations will hear plenty more in the decades to come as well.

Thank you, Stan, for using your great powers so responsibly. Excelsior!